For original article in Portuguese in Carta Capital click here.

Brazil currently has 12 million people living in favelas. They are responsible for generating R$38.6 billion per year in commercial activity, which is equivalent, for example, to the GDP of Bolivia. If they were a state, they would form the fifth most populous Brazilian state; Rio de Janeiro’s favelas alone would comprise, together, the ninth largest city in the country. 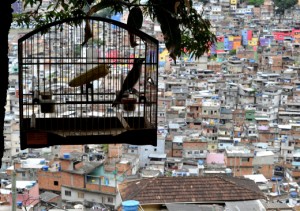 The figures, released on Wednesday February 20th, are the result of DataFavela, a study conducted by the Data Popular institute in partnership with Celso Athayde, former head of the Central Única de Favelas (CUFA), and is based on a projection that crossed IBGE and national census (PNAD) data.

The study showed that most of these communities are concentrated in large cities, but the North region has the highest percentage of population living in favelas, about 10% of their total population.

The average age of favela residents is 30 years, 3 years younger than indicated by the last study. The self-reported ethnicity remains predominantly black, but showing an increase from 61% to 67% of the total favela population. The percentage of blacks in communities on the urban periphery is higher than in the general population: 67% versus the 52% national average.

Favela residents are proud of where they live, according to the study: 85% like the place where they live, 80% are proud of where they live and 70% would continue to live in their communities, even if their income doubled. In a testimonial reported in the parallel study Geração C – Especial Comunidades Cariocas, 18-year-old Paula, married, the mother of a 2-year-old girl, and a resident of a favela in Rio de Janeiro expresses the general feeling: “What I think is bad in the community is the shootings and trafficking, but I have always lived here and I want to stay here because my whole family is close by. Here, everybody helps each other.”

The infrastructure has improved significantly over the past 10 years, according to the study. In 2002, only 6 out of 10 people had access to piped water, whereas now the number has increased to 9 out of 10, an increase of 50%. The percentage of people who benefit from collective garbage collection reached 80%, while in 2002 only 40% of their waste was collected and was done so indirectly.