Monday, Feb. 25, 2013–Residents of Largo do Tanque undergo forced evictions and demolition of homes in Rio de Janeiro’s West Zone, to make room for the Transcarioca highway and BRT, whose final trajectory is still unknown to the public. In under 2 weeks, 54 houses were demolished and hundreds of residents left to fend for themselves. Sledgehammers and bulldozers brought homes down as neighbors who hadn’t yet settled with the authorities looked on. The City assessor sent to handle negotiations told residents not to speak with one another or seek legal advice otherwise he would reduce settlement offers. The psychological pressure was overwhelming, many residents succumbing to terror tactics and agreeing to incredibly low compensations, as low as R$7000 (US$3500). Most residents we spoke with cannot afford to buy even a plot of land with the amounts given as compensation and will be forced to rent kitchenettes, at less than 20m2. Brazilian law should protect these residents, who had built their homes over more than 5 years. As established in the Brazilian Constitution, and in accordance with local legislation (the Organic Municipal Law), the duration of residents’ life in the area gave them legal rights to the homes, while compensation should allow them to attain an equal situation elsewhere. None of these were heeded.

With the hours given by City officials for residents to move out, many belongings are left behind. One former resident told us the story of how the demolition began as he was picking up his compensation check downtown. 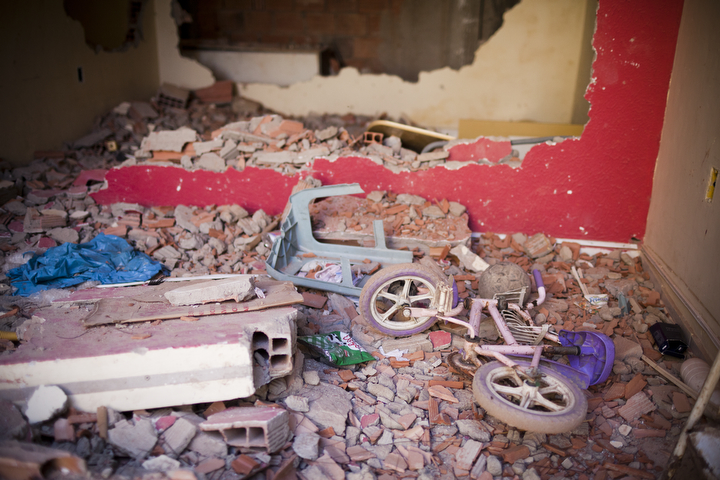 The Job of Sledgehammers

Sledgehammers are used by manual workers to make homes “uninhabitable.” 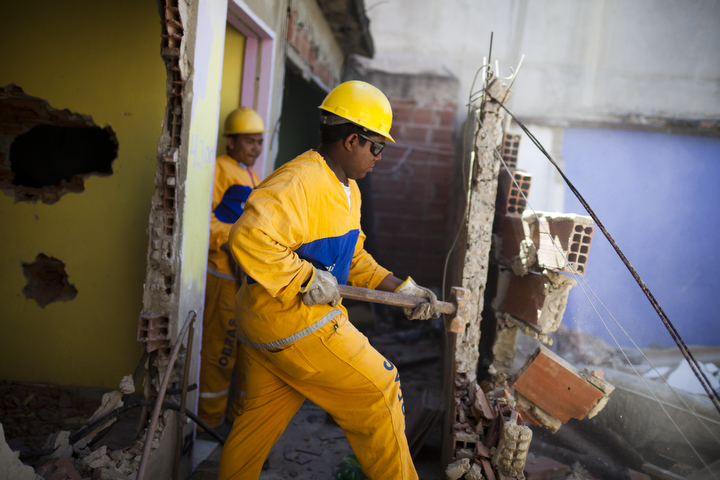 A resident who has negotiated has only a few hours to remove his things before the bulldozer gets to work. 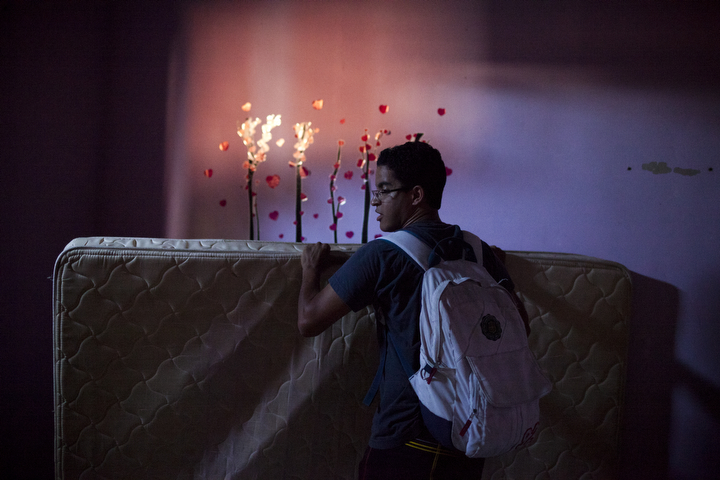 Life Amidst the Ruins

Those who remain continue as best they can amidst the rubble. 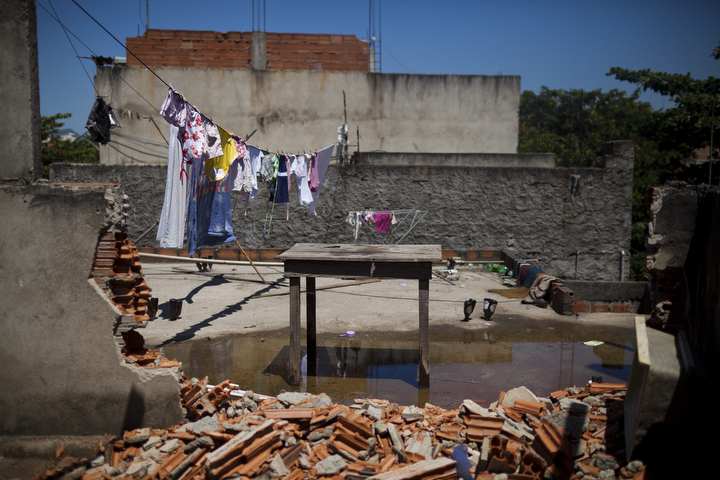 City workers from the Public Works (Obras) Department carry resident belongings out to a moving truck. 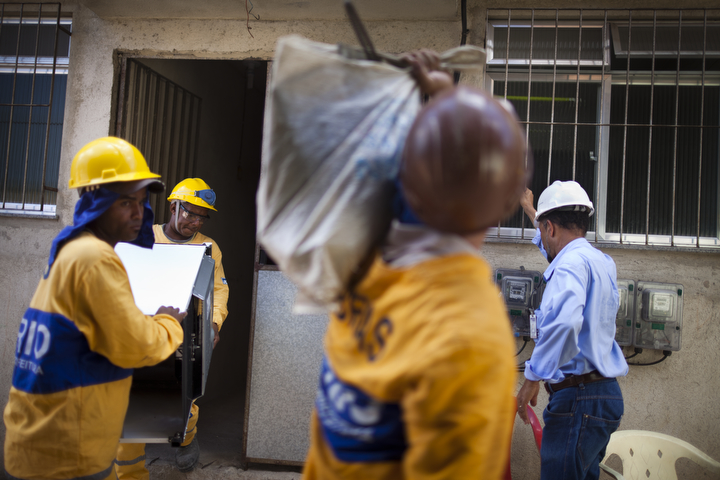 Among the four families left awaiting fair settlements, Rosilene and Rosinaldo have three sons. One has special needs and requires his own bedroom and nearby medical care. They require a new home that accommodates him as the home they built does. A second son is preparing and hopes to compete in the 2016 Olympics on the Brazilian Volleyball team. 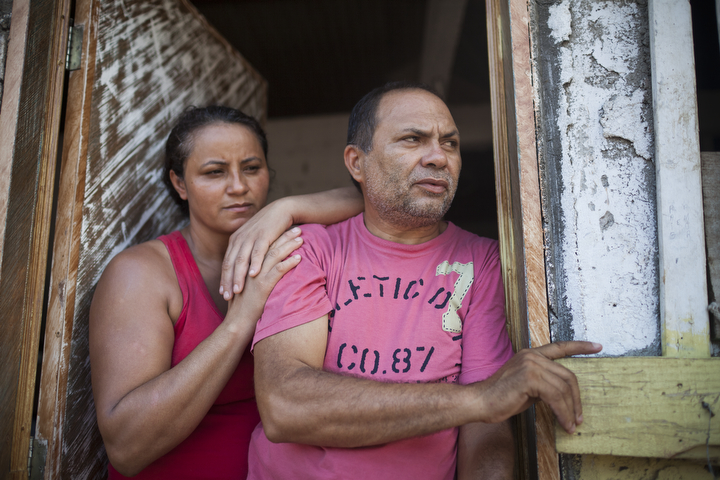 Time for the Bulldozer

Once attached homes in one cluster have all been hammered the bulldozer gets to work, taking buildings to the ground effortlessly. As we overheard one sympathetic municipal Public Works department employee tell her colleague, “They take years to build, but are so easy to destroy. This is one of the worst things that can happen to someone.” 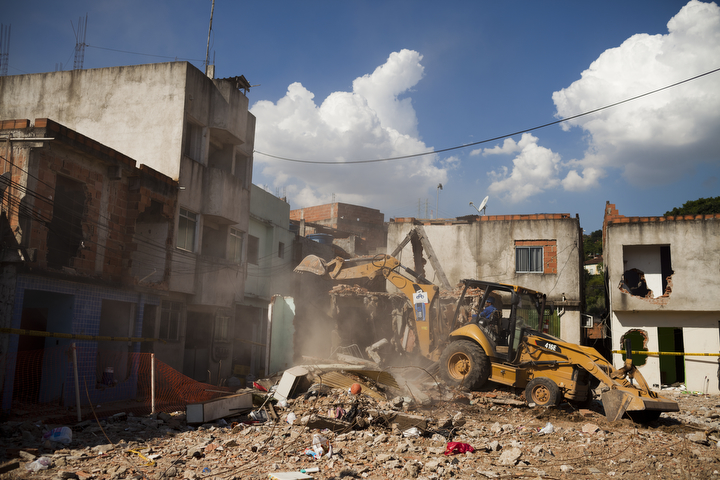 Thanks to our international media and NGO presence, the City sent in the Civil Defense department to cordon off unsafe areas. Police officers also came to tell us–visiting the site–to be careful around broken buildings. No such care was taken with residents, including children. 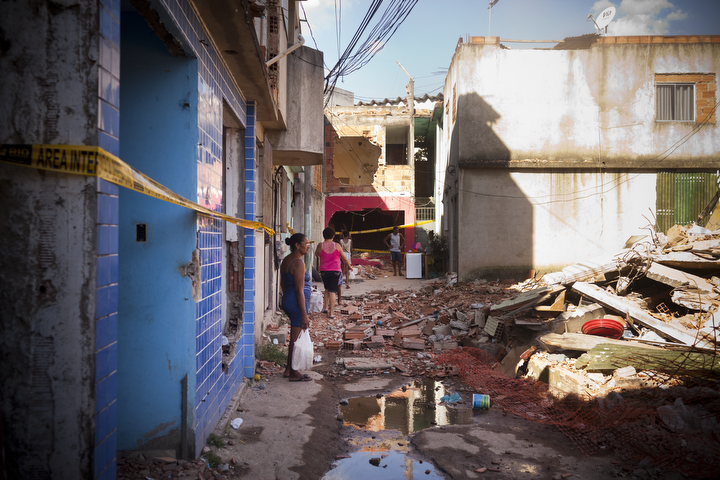 Everywhere around us: emotions running wild as residents attempted to make peace with the situation. Where would they go? Some had already left their homes in previous days, their homes already demolished, and yet they still spent their days there. 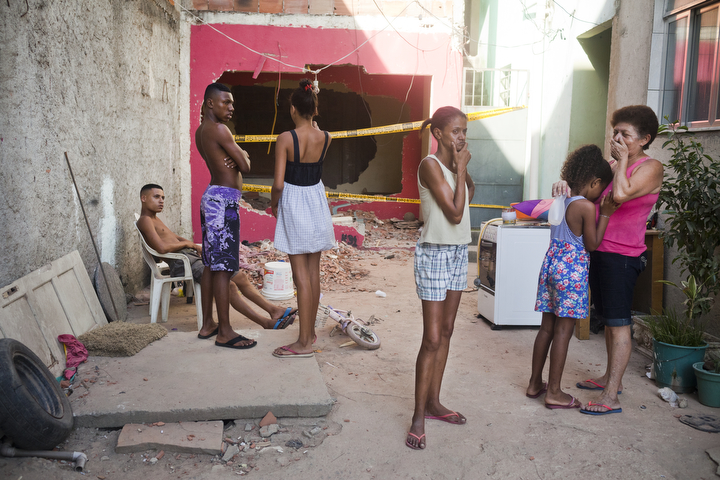 Thanks to Lianne Milton for the incredible photography.