At least 389 people have died from the ongoing coronavirus pandemic in the favelas of Maré in Rio de Janeiro’s North Zone. As reflected on the Covid-19 in Favelas Unified Dashboard*, Maré was the most successful favela in recording the harm caused by the pandemic. If the death curve declined there, it was thanks to collective action, spurred on by extremely organized community organizations that secured the support of Brazil’s national health foundation Fundação Oswaldo Cruz (Fiocruz). In an unprecedented initiative, thanks in large part to this local mobilization, Fiocruz vaccinated the entire population of Maré. However, other pandemic-related problems continue to plague our community such as the closing of schools.

Regardless of our opinion of them, the “Brizolões”—as these educational centers are popularly known—certainly represent a milestone in the history of the state of Rio de Janeiro and are a model of the best in Brazilian education. Officially known as Integrated Centers of Public Education (CIEPs), they were created during the administration of Governor Leonel Brizola (1983 and 1987), with the support of beloved educator Darcy Ribeiro. The project was so impactful that former President Fernando Collor de Mello tried to replicate the idea: he created the Integrated Centers for Child and Adolescent Care (CIACs) in 1991, as part of the “My People Project.” A CIAC school was built in Maré but the structure sank into the ground due to an engineering error, mirroring the fate of the Collor government.

Seven CIEPs were established in Maré–some built better than others, but all still present and active in the neighborhood. For many years prior, schools were built from shipping containers, a “temporary” accommodation that lasted 50 years, at four shifts a day, with poor accessibility and inadequate spaces for science activities, sports, reading, and cultural education.

The arrival of the Brizolões answered the hopes of families who dreamed of seeing their children attend a full-time educational facility, where students could study, eat and even bathe before returning home. For a long while, this was the case at CIEP Ministro Gustavo Capanema, in Vila dos Pinheiros, one of the favelas of Maré. While for educators this Brizolão was merely a change in the scope of education in the state, for residents it immediately meant a place where children could eat and receive care while parents worked.

However, the closing for renovations of CIEP Ministro Gustavo Capanema has, in practice, been a prolonging of the agony caused by the pandemic. It has hit children and families hard, leaving the neighborhood without its usual space for youth and adult education.

According to Marcos Paulo José da Silva, 34, a member of the School Community Council (CEC), the school has been closed for over 900 days, despite statements from the Education Department indicating that the construction would be completed in a year. Created to promote school-family-community integration, the CEC is made up of representatives of teachers, students, guardians, other school employees, and the Residents’ Association, and is chaired by the school director. The school’s closing harms its approximately 800 students, as well as their families and teachers.

However, this disruption has not just affected the school itself: it has also affected another educational facility in the neighborhood: Councilor Marielle Franco Municipal School. The municipal school was forced to accommodate the entire staff and student population of CIEP Ministro Gustavo Capanema, giving up space and restricting its activities, which has impacted the learning of its own students.

According to da Silva, prior to the construction, children attended school from 8am to 3pm. Now, they attend only from 8am to 11am, a 60% reduction in classroom time, which would be necessary to recover education lost over the nearly two years of remote learning during the coronavirus pandemic. To make matters worse, an investigation carried out by the CEC last April found that the construction was being carried out by three workers, compared to the almost 40 working at the facility at the beginning of the process.

Luciano Gomes Brasil, the father of a CIEP Ministro Gustavo Capanema student, gave a moving account of what the school’s closing represents. Brasil said he was afraid that his daughter would not be able to fulfill her dream of becoming a veterinarian. For him, “The struggle that my daughter and other students are being forced to go through is an act of extreme cowardice.” He then made an appeal to the relevant authorities, saying that, since the school is close to their home, his daughter would be able to walk there on her own and fight for what she believes in—helping people and animals. Brasil praised local educators, seeing their efforts as a real miracle: teachers have condensed educational content that would normally take seven hours into three. 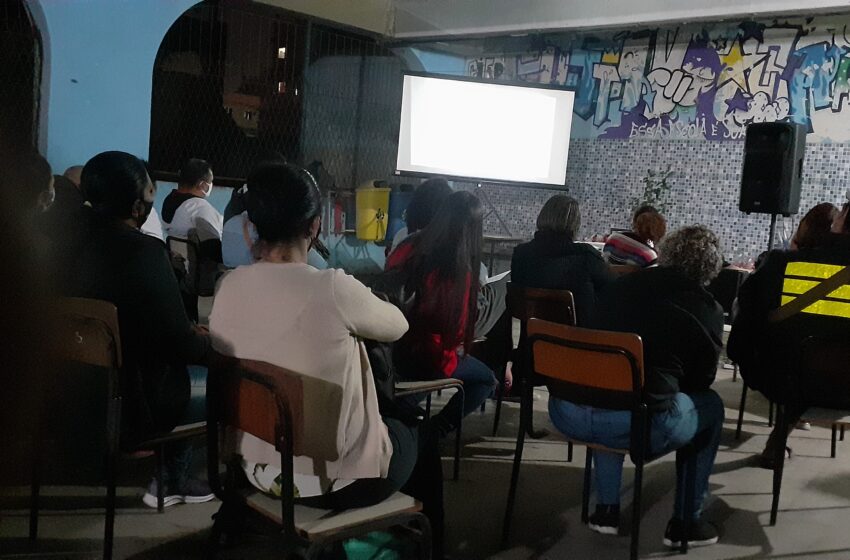 Parents and students have organized, advocating for the return of the construction and a minimum of normalcy in Maré’s educational system. Maré has seen an increase in schools in the past decade, going from 21 institutions in 2011 to 46 in 2021, making it a true educational campus. However, it is shocking to note that even with this increase, 30 years after the introduction of CIEPs, children and teenagers still have to fight for the right to study. The government should help students from Maré (like Brasil’s daughter) along their journey to university, instead of hindering them.

The immediate restoration of the Ministro Gustavo Capanema “Brizolão” means more than the reopening of a school in Maré: it should be seen as the defense of a symbol of community and national education heritage. This is even more significant considering 2022 marks the one-hundred-year anniversary of the births of Darcy Ribeiro and Leonel Brizola, the creators of the CIEPs. I believe Ribeiro, Brizola, and the children of Maré deserve more attention and better treatment from Mayor Eduardo Paes.

*RioOnWatch and the Covid-19 in Favelas Unified Dashboard are Catalytic Communities initiatives.