In 2017, the municipality of Duque de Caxias, in Greater Rio de Janeiro, created the Division of Special Affairs (DAE) within its Municipal Secretariat for Social Assistance and Human Rights. The DAE was specifically created to serve the close to 60 African refugee families who—according to the Catholic charity Pares Cáritas-RJ—found themselves on the streets of the Gramacho neighborhood starting in 2014. In 2017, RioOnWatch spoke with two women seeking refuge living in Gramacho: Dorcas Marta Lituanga from Angola and Christine Kamba from the Democratic Republic of the Congo (DRC), about how the immigration and refuge-seeking process had been, as well as how they were adapting to Brazil. Five years later, we spoke again with Christine Kamba, now 32, who recounted what has happened since our last conversation. We also met Makela Mbla Salazar, a 31-year-old physical therapist and Caxias resident from the DRC.

Kamba said that in the last four years, she has only been able to obtain a temporary immigration document from the Brazilian government. The document, called the Provisional National Migration Registration Card (DPRNM), is issued by the Federal Police (PF) and is valid while the request is being processed with the National Committee for Refugees (CONARE). According to the Ministry of Justice and Public Security website, the residence permit is granted to an immigrant who intends to work or reside in Brazil—either temporarily or permanently—after meeting the special provisions outlined by Brazilian Migration Law.

With their status as refugees regularized, and with every annual update, questions such as whether their whole family is included in government housing programs can be addressed in consultation with the local Public Defender’s Office, where concerns about various rights are consolidated and addressed accordingly. Among these rights are included access to documentation as guaranteed by legislation: the National Registry of Foreigners (RNE); the Individual Taxpayer Identification (CPF); a work permit and passport for foreigners (for trips CONARE has previously authorized); and requesting permanent residency after living in the country for four years as a refugee with stable housing. However, Kamba said that she was never called by the Federal Police to be evaluated and, thus, have her refugee status determined.

Even though her two children, aged 3 and 6, were born in Brazil and are thus Brazilian, Kamba reported that her husband Mbuta Kuwa, 42—also from the DRC—faced numerous obstacles in obtaining his DPRNM. Kamba said that Kuwa was employed at a gas station, but had to flee from an attempted assault by a customer who wanted to use the bathroom when it was out of order. On May 5, 2019, the police were called to de-escalate the conflict. Sccording to Kamba’s husband, the customer became more violent when he learned that Kuwa was a refugee. Kamba thought that based on the customer’s aggression, it was possible that he was a member of Rio de Janeiro’s off-duty police gang, known as the militia. Kuwa even filed a report at a nearby police station, but was “advised” to withdraw the allegation.

“We were very scared because the gas station had our phone numbers and our address, where we lived. The attempted assault was recorded on the gas station’s CCTV, but management refused to hand over the images to the police. The gas station’s owners forced my husband to resign,” said Kamba.

And she did not stop there.

“Two weeks later, the owner of the apartment where we were staying in Gramacho said that unknown individuals were looking for Kuwa, showing pictures of him. They looked like militiamen,” Kamba emphasized. 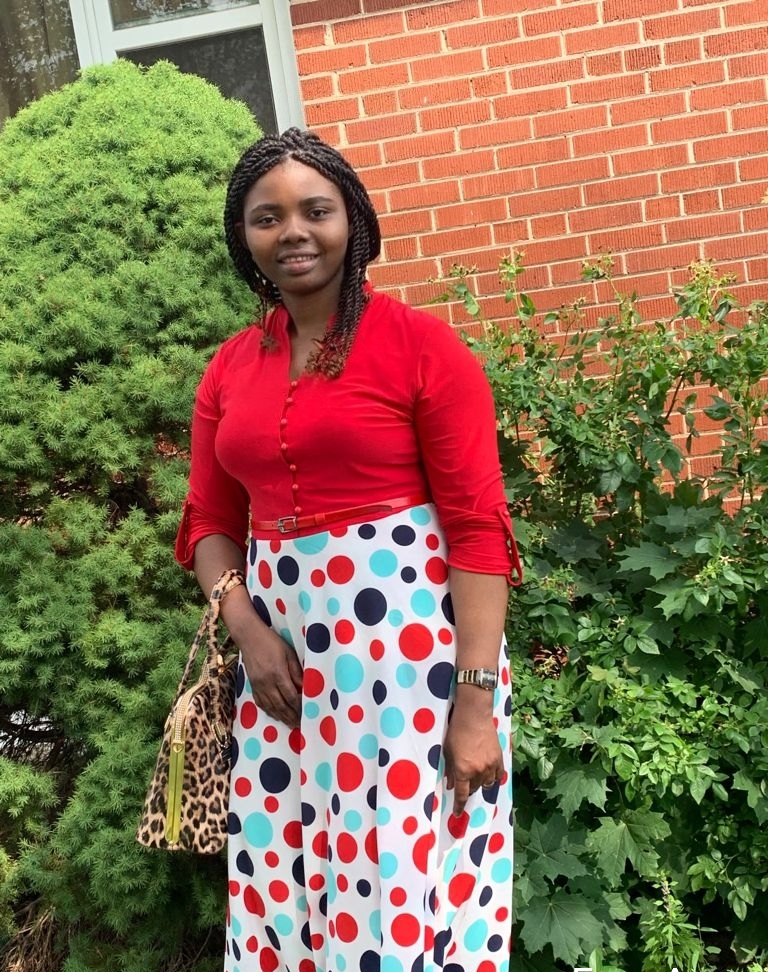 Now living in Québec, Canada, Kamba says she feels safer. According to her, the agency that monitors the entry and residency of refugees in Canada cares for the well-being of its newest inhabitants and does not merely focus on oppressive surveillance.

“We have dignity and respect here [in Canada]. I rent a three-bedroom house working as a caregiver for the elderly.” — Christine Kamba

A Congolese mother of two Brazilians, Kamba said that based on her experience in Canada, she wants to pursue her biggest dream: becoming a nurse.

“The Racism within Racism” and Xenophobia

Makela Mbla Salazar, 31—born in Kinshasa, the capital of the DRC—studied and has a degree in physical therapy. Yet, despite his training as a physical therapist, he has been working for four years in a supermarket in Duque de Caxias. Salazar loves soccer and supports the TP Mazembe soccer club from the Lubumbashi Province; his team played in the FIFA Club World Cup, reaching the finals twice. 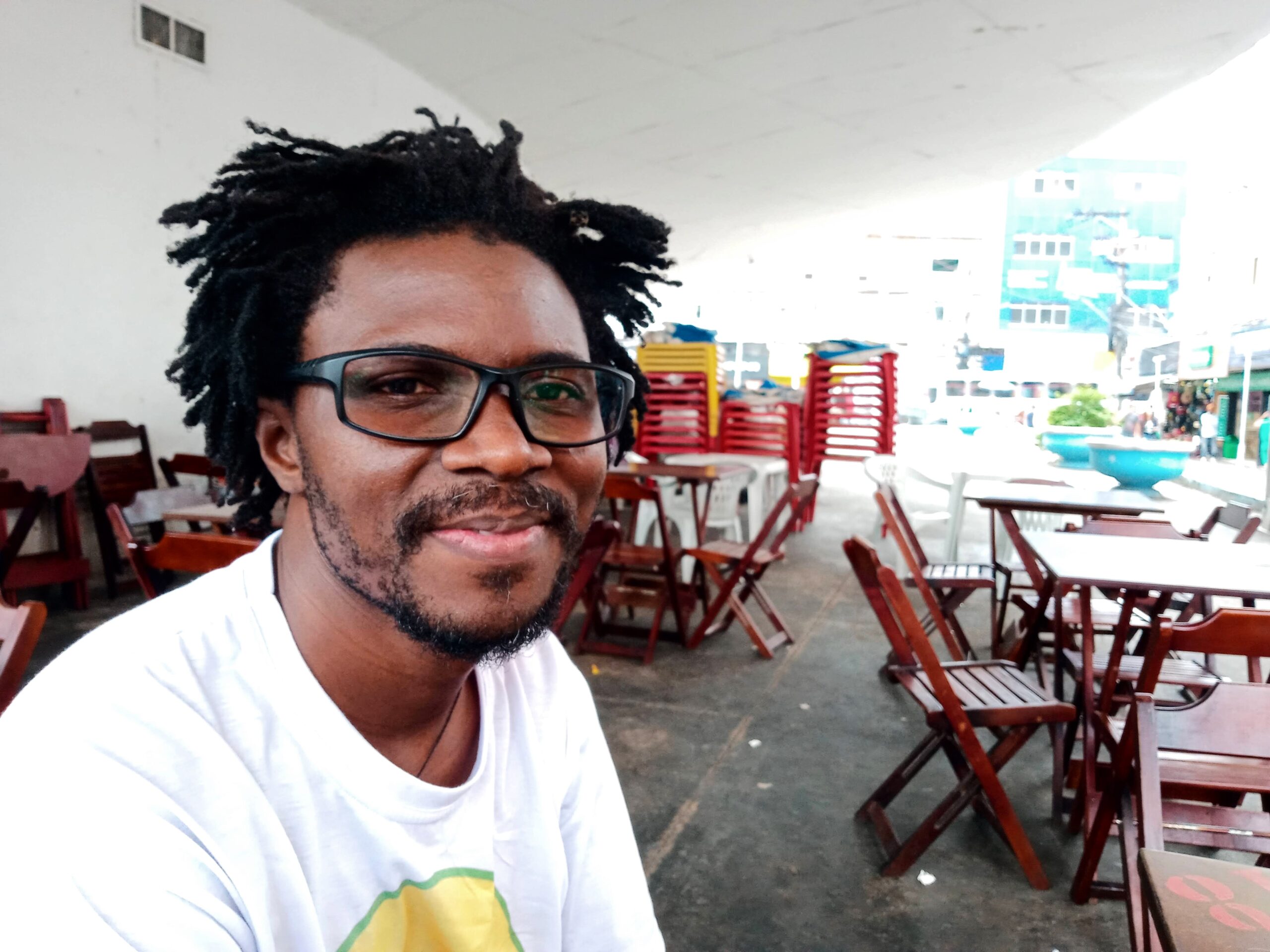 During the last presidential election in the DRC, Salazar belonged to the opposition, against the government of then-President Joseph Kabila, who has been in power for over 20 years. Salazar’s candidate, Moïse Katumbi—Kabila’s rival—was not elected because he was accused of plotting a coup against the government. Katumbi was called to give an explanation to the Ministry of Justice; he was subsequently arrested and expelled from the country. Numerous other political opponents of Joseph Kabila, including Salazar, were arrested and sought refuge in other countries. However, countless others who lacked the means to leave or chose to remain in the DRC were arrested as coup plotters.

“I was lucky that I knew some people from the police who warned me that if I didn’t make it out of the country, I would be killed,” explains Salazar.

Thanks to bribes, the guards helped members of the opposition escape. They went to neighboring Kenya, and then to South Africa. Salazar traveled covertly—aboard “a ship full of containers” as he describes it—for 28 days without knowing where he was going. He ended up disembarking at the port of Santos, São Paulo, without knowing a word of Portuguese and without a destination. In order to leave the ship and not be mistaken for a stowaway, one of the crew members lent him a life jacket. Another crew member advised him to go to Rio; he knew of a reception center for someone in Salazar’s situation. A third one paid the bus ticket to the Novo Rio bus station, where he slept for a few days. There, he was mistaken for a panhandler, until one person realized Salazar’s difficulty to communicate in Portuguese.

He was taken to Caritas International, whose Rio headquarters is located in Maracanã. After waiting four hours, Salazar was informed that there were no vacancies in the temporary shelter where he was supposed to stay. He was then sent to another shelter, in the central train station, whose primary occupants were experiencing homelessness. After these misadventures, delays, and bureaucracy, Salazar managed to obtain most of the documentation needed to establish permanent residency in Brazil in 2020. He still lacks the authorization to practice his original occupation—physical therapy. Because all of his documents were left in the DRC, Salazar will have to start his education over again, from scratch. He will soon get his high school equivalency and enter college by taking the National High School Exam, the Enem.

Like so many refugees from the DRC and other African nations, Salazar experienced underemployment, informal labor, and strenuous work hours. However, what was most painful in his entire journey thus far was the racial prejudice he faced from his own black co-workers, in the supermarket where he worked. He says that he was surprised by numerous xenophobic racist incidents inflicted onto him by those who have historically always suffered the consequences of racism: black Brazilians.

“For a long time I had lunch alone. People looked at me with suspicion. Nobody wanted to sit next to me, just because I’m African. I was asked what pets I left in Africa, if I had an elephant, if I lived in the jungle. It seems that there is an inferiority complex, that I, as a foreigner, am trying to steal Brazilians’ jobs. But I need to survive too. I’ve never worked in a supermarket, but I wanted to learn! It was like suffering the racism of racism.” — Makela Mbla Salazar

Upon his arrival in Brazil, Salazar had been incommunicado with his family for over a year. His father even thought that his son was dead, because in conflict regions, many people disappear—never to return. Later, death once again crossed the path of Brazil’s Congolese community and Salazar. His acquaintance Moïse Kabagambe, who came to Brazil in 2014 with his mother and brothers—also as a political refugee escaping war and hunger—was murdered on the beach of Barra da Tijuca, in Rio’s West Zone. He worked at a kiosk near beachfront Post 8, where he was paid a daily wage. When collecting on two days of unpaid work, he was brutally beaten to death in a crime that carried international repercussions.

“I met Moïse at a party celebrating Congo’s independence on June 30. I met up with him at least 20 times after arriving here in Rio. He was a guy that everyone liked, very lively. He was very popular at every party he went to,” says Salazar.

Also interviewed in 2017, Mariza Reis Almeida works for Saint Anthony Parish Social Assistance (ASPAS) in Duque de Caxias, which is the organization responsible for assisting refugees in Greater Rio’s Baixada Fluminense region. Today, she acknowledges that referring refugees, especially those of African origin, to less subordinate jobs still remains a difficult task. Although there are workshops on resumé building and interview preparation, in addition to information on hiring processes disseminated via WhatsApp, Almeida says that due to the pandemic, there are fewer in-person interviews happening, which only makes it more difficult to meet the demand of African refugees who are seeking higher-skilled jobs.

“There are several barriers, starting with language, which is a complicating element in communication for a job interview, because it involves, among other things, understanding what the job function is.” — Mariza Reis Almeida

She also shares that companies are not often welcoming. These workplaces have extreme difficulty in dealing with the diversity that new employees bring. There is often little to no understanding of the types of documents that consider foreigners to be refugees. To further complicate matters, there is a lack of knowledge about the legislation that protects refugees; there is also a lot of mistrust about how or why refugees have ended up in Brazil to begin with. This results in refugees being denied their rights—they are criminalized and repeatedly become victims of Brazilian xenophobia and racism.