Right away, the title of the movie Pacified grabs your attention. It’s difficult for those who experienced the setting up of the Pacifying Police Units (UPP), from 2008 onwards in the favelas of Rio de Janeiro to not presume this parallel. In part, this appears to be the intention of American director Paxton Winters, who lived in the favela of Morro dos Prazeres in Santa Teresa, Central Rio, for over a decade and uses this moment in time as a backdrop in the film.

On the other hand, those who expect to see scenes of police violence like in the 2007 film Elite Squad will be disappointed. Once again, the favela is depicted through the lens of how the dynamics of drug trafficking, which winds up becoming the central theme in a series of interpersonal relationships, interconnects with favela residents. All of the characters have direct or indirect connections with armed trafficking. In this sense, the movie starring actor Bukassa Kabengele (Jaca) is more similar to the 2002 film City of God. Nonetheless, the film centers that it be understood: favelas are not a product of drug trafficking, but a result of relations between black and marginalized people who created a system that goes beyond survival.

Human conflicts are what is at the center of this film’s plot. This choice of narrative direction is the main quality that Pacified got right. Urban violence, drug abuse, power disputes, and the reconnection of family ties are all addressed in a sensitive way. This cinematic sensibility came about due to the friendship between Paxton and Wellington Magalhães, a resident of the community and co-writer of the script alongside Paxton and screenwriter Joseph Carter. 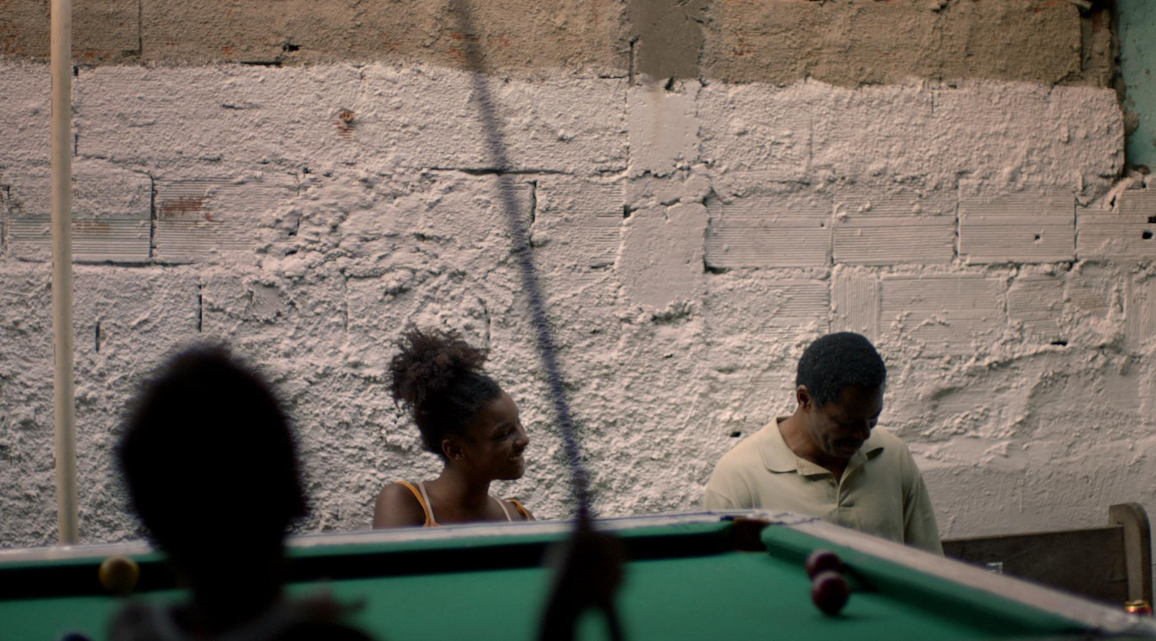 After 14 years in prison, former drug trafficking boss Jaca (Bukassa Kabengele) returns to the community and runs into Nelson, his former subordinate turned current drug boss. There’s soon a tense atmosphere between the two. The new boss fears losing power to the former boss. Jaca is received warmly by residents, who have missed him and start seeking him out to help mediate conflicts between neighbors. When he was in charge of the community—a period not depicted in the film—Jaca was known for his peaceful way of resolving issues.

In parallel, the former inmate finds out that he is father to teenager Tati (Cássia Nascimento), his daughter with ex-wife Andrea (Débora Nascimento), who loses herself and gets arrested due to cocaine abuse. This discovery inspires a new direction for Jaca’s decisions. Here, the movie’s title appears to become an adjective describing the protagonist’s journey.

In this same family and living under the same roof are Jaca’s youngest brother, Dudu (Raphael Logam, two-time Emmy nominee for best actor in 2019 and 2020), and their grandmother Dona Preta (Lea Garcia, multiple award-winning veteran actress, nominated at Cannes, winner of the Gramado Festival, and part of the cast of Black Orpheus—Oscar-winner for Best Foreign Language Film in 1960), who is also called grandma by Tati. Now pacified, the ex-trafficker tries in vain to take his youngest brother off the path of crime and crack abuse.

Another important point to highlight is that Pacified‘s release was set back due to the coronavirus pandemic. In fact, there is a scene, filmed in Lapa, where a “Fora Temer” sign is shown with some prominence within the shot. Despite the anachronism of demanding that a president who is no longer in power be ousted, the sentiment of the phrase continues to have an important appeal for changing the direction of current Brazilian politics.

The film has been highly acclaimed and received awards for Best Film, Best Actor for Bukassa Kabenele, and Best Cinematography for Laura Merians at the San Sebastian International Film Festival in September 2019. Indeed, the composition and sequencing of scenes and the cinematic choices create really interesting connections. The following month, at the 43rd São Paulo International Film Festival, the film was awarded best Brazilian Feature Film by audience vote and Best Actress for newcomer Cássia Nascimento, native to Morro dos Prazeres. Paxton received an award for Best Director at the International Festival of New Latin American Cinema of Havana.

About the author: Rafael Lopes is a black journalist and has a masters degree in Social Communication from the Federal University of Rio de Janeiro (UFRJ). He is a researcher of the works of journalist and writer Lima Barreto.

Watch the trailer of Pacificado here: