Brazil will hold the first round of its 2022 presidential elections this Sunday, October 2. In this special report, RioOnWatch compiles the policy proposals of Brazil’s presidential candidates registered with the Superior Electoral Court (TSE) with regard to the right to housing.

Despite the number of favelas having doubled in Brazil in the last decades and a pre-census survey conducted by the Brazilian Institute for Geography and Statistics (IBGE) revealing that there are at least 13,151 favelas across the country’s 743 municipalities, none of Brazil’s eleven presidential candidates refer to favelas by name in their governance plans registered with the TSE.

The Brazilian Constitution guarantees dignified housing as a component of the guarantee of human dignity (article 1, III). It figures among the basic human needs that should be ensured by a minimum wage (article 7, IV), and that home construction and improvement programs fall under the joint purview of the federal, states, and municipal governments (article 23, IX). In fact, it is the federal government’s responsibility to establish guidelines for urban development, including housing, among other items (article 21, XX).

The data were revealed during the preliminary mapping of “subnormal agglomerations” (as the federal government refers to favelas) in preparation for the 2020 Census—later postponed to 2022 due to the world health crisis. According to technical notes by IBGE:

“The estimated household data reveals that, despite the phenomenon of the proliferation of precarious housing being commonly associated with Subnormal Agglomerations in big cities such as Rio de Janeiro (19.27%) and São Paulo (12.91%), the phenomenon takes place mostly in small cities such as Vitória do Jari–State of Amapá (74%) and other capitals in the North, such as Belém (55.5%) and Manaus (53.37%), and the Northeast, such as Salvador (41.83%). Still in the Southeast, the state of Espírito Santo, as well as its capital, Vitória (33.15%) have the second largest estimated percentage of households living in Subnormal Agglomerations on a state scale (26.1%), followed only by Amazonas in the North with 34.59%.”

Altogether, 13 presidential candidates were presented to the Superior Electoral Court (TSE), with only 11 candidates still in the running. Roberto Jefferson, from the Brazilian Labor Party (PTB) had his candidacy rejected by the TSE judges on September 1, as he remains ineligible until December 21, 2023 due to a 2012 corruption conviction.

Pablo Marçal from the Republican Party of the Social Order (PROS) had his candidacy canceled by the TSE on September 6, following the confirmed annulment of the party’s convention now that it has joined the Brazil of Hope coalition with former president Luiz Inácio Lula da Silva as candidate.

Although the pandemic exacerbated the social vulnerability of Brazilian families, Brazil’s housing problem is not new. In 2019, research carried out by the João Pinheiro Foundation reported a housing deficit of 5.8 million homes in all of Brazil, of which 79% are low-income families.

According to a survey by the Zero Evictions Campaign, during the coronavirus pandemic, from March 2020 to May 2022 over 125,000 people were evicted, and another 569,000 are at risk of being forcibly evicted from urban and rural settlements. Of the people evicted during the pandemic, over 20,000 are elderly, 21,000 are children and 75,000 are women.

The situation led the Socialism and Liberty Party (PSOL) to file a Claim of Non-Compliance with a Fundamental Precept n. 828 (ADPF 828) with the Brazilian Supreme Court (STF), which aims to suspend forced evictions. The injunction was granted by Judge Luiz Roberto Barroso, recognizing the housing and health rights of vulnerable people in the context of the pandemic.

With the ADPF 828, which has already been extended three times, the Zero Evictions Campaign together with social movements and civil society organizations, have been able to stop the forced eviction of over 142,000 families nationwide.

The Zero Evictions Campaign launched a commitment letter to all candidates in the 2022 general elections (president, governor, senator, and federal and state deputy roles). It aims to ensure that all candidates commit to the defense of human rights, and especially to housing movements.

However, the deadline for the forced evictions ban, granted by ADPF 828, is October 31—one day after the second round of the 2022 elections. According to the federal government’s Unified Registry (Cadastro Único, or CadÚnico), in December 2021 158,191 people were living on the streets in Brazil. In May of this year, this number had jumped to 184,638, a 16% increase in six months.

RioOnWatch has compiled the housing policy proposals of all the presidential candidates registered with the TSE. In addition to social welfare policies, other services such as health, education and employment are linked to each citizens’ territory of residence.

On October 2, 156,454,011 voters will choose new political representatives in the first round of voting. This year, candidates for president, governor, senator, federal deputy, and state deputy, are being chosen.

It is noteworthy that none of the eleven governance plans refer directly to favelas, much less the need to upgrade these territories and integrate them in ways that respect their historic importance to the nation. In former president Lula’s 121-point plan, the word housing comes up twice. In item 29, the document states that:

“85% of our population lives in cities. We will resume policies that guarantee the right to the city, fighting territorial inequalities toward an ample urban reform, reducing socio-territorial inequities and promoting the ecological transition of cities through integrated investments in public transport, housing, basic sanitation and social equipment. We will support and incentivize creative and sustainable cities.”

The proposal, reflected in item 30, is to resume the construction of housing programs with adequate financing mechanisms for each type of public:

“We will once again have a far-reaching affordable housing program, with adequate financing mechanisms for each type of public. Having dignified housing, the primary guarantee of a family’s security, is a universal right and a requirement for a developed and sovereign Brazil.”

The My House My Life program was created by the Lula administration in 2009 to facilitate housing access while bolstering the Brazilian economy during the global recession. The program subsidized housing purchases for low-income families and offered low interest rates for families with monthly incomes of up to R$9,000 (US$1,674). The program weakened through the years, with reduced funding and reach, and a change of rules. Still, the My House My Life program provided housing to 5.5 million Brazilian families. 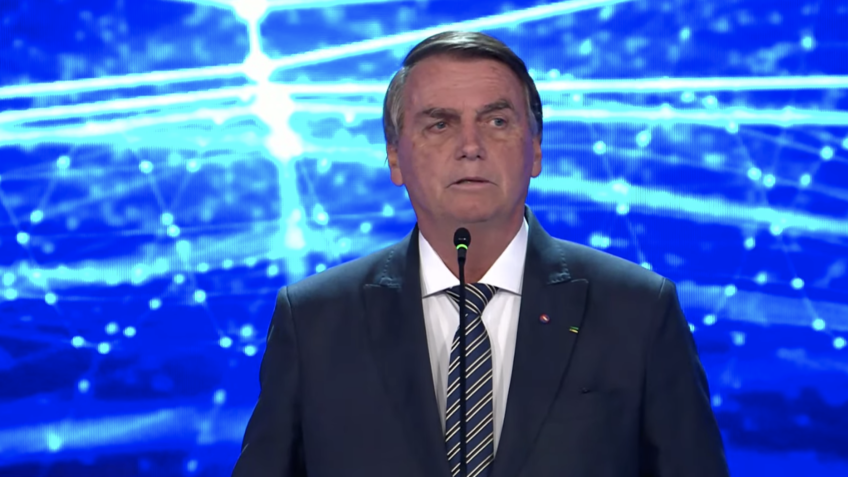 “Through the Green and Yellow House program, that promotes citizenship, to ensure universal access to housing ownership in urban areas, we made the lowest interest rate in history available to citizens to finance residential properties, from 4.5% per year. Our reelected government will develop technical training and orientation to elaborate public investment projects by federal entities, focusing on municipalities located in the country’s interior, in order to improve the quality of public investments.” 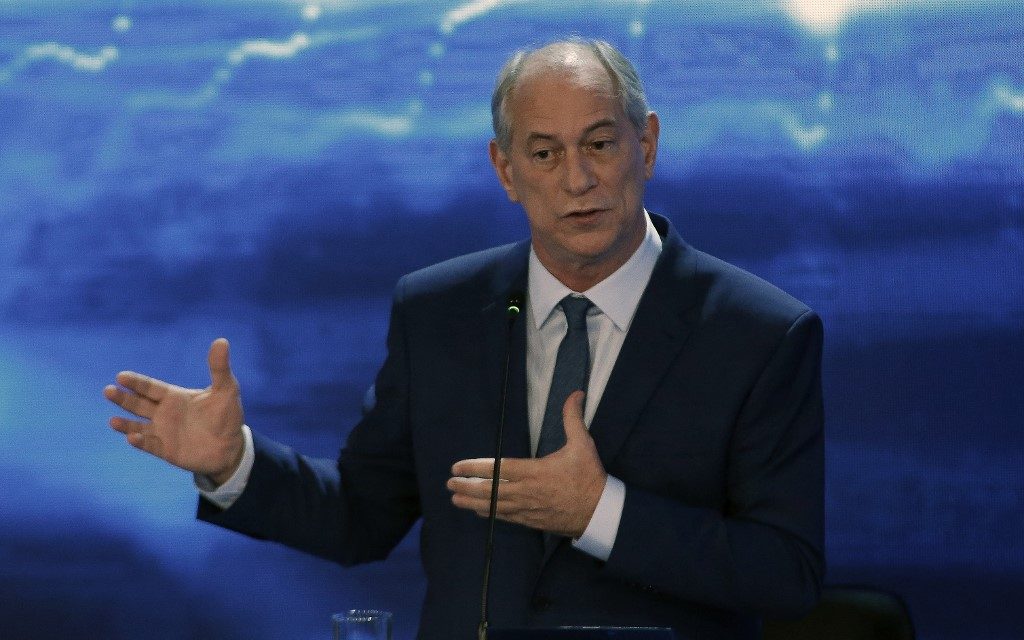 Under the item “Urban Reform and Land Regularization,” the plan registered by candidate Ciro Gomes with the TSE says (on page 15):

“We will implement a far-reaching land regularization program to guarantee the titling of houses and land for those who today live in fear of tomorrow. Another supplemental program will finance the renovations of popular homes, preferably hiring one’s own family or community labor.”

According to the most most recent survey, Luiz Inácio Lula da Silva (PT) leads with 52%, Jair Bolsonaro (PL) has 34% and Ciro Gomes (PDT) recorded 6%.

In her governance plan, Simone Tebet states that housing is “the real doorway to citizenship… with everything that good quality housing and sanitation represents for well-being and improved livelihoods.” She brings up housing two more times, promising to:

She also promises to:

“Promote land regularization with property certification and titling—especially in urban areas; (and) to accelerate the achievement of the goals laid down in the Basic Sanitation Regulatory Framework regarding water supply, sewage collection and treatment.”

In his governance plan, candidate José Maria Eymael refers to housing as a social right:

“To have housing for the economically-deprived population as a State policy. Lack of income cannot mean lack of housing.”

Léo Péricles has a 12-page governance plan, where he mentions housing four times. He aims for:

“The guarantee of dignified housing, sanitation and garbage collection for all Brazilian families; the allocation of abandoned properties to solve the housing deficit; implementation of a profound urban reform; (and still the) guarantee of the social function of urban properties through progressive property taxation, inspections and surveys, and fighting speculation so that the whole population can have housing, easy access to work and leisure, and live with dignity.”

“Idle properties in big urban centers shall be confiscated without compensation as part of a vast public housing reform and construction program to overcome the housing deficit in a four-year period.”

Soraya Thronicke mentions housing twice throughout her 76-page plan, with her main proposal for the theme tied to realizing evictions:

“To put in place, in collaboration with governors and mayors, real and effective housing transfers from areas where living alongside natural risks is not viable, in a secure way; (and) set up an effective inspection program for the disordered and illegal use of land in risk areas.”

In the 26 pages of her governance plan, Vera Lúcia incorporates a section through the lens of housing for all, discussing the lack of urban and rural housing through a public policy perspective and referencing the lack of housing of almost six million:

“This is an emergency situation that severely affects the quality of life of a considerable proportion of workers.”

Vera adds that the “occupation of land by the desperate population is dealt with by violent and repressive policing.” She promises a “plan of public works for public housing, expropriation of properties owned by large proprietors that make a living through housing speculation” and launching an “employment and public housing program aimed at the LGBTI population.”

She stands out as the only candidate to mention where she will obtain resources to invest in the construction of public housing:

“(1) A plan for public housing, sanitation and public works throughout the country. This plan can absorb a large part of the unemployed; (2) We will also defend the expropriation of properties owned by large proprietors that make a living from real estate speculation. This creates possibilities for the occupation of these properties, partly by those experiencing homeless; (3) The cost of constructing these six million houses and the necessary public equipment will fully come from the R$346.6 billion (US$64.36 billion) worth of tax exemptions that the government provides to large corporations every year; (4) We also propose the immediate legalization of land occupation, with adequate upgrading and sanitation.”

There is no mention of housing, public housing or housing programs in the 36-page government plan Felipe D’Ávila registered with the Superior Electoral Court (TSE).