Of a total 2,785 registration requests from Rio de Janeiro candidates to run in the upcoming elections, only 23 have agendas with a focus on the needs of peripheries, eleven of whom are born and raised in Rio’s favelas.

It’s not just the Rio de Janeiro state gubernatorial race that’s competitive this year. Earning the right to represent the people at the ballot box, getting elected for the National Congress or for the Rio de Janeiro Legislative Assembly (Alerj) has not been an easy task for parties and candidates in the 2022 elections.

In 2022, for the federal Congress alone, Brazil’s Electoral Court received 10,647 candidacies, of which 110 it considered unfit (either because they gave up or due to some illegality). This is the highest number of candidates in Brazil’s history. There was also a 30% growth in the number of women and a 54% rise in the number of black candidates in comparison with the last election.

In all, 1,083 candidates compete for one of the 46 seats on the Rio bench for federal deputy and 1,639 candidates try to occupy one of the 70 seats for state deputy.

Besides the strong competition in numbers, representation and diversity, political parties and their candidates also face the challenge of campaigning after the coronavirus pandemic.

With the first round of voting this Sunday, October 2, parties and candidates only had 46 days for campaigning—both on the streets and online—to present their proposals. Previously, the campaign phase in presidential election periods lasted double this time: between 85 and 92 days.

However, aiming to improve popular representation in Parliament, the campaign period was reduced with a change in the law approved by the Senate last year. Although the pre-campaign period was created—a period of time when politicians can call themselves pre-candidates and debate ideas—the introduction of the new rules officially prevents any party or citizen from explicitly asking for a vote or support for a candidacy, distributing leaflets, or participating in official campaign events until the opening of the electoral calendar on August 16.

To further complicate the landscape, Brazil is going through the pinnacle of a political representation crisis. Ongoing since the mass demonstrations of June 2013, it is made especially visible through the polarization of leftist and far-right political forces represented by the presidential race and a period of successive threats to Brazilian democracy with the rise of political violence in the country. 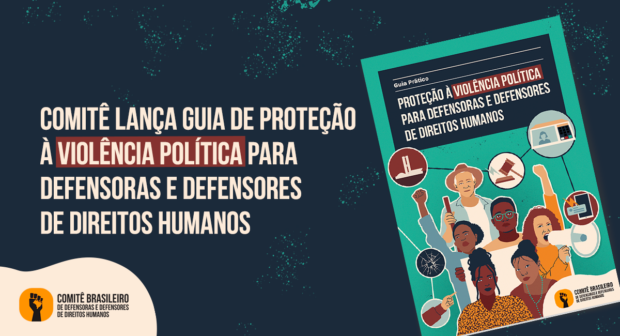 In this context, and understanding the importance of favela representation as a means of ensuring the full functioning of democracy, RioOnWatch provides a list of Rio de Janeiro candidates who come from favelas running for federal and state deputy. The Superior Electoral Court (TSE) does not collect data beyond the candidate’s city of birth, so it is not possible to know the percentage of candidates who were born in or live in favelas. We therefore conducted research in the Superior Electoral Court’s registry of campaigns, favela sources, candidates’ profiles, and favela news media. We also collected information from popular committees in the favelas and discussion groups organized by favela community outlets such as Conexões Periféricas with the project: Elections and Favela Political Representation.

List of Rio de Janeiro candidates committed to the fight for minority rights running for federal and state deputy:

If you know of other candidates who live in a favela and are not listed above, let us know through email: contact@rioonwatch.org so we can update this article.