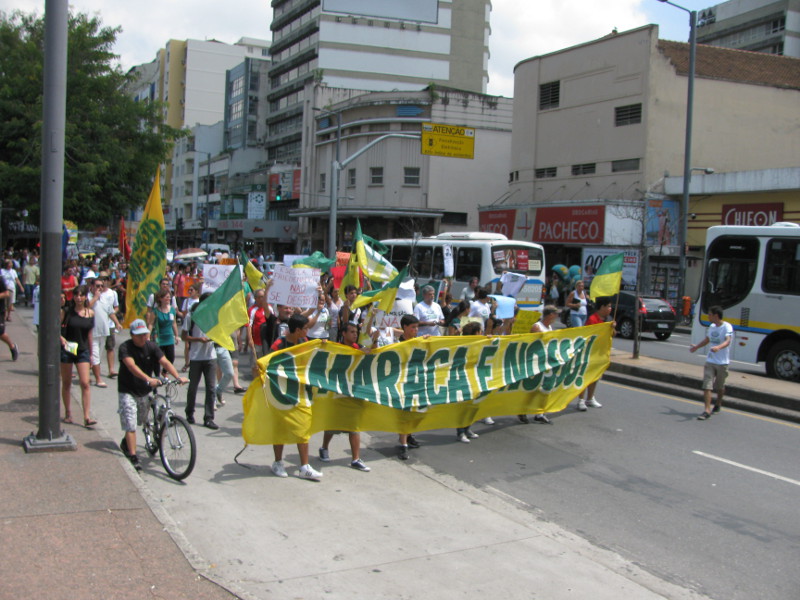 Last Saturday, March 15th, a few hundred spirited citizens gathered in unity to protest the wave of privatization that is accompanying Rio’s preparations for next year’s World Cup and the 2016 Olympic Games, in a march from Praça Saens Peña in Tijuca to the Maracanã stadium.

The event, named ‘The City is Ours!,’ was organized by the Popular Committee for the World Cup and Olympics, an organization created to chronicle and redress the violence, abuses and illegalities in the run-up to the events. As the band began playing, brightly-colored facepaint, stickers, t-shirts and pamphlets circulated, journalists interviewed and took notes, and banners with hard-hitting slogans targeting politicians, corporations and capitalism were held aloft. The anti-privatization rhetoric began immediately and the enthusiasm only grew as the day went on; it was clear that everyone had a personal stake in the issue, and took on their colleagues’ causes as their own. 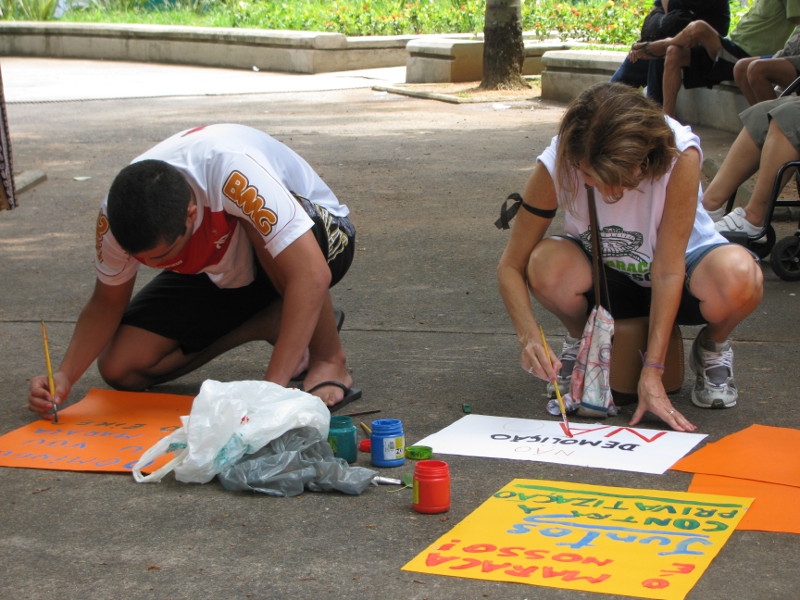 The main focus was the Maracanã stadium complex, a prime example of Rio’s public spaces slipping from the public’s hands. The government recently announced the specific date, April 11th, when the iconic stadium will be sold; however this week the Public Ministry has applied for a court injunction delaying the sale until BNDES, Brazil’s national development bank, approves the viability of operation studies and clears up irregularities in the bid invitation.

The stadium complex includes the public and much-loved Freidenreich Municipal School, Aldeia Maracanã (former Indigenous Museum), Célio de Barros Athletic Stadium and Julio Delamare Aquatic Park. Since money seems to be the deciding factor in this deal, the Popular Committee did some number crunching themselves: since 2010 the public has invested approximately R$932 million in the stadium, while the projected return of privatizing Maracana until 2048 is R$153 million, a measly 10% of the public investment. As a representative of the Popular Committee put it, “The accounts definitely don’t add up.” 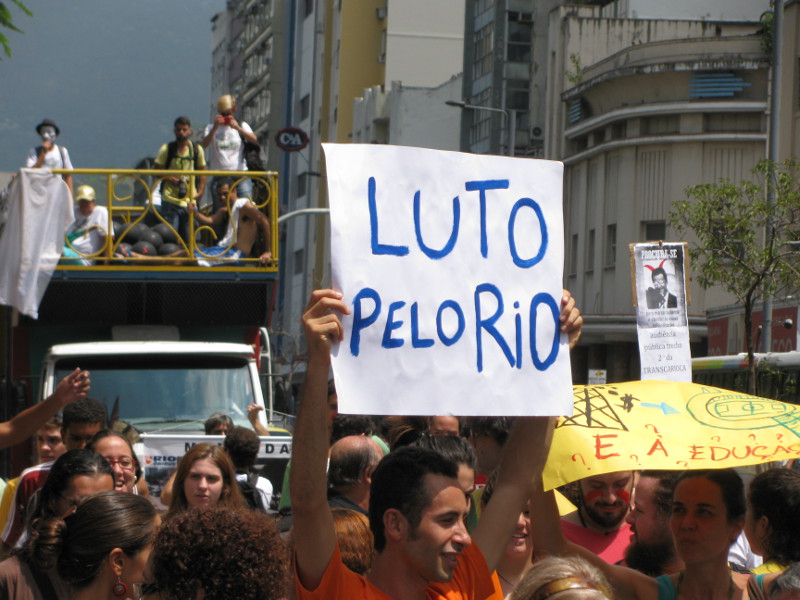 If the Maracanã stadium complex is not proof enough that no public landmark is safe from private interests, then the confirmation that Flamengo Park, Rio’s largest public space projected by iconic landscape architect Burle Marx, is under threat of being sold leaves no doubt. The city wants to “transform our principal symbols into nothing but shopping malls,” read the event flyer. Organizers argue that the struggle is bigger than any one museum, school, or stadium; it is about retaining an identity against those who exclusively consider people customers, a potential sale, and would love nothing more than to see everyone adopt the same mentality.

For many of the communities in Rio, it is more than their identity that’s at stake: it is their livelihood, their home, business or their relationships with family and friends. At the protest, people came together around the corresponding trends of forced evictions and the privatization of public spaces currently gathering speed in Rio. A shopkeeper from Vila Autódromo, a community under intense pressure and threat of removal, explains: “Favelas have less power with the government than other neighborhoods, and look what they are doing in the South Zone. Everyone’s interests are here together at the protest.”

In this environment of unity in protest, the march went on. An impassioned representative of the Popular Committee controlled the loudspeaker, an intelligible voice above the raucous shouts of the crowd. The march was specifically organized for a busy time of day, and while motorists may have been irritated, the results on the sidewalks were significant: numerous passerbys asked for flyers, discussed issues with protesters, and pushed aside their errands to join in.