Click here for original article in Portuguese, published on Blog da Raquel Rolnik, Special Rapporteur to the UN on Adequate Housing. Rolnik introduces the essay below, writing, “This morning we were taken aback by news of the violent eviction of Aldeia Maracanã, which occupied the former Indigenous Museum, located in the vicinity of the Maracanã stadium in Rio de Janeiro. Below is a text on the incident by Professor Fernanda Sánchez, from the Fluminense Federal University (UFF).”

Is this how we make a World Cup?

On Friday, the Batalhão de Choque da Polícia Militar (Military police’s Shock Batallion) stormed the Aldeia Maracanã, the former Indigenous Museum, and acted with extraordinary barbarism. The police threw stun grenades, teargas and pepper spray, struck protestors and arrested activists and students. Since 2006, groups representing different indigenous peoples have occupied the Aldeia and, in recent times, faced with the building’s demolition project (in order to increase the overspill area around the Maracanã Stadium, parking lot and shopping mall), have been resisting. 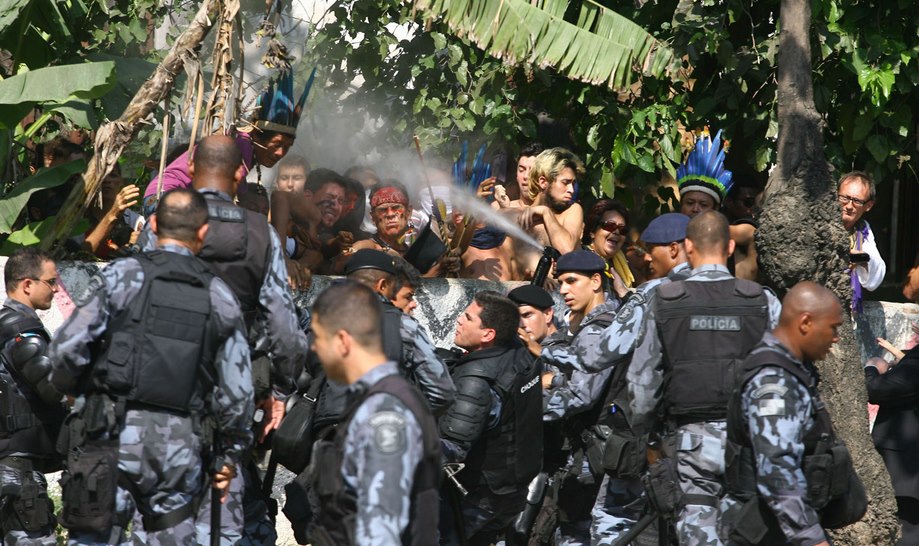 The indigenous leaders are supported by diverse social movements, students, researchers, universities, popular committees, national and international organizations in defence of Human Rights, international networks and other civil society organizations. The Indians’ struggle and the conflict between the government and the movement resulted in a significant withdrawal by the government, who in the face of social pressure ceased the building’s demolition and moved on to defending its “preservation.” Time and date for vacating the premises were then decreed. However, the Indians continued to resist, supported by various organizations.

Surely this political position teaches Rio’s citizens and the world much more about preservation, rights and cities than the violent actions that have been shown in various media. For the Indians and for the social organizations that support them, preserving the building goes much further than preserving its physical form. The essence of preservation, in this case and like many others, is in the preservation of social relationships, the uses and purposes that give spaces meaning and content. The preservation of Aldeia Maracanã would be an example to Brazil and the world of the recognition of its social use and the democratic agreement concerning the architectural rehabilitation of the building. 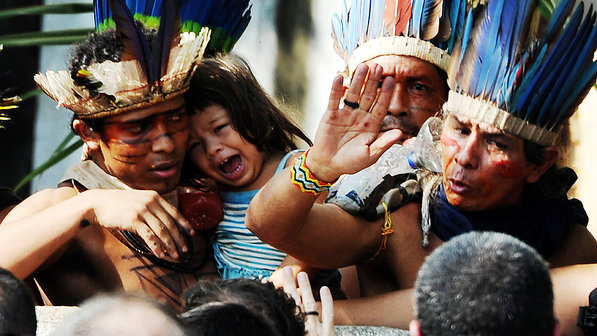 Each time an act of violence is committed that jeopardises the integrity of an indigenous social group, it destroys their culture, their way of life, their freedom of speech. It is a door shut on the knowledge of man, as said by Levi-Strauss. Is it this World Cup that the government wants to make? Is this spectacle of violence the civil lesson that Rio de Janeiro has to show the world? This political spectacle has a symbolic effect: to show that the progress of the city project, on course for sporting mega-events, will come at any price.

Human rights, democracy and agreement are off this city project’s agenda. The protesters, facing the police force and its apparatus of violence in an absolute state of inequality, launched an array of instruments very different to those used by the Shock Batallion: they occupied the building in support of the Indians, they resisted their eviction and in public spaces, the streets and avenues around the Maracanã complex, they displayed their disapproval and indignation at the violent course of this policy.

*Fernanda Sánchez is a professor at the Federal Fluminense University (UFF) in Niterói and researcher of megaevents and cities.