Rio de Janeiro has arrived. Or at least that’s what the city’s authorities, and most of the international publicity the ‘Marvelous City’ has received in recent years, would have us believe. After decades of economic malaise and social distress Rio’s fortunes appeared to turn in the middle of the last decade. A national economic upturn and the discovery of large offshore oil deposits fuelled steady growth in the city’s dominant business and service sectors. As a result large parts of the population saw their incomes rise and many, including those living in the city’s favelas, were lifted out of poverty. Even the notoriously high murder rate, largely the result of ongoing conflicts between heavily armed drug gangs and a military-style police force, fell from a peak of 70.6 per 100,000 in 1995 to 26.7 in 2010. When Rio was awarded the 2016 Olympics back in 2009 Cariocas (residents of Rio) greeted the news in typically exuberant fashion, seeing it as well-deserved international recognition both for their past suffering and recent progress in turning their city around. 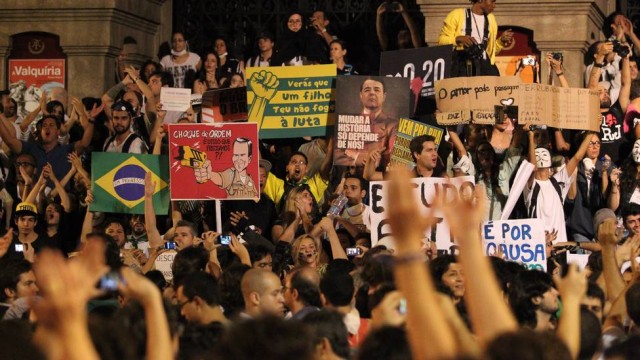 Today the mood is somewhat different. A steady trickle of bad news stories about major transport and infrastructure projects coming in late and grossly over budget have soured public opinion about the Olympics and next year’s World Cup and added weight to widespread perceptions of government corruption and inefficiency. These failures at a time when transport and other costs are increasing have led to mass protests in Rio and other major cities, revealing it to be more than mere grumbling of the kind that often accompanies expensive mega-events. This is because, in the case of Rio, the city council and state government are not treating the events as ends in themselves, but catalysts in a comprehensive strategy to reorder the city socially, spatially and economically. Through their interventions in housing, transport and security, the ‘city project’ has touched every segment of Rio society in some way or other, for better or for worse. Its stated aims of investment, integration and universalism are widely supported, hence the patience with which the delays and setbacks have, until now, been received. However, the way in which the project is now taking shape has led growing numbers to question the true intentions of the authorities and the ultimate consequences for ordinary residents. 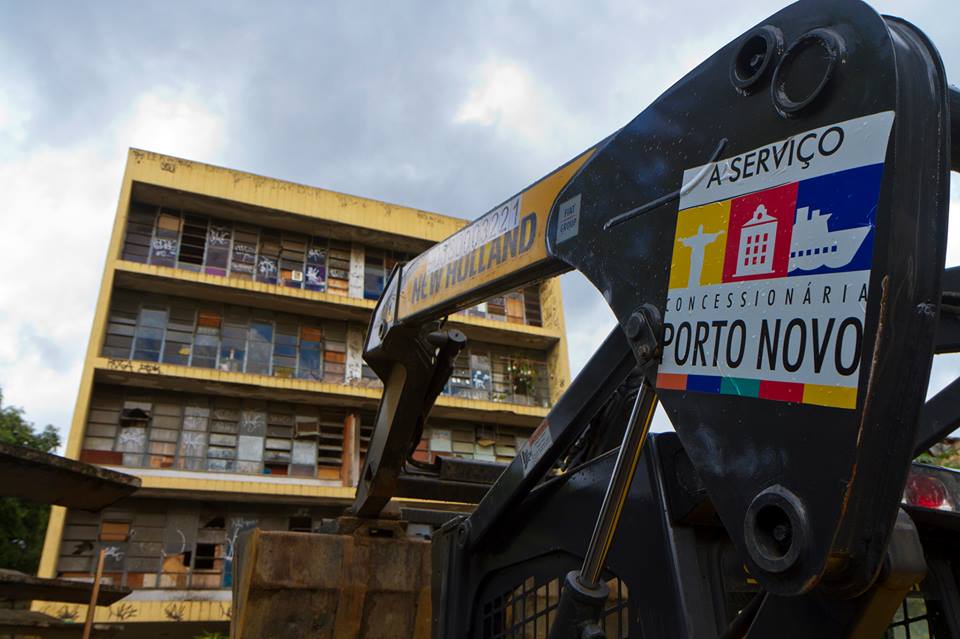 Rio’s rising prosperity and improved security in recent years has laid the grounds for a major property boom. While this has meant a windfall for real estate speculators and homeowners, it has squeezed renters and priced younger people, including those from middle-class backgrounds, out of the areas they grew up in. Previously unfashionable neighbourhoods have been subject to rapid speculation and even favourably located favelas are coming under pressure from gentrification. A major regeneration project in the dilapidated port area and promotion of rapid urbanization in Jacarepaguá (the suburb near which the main Olympic Park will be located) seem designed to open new frontiers for speculative development. In its defence the government has provided much new affordable housing, including through the federal Minha Casa, Minha Vida programme, which finances mortgages for low-income households. However, new units have overwhelmingly been located in the distant northwest of the city, where land values are cheap, employment opportunities limited and transport connections poor. The result is to deepen the segregationist tendencies created by the speculative boom in the central and coastal zones. 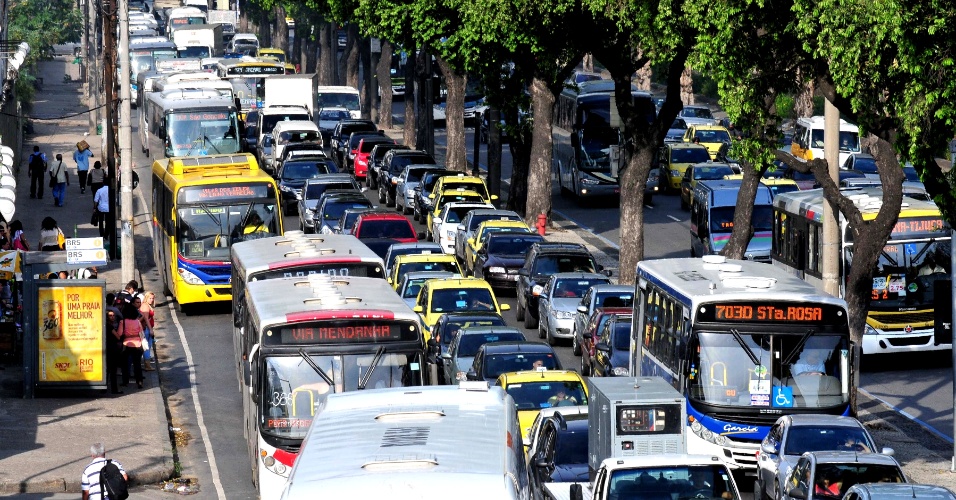 With the rising cost of living the poor quality of the city’s transport system, a symbol of broader public service failures, has become a burning political issue. Rio’s metro network is meagre and poorly integrated with other modes of transport, a problem that the costly extension to the wealthy suburb of Barra da Tijuca will do little to address. Similarly, three new Bus Rapid Transit lines will help to facilitate movement between the Olympic venues and the international airport, but given their cost and routing it is not clear that they will have widespread benefit. Meanwhile the general bus system is at breaking point, with overworked, underpaid and poorly trained drivers unable to provide a basic service. The gaps in the bus system are filled by combi vans, typically used by the poor because of their lower rates and ability to navigate winding hillside favela roads. However, after a high profile case earlier this year in which a tourist was raped and robbed in an unlicensed van Mayor Eduardo Paes unilaterally banned them from tourist areas, thus placing a further squeeze on poor residents who commute there for work. 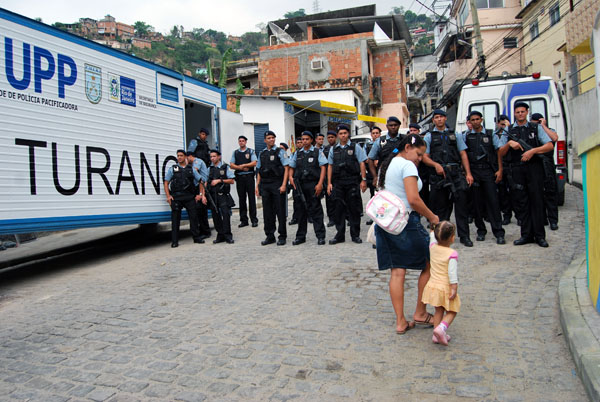 The favelas, where almost a quarter of Rio’s population and many of its working poor live, have been placed at the heart of the new city strategy. Indeed the promise of paying a historical debt to these communities after years of endemic neglect and frequent repression was one of the most powerful cases in support of the Olympic bid. Since 2008 a programme of ‘pacification’, or proximity policing, has been pursued, under which police have entered and established a permanent presence in favelas previously controlled by drug traffickers. The policy has been criticized for failing to put an end to trafficking, merely pushing it underground, and for the persistence of tensions between police and residents in some areas. However, it has dramatically reduced violence in and around pacified favelas and seems to have made the open flaunting of heavy weaponry by gangs in these areas a thing of the past.

While the improved security situation retains broad support from favela residents and the population as a whole, the current geographical coverage of the programme and a patchy record on post-pacification social interventions have raised doubts as to its endgame. To date pacification has been overwhelmingly targeted at the wealthy south zone and the city centre, as well as areas considered strategically important for the delivery of the mega-events. Meanwhile gang and police violence continue unabated in peripheral suburbs and may be rising in neighbouring municipalities as traffickers are driven out of Rio. The west of the city has increasingly fallen under the control of militias – off-duty and former police officers who have carved out a profitable niche in extortion and violent monopolisation of utilities and other services, often in cahoots with corrupt officials. Of the twenty-four pacification units established so far, only one is in an area previously controlled by militia. 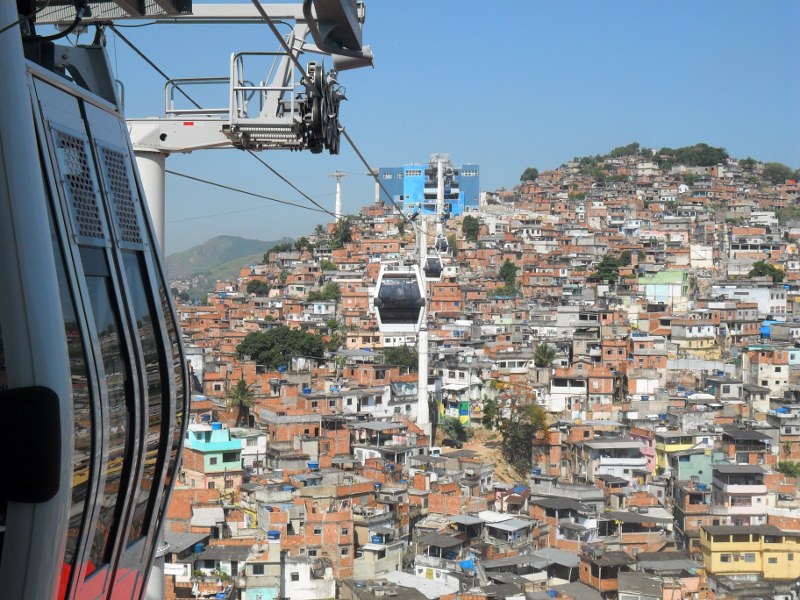 Beyond security, the improvements promised for favela residents have largely failed to materialize. ‘UPP Social’ which was intended to map, upgrade and join up public services post-pacification has instead just become a data collection agency. Meanwhile the Mayor has indefinitely shelved the ‘Morar Carioca’ programme except for a handful of communities – a participatory planning initiative originally planned to be rolled out across all of Rio’s favelas and once envisaged as the ‘great social legacy’ of the Olympics. Instead, high profile interventions, such as the installation of cable cars in Providência (the city’s oldest favela) and Complexo do Alemão (one of its largest) have been unilateral and of questionable benefit to residents. In the case of Providência urbanization works may ultimately result in the removal of approximately one third of its population. The spectre of removal has reared its head in many other areas marked to receive sporting venues and new transport lines, overwhelmingly in highly valued parts of the city. The number of families removed could eventually reach over 10,000. 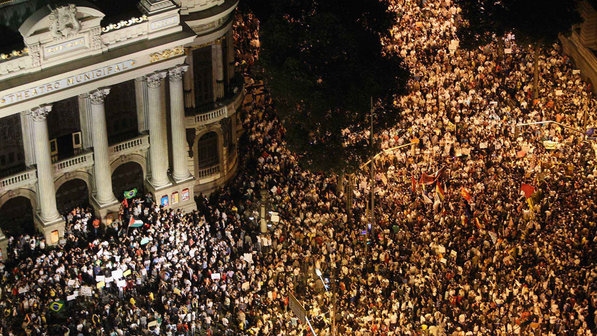 In sum, the city project has to date delivered rising costs, transport gridlock, highly selective securitization and favela removals with, as yet, no improvements to public goods and services. Public schools and hospitals remain underfunded and overcrowded. Instead of heralding modernization and healing old wounds, it is becoming increasingly difficult to discern whether the city is in fact moving forwards or backwards. Uncomfortable parallels can be drawn with the last great attempt to reorder Rio de Janeiro – at the height of Brazil’s military dictatorship in the late-1960s. Then too many thousands of favela residents were removed from their homes, freeing up valuable land to market speculation and sharpening urban segregation. Then too public services languished and protest was met with brutal repression.

But Brazil today is different. It is a democracy, albeit an extremely unequal and often dysfunctional one, and there is a genuine reforming spirit within some organs of the state. Civil society is also rediscovering its voice, both online and on the streets. Cariocas want to see their city reformed in the way that has been promised and will support genuine attempts to do so. What they have seen so far has not convinced them, but it is not too late to turn these perceptions around. In order to do so the authorities must begin by asking themselves the 64k real question: who are the megaevents for? Beneath this lies a much larger question that, since democratization, Brazil has yet to answer: who is the city itself for? If they don’t know the answer yet, they may be about to find out.

Matthew Richmond is currently conducting PhD research into neighborhood effects, social networks and the impacts of mega-events on two favelas. Read more on his blog.