For the original by Aramis Assis in Portuguese on Viva Favela click here. 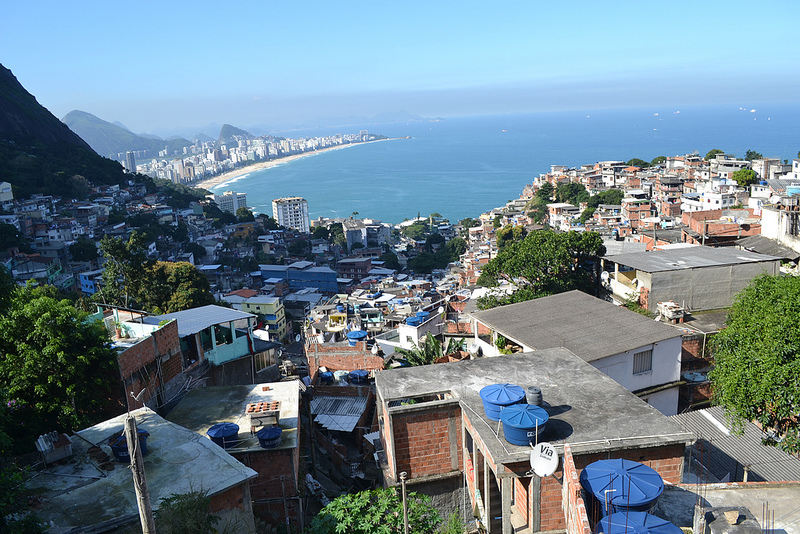 The hyper-appreciation of real estate values that has taken hold of Rio de Janeiro’s major neighborhoods has now reached the pacified favelas, and, surely due to location, is producing vigorous changes in Vidigal. The community, which has had a Pacifying Police Unit (UPP) since January of last year, has attracted tourists and investors alike interested primarily in the beautiful views it boasts.

For this reason, the price of a square meter of property in the favela has gone up dramatically. Today, according to the FIPE ZAP index, the main indicator of the Brazilian real estate market, the average square meter in Vidigal is valued at R$8,299 (US$3750), slightly less than the average R$9,285 in the city of Rio. This increase is felt in the favela, where property purchased 10 years ago for R$30,000 is now worth R$350,000, when normally, corrected only by inflation in the period, it would not have even doubled in price. 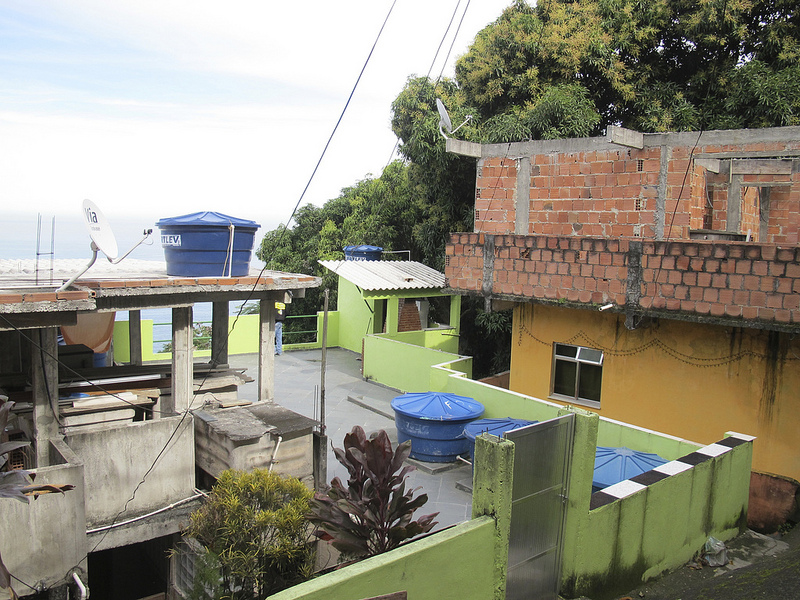 According to André Bacana, cultural and social director of the Vidigal Residents Association (AMVV), the market boom has produced a phenomenon he classifies as “white removal,” (the newly coined Rio term for gentrification) which leads old residents to sell their homes and move out of the favela. “We advise people to negotiate good deals and not move too far, since it would be a very big change of habit. We caution a lot against this,” says André.

Silva Costa, realtor in Vidigal, echoes André, stating most residents regret selling their houses and moving from the favela. For him, the hyper-appreciation of real estate helps residents learn to value their work and benefit from this phenomenon as well. This is the case, for example, of houseworker Elizabeth Oliveira, who has lived in the favela since she was a teenager and, with much effort, bought her own home. “I love working in my community. I would never leave Vidigal, it’s wonderful,” she says proudly.

The traits that fill Elizabeth with pride are the same that keep the community’s most distinguished residents, including actress Roberta Rodrigues, and attract celebrities such as artist Vik Muniz (who will be building a studio for residents in the community), entrepreneur Rene Abi Jaoudi, and musician Otto, who lives in the condominium known as “artists’ building,” for having been home to Gal Costa and Sérgio Ricado, among other artists, in the 1970s. The largest private investment in the favela, the Hotel Mirante do Arvrão, a partnership between businessman Antônio Rodrigues, from Belmonte, and architect Hélio Pellegrino, also bets on Vidigal’s privileged view and location.

According to André Bacana, growth is not greater simply because of the limitations of the favela’s topography. “The favela grew vertically and has no more space to continue building,” he says. He affirms that the community has infrastructure problems such as basic sanitation and garbage collection, and that the residents association is urging not only for Vidigal’s inclusion in the Growth Acceleration Program (PAC), but also for urban planning to improve accessibility. 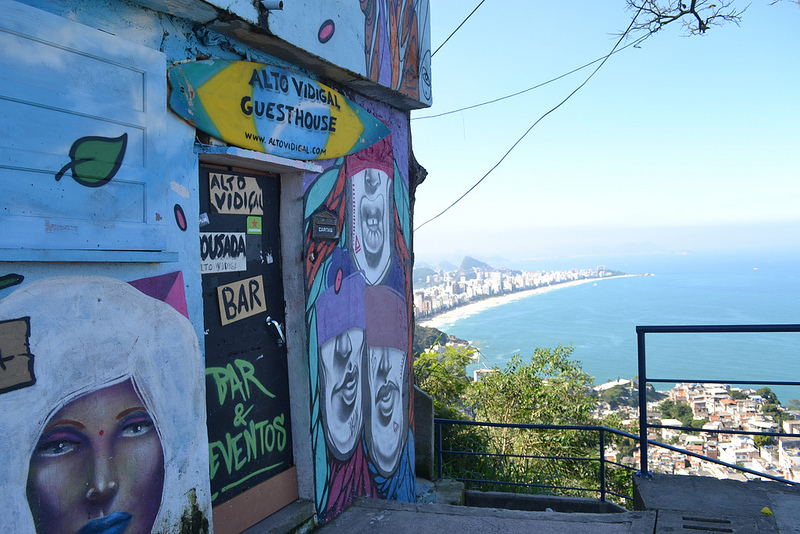 These problems are also noticed by those who arrived more recently, as is the case with Austrian Andreas Wielend, who has lived in Vidigal since 2009 and owns the trendy Alto Vidigal Hostel, located in Arvrão, an area with one of the community’s most breathtaking views and, thus, a good business location. “Yes, property values in the the favela have gone up, but this could just be speculation, and these values ​​may end up, after a while, falling again. Very rapid growth is usually not healthy and it’s the people who suffer from it,” says Andreas, who bought his first property in Vidigal with the intention of saving when he arrived in Rio, as rents in the city’s South Zone were very expensive. He began his business with a German investor who owned many houses in Vidigal and gave up the project.