After a week of meetings in Brazil, the Secretary General of Amnesty Internacional, Salil Shetty, demanded an end to police impunity and a greater consistency in the protection of human rights, affirming that both the favelas of Rio and the indigenous communities of Mato Grosso do Sul appear to be “weak zones of human rights.”

“It is as if these people were not even in Brazil. Different rules apply there. They live in war zones where their human rights are suspended,” said Shetty. 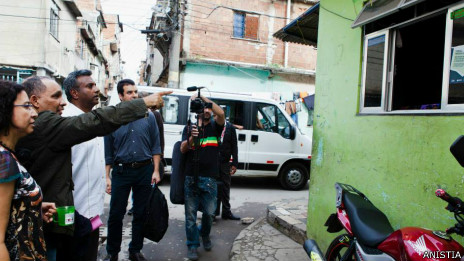 During an interview with BBC Brasil, Shetty condemned the police violence, commented on the disappearance of stonemason Amarildo in Rocinha, and affirmed that the actions of the police during the protests were “an alert to the average Brazilian citizen.”

Shetty spent the last week in Brazil and heard stories of violence from residents of two areas of Brazil. He visited the favela Complexo do Alemão, and the indigenous communities in Dourados, Mato Grosso do Sul, where he visited a Guarani-Kaiwoá village and met with leaders of diverse ethnicities.

In Brasilia, he met with the Minister of Justice, José Eduardo Cardozo, the Minister of Human Rights, Maria do Rosário, and the presidential Secretary-General, Gilberto Carvalho.

“I tried to transmit to them a message of urgency,” he said. “These communities (both the indigenous and the favelas) are losing patience.”

Closing his visit on Friday, Shetty held that the government has many accomplishments to be proud of, citing the reduction of poverty, income inequality, and the creation of the Truth Commission.

However, he said that Brazil needs to take urgent action to consistently protect its citizens.

Read further to follow the principal sections of the interview. 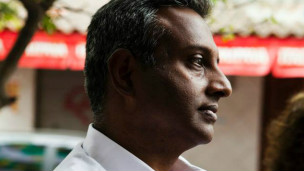 BBC Brasil: In the last couple of months, we experienced a movement of protests that have shaken up the country. In your opinion, how is the moment connected with defending human rights in Brazil?

Shetty: The basic concept that permeates human rights is that those in power need to be seen as accountable in front of common people. In many democracies, like in Brazil, Turkey, and India, leaders have a tendency to assume that once elected, they gain legitimacy, and only need to be held accountable for the following elections.

I believe that people in the world are telling the leaders that the elections are the first step in gaining legitimacy, but not the last. It is a constant process, and if you do not fulfill your promises–the people will no longer be apathetic. They will demand their rights. In a certain way, it is a very positive sign.

For me, essentially, the protests were about human rights–be they economic rights, social, civil, political. The sad reality in Brazil’s case, and it was not different in Turkey or in India, is that the response from the state was one of repression. In Brazil police behavior still carries over from the days of the dictatorship.

BBC Brasil: The role of the police during the protests created much criticism, with allegations of power abuse and arbitrary arrests. Amnesty International itself criticized the excessive use of force and non-lethal weapons.

Shetty: Paradoxically, I believe it was the first time the middle class experienced the brutality of the police. For the residents of favelas, as well as the indigenous communities, this experience is normal. What occurred was unfortunate, but on the other hand it was a great awakening for the average Brazilian citizen to realize how the police acts.

BBC Brasil: Based on your observations, what needs to change?

Shetty: The country needs to profoundly reform the police system. It needs a unified police force, a database with cohesive information, a serious police-training program–a police force that helps the people, and does not harm them. A judicial reform is strongly needed.

We have to remember that Brazil has one of the highest rates of violent homicides in the world, and a significant portion (close to 20%) are committed by the police.

The central question is impunity. We visited the Complexo da Maré, where 10 people were killed, including a police officer, during an operation carried out by the Special Police Operations Battalion (BOPE), in June. We witnessed the disappearance of Amarildo from Rocinha (the stonemason that disappeared after being taken in for questioning by the favela’s Pacifying Police Unit, UPP, on July 14th).

Amnesty has publicly raised these issues for some time, and now they have become more visible by the media and the middle class because of the protests and excessive use of force.

BBC Brasil: In many cases the police argued that they needed to intervene during the protests to combat the acts of vandalism and depredation of government property.

Shetty: No one is saying that the state should not contain the acts of vandalism. It is the responsibility of the state to protect the lives of citizens and public property. This is not the question. However, there seems to be a consensus within Brazil that the reaction of the police force during the protests was disproportionate. You cannot use vandalism to justify attacking students and people who were peacefully protesting.

BBC Brasil: You mentioned the BOPE (Special Police Operations Battalion) operation in Complexo da Maré that ended with ten dead during the Confederations Cup. How was your visit to the community?

Shetty: The interesting thing about Maré is that there exists an expectation of the arrival of the UPP, that it should bring peace. But the people fear this “peace.” We did a campaign there so residents realize their rights, and know how to react if the police arrive in the middle of the night trying to knock the door down.

The principal problem with combating police impunity is that the police themselves conduct the investigations. People do not complain because they are scared; or if they complain, there is no investigation and nothing happens; and if there is an investigation, no one is condemned.

In Brasília, our recommendation (to government officials) was the creation of an independent mechanism for monitoring complaints related to police impunity, that has investigative powers and civil participation.

BBC Brasil: The disappearance of the stonemason Amarildo, in Rocinha, mobilized people to protest even outside Rio. It became a symbolic case, even though it is not the first time this has happened. Does this mobilization have something to do with this moment of protest, with the fact it happened in a pacified favela?

Shetty: I believe the media became more aware and gave more visibility to the case. The UPP (Pacifying Police Unit) increased the expectations of people. If you have a UPP, the favela is supposedly pacified, but a man enters and…

We spoke with one of Amarildo’s nieces, Michele, and she said he has six children who are asking where their father is. He left the house to buy lime to prepare the fish for dinner and never returned. It is a dramatic story that has increased the understanding of the problem behind the protests, even moreso with the UPP’s presence in the favela.

And the point that we emphasized with the government is–you will be the headquarters for the World Cup and Olympics. You cannot have a situation where the majority of the population in Rio, in the favelas, lives in fear, intimidation, and uncertainty. It is not good for these mega-events. The protests that we saw did not have much participation from the residents of the favelas, and were based around the Confederations Cup. You can only imagine what could happen during the World Cup.

BBC Brasil: The protests during the Confederations Cup also denounced the violation of human rights in the context of the World Cup, regarding forced evictions and questioning the priority of investments.

Shetty: With these events, it is essential to have a dialogue with the communities and stay attentive to their needs, but we have already documented many cases of forced evictions due to reformation of the infrastructure for the Olympics.

Brazil is signatory to many international human rights treaties. The federal government must be responsible for this. We cannot denounce each municipality. It is not City Hall or the governor who is signing the contract. If the government signs it, it is its role to resolve all of the internal, national issues.

BBC Brasil: And the country is not doing this?

Shetty: No, if you look at the problems involving the police and the indigenous people, they are violating United Nations guidelines. What I saw in the favelas and the indigenous communities is very similar–both types of communities are “weak zones” of human rights. It is as if these people were not in Brazil. Different rules apply there. They live in war zones, and all of human rights are suspended.

For twenty-five years, Brazil has assured that the indigenous peoples would have the right to their traditional, demarcated lands. Now, twenty-five years later, the Guarani- Kaiowá, the Terena, and other ethnicities that we met, are losing their patience. This is happening in the favelas as well. In English we have a saying: justice delayed is justice denied.

We tried to transmit a message of urgency to the ministers. Yes, they are complex questions and Brazil has a bureaucratic system, but for how much longer will they continue to use this as an excuse?

BBC Brasil: What did you observe when you visited the indigenous communities of Mato Grosso do Sul?

Shetty: We visited communities that were removed from their lands and are now living on the edges of the highway. It was a shocking vision. A few hundred people living there, camping out on both sides of the highway, with many cases of children being run over and dying. Afterwards, we visited their burial grounds; indigenous people dead because of mafia men or barons of the sugar industry.

This is a very unequal fight because the men (capangas) arrive with arms and cars and the indigenous people are there, on the side of the highway without any protection. Delaying the demarcation of land results in indigenous communities suffering from violence, intimidation, and forced evictions.

I told the ministers that this strategy is very high risk. They continue to ask the indigenous people to wait, but they have reached a point where they can no longer wait, and are ready to occupy the lands. If they occupy the lands, you can only imagine the consequences.

Brazil is a modern, democratic country with a society that is relatively wealthy, and it is becoming a world power. Basic human rights must be guaranteed.

Brazil wants a place on the United Nations Security Council. It is a legitimate claim. But, if you cannot guarantee security in a favela, how could you want a permanent place on the Security Council of the UN? There has to be a correlation between the two. You have to protect citizens, and this has to be done in a consistent form.