For the original article by Artur Voltolini  in Portuguese for Observatório de Favelas, click here.

Data collected by sociologist Michel Misse, in partnership with the Brazilian Bar Association of Rio de Janeiro (OAB/RJ), show the unreasonable number of deaths caused by police and of disappearances in Rio de Janeiro between 2001 and 2011. 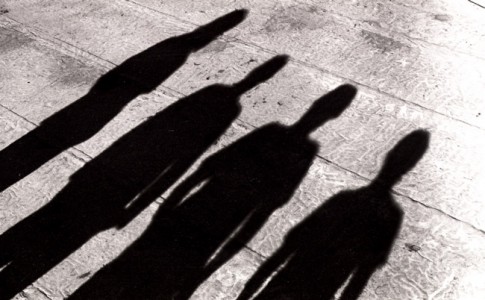 On August 27, the Bar Association of Brazil/Rio de Janeiro (OAB/RJ) launched the campaign “Disappearances of Democracy,” in which it disseminated the results of research conducted by sociologist Michel Misse of the Rio de Janeiro Federal University (UFRJ), whose findings show that more than ten thousand people were killed under suspicion of confrontation with Rio de Janeiro police between the years of 2001 and 2011. The objective of the campaign is to pressure the state to release data about these deaths so that a database can be formed with all of the information, from the name of the police officers involved to the testimonies of the victims’ family members. These data will be analyzed by a multidisciplinary team to subsequently draft proposals to define police action protocols, improve the criminal justice system, and, in doing so, strengthen democracy.

According to Michel Misse, Rio de Janeiro police kill more than the police of many countries. In the United States, where the police are known for truculence, an average of 300 people are killed annually in confrontations within a population of approximately 314 million (one death for every 1,050,000 people). In Rio de Janeiro, one thousand are killed in a total of 16 million inhabitants (one death per 16,000 people). Misse affirms that this does not occur in other Latin American countries with violent histories of civil wars and drug trafficking, such as Colombia and Mexico. For the sociologist, society’s lack of indignation when faced with this reality causes as much concern as the actual data.

The State Superintendent of Racial Equality, Marcelo Dias, says this finding points to existing racism in Brazil, since the majority of deaths of those under suspicion of confrontation with the police and of missing persons is black, young, and poor. “Today, as the Military Police does what it does [against the protesters] downtown and in the South Zone, society gets angry, but when the Bar Association (OAB) goes to Maré to participate in the protests against the 10 killed in a police operation, it is criticized. This is a racist society,” he states.

Besides the number of deaths, other data from the research are also alarming. In 2007, we had the greatest peak in deaths resulting from confrontation with the police, counting 1,330 victims in the entire state and 902 within the municipality of Rio de Janeiro alone. After that year, the number of deaths fell while the number of disappearances rose. Until 2007, according to information reviewed by the state, around 60% of missing persons returned to their homes. After this date, the state changed their way of operationalizing the data, and we no longer have the return percentage.

Between 2005 and 2007, 707 deaths by police in which the perpetrators were known were established. Of these, registrations of 510 were obtained, but only 355 were investigated. Only 19 were sent to court; 16 of those were archived, three tried by the Public Ministry. Of those, two were sentenced (accusation accepted by the judge), and only one of those was judged by a jury, resulting in conviction. Reflecting on this, Misse says the majority of cases are not investigated, and affirms: “I don’t use the word impunity; that would be an exaggeration. We don’t know what happened. The systems of the Civil Police, of the State Public Ministry, and of the courts don’t talk to each other.”

It’s not just today that deaths and disappearances of suspects take up space on the pages of Rio de Janeiro’s newspapers. On November 18, 1884, the case of Castro Malta caused a commotion in the media of the time. It was printed in the Jornal do Comércio that Castro Malta, “well-known troublemaker in Constitution Square,” had been detained for disturbing the peace. Six days later, the same newspaper published the burial notice of one Castro Mattos on the obituary page. The family, worried about the disappearance of Malta, sought out the newspaper O Paiz, with the suspicion that the Castro Mattos that had been buried could have been their relative. Thus began a series of exhumations and different versions of the story—one minute Malta was a capoeira artist and trouble maker, the next Malta was a quiet worker—all published in newspapers. In the end, it was never clarified who the buried body belonged to and where the body of Carlos Malta was. The case even became the theme of a short story by Aluísio Azevedo, published in the weekly journal, A Semana.

Marcelo Chalréu, president of the Human Rights Commission of the Bar Association of Brazil, also notices a similarity between the current high number of deaths caused by police and of disappearances and the numbers during the military dictatorship: “There is a correlation between the dictatorial state and the repressive democracy. The difference is: now they have sophisticated the disappearances. It surprises me that even today there is no law regarding the crime of forced disappearances.”

Paulo Jorge Ribeiro, sociologist at the Pontifical Catholic University of Rio de Janeiro and one of the research organizers on deaths and disappearances, believes it is necessary to turn to psychoanalysis to understand society’s disregard: “If an individual doesn’t take responsibility for his actions, he becomes a cynic. And our society, do we take responsibility?” he asks. To him, our society is structurally unequal and racist, where some individuals are so invisible that they aren’t even considered “non-citizens.”

Paulo affirms that an ideology exists that defends that we are a peaceful country; ideology that ignores all of the blood that ran in the country between the 18th and 19th centuries and continues to run today. “I believe that facing the memory is understanding; it is to confront our own ghosts. Look at our neighboring countries and see how they treat the memory of the dictatorial period; Chilean and Argentinian cinema are good examples of this,” he explains.

The history of Brazil is full of things forgotten. Even today, we haven’t resolved many problematic and violent issues of our past, for example slavery, the War of Paraguay, Canudos, and more recently the crimes of the Military Dictatorship. There are many cases that, because they weren’t identified as problems, are reflected even today in the contradictions of our society. It is urgent that we discuss the militarization of the police, that we reform the police action protocols, and that we strengthen the judiciary system. Otherwise, we will continue to be a country in which anyone could end up like Amarildo, primarily young black people, poor people, and people who live in the favelas and other common spaces.