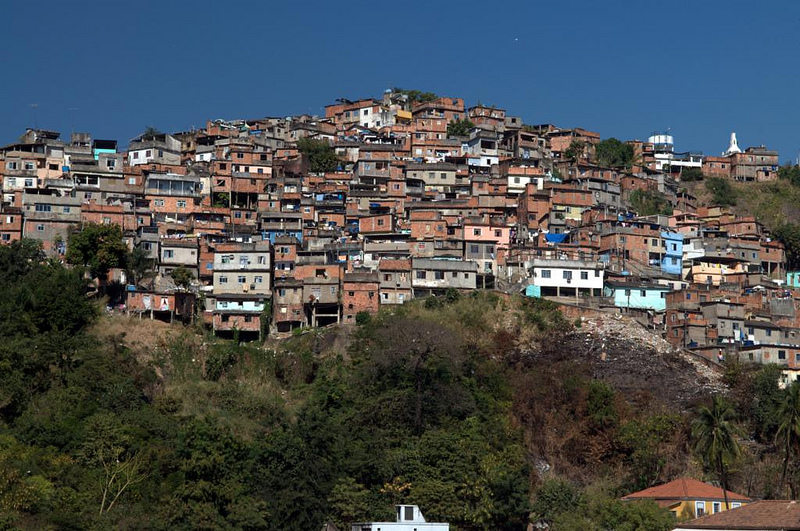 Rio’s oldest favela, Morro da Providência, lies just 2km from Cidade Nova, known today mostly as the location of Rio’s City Hall. Soldiers returning in 1897 from the Canudos war in Brazil’s Northeastern state of Bahia, named it Morro da Favela, or “Favela Hill.” ‘Favela’ was the name of another hill near the battlefields of Canudos, as well as the colloquial name of a native plant (Cnidoscolus quercifolius) that was prominent in that area, a name imported by the first settlers of Rio’s hills. As other hills nearby soon became inhabited by migrants or other dislocated citizens, during the Pereira Passos reforms and subsequent development in the city in the first decades of the twentieth century, they too took on the name ‘favela.’ The hill near Cidade Nova then became known as Morro da Providência, but it had cemented its impact on the future of Rio de Janeiro. Providência means ‘providence,’ referring to a manifestation of divine care.

Cidade Nova (the ‘New City’), right at the geographic heart between Rio de Janeiro’s South and North Zones, is a fundamental point of reference for understanding the contemporary city. It is also the subject of a fantastic new book by Bruno Carvalho, a Carioca (Rio native) and Princeton professor. Carvalho’s work, Porous city: a cultural history of Rio de Janeiro, explores the significance of the neighborhood from when the Portuguese imperial capital moved to Rio in 1810, through independence, Rio’s belle époque and into the twentieth century. He focuses on literature (including a wonderful chapter on Machado de Assis), but also incorporates studies of other sources including data about population growth and development in the Cidade Nova area. 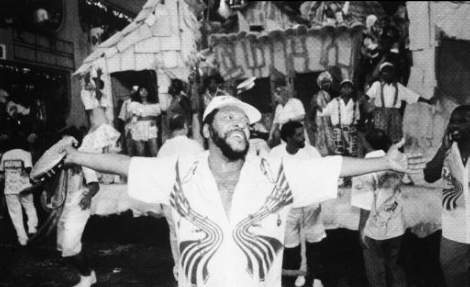 Favelas, for a variety of reasons, grew in number and in terms of the percentage of the population that inhabited them. They became an integral part of the city. From Providência and surrounding areas emerged samba, carnival, and other elements that are now vital to Rio’s cultural essence. As the neighborhood was growing in the 19th century, writers slowly began to engage with this ‘new city’ that sat cheek-by-jowl with Rio’s older, and wealthier, city. With Machado and other authors later in the 20th century, there was a recognition of the region as a dynamic space in Brazilian cultural history. Carvalho explores this idea profoundly, and introduces the idea of ‘porosity’ as a fundamental and direct challenge to the notion of the ‘divided city.’ He writes, “the idea–or at least the hypothesis–that there are ‘two Rio de Janeiros’” emerged in the early twentieth century as Cidade Nova itself became a border “between Rio the capital of Brazil and ‘another city’ altogether, a semi-suburban milieu of barefooted blacks and of a more morose, unhurried rhythm.” This unfair perception of division and separation, leading to stigmatization, has remained and been augmented, and is fundamental in typical conceptualizations of the city both from the outside and from within.

Carvalho’s work mostly deals with the period up until the mid-20th century when Getúlio Vargas built a freeway named after himself through Cidade Nova, relocating many residents and destroying the broader community. Cidade Nova and the nearby port area have always been important, integral parts of the city–not to mention favelas throughout the city as vibrant spaces of community–but during both the early- and mid-twentieth century these neighborhoods found themselves in the way of blind ‘progress.’ Exactly the same phenomenon is occurring now: Rio is again at a crossroads in its history, a moment of international visibility, and has deemed it opportune to take extensive (and insensitive) action. 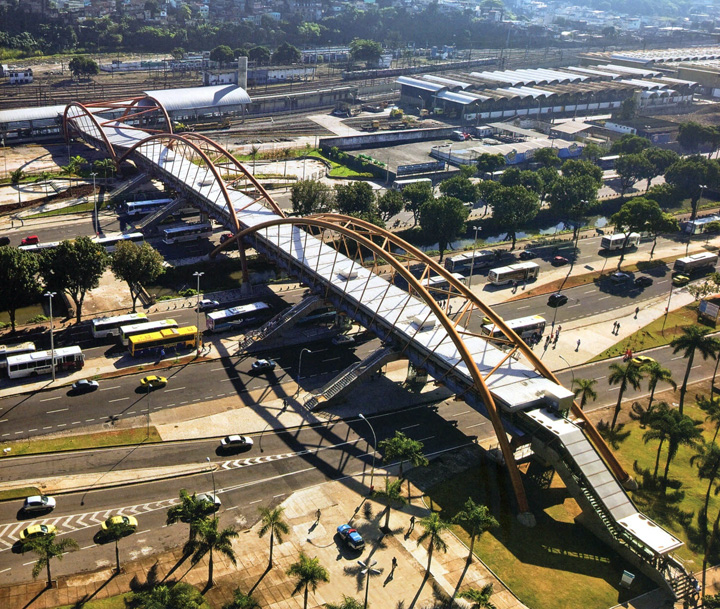 Unfortunately, Rio is in the process of missing its chance to avoid the mistakes of the past. Carvalho describes what happened in the 1940s with shortsighted policies that were only seen as such after-the-fact, when it became clear that what existed prior in fact did have value. We can see this again now, as the city inefficiently implements shortsighted policies (evictions, for example) and only then does it become clear that, in fact, favelas represent a vital part of the city’s cultural make-up, and need to be listened to. Artistically and aesthetically, the French artist JR made that statement when he used Providência and its architecture as the subject and integral part of his Women Are Heroes project, which paid tribute to unsung female residents of a macho environment. Symbolically JR showed that one does not have to dominate or appropriate the favela, but instead people can work together, create and develop together, and produce a solution that is sensitive to disparate needs and develops not only from the top down.

The realization will most likely come too late that there are not–whether some residents desire it or not–‘two Rios,’ and that rather the vitality of favela communities is integral to the future cultural dynamism of the city. The predominant establishment perspective is that favelas are a problem or an issue that needs solving top-down rather than working together with the city’s communities, and listening to them before implementation of policies and interventions. In a TED talk, Ernesto Sirolli, an acclaimed and noted authority on sustainable economic development, explains how listening goes a long, long way. Working with people and communities to establish how best to change is the way to go, rather than shortsighted policies based on pandering to short-term investor interests.

It is ironic that Rio’s City Hall, where largely top-down policies are made in closed quarters, and its swanky Operations Center, lie in the middle of what once was the vibrant, bustling Cidade Nova. Today the area can be seen to mark the division between North and South Zone, with the city’s seat of power sitting opposite the city’s oldest favela. But as Carvalho makes clear, it is naïve to think of Rio simply as a divided city, and the quicker policymakers realize this the better.

Tom Winterbottom is completing a doctoral dissertation at Stanford University in the Iberian and Latin American Cultures department. His research focuses on the cultural study of urban centers, and he is writing his dissertation on cultural representations of contemporary Rio de Janeiro and the effect of the Olympics.