With its historically welcoming and bohemian community and stunning views of Rio’s coast, the Vidigal favela in Rio’s South Zone has seen ever more visitors, new residents and outside developers since receiving a Pacifying Police Unit (UPP) in 2011. How are new visitors, residents and developers changing Vidigal? How do longtime residents view these changes? What are the concerns, hopes and fears for the future?

Here we take a look at some of the changes in Vidigal with residents’ comments from a workshop CatComm conducted with Vidigal residents in November 2013 to discuss gentrification and resident hopes for the future.

“The situation here will improve, but who will be here to enjoy it?”

Residents anticipate a series of public investments and improvements in public services, which started with the installation of the Pacifying Police Unit in 2011. However, as prices rise and new residents and outside developers move in, longtime residents question whether they will afford to stay and enjoy these much-needed and desired improvements. 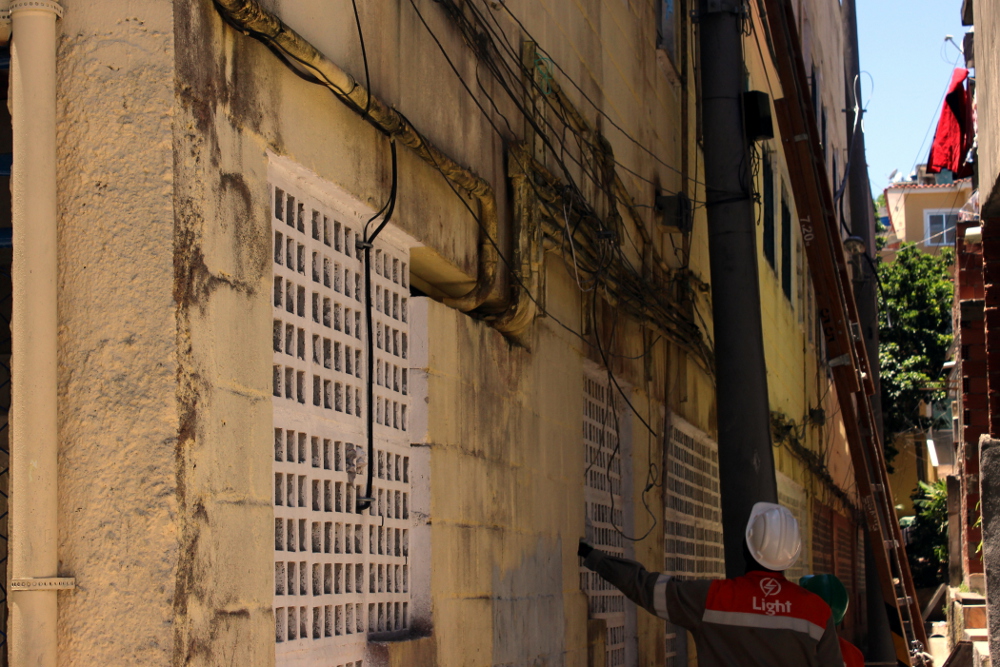 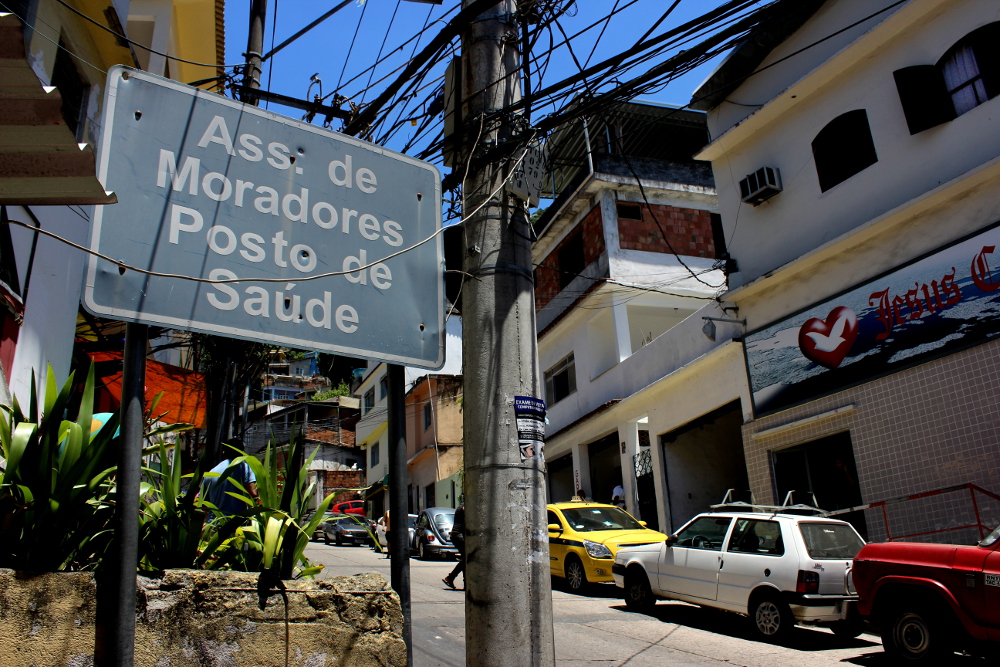 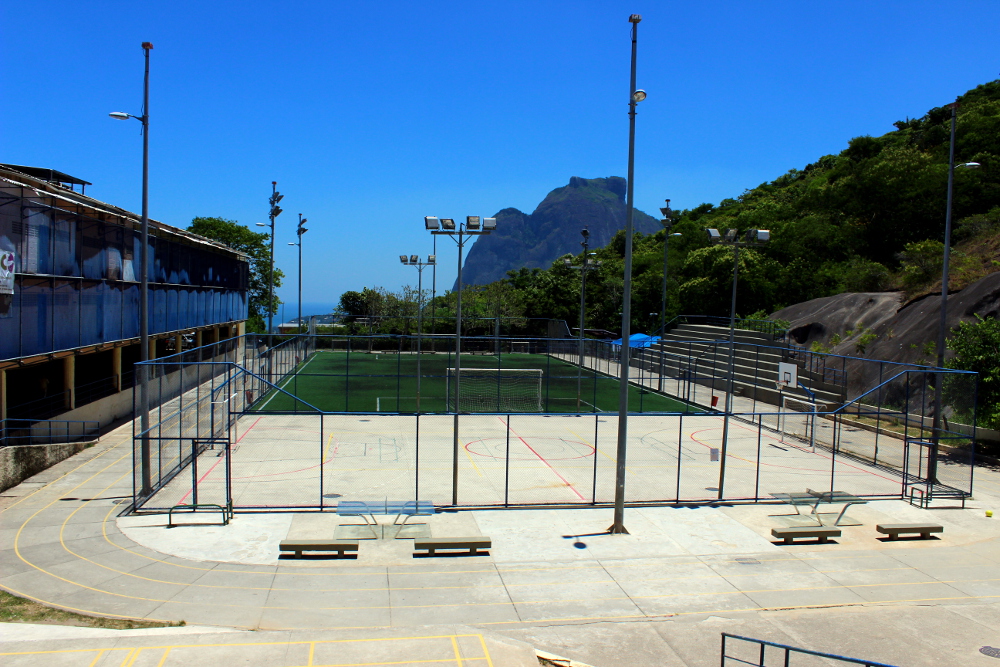 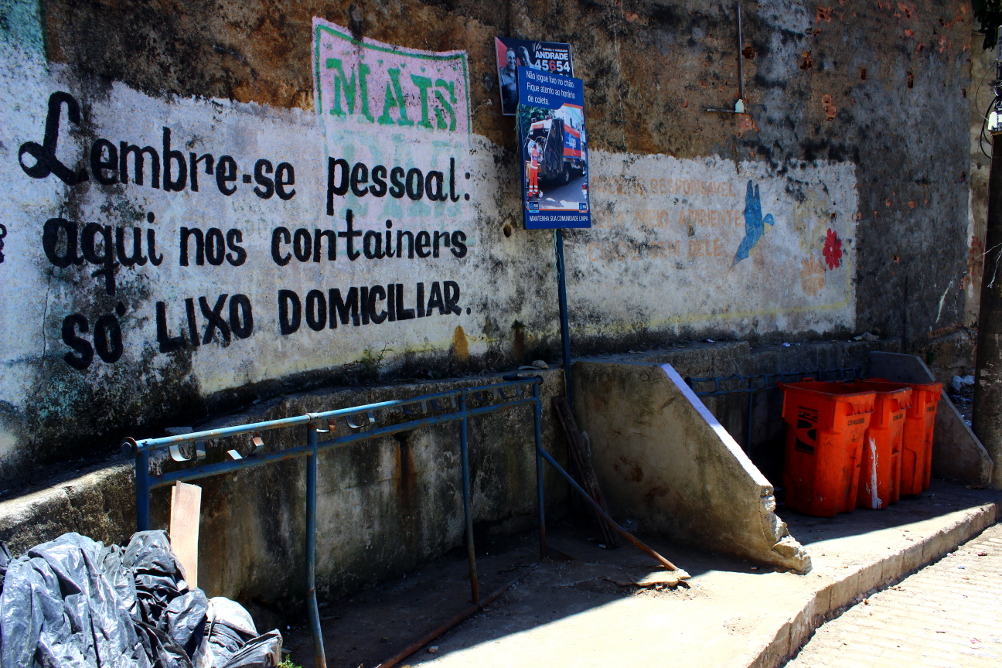 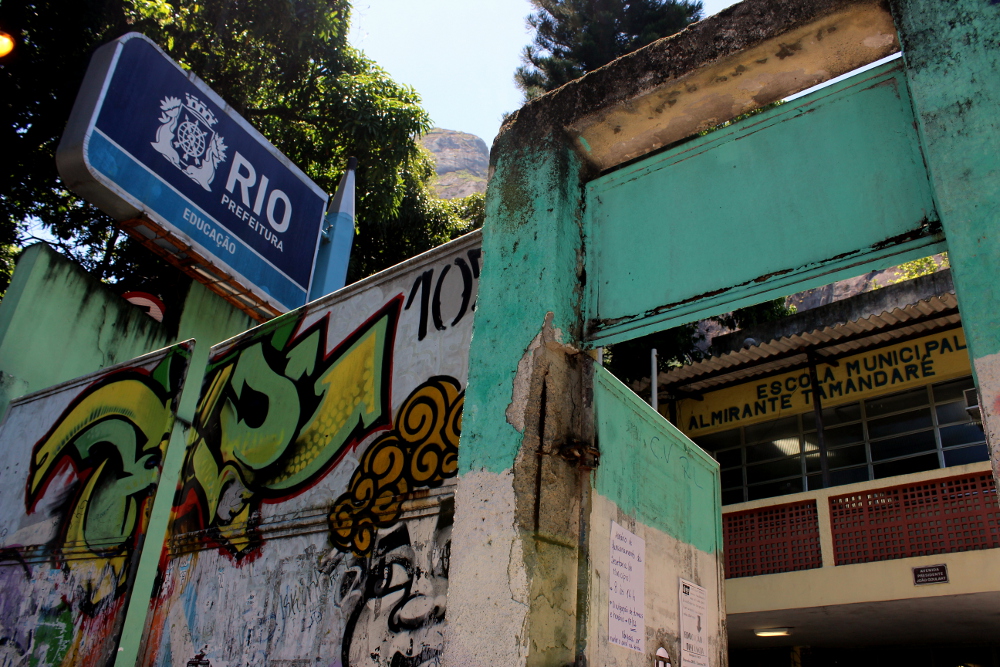 “Why is the construction work of residents restricted and the building of hotels permitted?“

Residents report being prohibited from making improvements to their homes. All this while hotel developments by outside developers continue unabated. The latest is the boutique Hotel Mirante do Arvrão which opened in December 2013 and offers accommodation and sea views from the top of Vidigal for R$60 to R$300 per night. 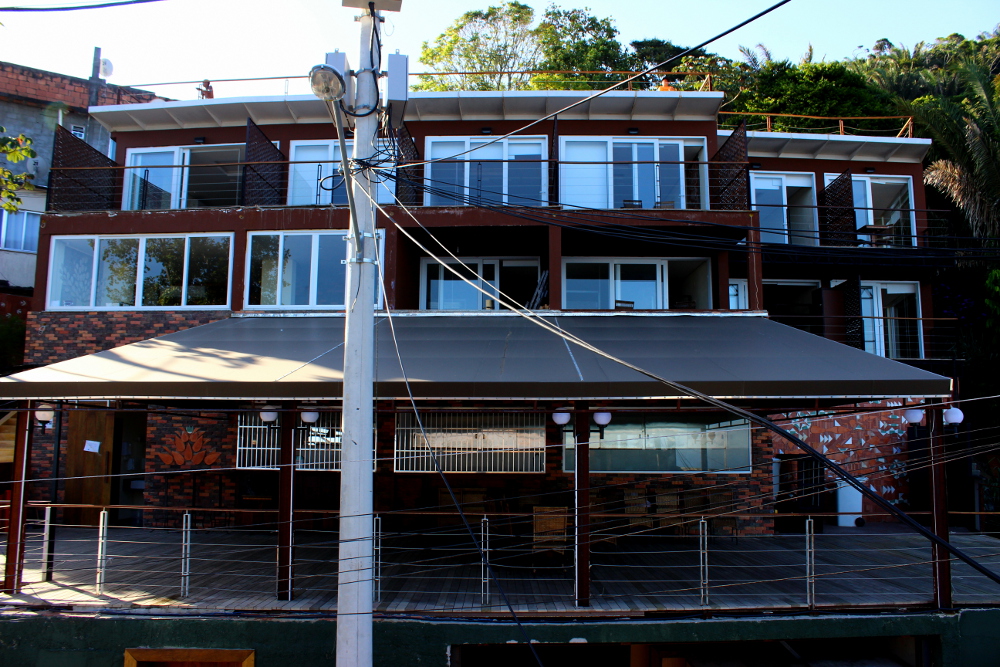 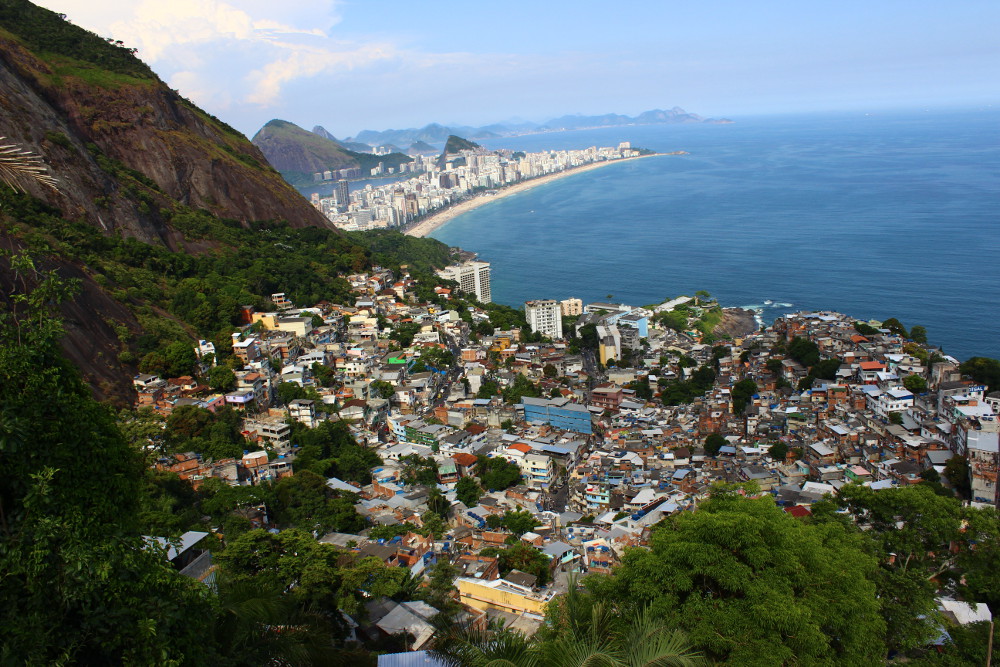 The whole area at the top of Vidigal surrounding the hotel is under construction. Though some Vidigal residents report being prohibited from construction, others are expanding their houses by adding more floors to rent out to foreigners. 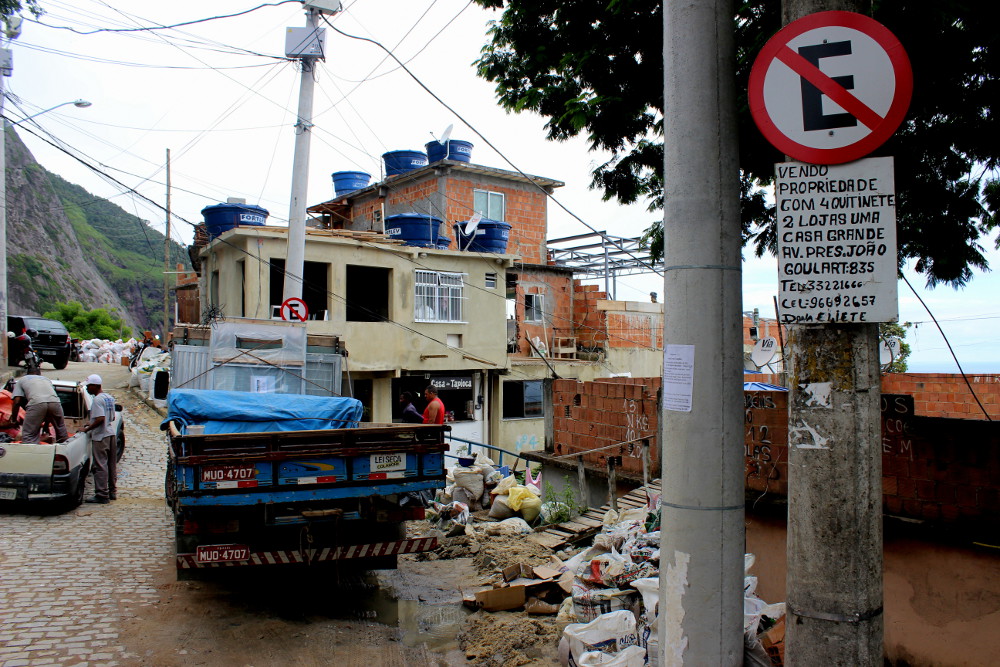 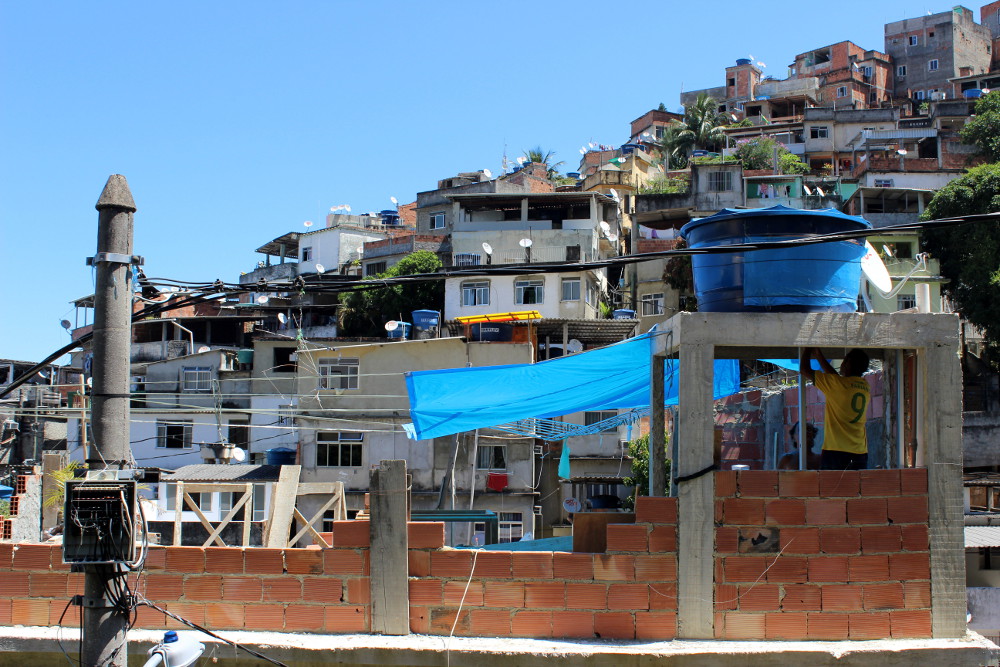 “What will be the identity of the place? All the blood we shed. Literally.”

Before the arrival of the UPP, and particularly in the 1990s and early 2000s, Vidigal residents lived under and through the rule of heavily armed drug traffickers. Disputes over territory and clashes with police meant frequent shootouts and the daily possibility of being hit by stray bullets. Having come through not just those times, but having collectively developed the neighborhood without government intervention or support, Vidigal residents now worry whether they will be able to stay and enjoy the new peace and opportunities. 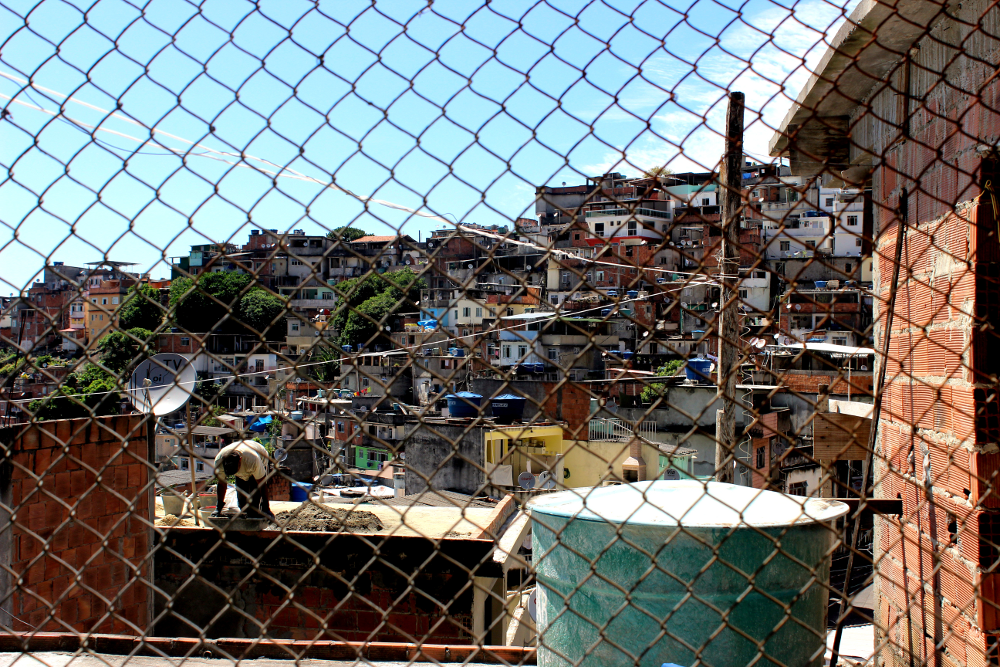 “New culture is welcome. But up to what point are the exchanges positive?”

Many foreigners (possibly up to 1000) have settled in Vidigal. Some hostels and hotels host trendy parties with expensive entrance fees of R$30-60. Often these parties are inaccessible to local residents but instead frequented by tourists and residents of the wealthy South Zone neighborhoods. Residents report feeling excluded from the new cultural events being held in their community. 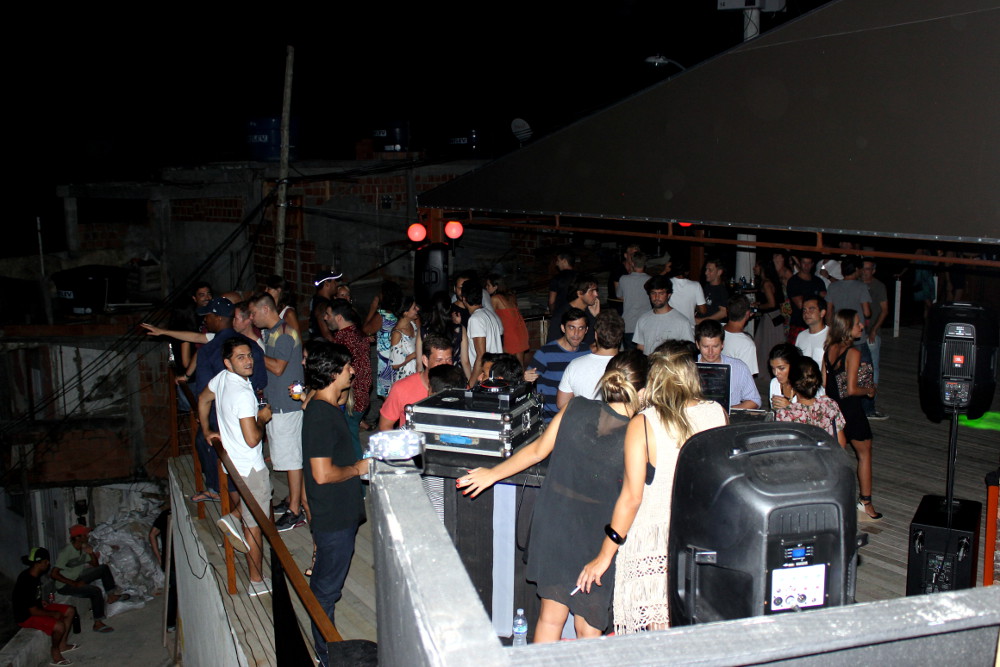 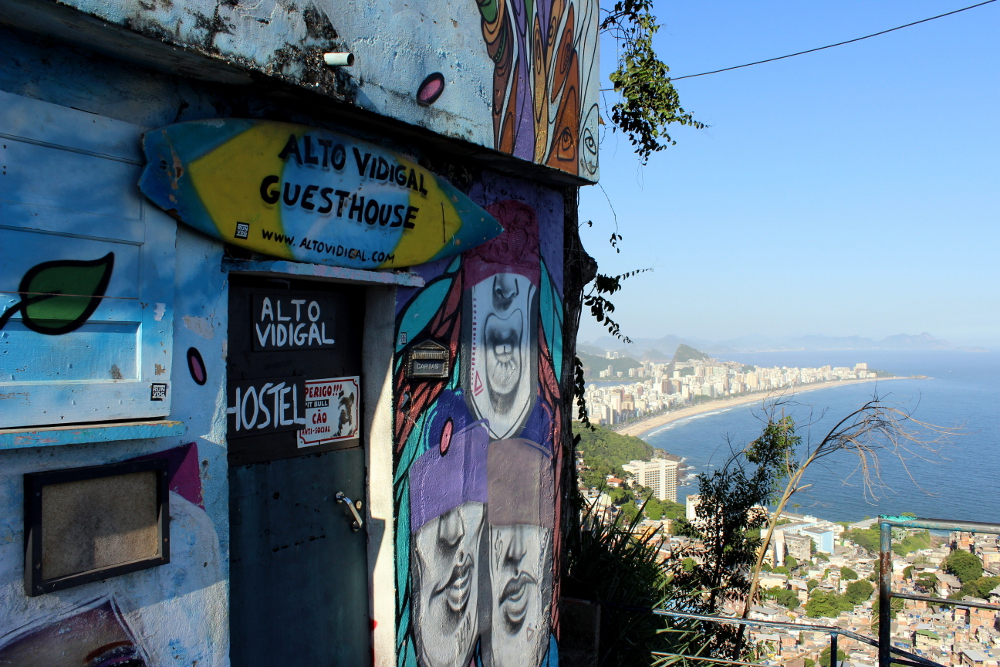 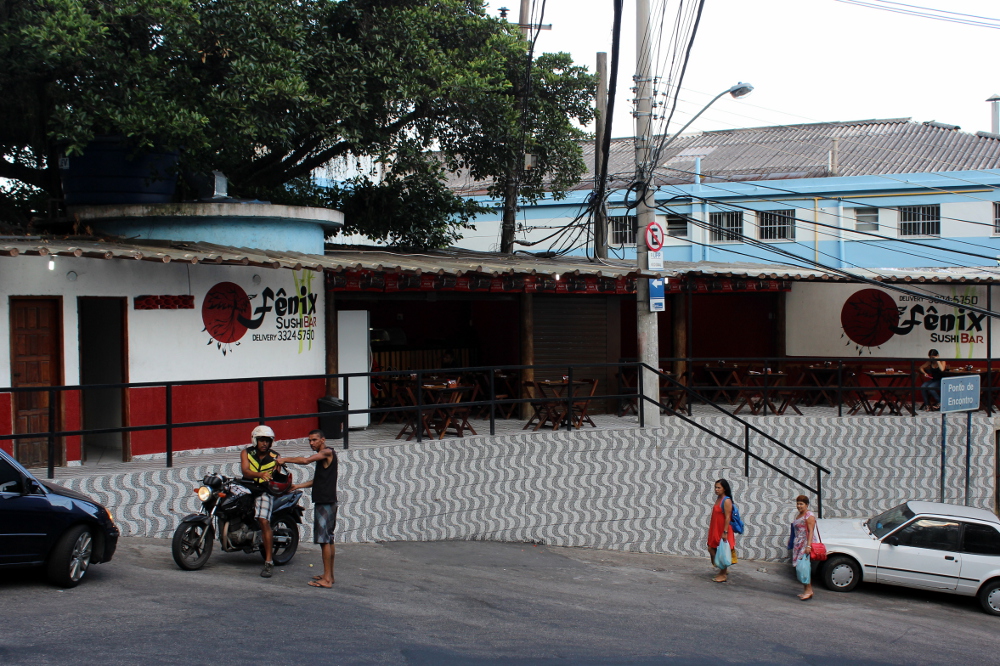 “It was like a village. We had our privacy. Now people come in filming and photographing everything.”

During the years of conflict between rival drug factions from Rocinha and Vidigal, the community was considered a dangerous “no-go” place. Today tourists visit every day, and favela tours are growing into one of the more popular tourist activities in Rio. Often tourists forget–or tour leaders don’t remind them–that this attraction is home to thousands of people, many of whom wish to keep their privacy. Residents’ privacy is often violated as visitors take pictures of them and their homes without asking permission. 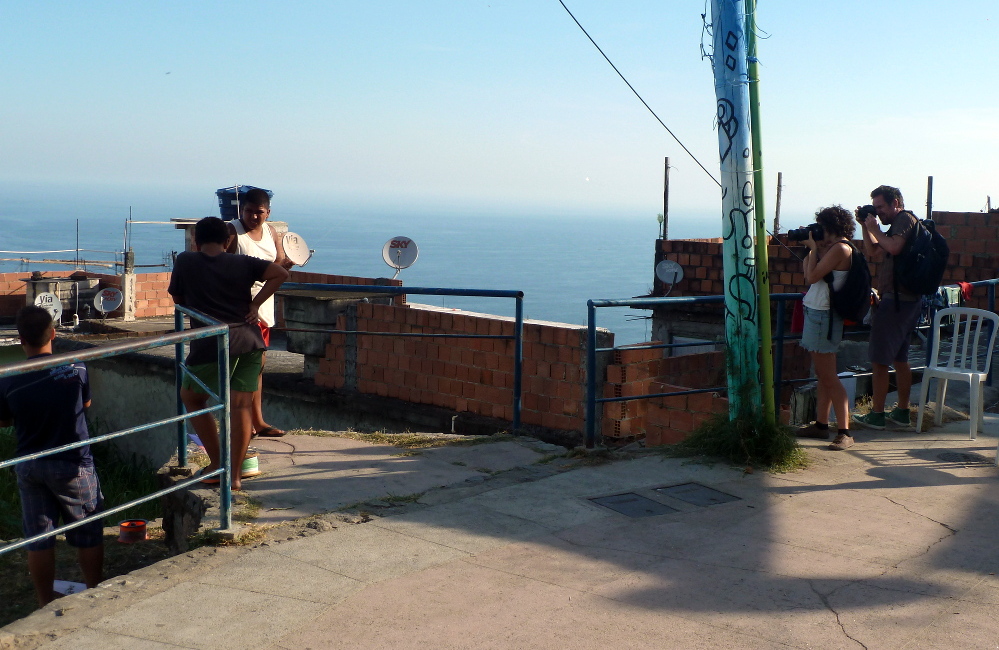 Many are welcoming of the foreigners who have come from elsewhere in South America, Europe, Australia, the United States and Africa to make Vidigal home and appreciate opportunities for cultural exchange. Some residents are eager to interact with their new neighbors. But with the new cultural mix come increases in prices and rents which are already leading to displacement of longtime residents. 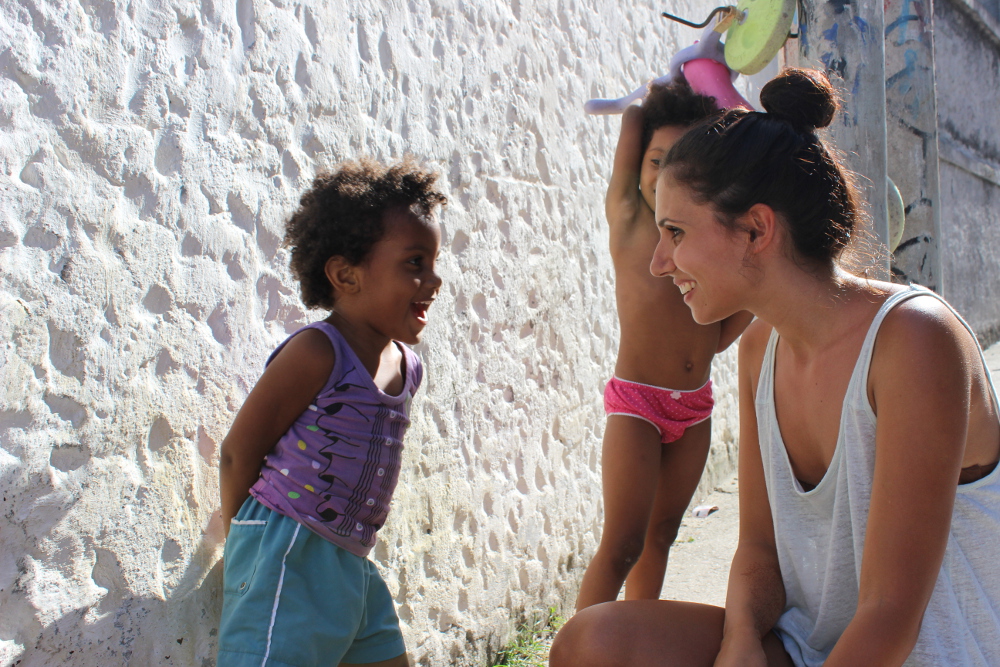 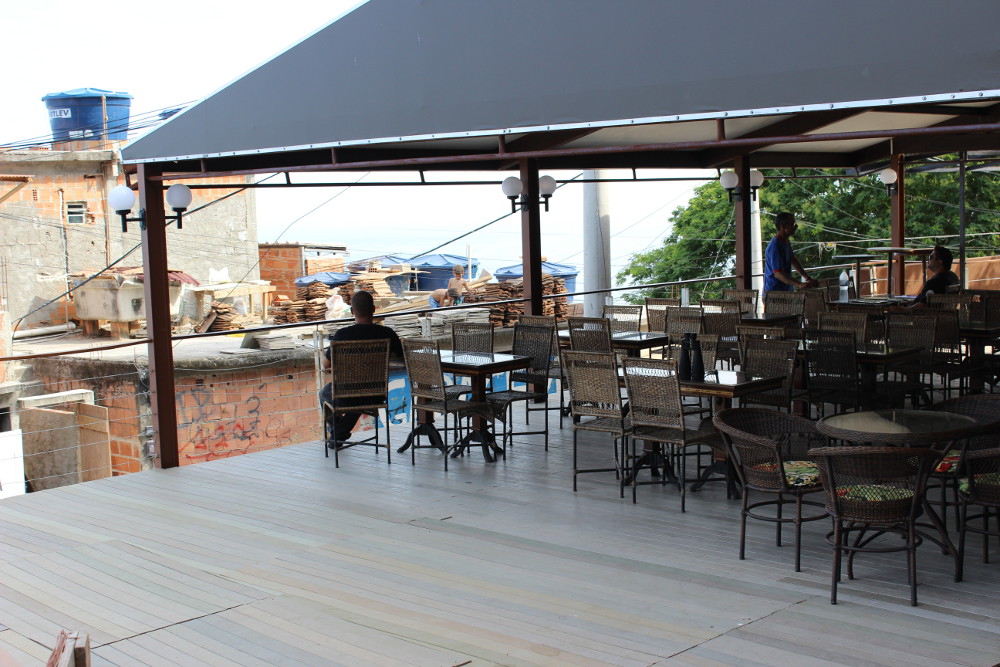 “I never could imagine leaving Vidigal. I love Vidigal. ”

Many Vidigal residents have lived in the community since birth, over generations or for many years and have great affection for their community. People cite social ties, community relations and local culture as aspects of Vidigal they are most concerned to preserve in this process of change. Vidigal has a long history of arts and culture. Today, the community hosts weekly samba and pagode parties and there is vibrant street art by local artists throughout the community. 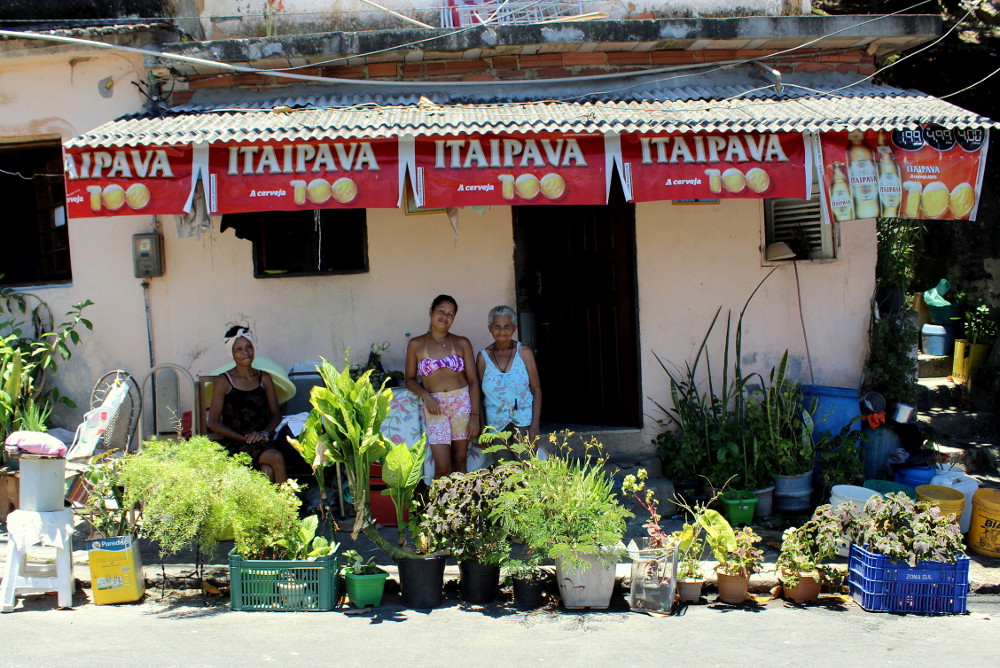 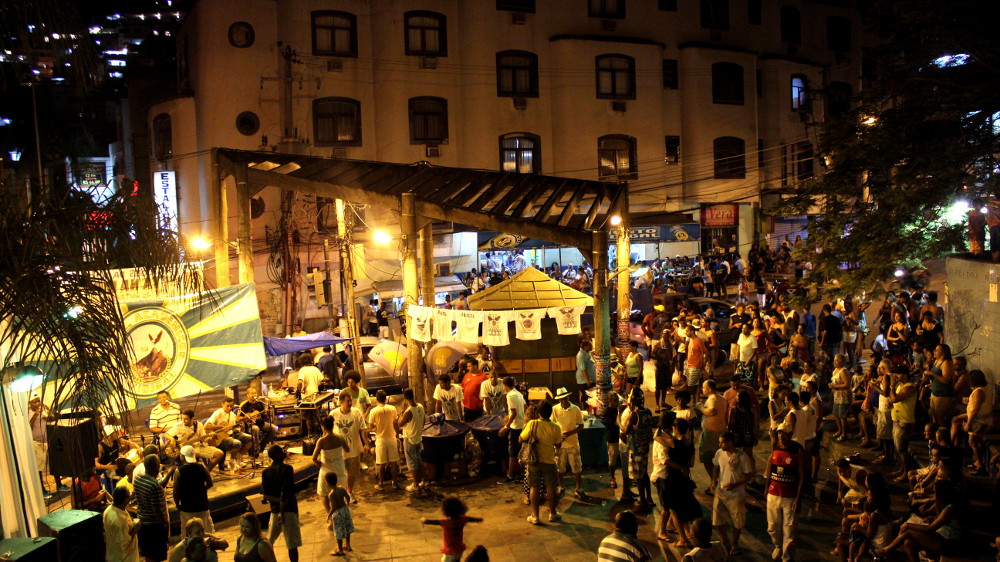 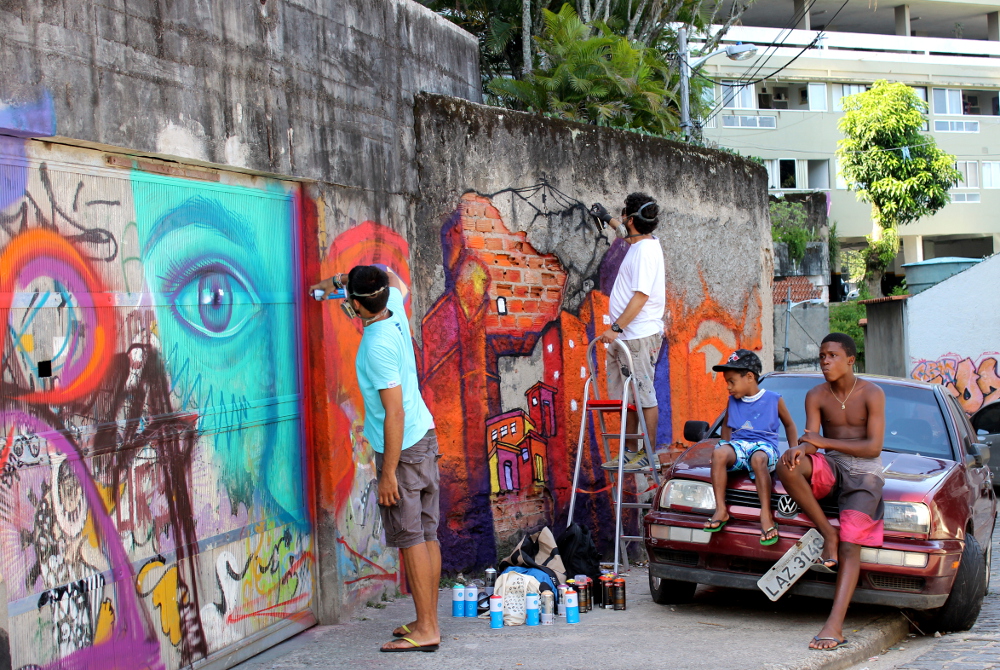 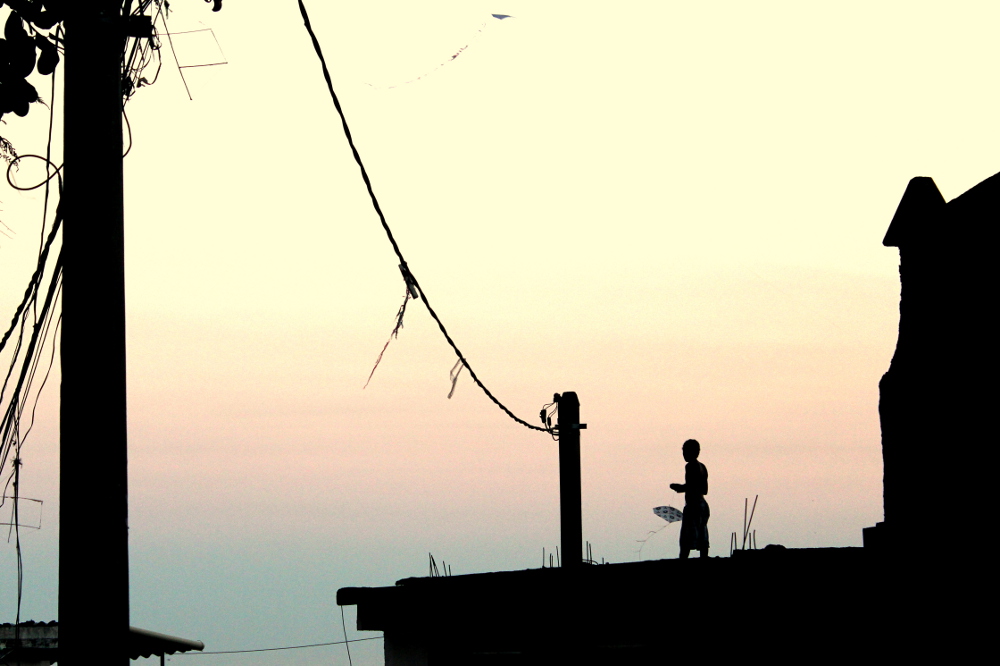