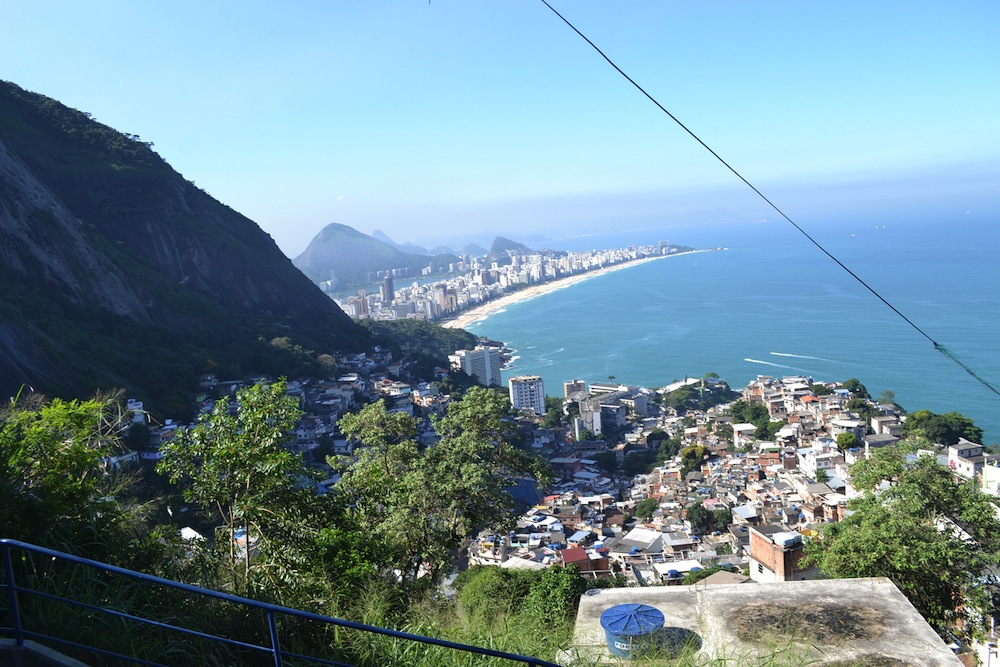 From Ipanema beach, I saw the hill that not many Cariocas or I had climbed. It was 2006 and I needed to live near my workplace, the aforementioned beach.

Climbing the stairs, I inquired after houses for rent. There were many. In a violent place, unaided by the authorities, and in a state of war due to territorial disputes, people looking for cheap housing had options.

I moved into an apartment that had been empty for more than three years because of fear of the drug war. I didn’t know what this war was about, but it didn’t take more than two weeks to find out. Every night there were gunshot battles, it was sinister. Twice I climbed the hill dying of fear that I was going to be shot by a stray bullet, and saw residents from the topmost part of the favela passing the night at the foot of the community. When Rocinha’s faction finally occupied the territory, the gunshots diminished and the favela became an apparently peaceful place.

Slowly we began to see people move back to the community. A few a bit middle class, a few poor gringos. The little supermarket began occupying a larger space, increasing product offerings. The rents increased as well.

From there came the UPP (Pacifying Police Unit) with the promise of security, the public sector entering the favela, charging for electricity, cable TV, Internet, legalization of gas and moto-taxi companies, and the end of “light and Internet gatos” [informally siphoned supply]. The local favela television station (VdgTV) was taken off the air as it had no formal concession, and the process of registering houses through ITERJ (Institute of Land and Cartography of the State of Rio de Janeiro) began promising 99 year leases. Many other promises were made regarding social projects that were to be implemented, etc., etc., etc. 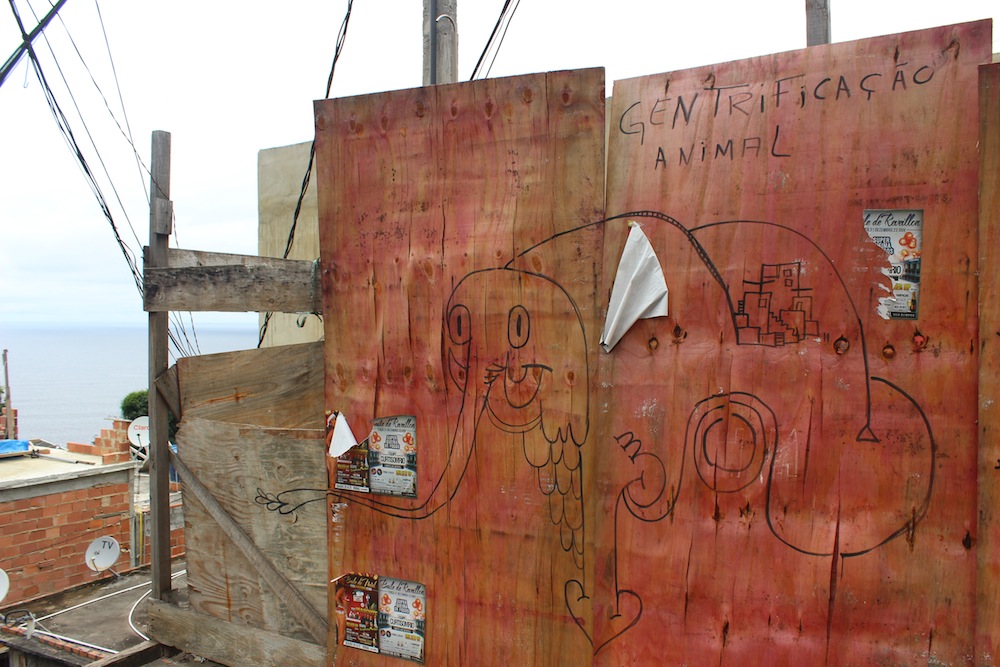 The streets became well lit, the houses began to pay for the use of electricity, the bills began to arrive. They were a scare: R$100, R$200, R$1,000, it was insane! You couldn’t use your air conditioning unit anymore, the poor have to die from the heat.

What of the houses? With the great demand for housing, the prices increased astronomically. Tenants had to leave their homes that before cost between R$200 and R$300 and are now costing between R$800 and R$1,500 a month and that continue to rise with each passing month.

Migrants from the Northeast saw an excellent opportunity to return to their homeland and are selling their houses for R$100,000 or more. This money in the Northeast will make a man rich. The result: the gringos are throwing a party and today, two languages are spoken in the favela.

Other people, who do not want to return to the Northeast, sell their houses thinking they are getting a good deal and then buy in the Baixada, far from work, far from their local identity, far from their friends, far from everything…

The owners are building, and increasing the size of their houses to profit from the rent. People climb the favela on eco-walks, yet there’s much more trash. So many different cultures, so many people want to come in and “help.” Each day we see the community lose its original identity. Vidigal has become the new international fashion.

The floodgates have opened bringing an flood of opportunities and opportunists.