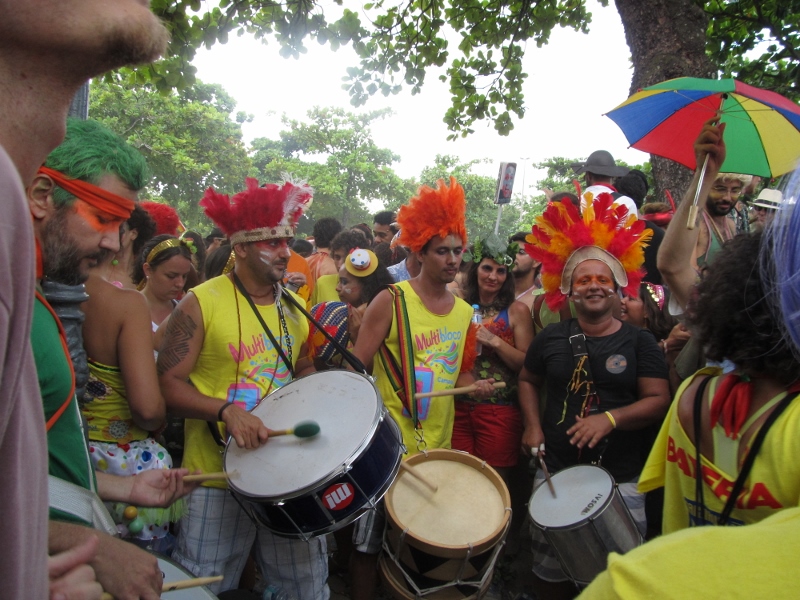 Rival to a night spent at the Sambódromo during Rio de Janeiro’s carnival are its street parties and parades, better known as blocos. An organized yet relatively spontaneous affair, these free-of-charge street gatherings are an integral part of the Rio carnival experience. Rather than acting as a transportation network, the streets in which these events are held, transform into meeting places. The focus shifts from mobility to placemaking, radiating from a sense of leisure and play.

Thousands gather throughout Rio’s diverse neighborhoods, clad in over-the-top costumes, ready to take part in days and nights’ worth of festivities. Skilled musicians keep a steady beat as their percussion and brass instruments produce a multitude of sounds infused with samba rhythms. The crowds unite in song, belting out the lyrics to well-known ballads.

Under the rubric of spontaneous gathering places, the size of these street parties can only be estimated. Both word of mouth and, in recent years, the Internet, have a powerful effect on the public’s participation. Open for everyone to enjoy, the blocos are an inclusive rather than exclusive affair, due in significant part to the street being the ultimate space in the public realm. 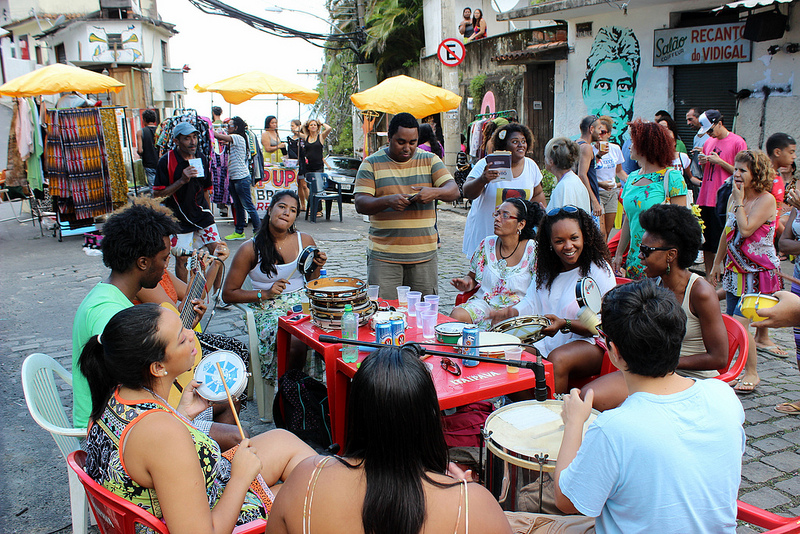 Public space is inherently meant to be a free space, open to all, no matter the social class or race. It is tied to Henri Lefebvre’s concept of The Right to the City, which states that individuals should have equal opportunities to benefit from the various aspects of urban life. Public spaces allow people to come and go as they please, with or without a justifying purpose for being present there. Though principle differs from practice, these places are public property intended for public use. Social spaces like malls, on the other hand, may bring people together but because they are privately owned, they include implicit restrictions on who may enter, why, and and when they may do so.

Public spaces can be formal and associated with a clearly defined place often outlined by some sort of boundary, such as a park, square, or open courtyard. On the other hand, they can be informal, created by a spur of the moment gathering within the public sphere on a street or alleyway. Public spaces can be further separated into three categories:

The public-ness of public spaces is often the cause for dispute, as the law ultimately dictates how and when a place can be used. Such that, though a street can act as both a transportation corridor and a gathering space, many people also call the streets their home. Passersby may feel uncomfortable, business owners may feel contempt, yet despite ordinances put in place to keep them away, the homeless have the basic human right to occupy the street. For Rio, this right is contested time and time again, as perhaps most outrageously exemplified by the 1992 Candelária massacre. This provides an example of the complex tensions that may arise within public spaces. The physical and psychological barriers that prevent collective and equal participation in such spaces are still difficult to overcome. Thus, the actors that design, build and manage public spaces can have a significant influence over their sustained success in a neighborhood.

Importance of Public Space in Favelas 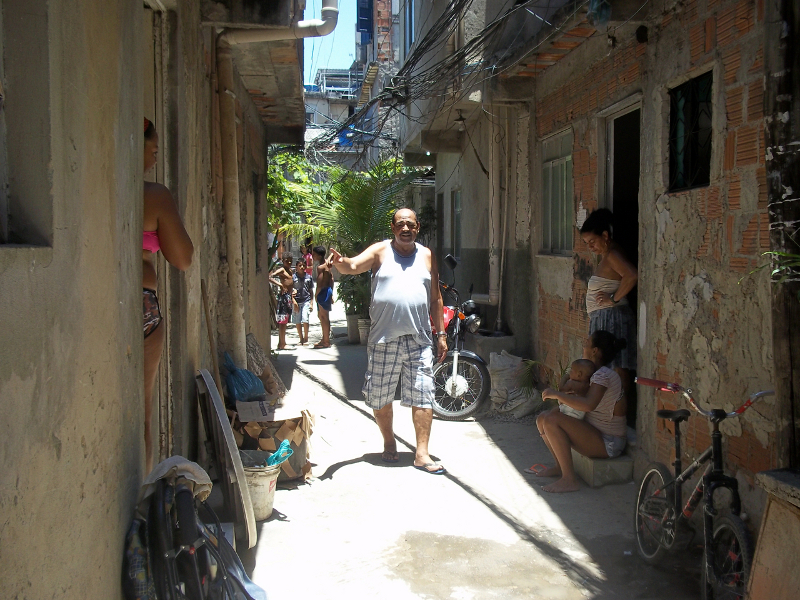 Favelas offer a prime example of organic urban planning, built by residents according to their needs. The resulting complex, dense urban fabric promotes a strong sense of community and neighborliness. The private realm often extends into the public sphere due to the proximity between homes and the narrowness of the roads and pathways. This proximity creates multiple social spaces, allowing conversations to take place from window to window, doorstep to doorstep, balcony to balcony. Rooftop gatherings, too, are a popular affair in a private extension of collective participation.

Formal public spaces are an important component in any neighborhood. They are places for discussion and the exchange of ideas, a place for economic trade, and they provide various forms of recreation, leisure and play. As seen under the rubric of organic and needs-based planning that goes into the creation of the favela itself, a similar approach must be taken when designing, building and managing such a space within it. With empty space being limited and therefore valuable, these public spaces should be both flexible and multi-purpose, open to the interpretation of the collective using it. A standardized approach to their design and management should not be taken, as this would instead result in homogenized spaces lacking vibrancy, character, and a sense of place. Public participation is thus the essential ingredient for creating valuable public spaces that provide for multiple concurrent uses, and remain sustainable and durable for future generations to enjoy.

While plenty of public spaces do already exist in favelas, their public-ness may be lessened or taken away from the community by several means. While the favelas inherently belong to residents, drug traffickers, militias and police forces have overarching effects over the public’s freedom to enjoy a space. Thus, the notion of scary space is introduced as one where crime and the fear it instills dominates the perceptions associated with a place and affects the ways it can be used. Thus curfews may be introduced, or more drastically, a concern for one’s safety prevents residents from entering and using a space. Furthermore, these external forces have overtaken public spaces for their own personal use, stripping residents of their benefits altogether, which has occurred in Vidigal.

While the extent of public participation may vary in principle and practice due to a host of external factors, the creation of public spaces in favelas should be community-based, rather than a top-down affair from external actors. Their design, implementation and subsequent use can be a source of community pride. Further, if upkeep and maintenance remain locally managed, it will allow the public space to evolve alongside the community itself.