With the recent military occupation of the Complexo da Maré, Brazilian and international media have turned their attention to this group of favelas in Rio’s North Zone. Yet Maré and its residents are so often mischaracterized in the same fashion: helpless, desperate and violent. “The notorious Maré shanty town” is, reads an AFP communiqué widely distributed internationally, “a haven for organized crime and one of the city’s most dangerous places.” Local coverage was often no less skewed, with Rio-based O Globo describing it as “one of the most violent regions in the city,” in which, passively, “residents hope for days of peace” following the arrival of the army.

Contrary to the media portrayal, Maré–with a population of 130,000 people in 16 favelas–is in fact a vibrant place with a powerful civil society, boasting strong traditions of activism and self-organization, in addition to its festive Northeastern cultural traditions. “Maré is not just violent, it has a lot more to offer,” says Carlos Alberto Fereira da Silva, vice-president of the Parque União neighborhood association. “But unfortunately the media tends to do this–present Maré as violent, a place of shootouts, crack addicts and drug dealers. This is easier and sells more than showing the everyday difficulties of the residents and the struggles for improvements.”

This powerful and vocal civil society has yielded many successes, with as many as 100 social organizations based within the communities. Among the best-known organizations, Maré is home to NGOs such as the Observatório de Favelas (Favela Observatory), Redes de Desenvolvimento da Maré (Maré Development Networks) and Conexão G, the first LGBT organization in a favela; 16 neighborhood associations; cultural organizations, such as the Museu da Maré; as well as church groups and many others. Locals have long organized to fight for better social conditions and celebrate their community, while the state has often neglected to do so. “Everything that Maré has was the victory of residents. If today Maré has better houses, it is because of the residents,” states Carlos. “The services the government is required to provide, we do ourselves,” citing examples such as sanitation and street cleaning.

The state occupation of Maré has long been discussed and civil society organizations have been preparing residents for some time to be aware of their rights within the context of increases in police abuse of power under occupation. So when it was eventually announced last month that the army would occupy Maré until the end of July, civil society organizations rose up to demand dialogue and participation with the government. On Thursday, April 3, after being publicly convoked by NGOs and residents’ associations, State Security Secretary José Mariano Beltrame attended a public hearing in the Maré Arts Center, in front of approximately 400 people. During the meeting, he agreed to accept a set of conditions for the military occupation presented to him by community leaders, and explained he is creating an ombudsman for the Pacifying Police Units (UPPs) across the city–something the Observatório, Redes and others had campaigned for. This week, a public audience with Mayor Eduardo Paes was planned.

The very presence of senior state representatives is itself evidence of the influence and visibility Maré’s civil society holds. Founder and co-director of Redes da Maré, Edson Diniz explained the significance of Beltrame’s visit: “That the Security Secretary was here, taking responsibility, is something that before was impossible–the police would enter and do whatever they wanted, dictating the rules,” he said. It is the articulation of the many organizations within Maré that pressures the state into these concessions. “Twenty years ago there was no negotiation… so for him to come and take responsibility is a big gain [for the community].” 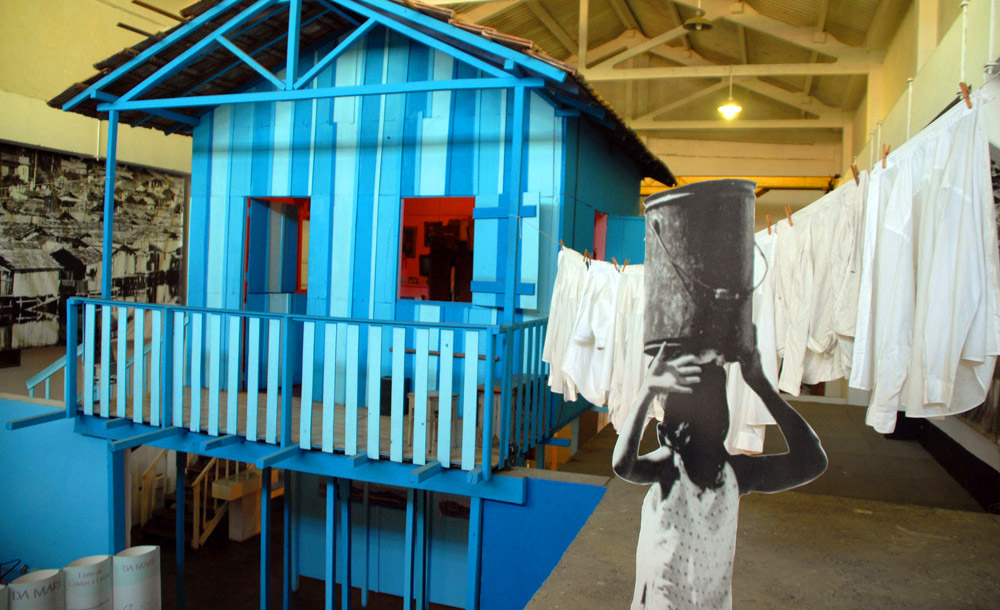 The formation and growth of Maré has a long story, starting with the first occupations in the 1940s. Residents celebrate and preserve the neighborhood’s rich history through projects such as the Museu da Maré, a community museum initiative to collect artefacts and information on the area’s history, some innovations of which were featured in last year’s “Favela Design” exhibition, and Redes’ Memory and Identity Nucleus, which is currently producing a series of books documenting the history of each of Maré’s favelas, told by residents and community leaders themselves.

The evolution of the community has been influenced by several important factors. In the 1980s and 90s, Maré was–as with so many others of Rio’s favelas–under threat of eviction because of the Projeto Rio, a federal program and the largest government intervention in Maré. Shortly following its launch in Maré in 1982, large areas were threatened with removal. “This strengthened the organization of the residents in self-identifying themselves in Maré, improving the quality of life… This created a nucleus, a group of people who, later, went on to strengthen civil society here,” explains Edson. The success of campaigning meant that Maré is now an officially recognized neighborhood. Redes da Maré, like many other organizations operating within Maré, was founded by residents involved in political and community activism, liberation theology base communities, and neighborhood associations. 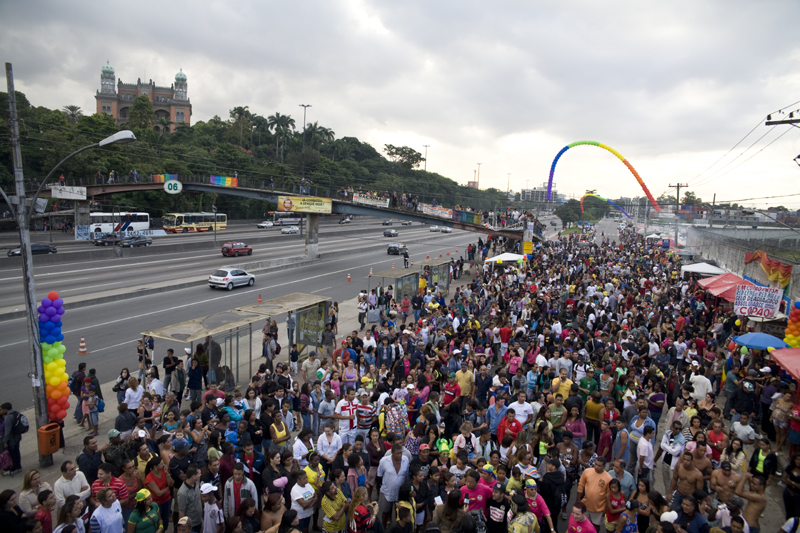 Among many examples of success and achievement through these nucleuses, Conexão G stands out as the first LGBT NGO based in a favela. Gilmar Cunha, director and co-founder, described how it grew out of the need to respond to violence–physical and mental–perpetrated against LGBT youths in their community, and their alienation from the non-favela LGBT movement.

“This population [LGBT from favelas] was invisible, and still continues being invisible. So Conexão G arose with the proposal of giving visibility to this group, to mobilize and articulate public policies for them,” says Gilmar. “If we try to visualize the situation of the LGBT residents of favelas, it is a very different situation from Leblon’s LGBT population. If you do an interview with gay residents in a favela, they will tell you that the priority is not marriage, but the minimization of violence.” Now, thanks to their pioneering work in health and awareness, gay residents of Maré have “respect” within the community – something that before seemed impossible, and LGBT NGOs are being set up in other favelas.

Maré’s civil society, fuelled by the residents themselves, has brought many innovations and benefits to their community. In the current climate of occupation, one hopes Maré’s many outspoken voices will not be smothered. The success in opening public negotiations with Beltrame points toward possibilities for a healthier interaction between the state, civil society and residents. As Edson stresses, “We cannot fall into the illusion that civil society is going to replace the state. Our role is not this… Our role is to pressure the state so that it fulfils its duties.” This harmony is essential to ensure a fruitful relationship, in which the communities’ needs are addressed by the state.

“We need a lot more than simply a military occupation–we need social action,” explains Carlos. “We are expectant, because this cannot simply be another [military occupation]–this has to be The Occupation, in which the social must be remembered above public security.”