In 1996, Merced Guimarães and her husband Petrucio were renovating their home on Rua Pedro Ernesto in Gamboa, Rio’s Port district. Soon after work began on what was to be a considerable repair project, workers digging in the earth underneath the house started to uncover numerous human bones. At first, Merced was frightened, and understandably so. “Our first thought was that there had been some major crime here,” she said. 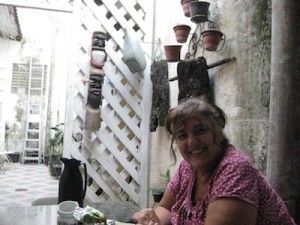 But what Merced and Petrucio had unknowingly discovered was actually the Cemitério dos Pretos Novos (Cemetery of the New Blacks), a relic of the port district’s days as a hub of slave trading, a burial ground whose location had long been forgotten, lost somewhere in a mountain of centuries-old documents.

Recovering from their initial shock, the couple got in touch with the government and more information about the cemetery slowly came to light. Those interred beneath the Guimarães’ home had been called the “New Blacks” because they had just arrived from Africa when they died, before being sold in the slave market at nearby Valongo. The Cais do Valongo slave wharf alone received between 500,000 and two million African slaves, which is more than the estimated total number of Africans brought to the United States over the entire course of the US slave trade (450,000). Along with the bones were found various other artifacts, jewelry and ceramic pieces of African origin, and deeper down, objects of both Portuguese and indigenous handiwork. 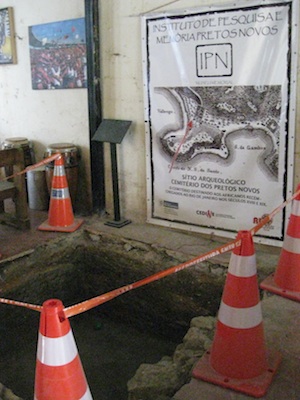 After removing the new finds for further scientific examination (by law, the Brazilian government possesses the right to the subsoil and thus owns any such archaeological discovery), the city failed to follow up with any sort of support for the couple, leaving the open excavation sites in the home. The Guimarães eventually moved away from Rua Pedro Ernesto between 1998 and 2001 while the rehab project they had initially planned was finally completed (without authorization from city authorities). Upon their return to Gamboa, they discovered that their home had become, for many, a point of significant interest. “Our house was always full of people,” says Merced. “Lots of people came here to learn (about the discovery).”

Although the visitors were sometimes a headache, the couple felt a certain responsibility to preserve the history of the cemetery. In 2005, they bought the two adjoining buildings and in 2006, ten years after the initial discovery, opened the Instituto dos Pretos Novos (IPN – New Blacks Institute).

In 2009, the IPN was finally recognized by the Ministry of Culture as a “Point of Culture,” and under this program the Institute is receiving three years of government financial support for renovations, workshops, lectures, and research. 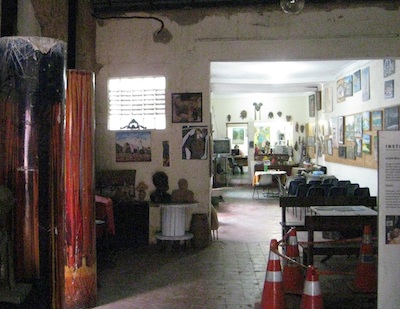 Although government money has paid for some renovations and new equipment for the Institute, the Guimarães and a corps of dedicated volunteers remain responsible for its daily operation. And smaller costs that come from maintaining the facilities for visitors or school field trips can become a burden. “We avoid turning on the lights,” says Merced. “When we want to call someone on a cell phone, we don’t have a way. We have to call collect.”

In truth, on my first visit to the IPN early on a Friday afternoon, I walked directly past the building without the slightest notion that I had passed it. There are no signs marking the buildings that house the IPN, and street signs are also scarce in the area. When, with the help of Merced’s daughter, I made my way to the correct address, the Institute appeared closed, dark, with the doors locked.

As it is, most of the Institute’s visitors come as part of school field trips or tour groups. Academics give lectures about the cemetery itself and on other topics like the history of samba and the history of African slavery in Brazil. But the Institute receives little foot traffic and its existence is not widely known to neighborhood residents. 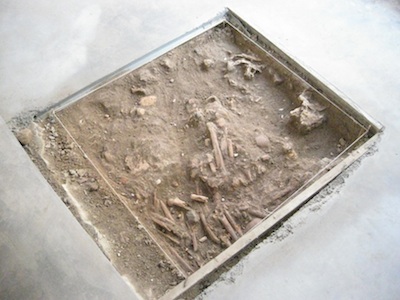 Sometimes neighborhood kids will gather in the window to watch an archaeologist at work on an excavation. And sometimes they’ll be invited in for a short informal lesson about the dig. “The kids think it’s really cool,” says Merced, noting that the romantic, Indiana Jones conception of archaeology is largely foreign to these kids. “I believe these things stimulate the kids in their studies,” she says. “Maybe we have some future archaeologists on our hands.”

Currently, the archaeologist most often present in the Institute’s front window is Reinaldo Tavares, who is also a Professor of History with the Federal University of Rio de Janeiro. As part of his master’s degree research, he is currently attempting to map the dimensions of the slave cemetery. Having performed various excavations within the two building that house the IPN, he now plans to begin a new dig to determine whether the cemetery extends underneath Rua Pedro Ernesto. 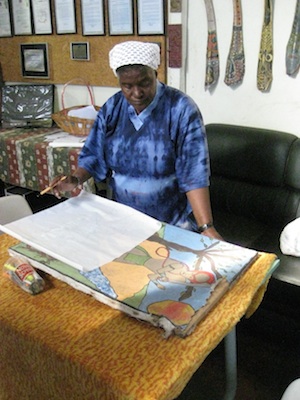 As construction continues in an effort to revitalize Rio’s port district, Tavares is optimistic about the fate of the IPN and the surrounding region. “This is an area of great archaeological importance,” he says. “There is political will for this preservation.” Tavares, whose work is partially supported by the National Museum, remains confident that, with support coming from universities and from the strong black culture movement in the area, the region’s historical importance will be respected. “It is a happy moment,” he says. “We hope that (this preservation) happens.”

The real outcome of the port district’s revitalization remains to be seen, but regardless, the IPN stands to lose its status as a Point of Culture after next year. Without this key source of income, finances would again be tight at the Institute.

“My dream is that this grows,” says Merced, “but if we don’t receive some sort of incentive, I don’t know if I will be able to stay with it…Its not just a matter of bringing people here to see (the cemetery)…You have to have researchers, studies, these types of things.”

As Tavares sees it, the Institute is slowly gaining experience, learning how to survive and improve. Through cultural education and with help from its highly qualified corps of volunteers, Tavares sees the IPN being in a better place two years from now. “We want to change the mentality of society to value this preservation,” he says. 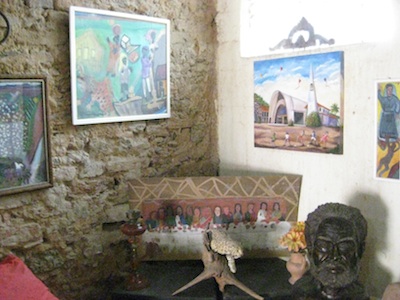 The IPN is undeniably playing an important role in preserving the memory of a time that many Brazilians, perhaps, would like to forget. “This is not the tourism of the Marvelous City (as Rio is known),” Tavares says. But the Institute, acting to preserve the memory of Brazil’s afro-descendant population and its history of resistance, “deserves all respect.”

For Merced, the Institute exists to preserve a memory, the idea that those who suffered have not been forgotten. But more importantly, it exists to spread a simple yet powerful message about humanity and the way we ought to treat the least among us. “We have to be more human,” she says. “We are, even today, only a little bit human.”