A little over a  week has passed since the final official parade of Rio de Janeiro’s carnival saw the top six samba schools walk down the Sambadrome after scores were announced.

Though foreigners can participate in the dramatic parade by simply buying a costume, carnival in the Sambadrome is the result of intense preparations and training by many who devote their entire year, year after year, to that one night. Below are interviews conducted with a few of the dancers who take part in the event each year, as they entered the avenue. While many answers expressed a deep love and devotion to samba and carnival, some discussed the rising professionalization and commercialization of carnival, the loss of spontaneity, and the lack of concern by outsiders who simply show up to perform. 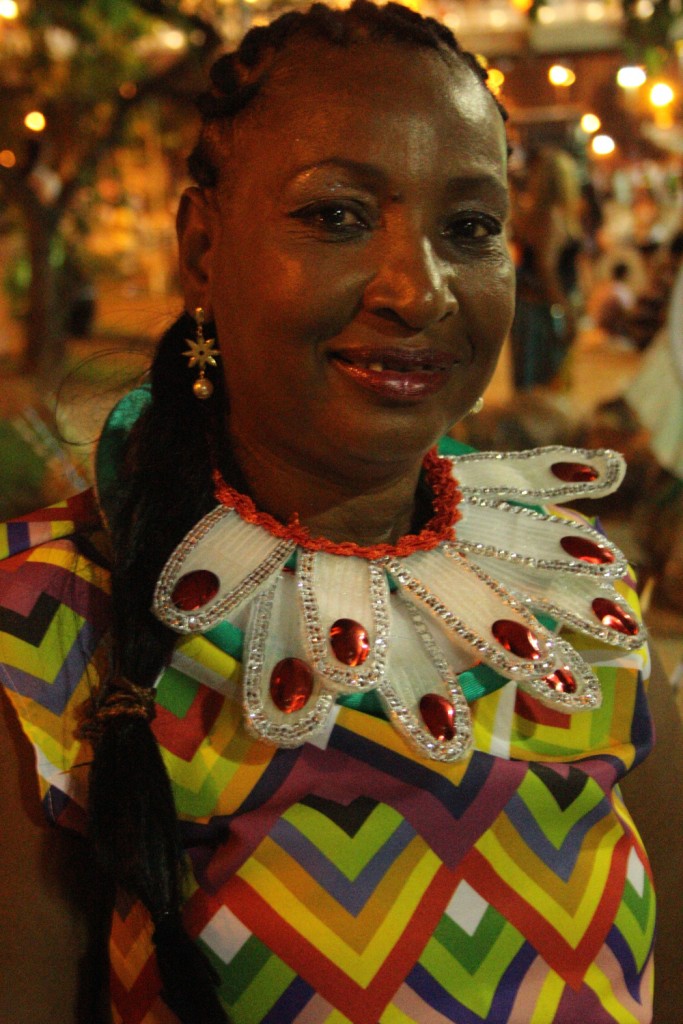 Do you attend rehearsals at your samba school?

Yes, completely. I am always there at Beija Flor, it’s close to my house in Nilópolis.

How do you view your role in Carnaval?

I view it like this: the happiness I bring makes the school win. My role is to motivate everyone to come to the school. 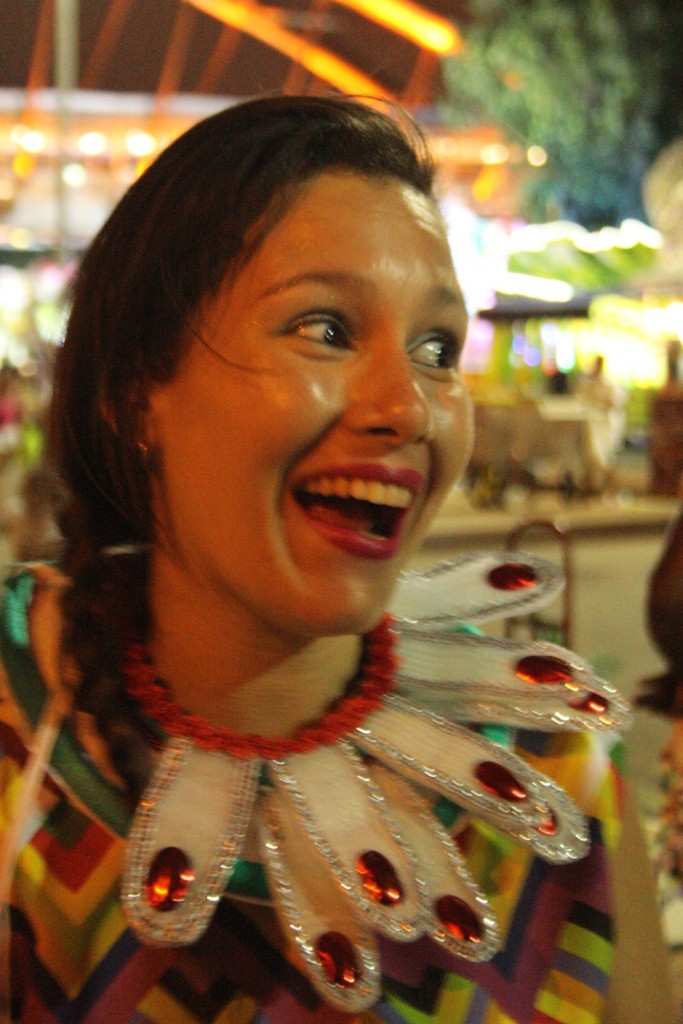 What does Samba represent to you?

Samba, ahh, a lot of emotion, unifying everything, it’s one of the principal things that makes the school win, you know? A good samba that spreads to people; it represents everything, it’s the best part.

Come, dance! Come because it’s really good, really exciting, it’s the best thing. When you enter [the avenue], wow, you don’t feel anything, no pain, nothing. But wow, really, I end up crying. 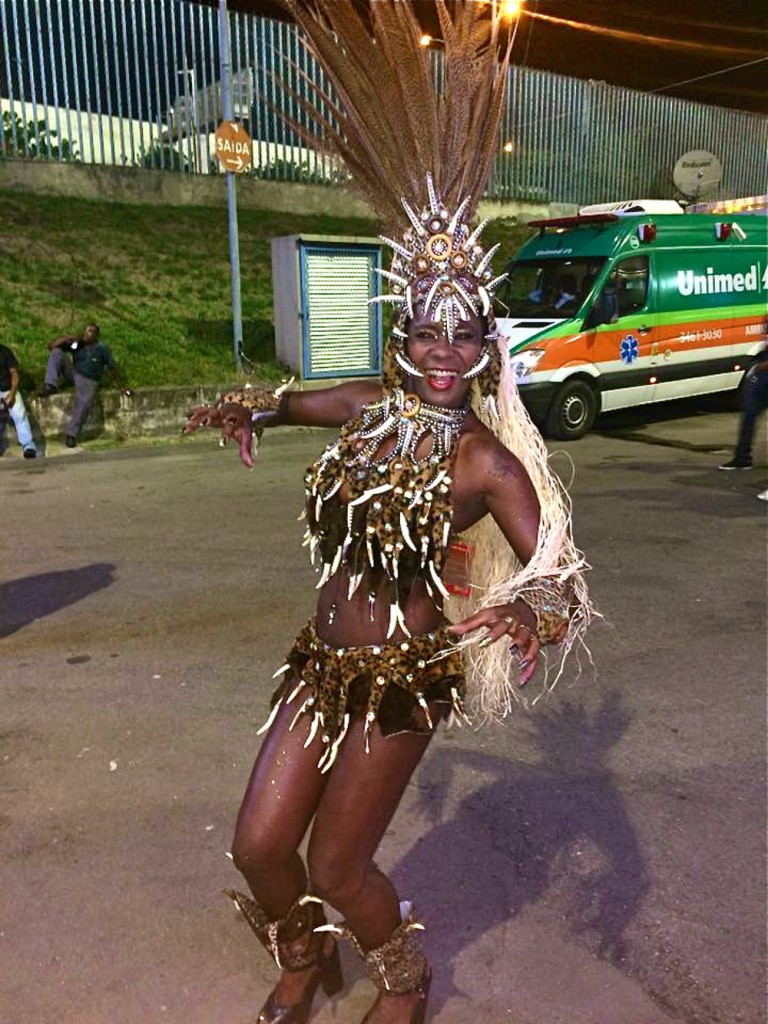 If you could change something about carnival today, what would it be?

The opportunity for other samba schools to present in the Parade of Champions. Years ago the school that won the second group also participated in the Parade of Champions. The first five schools of the first group would come and the schools that won in the access group would [also] come. I think this would be very valid to bring back, because it gives an opportunity and motivates the school for the next year.

[They should] like samba, like to dance, like to learn. Look for the school of your heart and from thereon, with the force of passion and the enchantment of carnival, you will go forward and never stop. Since I started I have never stopped. 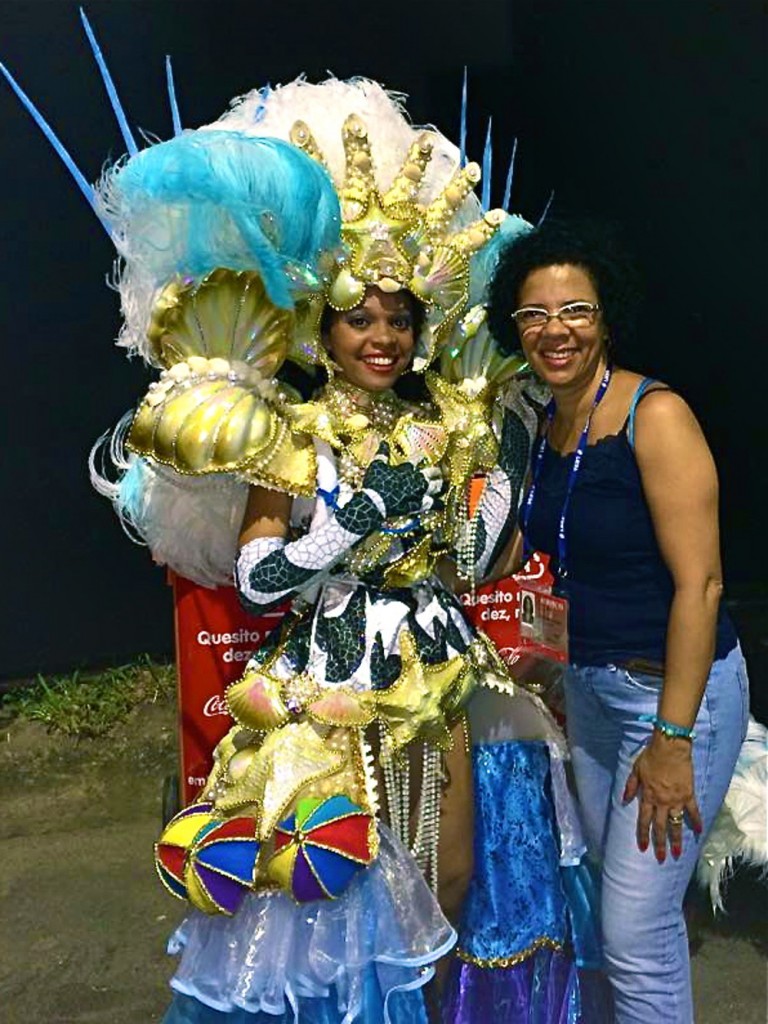 How do you think Rio’s Carnaval is perceived internationally?

Roberta: Ohhh, everyone adores Carnaval! It’s really well spoken of. Yeah, it’s the carnival most talked about on Earth.

If you could change something about carnival today, what would it be?

Roberta: It seems like not everyone is always excited because sometimes, when parading you have to worry about a lot of things, some details that even count for points during that time of pressure, when they judge which school is going to win.

Janet: I think it’s also something very mechanical. I paraded also, but I don’t think I am going to go back to parade again.

What changes have you seen in carnival tradition in the last few years?

Janet: These days it’s an industry where many families work. I even have friends that work during the whole year with carnival. So I think there could even be carnival the whole year. [The samba schools] play an important volunteer role. The kids have to study and have good grades. So I think it’s very cool because it gives motivation to the kids, you know? Not in Roberta’s case, but in the section for kids, those who don’t have good grades cannot participate and are forbidden to do so. So everything is social work behind all of this, you know, I think it’s very interesting. 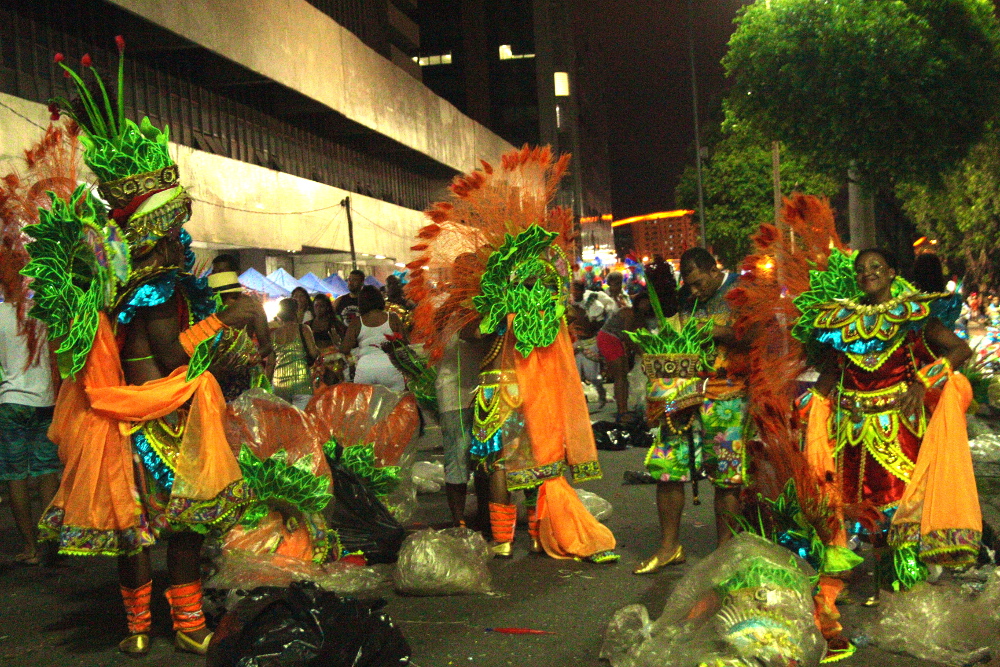 Why did you choose this samba school to dance in?

It really wasn’t me who chose it, it was my family. My parents are from there, I was born there, and my mom performed while pregnant with me.

What changes have you seen in carnival tradition over the years?

Carnival today has become something very commercial. It wasn’t this show that it is today and so I think the essence of carnival is lost, the fun is lost. These days, the parades are very technical, [there are] a lot of obligations and chores. So I view it as more of a profession for me now. I have fun, but I have fun in the profession, because it is no longer for joking around. These days it is so serious that you can’t have fun just for having fun. We can’t dance how we want to anymore. Ahh, I want to samba, ahh I don’t want to samba; no! If you are at a place [on the avenue] with choreography, you have to do it. I think what changed is this, carnival became a spectacle.

What does Samba mean to you?

How would you like carnival to be seen differently than it is today?

If someone comes to the parade with a samba school and thinks it’s going to be all fun and games–it’s not going to be all fun and games, there are rules. If someone outside wants to come to our carnival, yes come, but come knowing that you won’t make a mess and that it is a serious thing. Everyone will have fun, they will have fun if they obey the rules, and the harmony part in the school will also have fun not calling attention to the newcomer.

Renata de Oliveira (not pictured), 30, 2012 Queen of Carnival in Florianopolis, first time parading in the Sambadrome 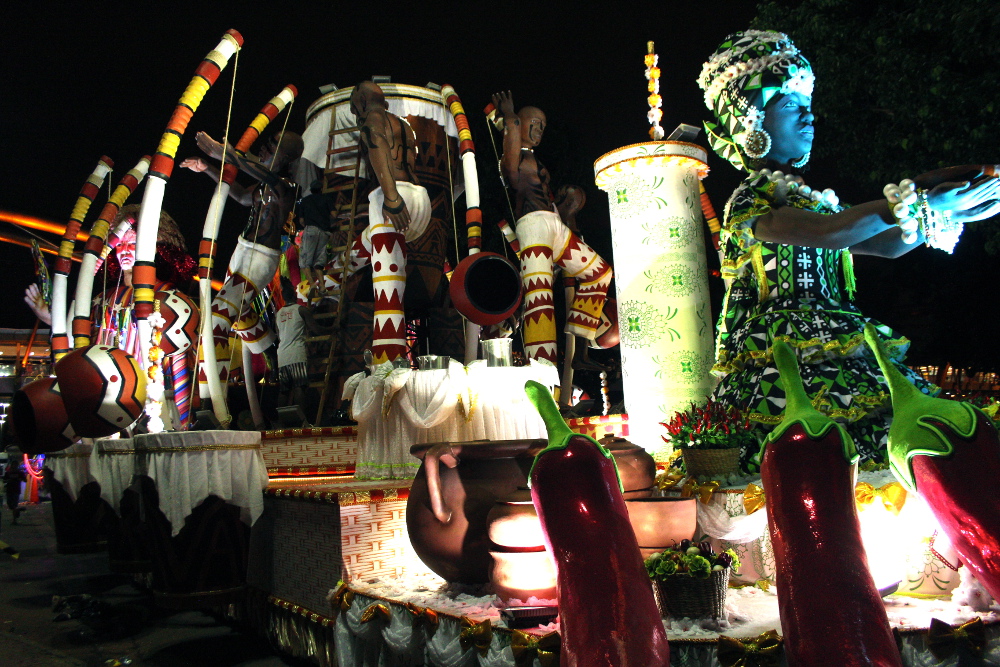 Why did you choose Portela?

Because it is a school with a lot of community, a lot of roots. I identify with schools and communities like this; of force and resistance.

What changes have you seen in carnival tradition over the years?

Changes? There are several. We see some schools that end up losing the sense of community in order to be a little more artistic. Carnival has become a glass display, you know?

In what way would you like Rio’s Carnaval to be viewed differently from how it is today?

In a more respectful way. They still look a lot at the women of carnival as vulgar and such. I think there should be more respect for a female samba dancer.