For the original in Portuguese by Zé Luis S. Lima, published in Viva Rocinha, click here.

The year is 1970. When night began to fall in Rocinha it was time to light candles, gas lamps and oil lamps. We had to improvise some means of lighting up the shack. Electricity was supplied to the favela informally by public electricity company Light. There was a man in Rocinha known as “Batista.” Light gave him a concession to distribute and charge for the use of electricity, which served a very small fraction of the favela.

This is how it worked: Light installed a transformer on the edge of Gávea Road, at the top of the entrance to Caminho do Boiadeiro. This transformer had a certain voltage that only catered to a certain number of houses. Obviously, it only catered to those who had the money to pay for the service. To this day I don’t know how Mr. Batista was chosen to be one of the owners of Light in Rocinha. It gave him a ton of power! For business owners it was fundamental to have electricity in the shop. That was the only way to keep beer and soda cold. There were other electricity providers in the favela in addition to Batista. And no one questioned the way it was distributed or how the prices were charged. Having electricity at home or in a business was a privilege of the few. 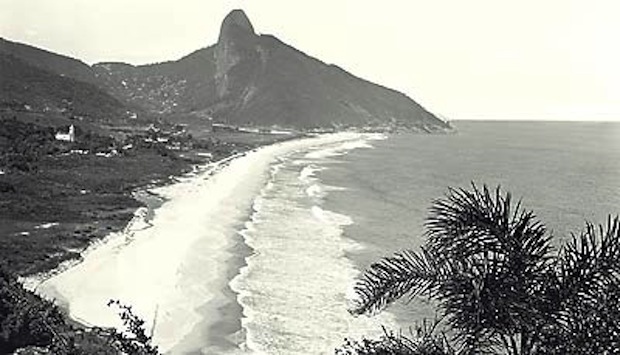 According to a collaborator of the group Memórias do Beco 4 (Memories of the Alley 4), other people owned and distributed electricity too:

“In the lower part of Rocinha, it was Mr. Olímpio who distributed electricity and charged five thousand réis. Jefferson, in the upper part of Rocinha, charged fifteen thousand. ‘Batista’s Light’ was the most famous in the favela, with the most structure, and lasted about 25 years. As there was no regulation of how the service was provided on the part of the government, the exploiters charged what they wanted and threw people out the window if they risked illegal hookups. They had workers who acted like thugs and delivered warnings. At the turn of the 80s, at last, Light gave in to popular pressure and began to install the first light poles, as it was now possible to charge per house with the data collected by the Rondon Project for the 1980 census.”

So, going back to my shack—we didn’t have electricity because money was tight. So we used an oil or gas lamp that filled up the house with a horrible smoke smell! And there was also the risk of someone brushing up against the fire and the shack catching on fire during the night. Thank God that never happened at home. The gas or oil lamp was kept up high, perched on a beam that supported the roof. I can’t remember when we got electricity at home. But I remember that it was installed because my godfather and uncle paid for the installation and, at first, paid the bill every month.

The installation of electricity at home was not immediate. We first had to begin negotiations with Batista, who was not an easy person to deal with. He didn’t authorize the installation for just anyone who could pay. There was a sort of selection. I don’t know what the criteria were. But as he was the owner of the transformer, it was he who decided. My grandfather and mother were friends of grandmother Inhá Inhá, a black woman, already of old age, who lived in one of the alleyways that led to our house. Her son, Mr. Nestor, worked with Batista, hooking up the houses. We used our social network at that time to get electricity installed at home. It was a party: we got electricity eeeeeee!

But the payments couldn’t be late or Batista ordered the electricity to be cut off. And it was one of his sons who took care of this service. A big, strong guy. He climbed the electricity pole with a ladder, used his pliers, and done! There were no excuses! The supply was fickle. The light was dim. A few times I went to pay the bill in Batista’s office in Largo do Boiadeiro, right at the entrance of Valão. There were two lines: one to pay and another for people requesting installation. That place was a mess—not to mention the swearing and bad treatment.

It was at this time that the “gatos” (illegal wire hookups) culture appeared. If one neighbor had electricity, another would want electricity too. Since the hookups were made directly on the Light post, a resident who had some knowledge of electricity would climb the post and done! Soon the shack was illuminated. Sometimes this type of connection was only made at night so the authorities wouldn’t see it done. During the day there was natural light. Only in houses that had refrigerators, televisions, irons, blenders, radios and record players did electricity have to be available all the time.

We who live in the favela grow up with the idea that for some things one must ask permission from “someone.” Batista was one of the owners of electricity in Rocinha. He was loved and hated. It wasn’t worth complaining since his service didn’t even have any obligation of quality or punctuality. Overnight a business owner could lose all of his stock kept in the refrigerator. Ugh! It went bad, the electricity went out… and when it wasn’t on in time for the 8pm soap opera the women just about died or killed the electricity owner. What a dirty trick! Today of all days! We had to deal with the situation and try to solve the problem the next day. In the alleyway where I lived, electricity was installed in most of the houses. Then came the refrigerator, and the television, which I loved. I watched it at my neighbor’s house. There was always a house with the door open and the TV on. I stood at the door until someone invited me in. Sometimes they didn’t. But I didn’t go away.

The favela was never a democratic place where relations are defined by being a citizen. This condition of being a “lesser” citizen really compromises one’s ability to actively participate in issues concerning residents’ needs and bring about important improvements to guarantee their rights. It was always like this! I’m talking about the past four decades with this brief memory that I have about the history of electricity in the favela. In some respects it got worse. New owners emerged, new opportunities for exploiting residents were organized. People who presented themselves as community leaders established clientelistic relationships with politicians, big businesses, and even government agencies, to serve specific demands in the favela.

It is deceitful to say that the “dono do morro” (owner of the hill) arose with drug trafficking, and that the only owner of the favela and of power is the drug trafficker. Life in the favela is a microcosm of Brazil. Some elite join together to protect their interests. The elite that I’m referring to is a powerful, dominating group.

Zé Luis S. Lima is an ex-resident of Rocinha (where he lived for 38 years) and has an undergraduate degree in History from UFRJ. He also received a Master’s degree in Sociology from PUC-Rio. He began a grassroots movement in 1995 and has been working for SEBRAE since the creation of an office in Rocinha in 1996.