On March 14 the main square of Vidigal was taken over in festivities. Seniors and young people got together to enjoy the day and celebrate 75 years of Vidigal. The celebration lasted the full day and is the first of several events planned for throughout the year. It was organized by a group of volunteers from the community and the Residents’ Association.

The anniversary was seen as an opportunity to build unity throughout the community and to give visibility to the diverse projects created in Vidigal. The day started with a capoeira show by instructor William de Paula Lucas, also known as Ninho. During the show, there was an activity stand about recycling where children were taught the importance of environmental awareness through activities and games made from recycled materials.

At another stand, Graça dos Prazeres, a resident and chef in Vidigal, presented the work of her collective, Verdigal, and provided a detox center for residents. The organic chef promoted good food and reflection. While inviting people to taste green juice, she encouraged them to think about the importance of healthy eating. In addition to these stalls and a health stand, musical groups from the hill like Casa do Swing and Morenas do Sol played until midnight, animating the crowd.

The idea for the party emerged from an initiative to build a medicinal roof at the community’s van station. Urbanist architect Guto Graciano created a green roof at the entrance to Vidigal with medicinal, organically cultivated plants. Financed by business owners and donations from residents, the project aims to strengthen integration among residents through a collective creation which everyone can enjoy.

This “Made in Vidigal” initiative established a green roof full of green plants cultivated in an organic fashion that doesn’t require watering and can be self-maintained. After building this ‘living roof,’ its creators continued to work to create a place that “lives and revives,” said Guto Graciano. Thus the second phase began: a graffiti wall. Artists were invited to paint the history of Vidigal on the Living Gallery. “Soon, the history of Vidigal and of Brazil will be told through these murals. Children, tourists and students from Stella Maris School will be able to learn more about history from here,” Graciano explained. And it was through this dynamic of historical research to adorn the walls that the idea to celebrate Vidigal’s 75th birthday came to be.

One resident in the square exclaimed: “75 years, what’s this? I’m 80 and Vidigal was already here!” In addition to celebrating Vidigal’s past 75 years, the celebration aims to spark a discussion about the real age of the favela. 75 years is only the age registered by the City, but Vidigal must surely be older than this. The event was also an opportunity for older residents to tell their stories and pass on legends from the favela to the youth.

Residents Teresa and Araci were invited to talk about the Vidigal of the past: a Vidigal without electricity, without vans, and with few houses. The stories and legends of Vidigal take on their own lives in the square: “Is it true that a whale was stranded in the main square?” asked one resident.

Sitting on the steps, residents listen to the history of their home, the changes and the struggles that have taken place there. Armando Almeida Lima, one of the founders of the Residents’ Association, told stories about past struggles against evictions during the military dictatorship and the court victory that saved Vidigal. He also spoke about the fight to save Vidigal’s beach from privatization by the Sheraton Hotel. It was a moving testimony that made clear that, without these struggles, Vidigal would never have become what it is today. 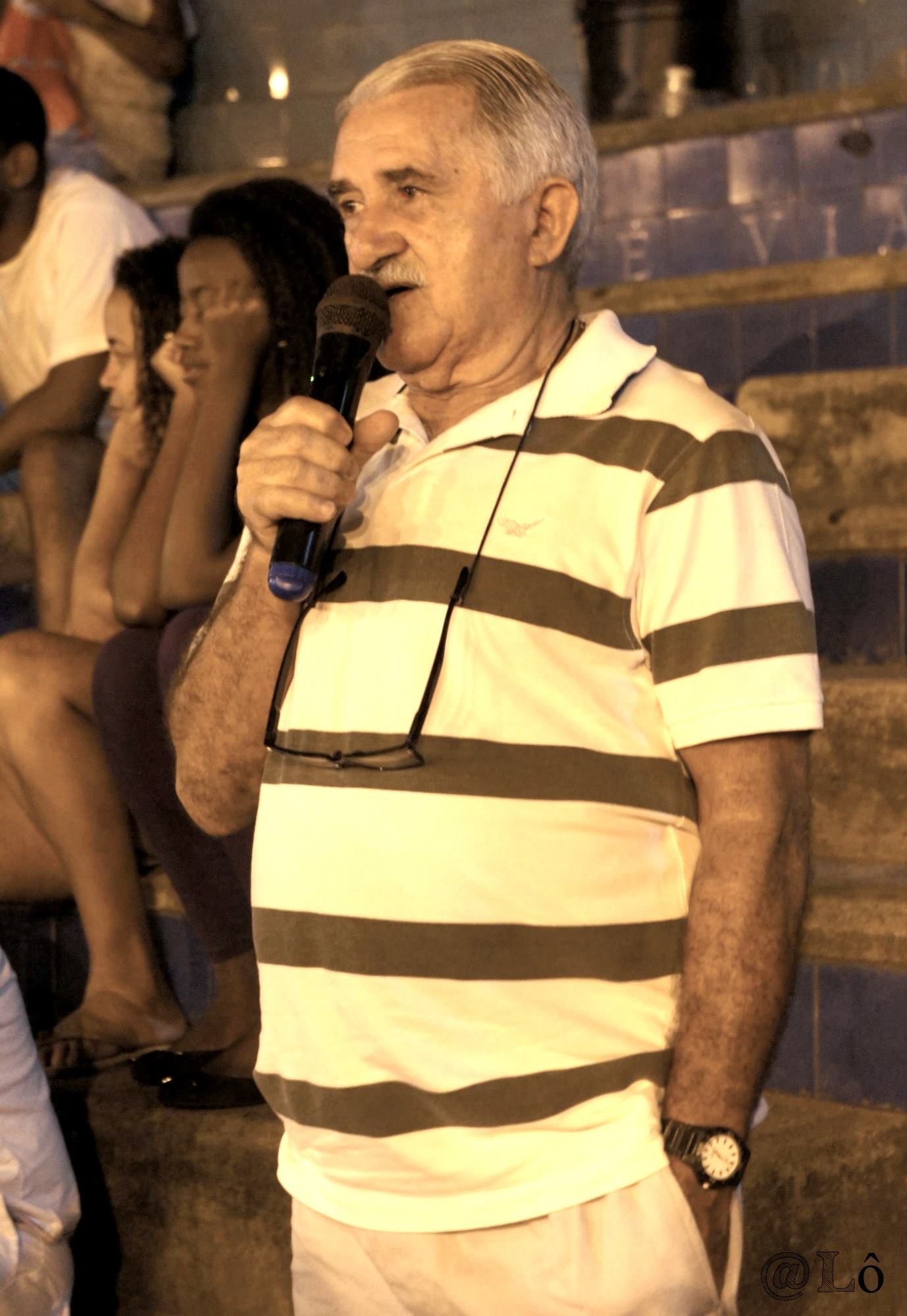