With 500 days to go until the start of the Rio de Janeiro 2016 Olympic Games, residents of Vila Autódromo took to the street to protest against the City’s latest decree of eminent domain to list 58 houses for forced eviction.

Supported by the Popular Committee on the World Cup and Olympics, in the early hours of the morning residents declared: “Today, the protest by blockading the workers’ and trucks’ entrance to the Olympic Park represents the resistance of dozens of families who will not leave their houses for a one monthlong mega-event.” 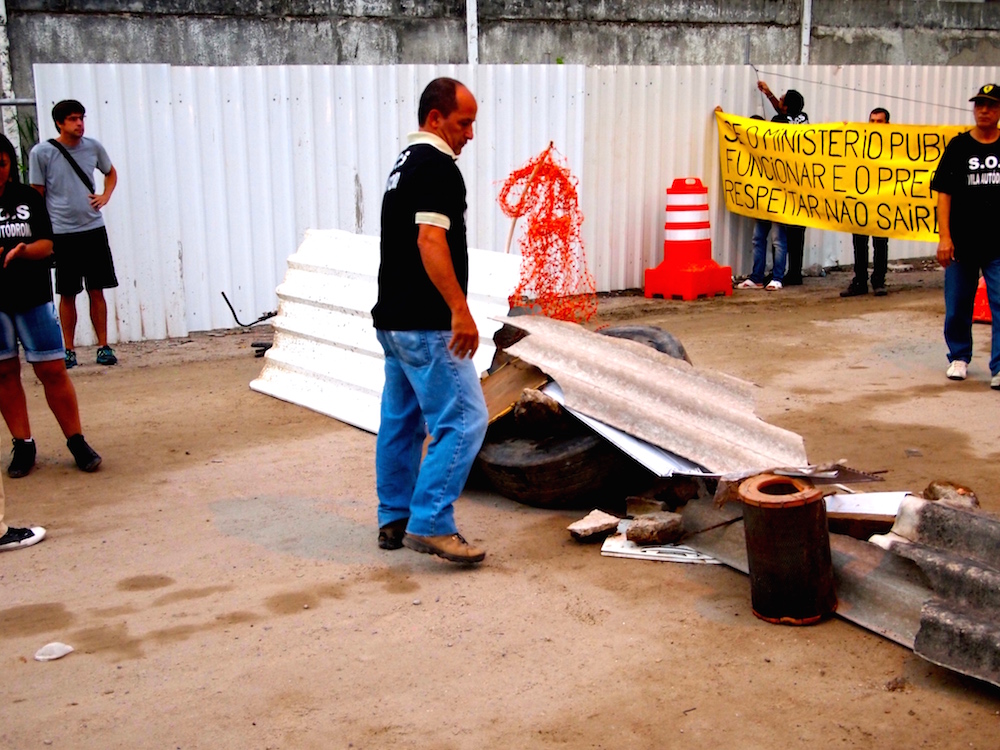 After creating a barricade from the rubble of destroyed houses, the 35 protesters, dressed in S.O.S Vila Autódromo shirts, marched onto the main road, stopping traffic with banners and chanting: “Our fight is every day, to guarantee the right to housing.”

The protest is a reaction to Mayor Eduardo Paes’ latest declaration on March 19 that 58 houses will be taken for public use—a landmark decision that is at odds with the previous ground-breaking policy of negotiating and offering market-rate compensation to residents and promising to allow anyone who wanted to stay to remain in the community, which would then be smaller and receive upgrades.

Vila Autódromo-born resident Jota, 27, emphasized the importance of events like this: “When they talk about the Olympics, they talk about this fantastic, magical, beautiful world, but they do not show what is going on here—families being destroyed and taken out of their homes, some by force and some by the promise of easy money.”

After fighting eviction for 20 years, Vila Autódromo’s past population of 3,000 now stands at 150 families. 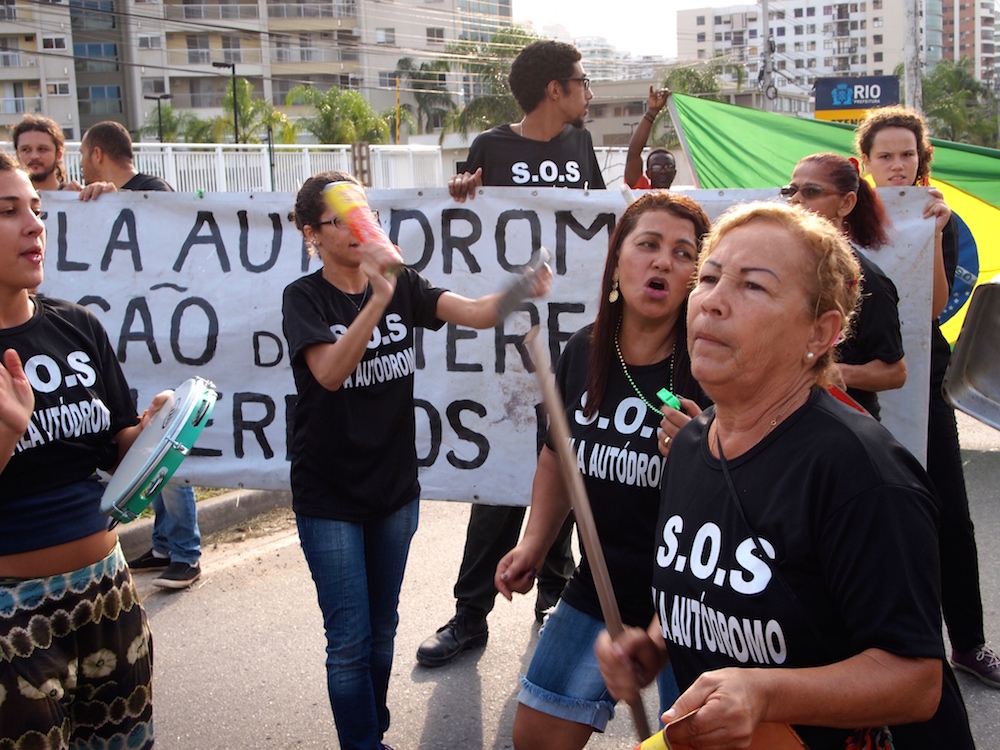 A statement from the protesters emphasized that “marketed as the road to economic and social development, the Olympics has represented the loss of our homes, of our lives in the community, our history and dignity.”

The discourse amongst the protesters focused on criticism of the city’s internationally lauded program of offering market-rate compensation, a policy that was brought into question by academics at MIT last month. As Jane Nascimento, long-term resident and activist explained, this is “another species of violence: I can, I can, I can, I can. I am the economic power.” 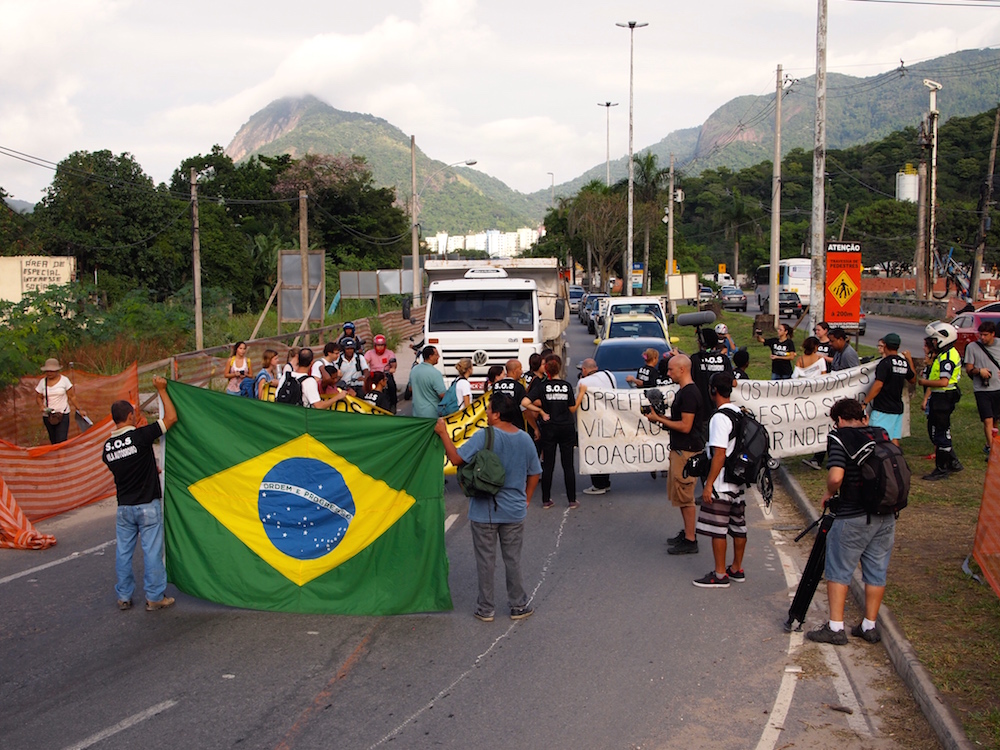 Representatives of Coletivo Rua, present at the protest to demonstrate solidarity, emphasized that now the resistance in Vila Autódromo is a fight between the economic power of the City and the people. It is a fight “for a more just society, a society for the people and not for money,” they said. “Out with capital, out with Paes, out with the Olympic committee. The people will stay because this is the place of the people who built it.”

Inacia Passos, a community resident for 30 years, echoed the feeling: “I do not have a For Sale sign, and the law gives me a right to remain, so my right has to count. If I want to stay, the law gives me this right.” Despite her legal entitlement, she retains little real hope of a Vila Autódromo community still existing in 2016.