Around 400 people were removed from the State Water and Sewerage Company (CEDAE) building in Santo Cristo on Wednesday March 25. The occupants had been living in the building for 15 days.

According to Coletivo Carranca, some of the 400 who were evicted from CEDAE were part of the short-lived 8,000-strong occupation of the Telerj/Oi building in the North Zone, which was violently dismantled by the Military Police last April. Occupants of the original Telerj/Oi site came from a myriad of communities that are suffering from soaring rent prices like Mandela, Rato Molhado, Jacarezinho, Cosmos, Manguinhos, Duque de Caxias and Morro do Sampaio.

After the violent removals of April 2014, the occupants went their separate ways but Mayor Eduardo Paes promised to transform the Telerj/Oi building into public housing and added the occupants’ names to the waiting list for federal public housing under the Minha Casa Minha Vida (MCMV) program. In the meantime, around 250 people were housed in the gymnasium of Our Lady of Loreto Catholic Church, near Rio de Janeiro’s international airport, while waiting for a place to stay. Others were forced to live on the streets or with their relatives, while still others received public housing or social rent from the government. 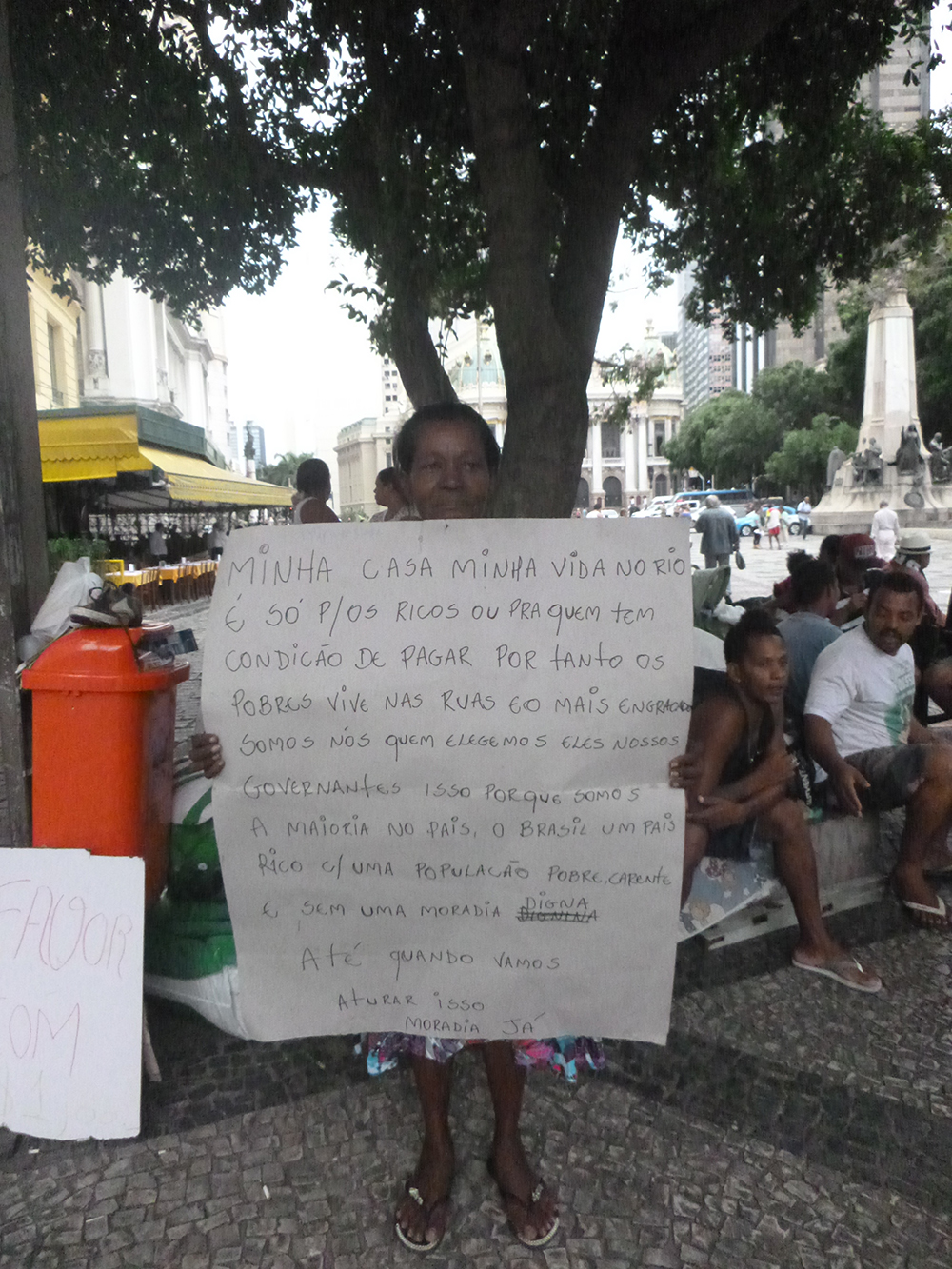 However, most of the people who were occupying the CEDAE building in Santo Cristo came from a favela called Bairro 13 in Santo Cristo, from which they were evicted in February of last year. Coletivo Mariachi reported that many of the occupants “have been waiting for a home for years, with signed papers by the City that promise to solve the problem.” One of the occupants, Célia Regino (pictured above), claims she has been on a waiting list for public housing assistance for 10 years.  She stressed that she is fighting for a home not for herself, but for the future of her three nieces and nephews.

Another occupant, Welinson Michel Moreira da Costa, said he and his wife and children had moved to the CEDAE building in order to avoid going further into debt. “I paid for rent for a year, but it’s expensive and each month kept going up,” he said. Once his family moved to CEDAE he started investing in his own home. He spent the money he normally would have used to pay rent to invest in construction materials to build his own barraco (shack). According to Welinson, once the police took over the CEDAE building, they promised to escort the occupants to City Hall to register for the MCMV program. Instead, the police used the opportunity to empty out the CEDAE building, removing their belongings and dismantling their shacks.

At this point the CEDAE occupiers made their way to City Hall to once again request public housing. Instead of allowing them back into the building, the municipal guard greeted them with pepper spray and rubber bullets, according to Wellison. The crowd of protesters included small children, elderly people, and pregnant women.

The occupants then moved to Cinelândia, in front of the City Council, a space that is being heavily supervised by police. The Office of the Public Defender for the State of Rio de Janeiro has publicly guaranteed the right of the protesters to occupy the square. However, reports on social media claim the police have attempted to disperse the occupants on multiple occasions. The original protesters from CEDAE have since been joined by other families looking for housing assistance as well.

“It’s been a week of sleeping in the sun and the rain, spending the whole day outside,” said Eduardo Felipe Aparecido Cunha. His family has been taking shelter with approximately 40 other families at night under the awning of the Universal Church situated next to the protest site. He is hoping the occupation will compel the city to follow through with its promise to add his family to the MCMV program. When 18-year-old Wellison was asked what he wanted to see happen, he echoed the other protesters and answered simply: “A solution. Housing. Something for us.” 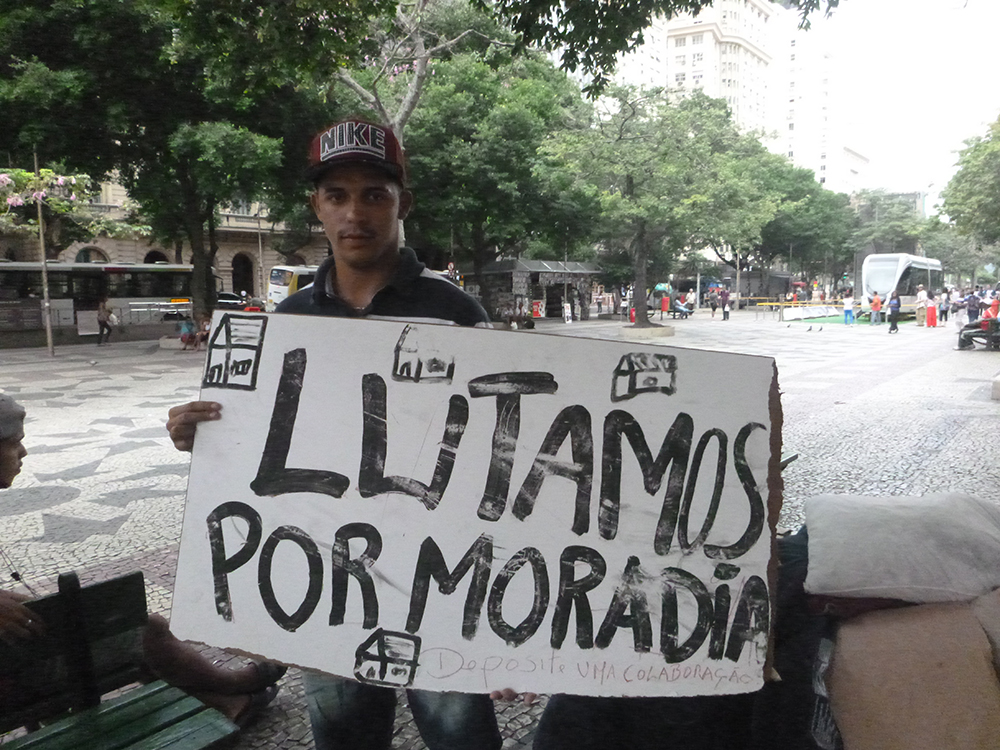