A public hearing on a plan for social housing in the Port region of Rio de Janeiro took place on Wednesday June 10. Housing Secretary Carlos Portinho introduced the meeting as a “point of departure from which a new housing plan will be built collaboratively” to 140 people who attended the event, including representatives of civil society, government agencies, researchers and, most critically, residents of the region. An excellent analysis is available in Portuguese by the Metropolis Observatory.

The public meeting comes years after the City promised the Port region’s revitalization plans would include public housing as hundreds of families were being threatened with forced evictions in 2013.

The event was kicked off by Portinho who announced a long-awaited participatory process to develop the social housing plan for the Port area. The announcement was confirmed by Alberto Silva of CDURP. According to the City, this plan should be ready by August 2015.

President of IPP Eduarda La Rocque presented the new Pacto do Rio (Rio Pact) project which is a “cluster of articulated compromises between the public and private sectors, academics and civil society, based on qualified and shared information.” The Rio Pact could potentially involve CDURP if the company creates an effective plan for a low-income housing program in the port area, including the active participation of citizens.

Following a presentation of the socio-economic diagnosis, the panel announced a series of thematic plenary sessions to be held between now and the end of July at CDURP headquarters, where the plan will be discussed in more detail, as well as a public consultation open to all citizens until July. 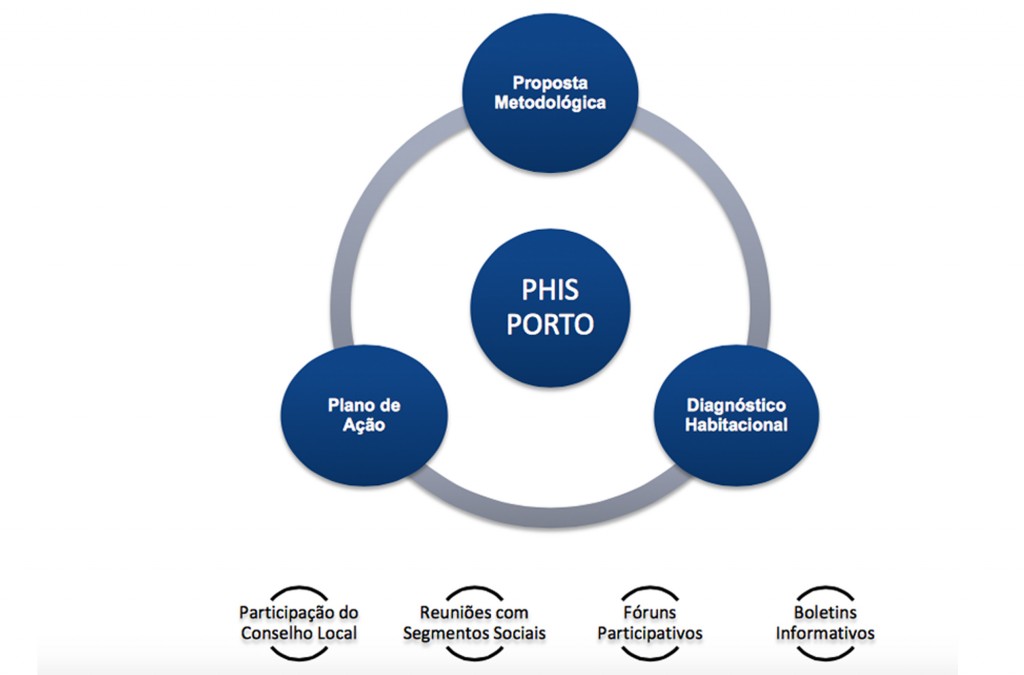 The objective of the plan is to keep 30,000 inhabitants of the Port in the same area–formed by the neighborhoods of Saúde, Gamboa and Santo Cristo–by providing housing units for families who earn up to three minimum wages. This will allow residents to stay close to their jobs, schools, other services and an already established community and support network. This will have a positive impact on urban mobility and public safety, thus improving the general integration of urban space. The typical implementation of MCMV public housing, where low-income communities are displaced to the city’s outskirts, is not characterized by these objectives and benefits.

The Port region is currently going through an extensive process of urban renewal, including the development of new infrastructure networks and better quality municipal services such as garbage collection and street lighting. The neighborhoods of Saúde, Gamboa and Santo Cristo are core to this process of recovery, though their vulnerable residents have until now been left out of the Porto Maravilha, or “Marvellous Port,” Port revitalization project. The plan was well received with applause by the audience during and after the presentation, and was followed with positive comments from resdients. According to Gabriel, who lives in Santo Cristo, “the goal of the project is to preserve, integrate and build together. I see that there is good political will, financially and socially, seeing this human side, this search for a chat. ”

Member of the Municipal Public Housing Council, Marcelo Edmundo said: “One fundamental question is most certainly that of improving the existing inadequate housing conditions. There are issues related to energy, sanitation and collapsing buildings. Throughout Brazil, we applaud 13 million new homes, but the housing deficit still remains and is critical. A new social class is introduced in the area, but we should also consider a project to improve the lives and create conditions so that current residents are not displaced.”

Only a few of those present criticized the plan. Architect and former employee of Caixa, Helena Galiza said: “In order to reduce social inequality in this specific area, you need to produce new housing units of social interest. Not only resettle removed families, but also bring new low-income families to the region. Today there are about 30,000 people, and with the Porto Maravilha project we expect 100,000. Who will the 70,000 others be and will they represent the socio-economic diversity touted by the project? What will be the percentage of public housing in the area?”

President of the Federation of Rio de Janeiro Neighborhood Associations and member of the Municipal Public Housing Council Sonia Rabello expressed her disappointment with the project so far, after a six-year wait for social housing to be incorporated in the “Porto Maravilha Urban Operation” project, that was established by law in November 2009. “This delay is dramatic,” she said, further revealing that the current movement towards participatory public housing in the area is the result of pressure from the Ministry of Cities, which would have cut funding for the Porto Maravilha project if the City had not made provisions for affordable housing.

Rabello said: “What we need is a neighborhood project, dear Secretary. It can be combined with commerce, banks, perhaps, but we need a more concrete residential neighborhood design, in order to control the price of land, which is the main reason for the expulsion of many residents. We want a plan that protects tenants from being chased away from their homes by owners. What are the instruments that the city will use to do this?”

Rabello also suggested the introduction of a law that was already implemented in São Paulo called “cota de solidariedade” (solidarity quota), that promises to produce affordable housing whenever a big enterprise builds a profitable business.

The meeting was the first of six with the stated aim of increasing citizen participation. The real outcome is yet to be revealed.

Remaining meetings will be held at CDURP headquarters on Rua Sacadura Cabral in the Port area on June 25 and July 2, 9, and 30. 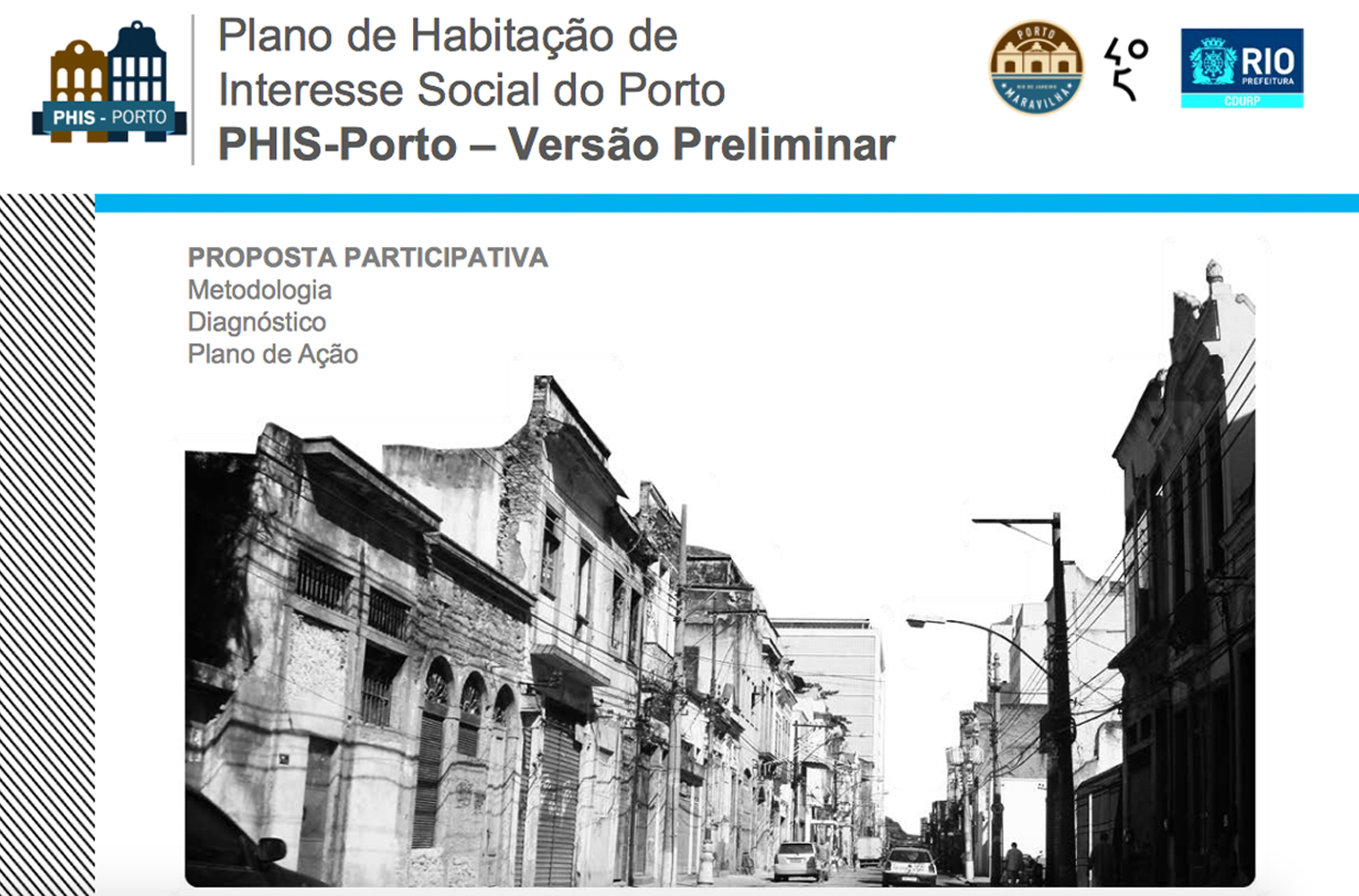