On Sunday, July 12, the community of Quilombo da Gamboa held a memorable ceremony in one of the Vizinha Faladeira samba school sheds to celebrate the signing of a rare cooperatively-built Minha Casa Minha Vida public housing contract in the downtown Port area. The project will be the second Minha Casa Minha Vida-Entidades cooperative housing development in the Metropolitan Region, following the recently completed Esperança Condominium in the West Zone. Quilombo da Gamboa is located within the Porto Maravilha project boundaries, next to Cidade do Samba (Samba City, where carnival floats are built and stored), and will consist of 116 housing units, 74 two-bedroom and 42 one-bedroom apartments.

“It is thanks to the very efficient mobilization actions and pressure from you that this panel was created,” said Municipal Housing Secretary Portinho, pointing out that the panel itself can be considered a successful result of a long struggle of communities to set up an affordable housing project.

CMP leader and quilombo coordinator Marcelo Edmundo spoke first, thanking every individual in the room for their good will and desire to participate in this unique project. He described the process that led to the contract as a “historic symbol of fight in the port area, of people fighting for their rights in a region where samba was born. It is a region marked by fight and resistance, continuously building its history. The city of Rio de Janeiro is what we see here in the center, and it is not Ipanema or Leblon.”

Despite Edmundo’s words, another member of the panel expressed that the fight is not over. According to UNMP coordinator Jurema da Silva Constancio, “the hardest battle is yet to come.” 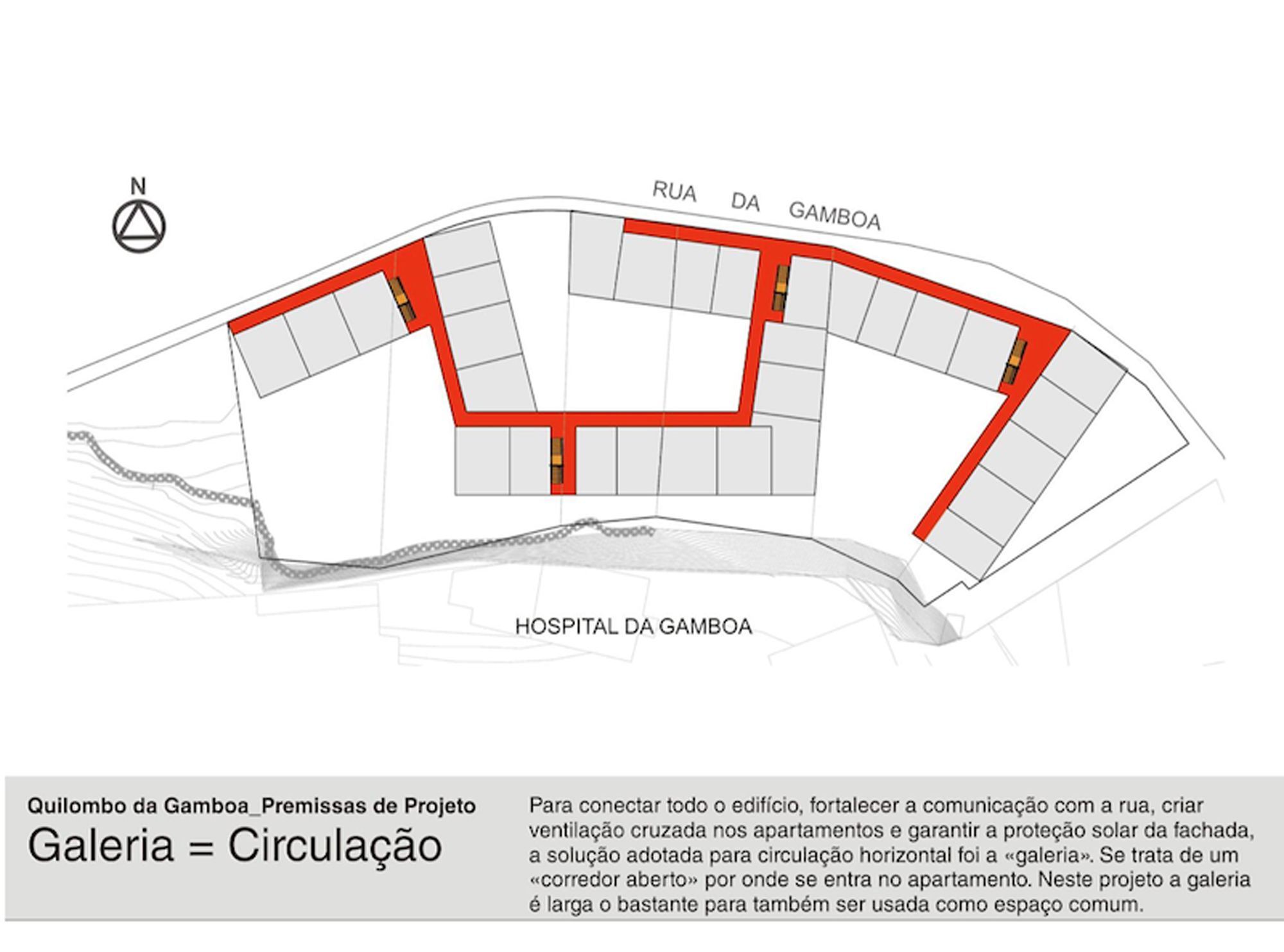 The event continued with an overview of several self-managed housing cooperatives and urban occupations in Rio de Janeiro’s metropolitan region, presented by Sandra Hiromi Kokudai from Bento Rubião Foundation. The NGO was involved from the initial phase of the project seven years ago, when the group had to identify public land in the port area that could be used for the development of social housing.

Carol Rezende, architect at Chiq da Silva association and lead designer of the housing project, identified the project’s different facets of sustainability, focusing on four scales: “the object,” “the individual,” “the environment,” and “the world.” The project was created in close collaboration with future inhabitants, thanks to numerous participatory workshops organised by Chiq da Silva that began back in 2008 and are still ongoing. Environmentally speaking, the housing complex will include solar shading as well as cross ventilation to allow for a livable climate.

Rezende said: “Self-managed projects are developed with a different logic, by an entire series of stakeholders, including future occupants and social movements. It is an incredible part of one’s life and we believe it can really bring about major changes in the social structure of our society.”

Following a seemingly never-ending bureaucratic procedure of almost seven years, the group reached the long awaited moment. The panel signed the contract for the first phase of the project in front of a uplifted audience and the event concluded with a samba concert and a meal.