“Now, we will pay our historic debt to Rocinha. The UPP Social will be here every day, represented by our local managers. History has changed: the city will no longer be divided but become integrated” — Ricardo Henriques

Three days after the successful occupation of the communities of Rocinha and Vidigal, during the BOPE meeting in Rocinha, it was time for Ricardo Henriques, the Coordinator of the UPP Social to sing his song of a better future. Big promises of universal trash collection, improved infrastructure, widespread culture and sports facilities, and high quality health services were made, accompanied by powerful buzzwords. A ‘finely tuned’ program, ‘perfect coordination’ and ‘intensive dialogue with the community’ are apparently all in the works.

UPP Social is the municipal government’s program to ensure that the security benefits brought through the UPPs and community policing actually result in tangible improvements for residents on the ground. Initially intended to help recuperate public spaces, upgrade communities, stimulate local business and provide opportunities for youth, the UPP Social later is intended to set out on larger scale plans, resulting from community participation, to provide for the key necessities identified in each pacified community. 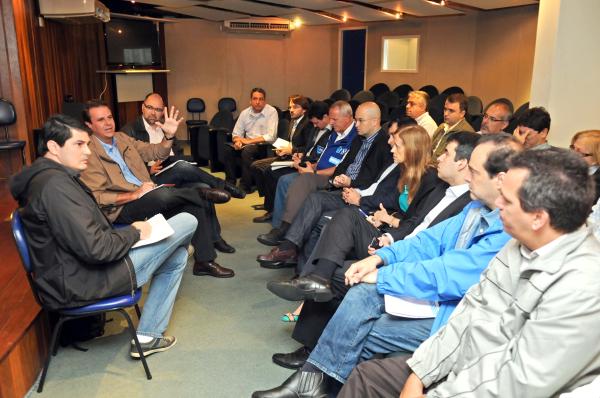 So if dialogue with the community is a key focus of the UPP Social, why is it that hours before the BOPE meeting, Rio’s Mayor Eduardo Paes got together with municipal authorities to “define the priorities and elaborate an action plan to be coordinated by City Hall in the communities of Rocinha and Vidigal?” Why are key decisions about the future of the communities made behind closed doors?

Having participated in a half dozen UPP Social “participatory planning” meetings, I am concerned with the huge gap between the powerful public discourse on the UPP Social program and the quality, scope and nature of the action carried out on the ground so far. I am not claiming that it is an easy task to make up for decades of neglect, but making false promises and hiding associated challenges means playing with the expectations of community residents which is of grave concern during this sensitive moment post-occupation. 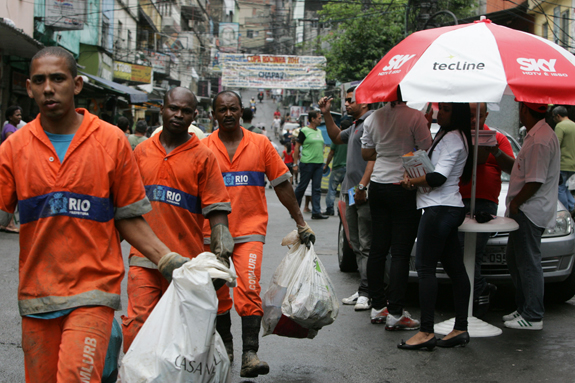 In Rocinha and Vidigal, a few actions have been taken to provide certain services in the communities: trash is being collected in a surprisingly universal manner and lightbulbs have been screwed into 200,000 street lamps. The latter are concentrated on the main streets and areas frequented by tourists, a critical issue that led to concern in Santa Marta (pacified 3 years ago) through today.

Legalization and charging for services is high on the agenda of the UPP Social–too high, according to many residents of Rocinha.  While legalization and technical assistance for small business are generally welcome, efforts to legalize energy provision mean an existential threat to some residents. State officials apparently never attempted to imagine what it means for a family with a monthly income of R$1000 (US$560) to suddenly, from one day to the next, pay R$80 instead of R$5 for the electricity bill, plus an additional R$18.16 in taxes. Or does this simply not matter, given that serious profits are in the game? The electricity provider “Light” is expecting to increase its income from R$3.2 million annually to R$24 million in Rocinha once all households are paying their energy bills. 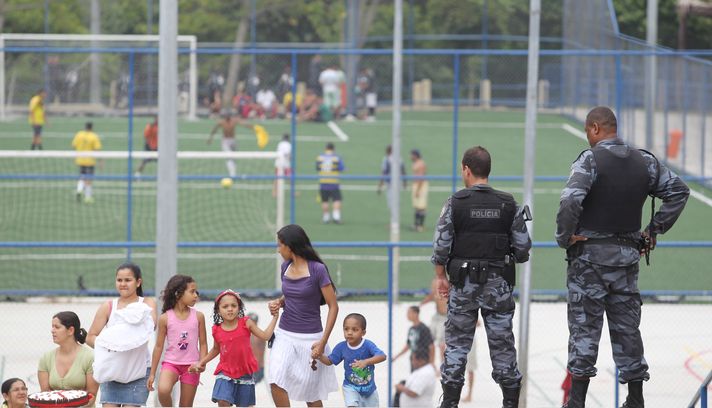 The UPP Social is following the same strategy in Rocinha and Vidigal as it did in many other communities: a readymade packet of services and regulations is being implemented without discussing consequences with the community or whether they agree with the measure and time frame proposed.

Soon the first UPP Social community forum will be hosted. No doubt it will begin with yet another passionate discourse by Ricardo Henriques explaining that the forum is an “invitation to collective action,” or “a form of constructing effective solutions with different actors.” In all six UPP Social forums I have visited, community participation was minimal and barely any notes were taken by state representatives, meaning there is no register–and no way for the community to hold the officials accountable. Without transparency, there is no real participation and the logical consequences are apathy, distrust, and lack of motivation to continue participating. The participation rates of the UPP Social Forum are mirroring this: while the first forum usually receives 2-300 people, the numbers decrease with each subsequent meeting. 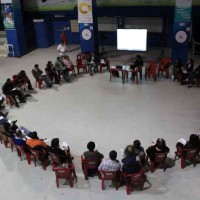 The lack of transparency and information about the public agenda does not only undermine the voices of regular community residents, but also concerns community-based organizations in Rocinha and Vidigal. These organizations could be great allies for the UPP Social in a number of projects, such as the “social cartography” starting this month which would benefit much from the year-long local experience and knowledge of these institutions. Instead, however, UPP Social managers use data from the Brazilian census and the municipal secretaries which may well be incomplete or outdated. Training and involving the community to map their living space would not only lead to a more reliable data set, but mean a real step towards community engagement, showing that their knowledge and abilities are being valued. Not involving them means deepening distance, distrust and information gaps.

Distance is reinforced by incidents like the eviction notice received by the NGO GASCO in Vidigal about a week ago. Unsurprisingly, the mainstream media did not report this. Likewise, neither media nor state officials are investigating the increasing cases of police violence and assaults in Rocinha. While residents are certainly thankful to be freed from the violent rule of drug gangs, they fear that the number of patrolling police will decrease once media attention diminishes.

But why should government and media representatives get out of their comfort zone and investigate such cases? Outside Rio’s favelas, the installation of the UPP is widely regarded as a successful public security strategy and both police and state officials are receiving compliments from the wider public and support from mainstream media that is busy to keep up the positive image.  For people living in the affluent neighborhoods surrounding Rocinha and other pacified favelas, the positive development they read about in the paper is confirmed by the enhanced security they experience on the streets, not to mention rises in their property value.

Only the people living in Rio’s favelas can change this distorted vision and take state officials out of their comfort zones. As long as community residents remain silent and complain among themselves rather than taking their demands to a higher level of collective action, politicians and journalists will continue to ignore the diversity of voices, knowledge and capacities present inside the favelas. The government they deserve will not emerge out of the blue.