Shock troops and the Municipal Guard were once again deployed in Vila Autódromo on Monday February 22, this time to reposition the wooden wall they had erected on January 13. On the same day, the suspension of the demolition order for the Neighborhood Association came to an end. Residents sent out SOS messages on social media to alert supporters of the likelihood of further demolitions and intimidation in coming days.

Dozens of armed troops entered the community without warning around 7am on Monday, following the pattern displayed in the previous two occasions when Shock Troops descended on Vila Autódromo in force. Since January 13, a wooden wall has separated the majority of the community from a narrow strip along the lagoon with two remaining homes. Now, the barricade blocks all access to the lagoon and further constricts the community’s boundaries, while continuing to strand part of the original neighborhood within the confines of the Olympic Park.

One resident, Márcio, whose home now borders the fence’s new path, appeared to be suffering a heart attack following an altercation with the troops. According to his neighbors, the troops blocked access to his home until residents insisted he would die if left unattended. After eventually receiving treatment at a nearby hospital, Márcio returned home the same day.

In response to the construction encroaching further and further into Vila Autódromo’s territory, residents asked on Facebook: “In Vila Autódromo’s long journey, who are the invaders of this land? The residents who received land titles from the Rio de Janeiro State Institute of Land and Cartography (ITERJ) which designated this land for social interest housing? Or the City which is stealthily occupying an area that doesn’t belong to it?”

Following Monday’s events and the end to the injunction against the demolition of the Neighborhood Association, residents are calling for press and for the community’s allies and supporters to join them in an ongoing vigil and occupation in Vila Autódromo. The exceptional tension of this week was highlighted when the community Facebook page posted both a summary of the previous day’s events and a call for support in English, a rare occurrence on the usually Portuguese-only page. The latter post concluded:

“The situation of Vila Autódromo is very fragile. Residents and supporters are called to support the community as soon as possible. Their struggle is going through a crucial time.”

In addition to the Neighborhood Association, residents worry the house belonging to the Penha family and that belonging to Candomblé priestess Heloisa Helena Costa Berto could be demolished any day now. The Penhas and Heloisa Helena have been dedicated and visible activists in the struggle to remain, so, like the Neighborhood Association, their homes are of immense symbolic importance to the community. The Penhas’ home is now the only remaining home included in the Mayor’s declaration of eminent domain last March. Dona Maria da Penha herself remains indefatigably upbeat. “I’ll stay on my feet,” she said, while sweeping her floor in preparation to host activists and allies in her house overnight. “Even if the house falls, I will stay on my feet.”

Other residents were less positive. One reflected on the irony of Brazil’s motto, ordem e progresso (order and progress). She said: “What order? There’s none. What progress? Only in the pockets of politicians.”

Stay tuned for updates from Vila Autódromo’s community Facebook page as well as @RioONWire and @RioOnWatchLiveTweet on Twitter as we follow the occupation and the City’s actions from the ground. 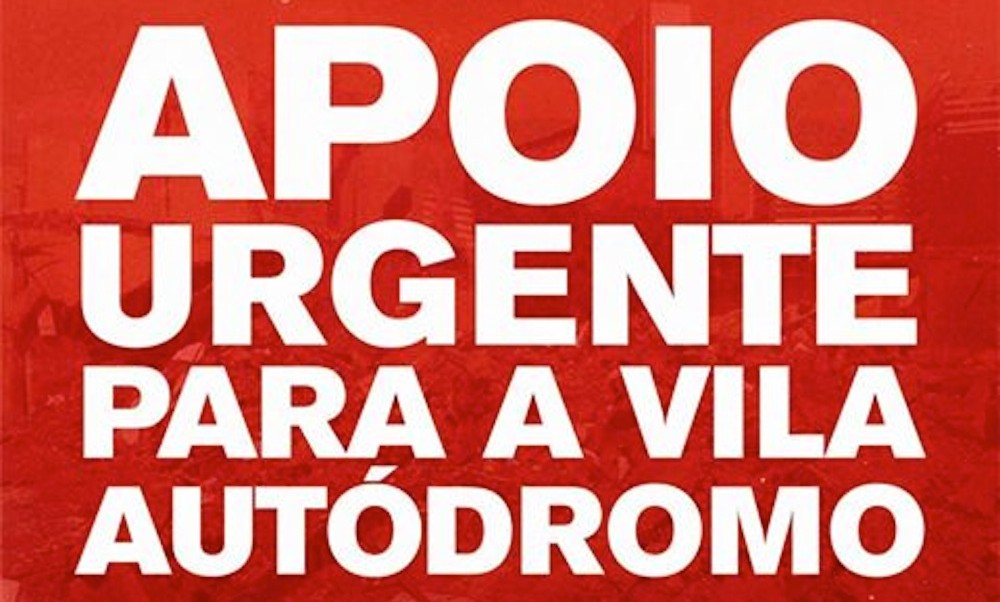