Residents and activists gathered in Vila Autódromo this last Saturday April 23 to begin the process of creating a museum focusing on the community and its history of resistance and removals, the Museu das Remoções (Evictions Museum).

A group of around 50 people including activists, residents and former residents of Vila Autódromo attended the event to honor the history of the community and help the museum take shape.

The idea of the museum, as researcher and activist Poliana Monteiro explained, is “to think about what Vila Autódromo was like before the evictions. We think it is very important to document the community life that [residents] had here, not in a defeatist or negative sense, but in the sense of giving value to something they have had to rebuild and reconstruct ever since the start of the demolitions.’ 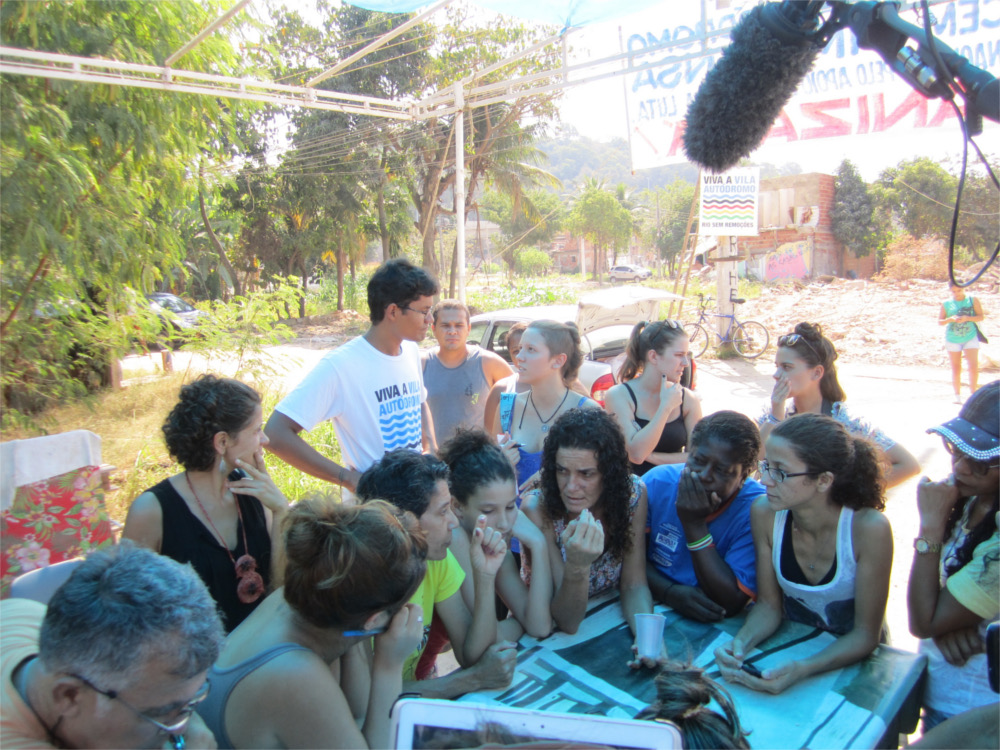 The day started with residents gathering around a map of Vila Autódromo as it had been before removals began. The residents discussed each place they remembered and described the community and the people who lived there.

They highlighted places of interest and categorized them into three groups. The first was “sustainability,” social spaces where the residents gathered to enjoy themselves, such as a park or bakery. The second category was “community,” marking spaces used by residents in the fight against evictions. The final category was “saudades” (a Portuguese word meaning a feeling of longing or nostalgia) which marked the houses of residents who had left the community but were involved in the fight to remain.

The residents then led the group around the remaining buildings of Vila Autódromo and the demolition sites, telling stories and describing what the community was like before demolitions began and during their long fight to remain. They marked out the plots of the houses and looked for remnants of the houses to use as focal points for the creation of museum exhibits. 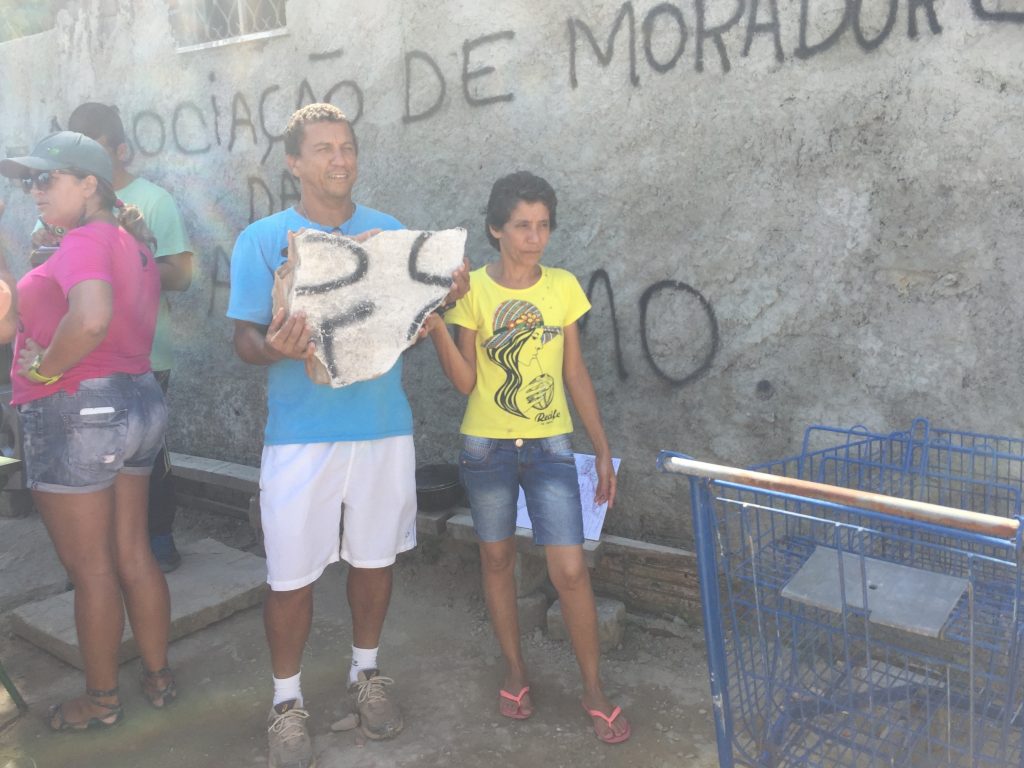 Community museums are significant in preserving the history and raising the self-esteem of a community and its residents through recognition and celebration of their history and culture, however many are underfunded and threatened with eviction. This new community museum in Vila Autódromo will be an important addition, and one that will be meaningful for the lives of favela residents who have been impacted by removals all over the city.