The brutal gang rape of a 16 year old girl by 33 men in a favela in Santa Cruz in the West Zone of Rio de Janeiro has generated widespread horror and outrage. Videos and photos of the girl’s ordeal were published and shared more than 500 times on Twitter with comments celebrating the attack before the accounts were suspended. Rio’s Public Prosecutor’s office received more than 800 complaints following the video posting on Wednesday morning. Police and public prosecutors are currently investigating the case. Four of the attackers have been identified.

The crime and video sharing has prompted intense reaction from women’s rights organizations and commentators on social networks. The Brazilian chapter of UN Women published a statement calling for a full investigation and victim support and called attention to the further violation committed in the publication and sharing of materials documenting the crime: “Re-victimization occurs through the social exposure of the victim and the crimes, including images and videos on social networks and other means of communication, through actions violating the respect and dignity of victims, among them the lack of privacy, blaming and moral judgments based on sexist prejudices and discriminations.” The statement concludes: “UN Women demands total zero tolerance on all violence against women and its trivialization.” 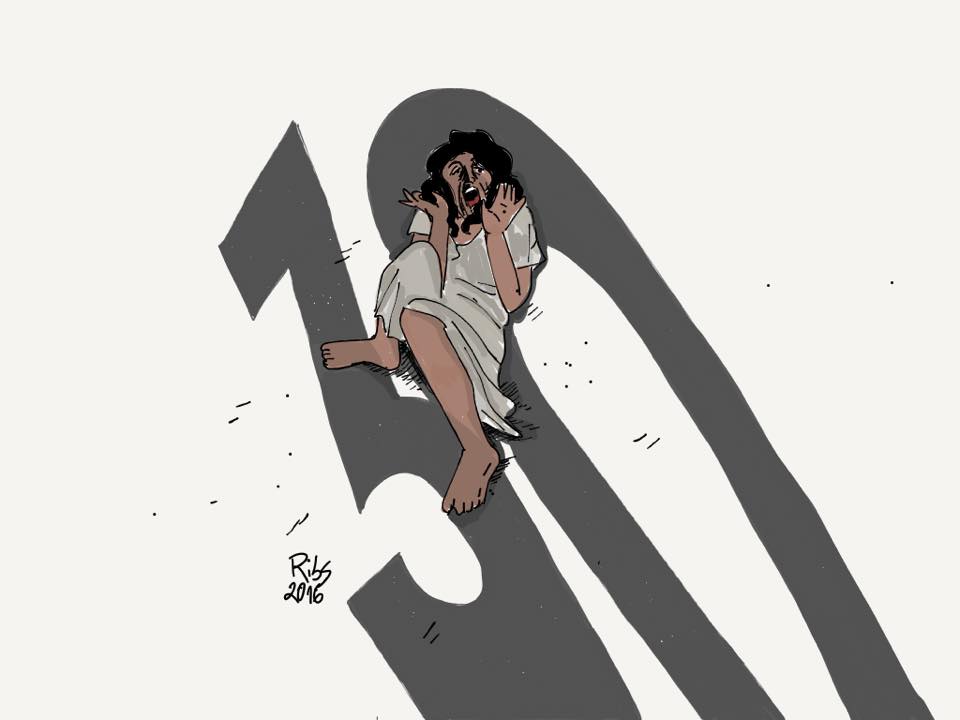 The Rio de Janeiro chapter of the Order of Brazilian Lawyers (OAB-RJ) published a statement affirming that it was offering legal support to the victim and calling the crime an act of “barbarism” which “shows, sadly, that sexist culture still exists in the 21st century.” The note calls on society to express its “profound rejection” of these acts and to fight the everyday sexism which enables sexual violence.

These sentiments were echoed across social media as hundreds expressed their horror and outrage with the hashtags #EstuproColetivo (GangRape), #Estupro (Rape) and #UmDiaSemEstupro (ADayWithoutRape) trending on Twitter on Thursday. Comments expressed solidarity with the victim, called out prevalent victim blaming, demanded justice and full support for the victim, and called for an end to rape culture.

Users denounced those who viewed and shared the videos and images documenting the crime. SBT reporter Juliana Maciel tweeted: “Those who share the images are as much criminals as the attackers,” adding, “this goes for us journalists too.”

Many reacted strongly to reports of the attack, affirming that such grave sexual violence is an attack on all women. São Paulo blogger Daniele Polis tweeted “It doesn’t matter whether or not you’re a relative, friend or a complete stranger. If you’re a woman, you should know that this fight is yours too.”

In a moving and widely shared article published on Bhaz, columnist Luara Colpa expressed solidarity with the victim and called on all to denounce the crimes: “May each one of us be a spokesperson for what happened. If the mass media won’t denounce violence against women from the urban periphery, it’s in our hands to denounce it.” 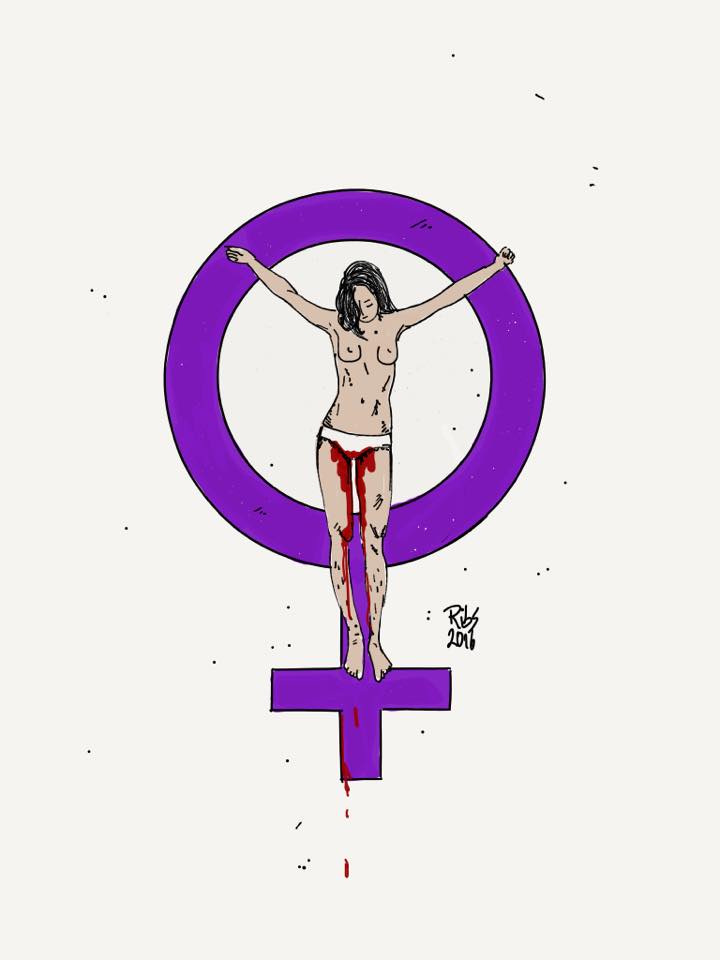 Many commentators posted reflections on the ways in which combating sexual violence requires men to actively refuse to participate in complicity with everyday sexism. Photographer and cultural producer JV Santos from the Norte Comum culture collective posted on Facebook:

“I want to speak directly and plainly to the guys I know and they know who they are. The photos and videos you share on WhatsApp groups after sleeping with girls, the jokes, nicknames, talking about the girl’s intimate parts with friends, the curses in traffic, the compliments when they pass in the street, the punches out of jealousy, all the violence and utilitarianism us men conduct on the female body is no small thing. It’s all part of the same flux of abusive relations with women that we inherited and most of the time don’t question.

It’s of extreme importance that we discuss this in all spaces. Call on those friends that you like but know are violent and don’t respect girls whether it’s their girlfriend, friend, sister, mother, and talk straight with them. Show them this news report and all the others about the rapes and violence that happens every day, propose the opposite, even if it’s extremely utopian. It’s time men discussed violence against women with the same willingness they talk about football.”

The brutality and shocking nature of the crime prompted many to brand the perpetrators as “monsters.” However, some criticized this reaction and pointed to the dangers of considering the attackers as “others.” Anthropologist Patrícia Lânes posted on Facebook:

“They weren’t ‘monsters’ or ‘sick.’ They were men thinking they had the right to violate, abuse and attack a woman’s body. And we can’t forget that beyond the 33 rapists were hundreds, probably thousands, of people (not just men) who shared images of the girl passed out, suffering further violence after the gang rape. Why am I saying this? Because if we continue to think it’s ‘others’ who do this, nothing changes. ‘We’ did this. Everyone who’s silent in the face of violence, who laughs along to the sexist joke, who receives photos or videos on WhatsApp without the person’s permission and doesn’t say anything, who treats every woman who isn’t a relative like a whore or slut… Everyone is complicit.”

According to data from the 2014 Brazilian Public Security Report, a rape is committed every 11 minutes in Brazil. Figures from the same year affirm that 90.2% of Brazilian women fear being a victim of sexual violence. 47,646 rapes were reported in 2014. It is estimated that only 35% of rapes in Brazil are reported.

A protest entitled “NO to Rape!” has been organized for today, Friday May 27, at 6pm outside the Rio State Legislative Assembly (Alerj). The Facebook event description calls on participants: “Let’s go to the entrance of Alerj and in a symbolic and peaceful way demand investigation, punishment and a commitment to the dignity of women in our society.”