This is Part 1 of the Building the Favela series, a collection of stories of how people build their homes. The informality of Rio’s favelas means residents use their creativity and own know-how to build almost every structure that exists there. This series was born out of the question, “How did you build your home?” to which responses ranged from “We hired a local builder” to “We just… did.” The series aims to show the diversity and complexity of these stories, of which there are millions.

When Daniel Ferreira Campos moved to Rio de Janeiro, he first rented a home in the Rio das Pedras favela in the West Zone of the city.

“I lived in a shack that was really bad. When it rained, I had to use my hands to secure the pipes. The whole family had to hold the pipes with each hand. There I worked as a driver for Antarctica, the beer company. I worked a little more than 5 months and I was really happy with my work but they let me go. I was earning a good amount of money at the time. They gave me R$1,200 when I left.” 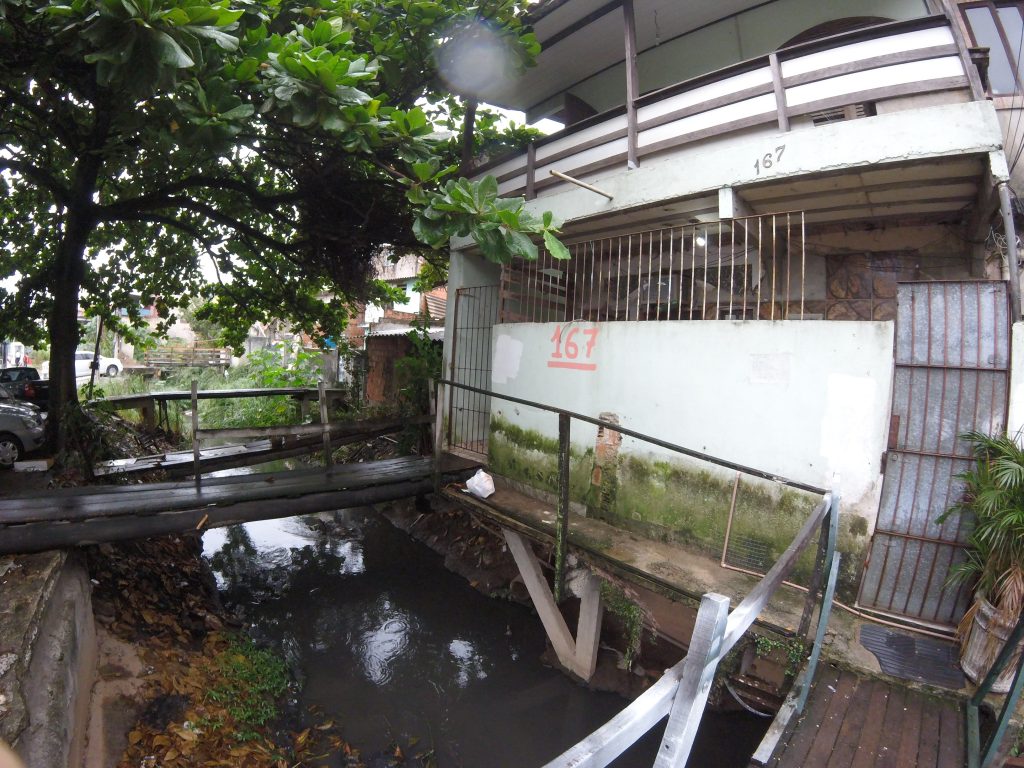 From there Daniel moved his family to Vila União de Curicica, also in the West Zone, where he was able to buy a piece of land to start building his new home.

“At that point, my son-in-law was dating my daughter and he gave me R$200. He helped me pay and we bought a huge amount of material: dirt, iron bars, 12 cubic meters of sand and rock and 50 iron reinforced bars. I got a wooden window and a door because my sister was removed from a small favela behind Barra Shopping.

“I built a large shack here that everyone was jealous of. It was just like a home in the USA. It was a really big, square, wooden home where I, my wife, my daughter, my son and sometimes my son-in-law stayed. From there, we started to finish those parts and begin to build an actual house. I made the entire structure. In front I used 4.5 cubic meters of material for each support column here in the foundation because it is in a large ditch. To find a firm location to start construction you have to have a really good foundation, which is why this was the most work. It was really difficult, hard work and a lot of money. After that we made the living room and kept expanding. I spent 20 years building this house.”

Daniel chose this plot of land because it was one of the only options he had with the money he was given after he was let go from his job.

“My priority was to stop paying rent because paying rent is very difficult. It was especially hard while raising kids and affording food, which was obviously our priority,” Daniel says. “This place was a piece of land that I could buy with the money. I could have bought something more expensive, but then I couldn’t have done anything else, or I would have continued to pay rent. It was a huge struggle doing this with two kids and in a country that was never in a good situation.” 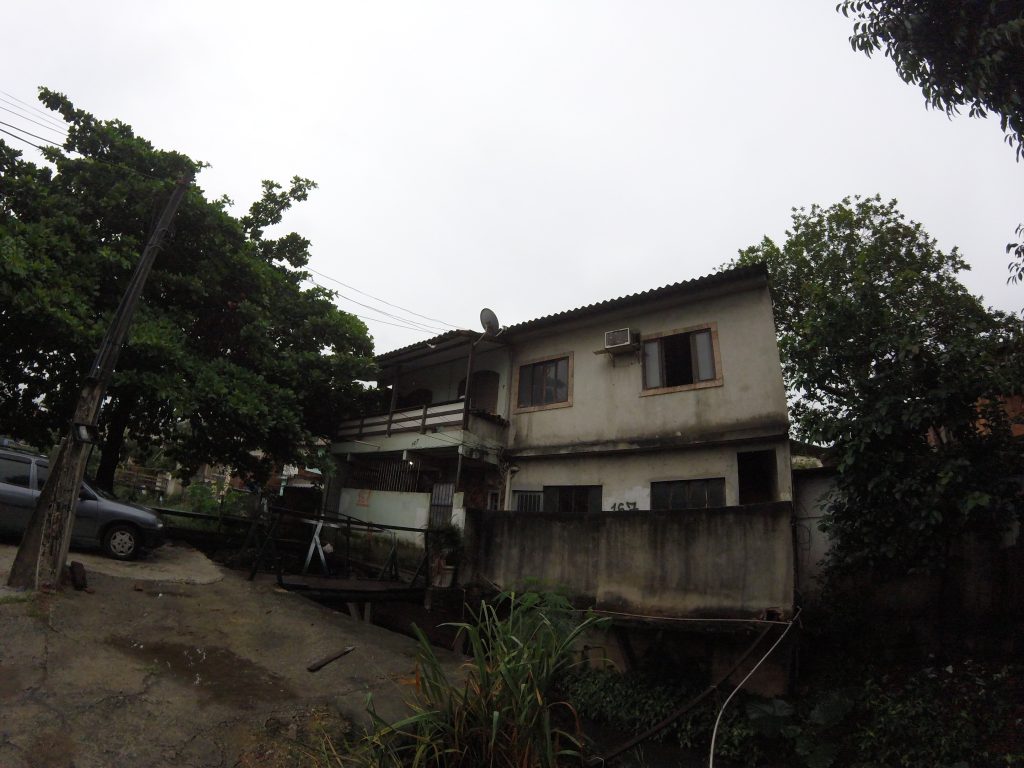 Within a favela, the process of construction is often done piece by piece, taking many years of saving and careful planning to complete. Daniel says he learned the skills to build homes through a course in a São Paulo church.

“I lived in São Paulo and was homeless on the streets. A church contracted me to take care of the church and I slept and ate there. I got a salary that was enough to take me off the streets and there I took a course to be a decorator and a mason. When I came to Rio my first job was as a decorator, and then I also learned how to do other projects in houses.”

Now the structure that was once a wooden shed is four homes with a total of six bedrooms, three bathrooms, three kitchens and three living rooms.

“It expanded like this: I made my house for my whole family to live in. Following that, we built my daughter’s house on the side. Hers was here on the bottom. When my son married his wife, I had to start building on top. So, on top of my house, I made his house. It was a ‘mini-house,’ a kitchenette.” 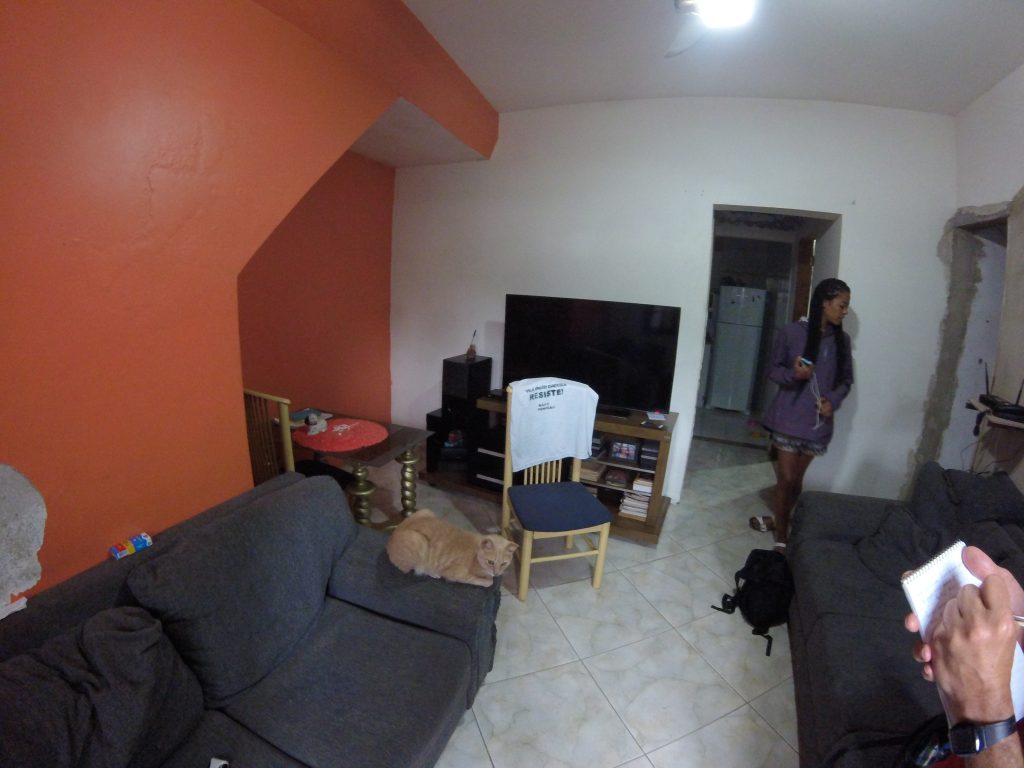 The family’s main income came from a small manufacturing shop they ran for the company Long Rio, which made shorts for surfers. He decided to locate the shop within his home, so he adapted the house’s design to the needs of his work too.

“Afterwards our factory expanded and I had to move my daughter to up top. We called on people to help us make her house into the factory. Now the factory is a very open space. We had 20 workers here and made good money. No one left here complaining or even wanted to leave,” remembers Daniel fondly.

When asked about how much was spent on the construction of the house, Daniel and his family say it is hard to know for sure.

“It is really difficult to come up with an exact number, you know? A lot of receipts I kept even until today, but many places don’t even give a receipt, including the store where I bought most of the material here down the road. They don’t even give receipts today.

“For me, it was like this, I got together money and bought one or two bags of cement at a time. Then I bought the windows and door on my credit card and my wife always put it in her name. So, sometimes we might buy the windows or the floor on card and then have to keep paying.”

As for the design, Daniel recounts how he and his wife worked together to create the house they wanted.

“It was mostly me doing the design by myself, just with a paper and a little draft. It was also largely up to my wife to decide what the design was; I didn’t decide anything for certain. If she said no, that was the end of the idea.” 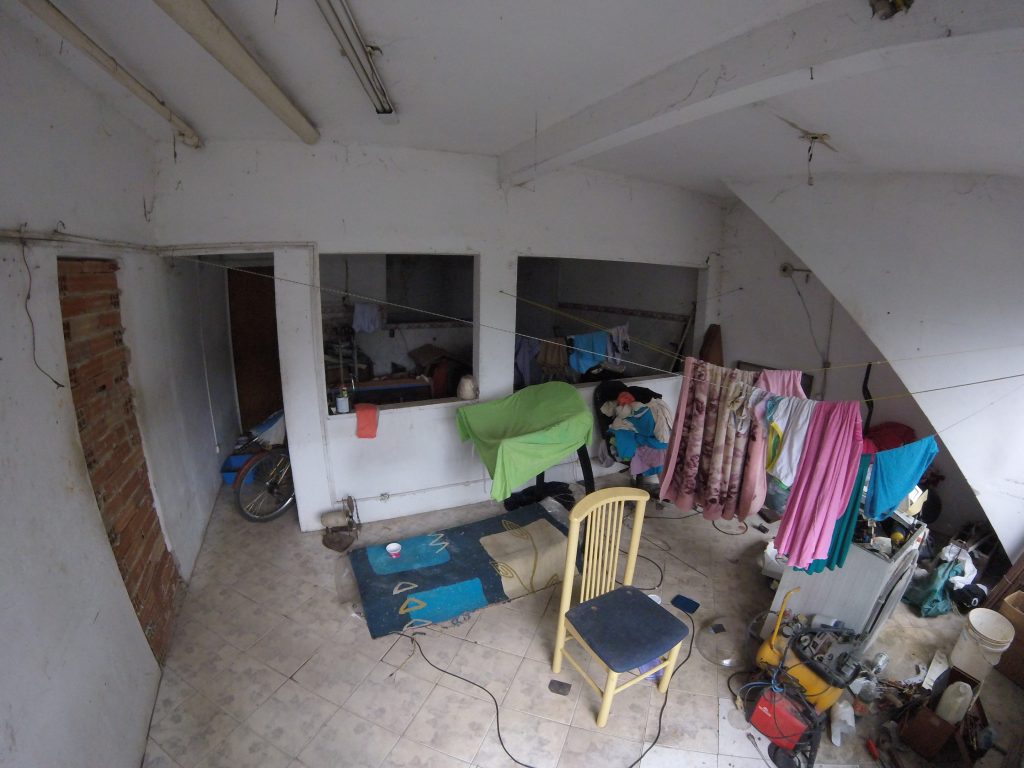 However, after this lifetime of work, Daniel and his family worry the house will be demolished. They have already survived eviction threats due to the TransOlímpica BRT line and endured the destruction by the City of the concrete bridge that covered the large stream separating the house and the main road. Recently, there has been concern about the TransRio project, a large road residents learned might pass through what is left of Vila União de Curicica. Daniel says the project would remove everything seven meters from the edge of the stream, which would leave almost nothing left of his home if completed. Community members say they weren’t shown the plans for the project. The community of Vila União, as well as other Rio communities like Vila Autódromo, were given legal right to ownership during the administration of Rio de Janeiro state governor Leonel Brizola during the 1990s.

If not the TransRio project, the general construction activity in the area, accompanied by a lack of transparent communication and frequent changes in proposed plans, keeps Daniel worried. In anticipation of possible eviction, the family has already moved the machines from their small shop to a more secure location and ceased production.

“It took 20 years to reach this point and now I have to change things after the factory moved to a different location. I have to turn that room back into a space that I can rent. However, I also have no energy to do anything because of the possibility of getting removed.

“I feel cornered, dependent and humiliated. They have done everything bad they can to destroy our life. This was never an area of risk. Vila União was always a calm place, it didn’t have robbery, it didn’t have crime, and you weren’t frightened to walk on the street because it was well lit.” 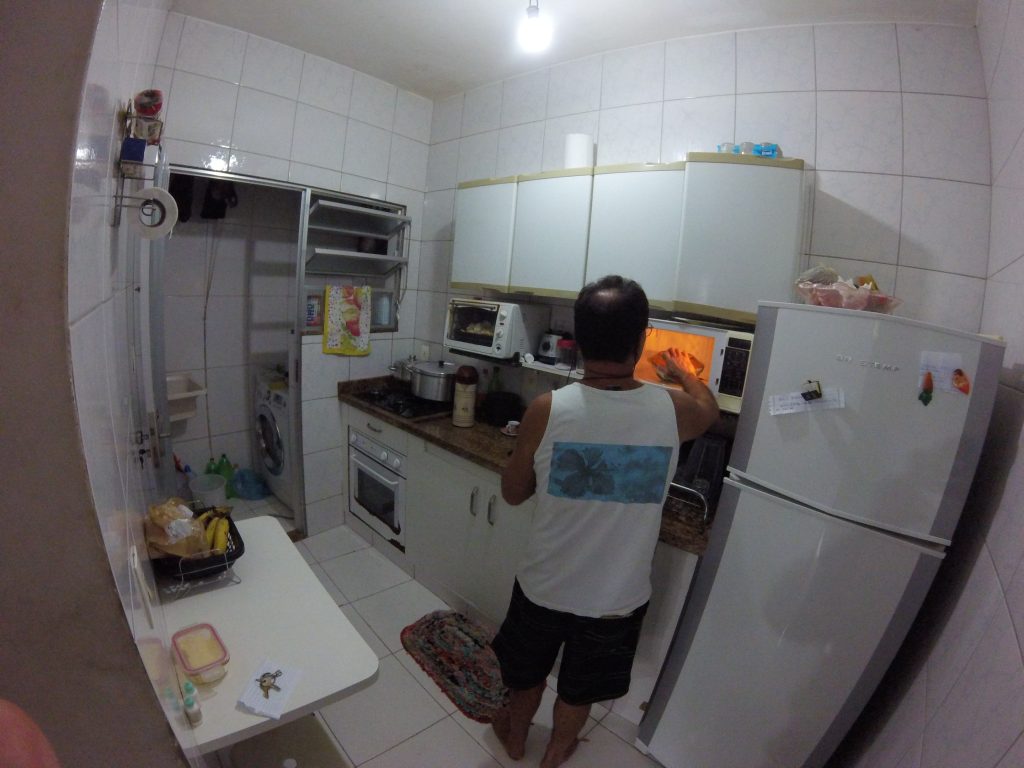 The home that lines the small stream in the Curicica neighborhood is filled with memories for the Campos family.

“My daughter’s wedding happened here. My grandson was born here. He was born right here in the house. My granddaughter also graduated here. Everything started here… The greatest pleasure I have is my family. My family gives me the support I need.”

The risk of removal and the destruction of the house looms over the daily life of Daniel and his family.

“And now when we are thinking of evolving the house a little more it is the same time when they are trying to destroy my life, to end everything. Now at 61 years old I have to start from zero: without work, without health, without anything.”

The Campos family home represents more than the cost of the bricks, the size of the lot or the amount of money they were offered to leave as compensation.

“I am comfortable here. For me, I don’t have any big dreams of having a big house. For me, this is comfortable. I live in front of a bus stop, there is lots of commerce and businesses here, and my children studied right around here. I want to be left here.”