This is the third article in a three-part series profiling community-based initiatives in three favelas. Led by one or several local residents, these initiatives all share the objective of initiating a virtuous circle of economic, social and/or cultural development within the community.

Complexo da Maré is Rio de Janeiro’s largest favela complex, stretching out across 16 communities in the North Zone with approximately 140,000 residents. Although it is often featured in mainstream media reports on urban violence, it is home to a very diverse and dynamic civil society. One key actor in that dynamism is Maré Vive (Maré Lives), an informal community media collective which works to protect and empower residents of Maré through monitoring violence and documenting collective memory.

The birth of a collective

Maré Vive was born out of the 15-month-long military occupation of Maré beginning in April 2014, two months before the World Cup and continuing through June 2015. Three days prior to the occupation, a group of local residents involved in cultural activities—journalists, photographers, and designers—gathered in a community bar to discuss how to prevent anticipated military abuse. “In other favelas the military invasion was brutal, there were various human rights violations, so we in Maré were worried about what was going to happen here,” says Josinaldo Medeiros, a member of Maré Vive who prefers the phrase military “invasion” to military “occupation.”

The group decided to cover the entry of the army into the favela and to live broadcast photos and videos on a Facebook page created specifically for that purpose, “because Facebook is where the people who live in the favela are,” explains Maré Vive’s Naldinho Lourenço. The aim of the new media collective was to act as a watchdog on behalf of the community.

A week later, the Facebook page Maré Vive had already gathered 5,000 likes. Naldinho reflects: “At the beginning, Maré Vive wasn’t thought of as something permanent, it was conceived as a one-off thing. But when we created the page we had an avalanche of likes… Favela residents were asking for media coverage, so we kept going. We didn’t have any methodology, it was a very natural process.”

The collective also set up a WordPress site where it published a “Manifesto against the military occupation of the favelas of Maré, Rio de Janeiro, Brazil,” but this site was not maintained after the first few posts.

The Facebook page, however, only continued to grow. As of July 2016, the page counts some 67,000 likes. Along with other Maré residents, the collective has developed a methodology they call “high community protection,” which consists of informing residents of any shootings heard in the community. “We became a reference for the people. Before leaving their houses, residents access the Facebook page to see if there is an operation going on,” says Josinaldo.

Although the army has now left the favela, police operations are a regular occurrence and the collective plays an important role in tackling police violence. Josinaldo says: “We became a barrier for [the army and the police] because before, they could do whatever they wanted.” He explains the platform informed residents of their rights and how they could denounce cases of police violence. “It was an important training process for residents of the community as well.”

In February 2015, following one death and several injuries of favela residents in police shootings, the collective organized a massive protest against police violence along Avenida Brasil. “It was a totally independent protest without any institutional banner. It was organized with the people, organically, as an act in favor of life,” explains Josinaldo. 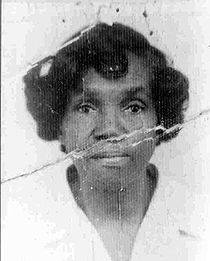 Additionally, Maré Vive also emphasizes and sustains collective memory by posting data and videos related to the community’s history, and helping people search for information on their genealogy. According to Josinaldo, this work is also greatly supported by residents of the complex: “We realized our posts also mobilized [interest in] the favelas. People who didn’t know the community’s history wanted to know how it was before.”

Maré Vive now consists of five active members, most of them long-term residents of Maré. Aged between 25 and 40, they all share a background in cultural production and media activism, partly influenced and inspired by NGO or civil society projects such as Cinemaneiro or 5x favela which have worked to amplify the voices of favela residents through audiovisual production. Josinaldo explains: “In the 90s, the beginning of the 2000s, there was a strong will to decentralize culture and power to the periphery, to democratize things. And we were trained in that spirit.”

According to Naldinho, the members of Maré Vive are also representative of a generation that benefited from the democratization of media production through the Internet: “When digital media was starting to arrive in the periphery it was something new for us because, until then, we didn’t produce information, we only received it.”

The collective is managed voluntarily by its members in their free time, each of them bringing their own skills and knowledge to the group. Its members attach a great importance to the independence and the informality of Maré Vive, which has no official registration and does not receive any money. According to Wagner Novaes, another member of the collective, its informal character gives it more flexibility and enables it to stay close to the people, working as a social movement rather than an institution.

Josinaldo says: “We wanted to be something created by the favela and for the favela, totally independent. We want to give voice to the people, to those who aren’t listened to, with no intermediaries. This is what gives us legitimacy.” Naldinho adds: “Many people think that favela residents are ignorant, that they don’t have political opinions or that they are extremely conservative, but these are all lies. What is missing is information and attention. If you teach residents to speak for themselves, they will want to speak.”

The financial independence of Maré Vive also guarantees its members’ freedom of speech and enables them to maintain a firm political line, which Josinaldo says is part of why the movement has been so popular. “Our political line has given us a lot of power. People believe us because what we say is clear, transparent. But it has also been the cause of a lot of mistrust and animosity, especially coming from institutions.”

The movement’s members even received death threats from the police in its early stages. The most critical moment in Maré Vive’s short history was when its Facebook page was cloned by people who clearly wanted to bring it to an end. Josinaldo recounts that the fake page started posting pictures of drug traffickers to create confusion around Maré Vive’s real identity and purpose: “It started creating confusion because people tried to reach our Facebook page but landed on theirs because it was exactly the same, it was a clone. And at that point some of the residents started to turn their backs on us. This caused us a lot of damage.”

Fortunately members of Maré Vive were able to reach out to journalists outside the favela who helped them reestablish the genuine page. The collective maintains strong ties with journalists and activists outside the community, which gives it visibility and makes it more resilient to threats.

When asked about the future of Maré Vive, Josinaldo says: “We don’t know where we want to go, but we know what way we want to get there. At the moment we are still fighting for our lives, but we would like to slowly come out of the watchdog mode and to focus more on collective memory, even participate in public policy making.” Indeed, some of the collective’s members are currently finalizing a film on the community’s old fishermen.

The collective would also like to have its own website in order to archive its content and meet the demands of Maré residents more efficiently. With an ever-growing Facebook following, the members of Maré Vive often feel overwhelmed and struggle to earn a living. They see their challenge in the years to come as finding the right balance between external income-generating activities and voluntary work within the collective.