On Saturday July 16, over 150 residents and volunteers gathered in Vila Laboriaux to celebrate the completion of the four week project to create a new public square in the community. Located at the forested peak of Rocinha on the edge of the Tijuca Forest, Vila Laboriaux is a community known for its environmental and self-organized initiatives. The construction of the new square is yet another example of the community’s creative solutions for repurposing public space.

In a series of four consecutive Saturdays beginning June 25, residents and collaborators cleared, planted, painted, and built benches and play structures for the new space. Using recycled materials such as wooden pallets and old tires, participants built benches, tables and platforms. Old tires were used to improve the already existing urban gardening area and acted as flowerpots or staircases. They attached the tires to a low wall to be used as a climbing structure for children. Old donated fridges were painted and are going to be used as a public library.

The weekly Facebook events stated the mission of the project: “Our challenge: to begin a transformation of the space through the collective construction of a square on four Saturdays.” Although the initial idea was a temporally limited action, the organizers imagine continuing initiatives like this.

Last Saturday’s event focused on painting the area and celebrating the achievements of the collective action. With the help of local artist Wark and friends, the neighboring walls were covered with graffiti art and bright colors. 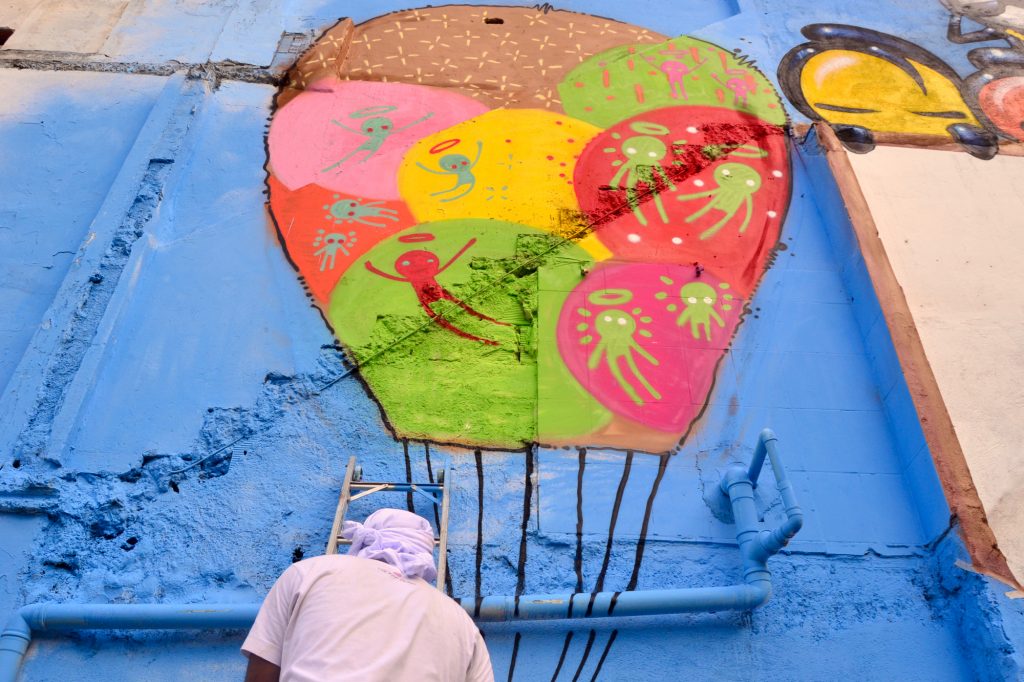 On each of the work days, residents set up a used clothing sale, another means of contributing to a cycle of responsible recycling. A barbecue and music have accompanied these festive and productive afternoons.

The event was hosted in collaboration between the Vila Laborioux Neighborhood Association, Favela Verde, Caminhos do Lagarto, International Center for Studies and Research on Childhood (Ciespi), Atados Rio, and sponsored by Airbnb.

The site of the current square was originally occupied by private housing ruled to be in an area of risk. After the space was cleared and the houses removed, the empty lot had been a public space used for community projects such as the CineClub where residents host environmentally-themed outdoor movie nights on Sundays. Next to the area is a community garden started earlier this year. The CineClub and the garden marked the beginning of this community action to create an integrated and multi-use square with open-air cinema, urban gardening, playground, a public library and a public space for events. 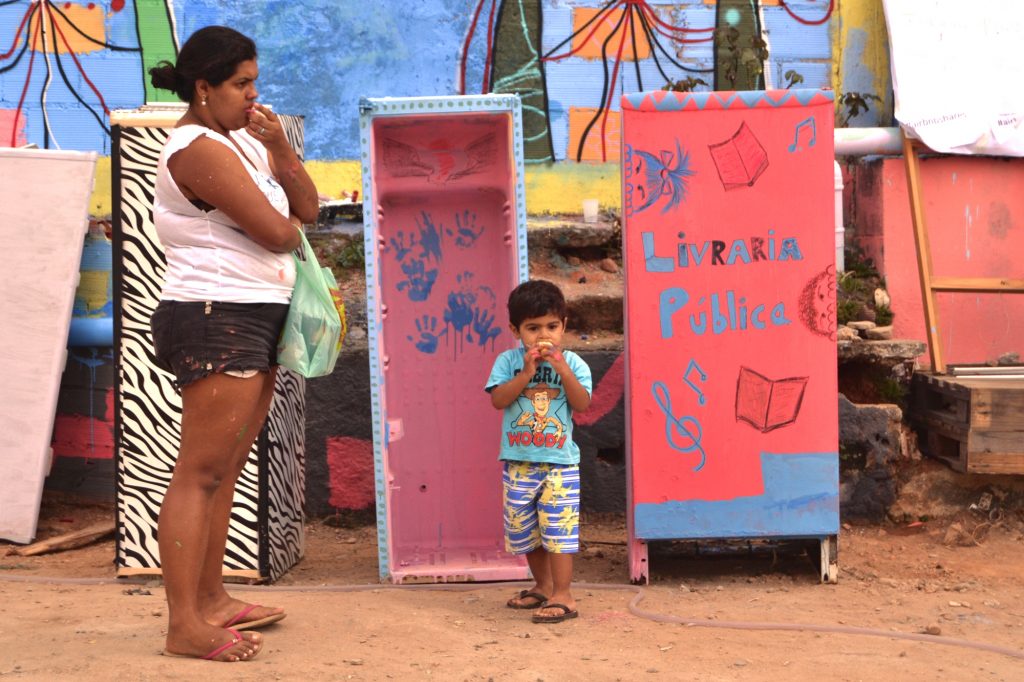 “The idea is to have a public space in an incredible location in Rio in general. There are few spaces here like this. The idea is to make a garden, a square for the kids and everyone to enjoy,” says Toni Ferrari, organizer with Favela Verde.

The square is just one more example of the successful initiatives within Vila Laborioux through which residents organize to improve their environment. The community has completed similar collective action projects within the last year to transform another underutilized space into an edible garden that now serves as a resource for environmental education at the local school. In addition, community-based ecotourism is another project that has seen recent progress in the community.

Many people are hopeful about what the new public space will offer the community. “I’d like to see people happier and more interested. This project is nothing more than an incentive, a hope that life can be better,” says Laboriaux resident Rafaela Lemes.

In the case of the square, Vila Laboriaux once more used creativity and the favela tradition of a mutirão, or collective action, to demonstrate the value of repurposing public space for community enjoyment.