For the original article in Portuguese by Marcelo Manzatti published in Famaliá click here.

Economic and social inequality in Brazil continues in free fall and this trend, according to the study “Back to the Country of the Future” (De Volta para o País do Futuro) released today by the Center for Social Policies at the Getúlio Vargas Foundation (FGV) is likely to continue in the coming years.

The country follows an inverse trend in relation to China, India and Europe, which have all suffered from serious economic crisis since last year. “Brazil has reduced its inequality over the past 11 years in a notable way,” affirmed economist Marcelo Néri, coordinator of the study who considers investment in education to have been one of the most important contributing factors. 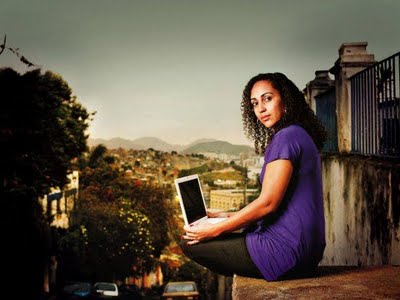 According to the study, the decline in Brazil’s inequality is occurring at a rate three times higher than the UN Millennium Development Goals to reduce poverty in 25 years. Moreover, the average income per capita in Brazil has grown 2.7% since 2002. “They were betting the decline in inequality would eventually stop, but it has continued.” The factor that demonstrates this is the growth of class C, which should include about 60% of the population in 2014, totaling 118 million people, compared to 2003 when class C accounted for only 65.8 million people.

According to the study, this new class C is more sustainable and has fewer than 2 children per family on average. According to the publication, in the 1960s class C families averaged more than 6 children. Today class C is more concerned with the education of these children and attaining formal employment. The study also highlights that growth in the Northeast, about 42% between 2003 to 2011, has been crucial for the country as a whole. “In the Northeast there is a huge population ready to make the leap from the D to C class,” says the economist, who compares this with the Southeast, which during the same period increased by only 16%.

From 2003 to 2011, 40 million people in Brazil migrated out of the D and E class into the C class. “It’s almost the population of Spain,” says Neri. For the researcher, this new C class, which should reach 118 million people in 2014, has been decisive in elections. It also marks differences in the consumer market. “It was this class that decided the outcome of the last presidential election, and that will be drawing attention of politicians from now on. And this class has a higher purchasing power than the A and B classes,” he affirms.

Nevertheless, it is still the A and B classes which are set to grow the most between 2011 and 2014, about 30%, while the C class is expected to grow about 11%. In 20 years, the richest population of Brazil grew three times over, while the population belonging to the D and E classes fell by almost 50%. “But unfortunately, poverty will continue to exist,”warns Neri.

Even with all this good news, Brazil is still one of the countries with the highest rates of inequality in the world. According to the study, this high inequality permits a continued decline over the next years. The worldwide trend in inequality, according to Marcelo Neri, is to explode, as with China, India and South Africa. “Brazil is proving that it is well, even in the midst of turmoil, and that Brazilians have learned to adapt in times of crisis,” declares Marcelo Neri, referring to the European crisis of 2011, which, according to his research, did not affect Brazil.