Despite months of doomsday publicity in international media outlets about the Rio Olympics, tourists from around the world have flocked to Rio in the last few weeks for the 2016 Summer Games.

RioOnWatch visited Copacabana beach, near the site of the Olympic beach volleyball arena, to talk to Olympics fans and tourists from a variety of countries about their perceptions of Rio’s favelas. Visitors gave a range of views on these communities, showing the influences of international media and received perspectives of favelas from abroad. 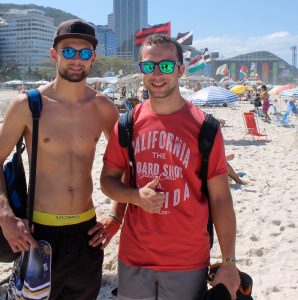 “I think favelas are up on the hills, people there don’t have much money. I know it’s a big problem here in Rio. People think they’re violent, they say ‘don’t go to a favela.’” Ben, 20, and Paul, 21, Germany

“I know that favelas are a part of Rio, and they’re usually poor. I don’t think I would go there. To me, the most important thing is how to spend a lot of money here in Rio. The question is, should you spend so much money on the Olympics instead of helping people in favelas? I hope the Olympics are bringing something good for the people here, too. I don’t know if they are, but I hope so.” Oberle, 62, Holland,
father of Olympic athlete 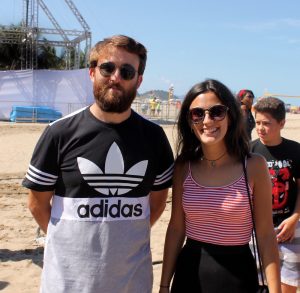 “What we’ve heard is mixed. I work with three Brazilians, and for them it’s a totally different perception, favelas are the most culturally vibrant part of the city. Back in England, there’s this idea that everything in Brazil is terrible, but I think we have a different idea because I have insider information. If you were to believe the news in England, it’s like ‘don’t go there, you’ll get robbed and die’ but that’s not at all what it’s really like here. I think the favelas are like the slums in Mumbai–we’ve been to Mumbai, and that had quite a negative portrayal in the media, but the slums there have some of the happiest people in the world.” Matt, 28, and Laura, 25, UK

“I think I’ve seen a favela, maybe near Lapa? I think they’re for poor people, they’re dangerous. I haven’t been to one, and I don’t think I would go.” Werner, 47, Austria 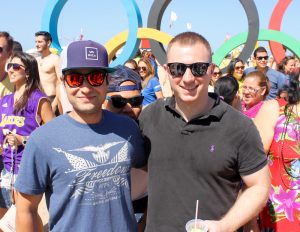 “Favelas are equivalent to like what we would call a ghetto in the United States. They’re not safe, they’re poor communities. I wanted to do a tour, because it’s obviously not what everyone says it is. I do want to visit a favela, I think it would be really interesting.” Juan, 28 and Sam, 28, USA

“A favela is kind of like a slum, a poor neighborhood. I’ve seen mixed reviews: some people say it’s totally dangerous, you don’t want to go there, stay away. But I’ve also read blogs by other travelers who have had a different experience. They say they’re really interesting communities, some of them have even stayed there, so that’s like a different perspective.” Jessica, 23, Canada

“We’ve seen some favelas, I think, when we’ve gone through on the metro. You see them going up to the stadium, and walking through the tunnels here. I think during the day it’s okay but you wouldn’t want to go through there at night. I’ve heard in some of them there’s no police presence. I think there’s going to be a positive impact for people from the Olympics, but maybe people don’t see that right now. But people are coming here, spending lots of money, there’s so much money coming into the city. We wouldn’t have come down here if it weren’t for the Games, and other people like us, now they could come back in the future. I think it’s going to be a good thing for the city, but people can’t see it.” Steve, 51, Canada 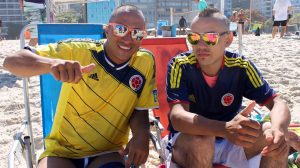 “We don’t see a lot about it on TV, even though there’s a lot of news coming from Brazil right now. We have the same types of communities in cities in Colombia, people living at the edge of the city, on the periphery. But I don’t think it’s just like that, the bad image. I think favelas are places that have poor, humble people, without resources, but good people, like everywhere else. They have them in Belo Horizonte, too, in São Paulo, in other cities. It’s not a problem of us or them, it’s just the division between different parts of the city.” Adrian and Luis, Colombia 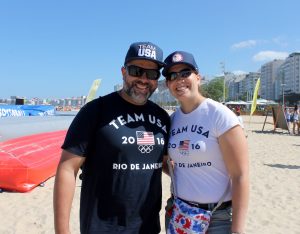 “A favela is poor, kind of like a ghetto, everyone lives clustered together. We have some friends from Brazil, and they told us, ‘don’t go there, you might get robbed, stay away,’ so we’re staying away. We’ve seen them from a distance. Let me tell you something about the news in the US: right now, everything is negative about Brazil. Supposedly everything here is terrible, there’s Zika, you’re going to get robbed, the water is going to make you sick, all that stuff. That’s not what it feels like here, and we know not all the negative things they show on TV are true.” Natalie, 31, and Manny, 33, USA

“It’s a place that’s different from other parts of the city, it has a different architecture. I think we understand because we also have favelas in Argentina; they’re not called favelas, we call them villas, and they’re not on hills, they’re just in other, certain parts of the city. But it’s nothing different, I don’t think they’re so different from the rest of the city. Here, I’ve heard there are famous people, Hollywood actors, who have houses in favelas. They say they’re dangerous but honestly, I think it would be interesting to visit. There’s lots of news about crime. I know some of them have been pacified, too–they have police and security based there that is involved with the community, people watch out for one another to make sure nobody gets robbed. I don’t know exactly how it works but I’ve heard that they’ve been pacified, so I think that means they’re safe. Do you know which favela would be the safest to visit?” Jimena and Michal, Argentina, Olympic volunteers in Rio