“You have never seen classical ballet like this…” reads the tagline for the Ballet Urbano Manguinhos (BUM) exhibition, a multi-location photo exhibit that launched on September 23 at Fundação Oswaldo Cruz (Fiocruz). The exhibition features snapshots of the dancers within their home community of Manguinhos, in Rio de Janeiro’s North Zone. The evocative images, captured by resident photographers Eric Cardoso and Ana Maria Silva, prompt viewers to question preconceived notions of classical ballet and the Manguinhos favela.

Ballet Manguinhos began fours ago as a social project conceived by Daiana Ferreira dos Santos de Oliveira. At the time, Ballet Manguinhos was just a twice weekly free ballet class that Oliveira taught in a church in Manguinhos. It has since grown into a co-ed dance troupe of 200 students, with two formal dance companies (youth company and children’s company), five professional teachers and 20 supporters and sponsors.

“We never would have thought that there could even be a [ballet project] this size in Manguinhos, because Manguinhos never had anything. If you were seeking news of Manguinhos, you would never see news of cultural work, you would only see issues of [drug] war, militia, and trafficking. But then, we are in a new time, Manguinhos is in a new time,” Oliveira said. 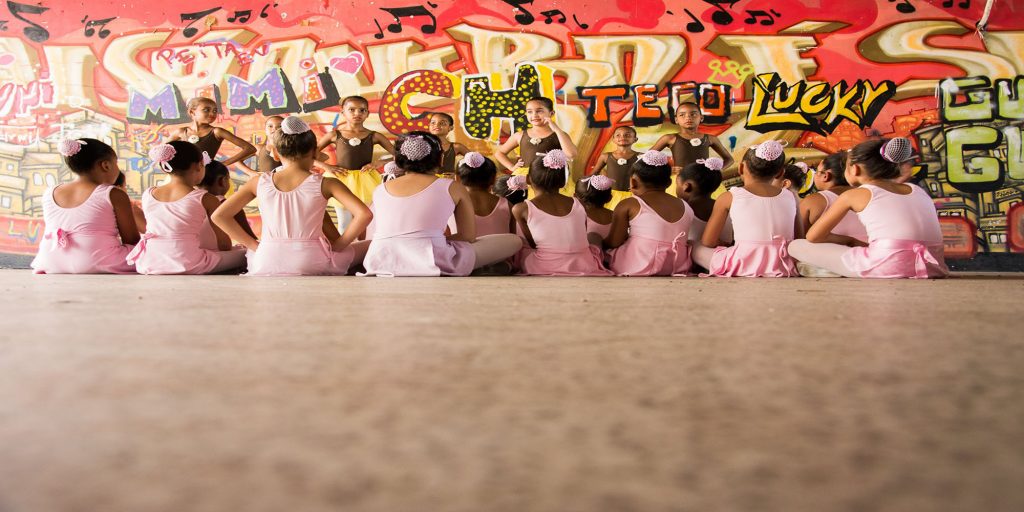 Ballet Manguinhos has come to be recognized not only for their success as a social project, but for the quality of their dancers who undergo a rigorous multi-disciplinary training in the Russian, or Vaganova method. In April 2016, Ballet Manguinhos became the first social project to perform at the Miguel Falabella Theater in the Norte Shopping mall.

Photographer Ana Maria Silva, who grew up in and around favelas in Rio de Janeiro, was instantly drawn to the project. She describes her first visit to Ballet Manguinhos as “love at first sight.”

“There is no need to go to the South Zone or to a tourist site to see something beautiful. The exhibition is about ownership of a territory that needs and deserves to be seen, deserves investment and deserves to be recognized. And to show what is already being produced in Manguinhos, which is a form of change through art,” said Silva. 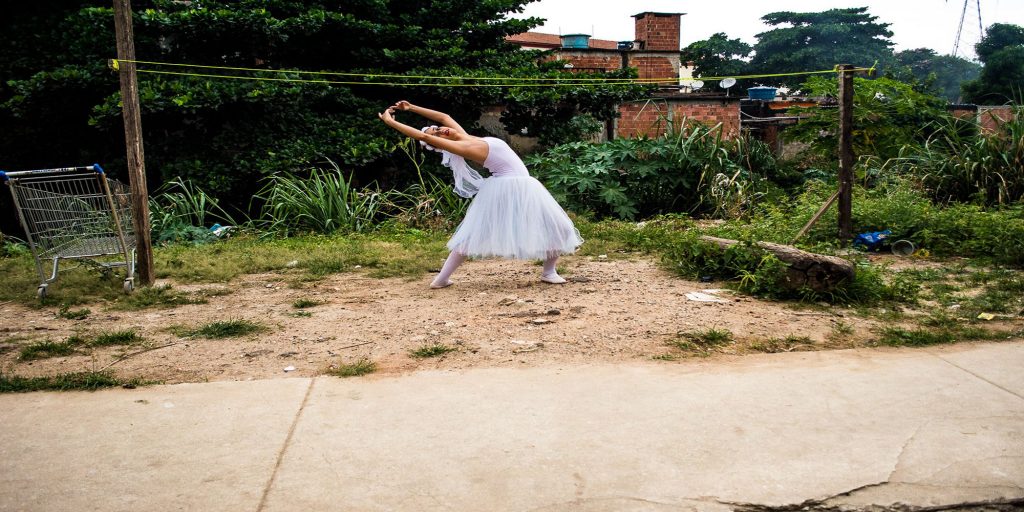 Over the past four years, Ballet Manguinhos has produced numerous success stories with dancers going on to professionalize at centers such as Centro de Dança Rio and others joining the Flamengo synchronized swim pre-team, who recruits actively from the dance group. For Oliveira, it is dancers’ individual changes, both physical and psychological, that show the biggest impact of the project. Chief among these is the dancers’ new found pride in calling Manguinhos home, documented with the hashtag #‎IssoAquiÉBalletManguinhos‬ (#ThisHereIsBalletManguinhos) which the group uses to spread a message of community empowerment.

The point, Oliveira says, is that Ballet Manguinhos is more than just dance. In August, the group launched Dançando e Lendo (Dancing and Reading), a literacy project that is the inspiration for this year’s annual dance spectacle. The same month, Ballet Manguinhos was recognized as a sustainable development initiative by the Rio+ Center. 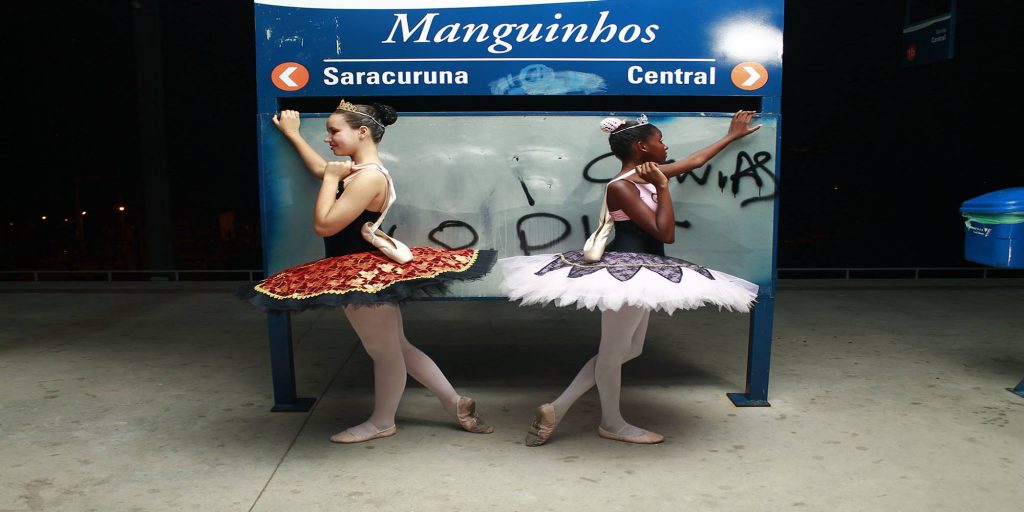 As the dancers prepare for their annual show in December, Oliveira says they need the community’s support. The group, which relies on donations and sponsorship, is currently struggling to provide pay for their five dance teachers, all of whom come from social projects themselves.

And after four years without stopping, Oliveira is determined to maintain the project: “So long as we have life, so long as we have the desire, we will continue. Mostly because the work has an effect.”

To learn more about the Ballet Urbano Manguinhos exhibition and view photos, visit the Facebook page. The exhibition will be showing next at the Biblioteca Parque de Manguinhos from November 18 to 26.

To make a contribution to Ballet Manguinhos, follow the link to their Kickante crowdfunding page.