The Paralympic Games were supposed to be a turning point for the estimated 45 million Brazilians with a physical disability, leaving “a legacy of accessibility,” as announced by the Brazilian Olympic Committee. But Valdir Mansur, a former wheelchair rugby player from Rocinha, is skeptical about the delivery of this promised–and much needed–legacy.

Not that long ago, Valdir Mansur, 37, dreamed of playing for Brazil in the Paralympic rugby team. Now he watches the Games on TV in his tiny apartment in Rocinha, Rio de Janeiro’s biggest favela, located in the South Zone of the city. He made it to the stadium to watch swimming, but only because his employer gave him tickets and–more importantly–took him there in a van. “To get to the Olympic Park by public transport would have been almost impossible for me,” he says.

Valdir works at the front desk of the Brazilian Institute for the Rights of People with Disabilities (IDBB), an NGO that supports disabled people in finding a job or battling in court for a wheelchair. To get there every day, he gets up at 6am, takes a moto-taxi down the hill and hops on a bus. “If the bus driver stops for me,” which is often not the case, says Valdir. But still, Valdir has been lucky. Although he has been paralyzed since birth due to a genetic disease, he manages to move on crutches. Otherwise it would be impossible to leave his house at all. 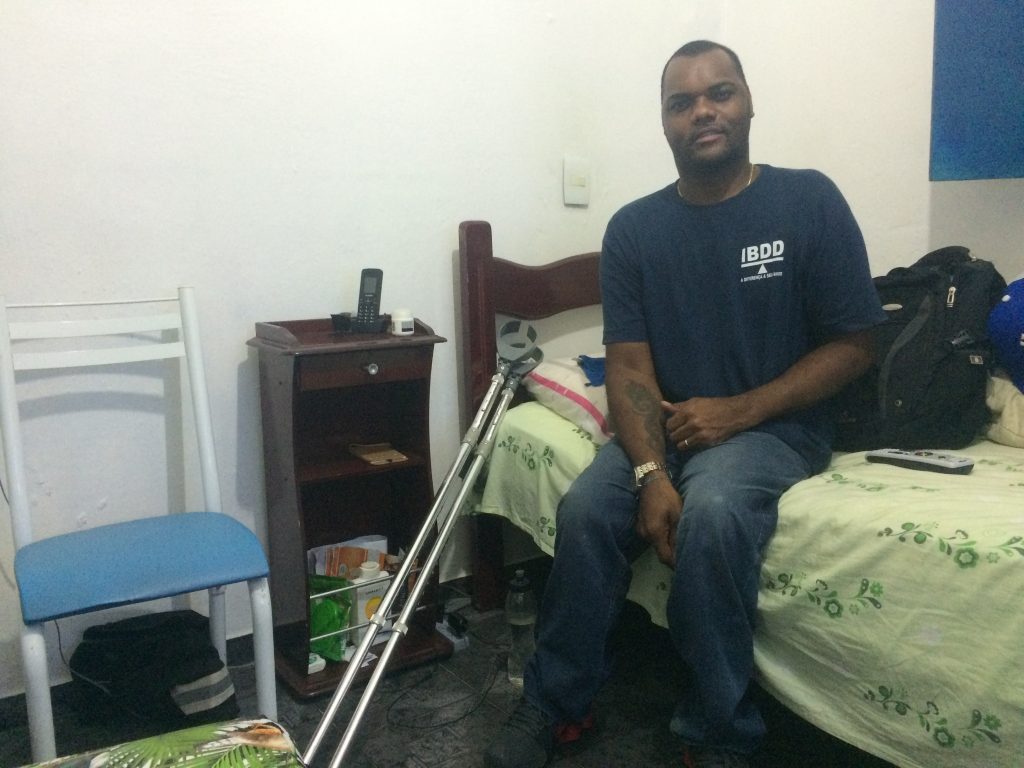 Every street and alley on the Rocinha hillside was built by residents themselves, and planning for accessibility was not the first thing on residents’ minds. In his first home, Valdir had to go up and down a ramp with an 80% gradient using his crutches. He did this every day, until he couldn’t do it anymore. At his current home, he still has to overcome some stairs and a narrow, dark path to get to his front door. Valdir doesn’t complain about it: “The disability does not stop me doing something. I am impaired, but I can come and go. Every day I am thankful for that.”

Many wheelchair-dependent favela residents find themselves trapped in their homes all day. For them, access to education, mobility, or health may be severely restricted. Rocinha’s primary public health center has a ramp which is too steep for a person in a wheelchair, Valdir says. Besides, there is no special treatment, and he doesn’t know of a single physical therapist in the favela. 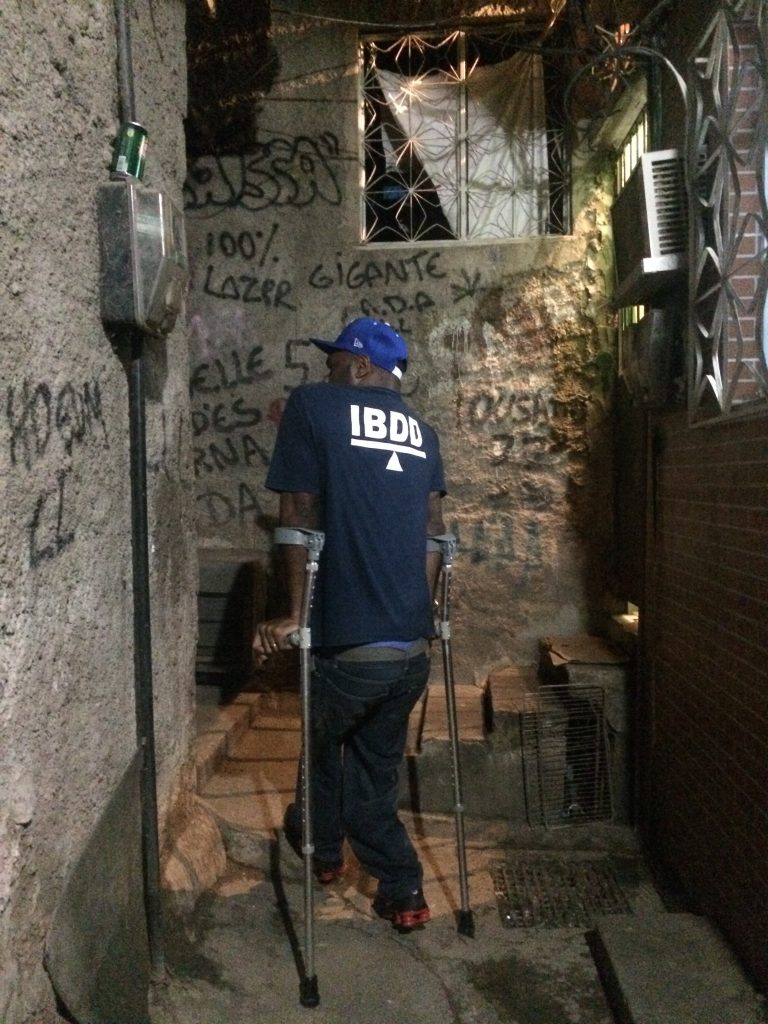 Legally, it shouldn’t be like that. Brazil was among the first to sign the United Nations Convention on the Rights of Persons with Disabilities, granting extensive rights of participation. The constitution designates Brazilian Sign Language as the official second language. Last year the Brazilian Law of Inclusion of People with Disabilities was passed. Large companies cannot discriminate against disabled people, public buildings and new apartment blocks have to be accessible, disabled children have the right to go to a normal school. But as with other public policies in Brazil, progressive legislation exists but there is a lack of effective implementation.

The Paralympic Games were supposed to change that. According to Andrew Parsons, Chief of the Brazilian Paralympic Committee (CPB): “The Games will be a catalyst of progress for the social inclusion of disabled people.” He went on to say: “New technologies for prostheses and wheelchairs, for example, appear first for the premiere athletes and will afterwards improve the daily life of disabled people in general.”

But for Valdir, even a common sports wheelchair was out of reach. When he played rugby, he needed a wheelchair from his club: “You had to get there first to get a good wheelchair. If you arrived too late, you would only get a very bad one.” He loved to do sports, not only rugby, but also basketball and swimming. But when Petrobras stopped funding the club, the team could no longer afford to rent the gym. Now there is only one wheelchair rugby club in the Rio region located in neighboring Niterói, which is far too far for Valdir to travel.

The lack of practical accessibility is one challenge. Another is the general perception of disabled people within society. The Paralympics were meant to change that as well. “People begin to re-evaluate their opinions,” said Parsons. “First of all, the Paralympic Games are about sport of the highest level, a spectacular show. But after that, it’s a chance for families to share with their children a unique experience that will help break down barriers. The educational effect will be extraordinary.”

Valdir is not so sure about that. As a Brazilian and even more as a Carioca, he was very excited that the city was hosting these events, but he doesn’t expect any improvements afterwards. “Everything that was done in Rio is just make-up,” he says, although he hopes as well that “one day all over Brazil people will look at disabled persons in a different way.”

This is something he actually likes about living in Rocinha: “People within the community treat you much better. They are all like friends and brothers. If you need anything, someone will help you. There is always someone who carries my bags when I go to the supermarket.” In this way, perhaps the community spirit and solidarity of the favela is a lesson in inclusion for Brazil and Rio as a whole.

This article was written by Lisa Hollenbach, and published on September 17, 2016.
in #ParticipationWatch, #Rio2016, *Highlight, by International Observers, Interviews & Profiles, Policies