On Sunday, September 25, the Vila Autódromo community organized yet another occupation event entitled Ocupa Vila Autódromo celebrating resistance, memory and hope. Located on the edge of the Olympic Park in Barra da Tijuca in the West Zone of Rio de Janeiro, the community endured forced evictions and the city’s demolition of their homes in the years leading up to the 2016 Summer Olympics. The community’s battle of resistance was long and arduous, and resulted in the displacement of nearly 700 families. However, with tenacious and persistent protest, 20 families were able to remain on the original site, now residing in government-constructed homes.

Throughout this process the community and its supporters have regularly organized “occupy” events to provide a space of resistance and healing in the face of repeated trauma. The community gatherings now bring together the 20 families who still reside at Vila Autódromo as well as the families who were displaced. Various supporters of Vila Autódromo who have resisted alongside residents throughout the years attended the event as well.

Indeed, Vila Autódromo’s network of solidarity is far reaching, and includes professors and students from various universities in Rio, partnerships with other communities experiencing forced evictions, alternative media sources in Brazil and international journalists, indigenous communities, and various cultural organizations that have provided live music to the community in the darkest of times, or workshops on photography and painting, or even classes in stilt walking.

The strength of this network of solidarity was palpable at Sunday’s event: “Every visit from our supporters feels like we are receiving a gift from God,” explains Maria da Penha, resident of Vila Autódromo who has played a significant leadership role in community organizing and resistance. “The supporters suffered with us, they were at our side in the worst moments. What we have is more than supporters, we have friends…Today you see many supporters wearing the t-shirt ‘I am Vila Autódromo.’ Vila Autódromo is theirs too, Vila Autódromo belongs to all of us.”

The first cultural occupation took place in August 2015 and a second in December that year. The idea came out of dialogue between residents of Vila Autódromo and outside supporters who had been accompanying the resistance for several years. The aims of these events are manifold: they first began as an act of protest against the city’s removal of the community, and to provide visibility to the movement, but evolved to become a space of healing, celebration and community building. “Everyone would chip in and bring snacks, drinks, or invite a band they knew… For every 20 residents who would come there would be 100 supporters. We missed our neighbors [who were displaced], we had the pressure from the City, but together with supporters we achieved this event and we would dance and sing,” explained Maria da Penha.

In addition to these events, the relationship between residents and supporters has also given birth to the Evictions Museum, an outdoor museum exhibit within the community that documents Vila Autódromo’s history and identity. Diana Bogado, architect and professor at the Anhanguera University in Niterói and one of the co-founders of the museum, explains that “the museum serves as a denouncement of removals, and as a nucleus of resistance for other communities facing similar threats…We hope to show that the fight for housing rights is worthwhile, and that Vila Autódromo can serve as an example.” 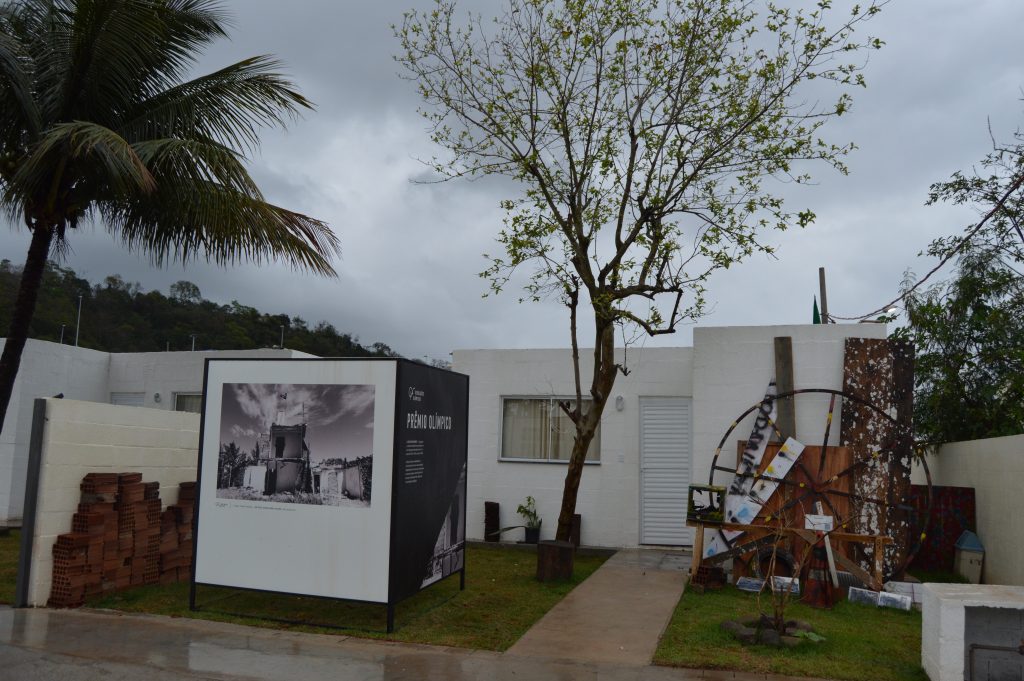 Despite the constant rainfall on Sunday, the festivities commenced early in the morning with mass at the community church, followed by Maria da Penha’s home-cooked feijoada, or traditional bean stew, and barbeque. Children and older generations celebrated together to music. In the evening, there was a screening of the newly released film Olympia, which looks at corruption in Rio and the impact of the Olympic Games on marginalized communities, and includes testimony and footage of residents from Vila Autódromo.

Community resident Claudio Silva, husband of Maria da Penha, concluded the event by reciting a poem he wrote about the story of Vila Autódromo, moving many people in the room to tears. In the following excerpt, Claudio pays homage to the partnership and solidarity between residents and supporters:

“Our community has generated a great resistance,
Through persistence we achieved great influence.
With God’s help we attained distant flights,
Thanks to our supporters and our constant fight.
We could say that this marriage was perfect,
A relationship of sincerity and respect.
Each one doing what he could within his limitations.
Everyone was important throughout the process of evictions.
When all hope seemed lost the community resurged,
We lost many battles, but the war persisted.”

The night ended with a warm, collective embrace, with many voices crying out in unison “Viva Vila Autódromo!”