The latest addition to a series of offbeat city guides by Jonglez Publishing, Secret Rio by Manoel de Almeida e Silva, Marcio Roiter and Thomas Jonglez offers a quirky and thorough look at many of the hidden gems to be found in Rio de Janeiro. 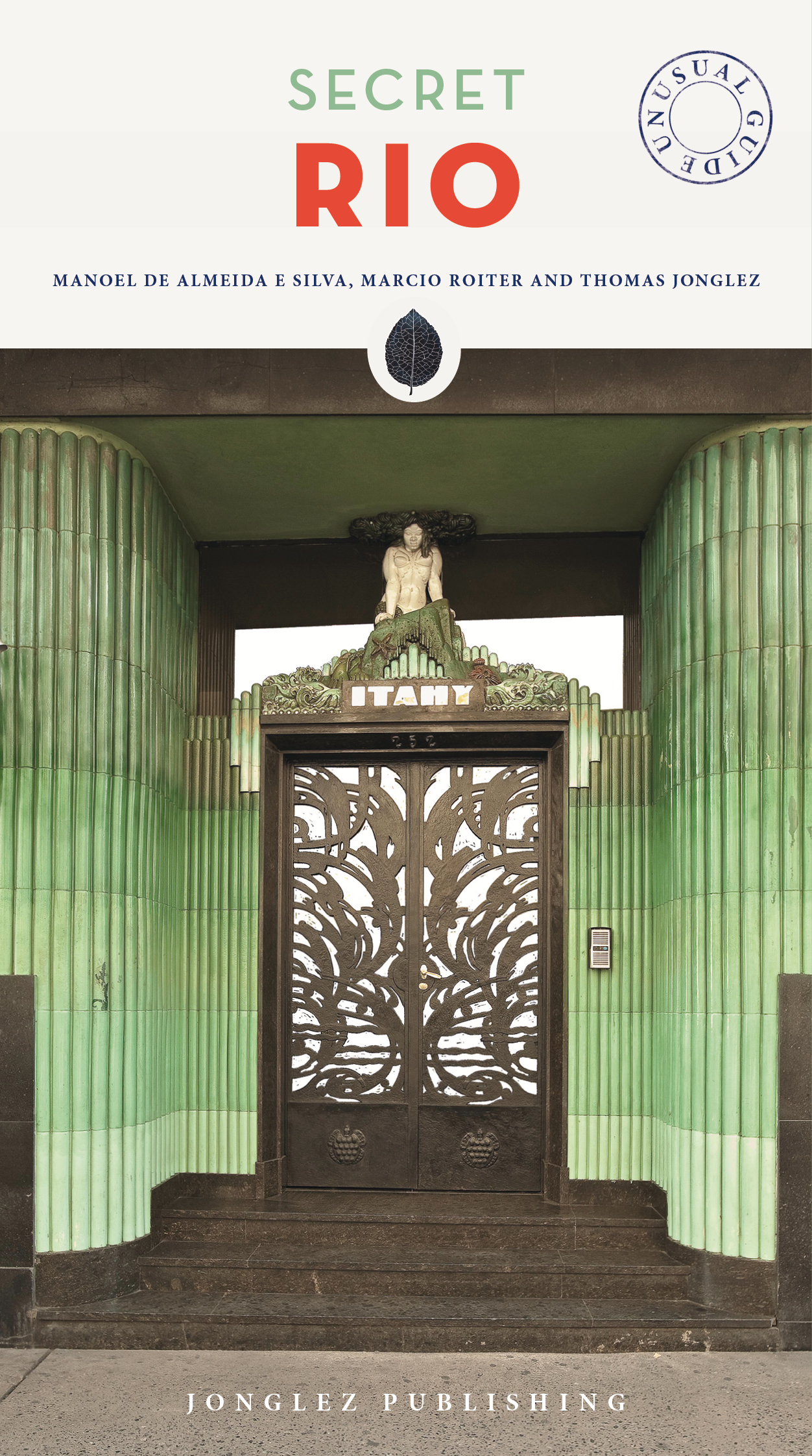 The casual tourist seeking information about Rio’s most famous sites–Sugar Loaf Mountain, Christ the Redeemer and Copacabana Beach–should look elsewhere, as they are not even mentioned. Instead, readers of Secret Rio are treated to a wealth of information about the city’s lesser-known attractions. From peculiar buildings to underrated museums to hidden trails and staircases, the book is an urban wanderer’s dream, offering historical explanations and narratives that enhance these often overlooked locales.

Written by a team of Rio natives, the guidebook is also unique in that it highlights sites in a few favelas rarely covered by mainstream English-language publications. For decades, favelas were left out of guidebooks altogether, aside from the occasional reference to a jeep tour amidst a general passage about the city’s violence, crime, inequality, or other timeworn trope.

More recently a few books have begun to include sections on select gentrifying favelas like Vidigal, but they usually recommend only visiting by guided tour. In Fodor’s 2016 Guide to Rio, a book whose cover boasts that it features “An 8-page special section on the summer Olympic Games!”, the word “favela” does not even appear in the index.

More problematic still is the fact that in many guidebooks, the vast North and West Zones of the city that are home to the majority of its population and could potentially benefit from tourism are left out altogether. For example the Fodor’s guide features many maps of various neighborhoods in the South Zone, but none north of Centro.

Secret Rio breaks down this barrier completely, devoting a full 45 pages to the North Zone and a similarly large section to the West Zone. Featured neighborhoods usually neglected by guidebooks include Santa Cruz, Guaratiba and Bangu in the West Zone and Tijuca, Méier and Irajá in the North Zone.

Here’s a quick look at a few of the favela attractions highlighted in the book:

The book profiles Project Morrinho, a mini-replica of the Pereira da Silva favela overlooking Laranjeiras which has been showcased around the world but remains unknown to many Cariocas.

Located in Santa Teresa, the Prazeres favela features dramatic street art in an area known as the Caminho do Grafite (Graffiti Pathway). Secret Rio provides some background information on the community and gives readers different options to book a locally-run tour.

Although Babilônia in the South Zone neighborhood of Leme had an early Pacifying Police Unit (UPP) presence and has seen outside investment in the form of hostels and ecotourism projects, few people know about the hike that exists above it, where local residents have reforested an Environmental Protection Area and maintain its trails.

The book highlights two locations in Complexo da Maré in the North Zone: the Galpão Bela Maré contemporary art and events space and the Museu da Maré, a community museum documenting the historical and present day struggles, culture and aspirations of the community’s residents.

In Manguinhos, also in the North Zone, the Museu da Vida, a free science museum for kids, is recommended, as well as a tour of the Pavilhão Mourisco, a beautiful building and one of Brazil’s only neo-moorish monuments.

For first-time travelers looking for truly off-the-beaten track sites, Secret Rio offers an excellent selection of unique and oft-overlooked sites. For others who have spent considerable time in the Marvelous City, the book serves as a reminder that there is history around every corner and always more to explore.