This week marks the second annual Black July, following a series of events one year ago when Black Lives Matter activists visited with organizers in Rio de Janeiro. The series of events taking place this week all call attention to human rights violations, specifically violence against low-income, black residents of Rio de Janeiro’s favelas. Tuesday evening witnessed a historic protest remembering the 1993 Candelária massacre and organized by the Network of Communities and Movements Against Violence, a support and activist network for mothers and families who have lost loved ones to police violence. It was the occasion to reunite and unify a number of movements organized under the network, denounce the painful Candelária episode and stand up against the Military Police, racism and police violence in Rio de Janeiro’s favelas in general.

The Candelária massacre happened on the night of July 23, 1993 on the steps of the historic Candelária church in Rio de Janeiro’s downtown. Eight homeless youth were killed and dozens more injured by a group of nine men, several of whom were police officers. Three officers were convicted and given lengthy sentences; however, none of them actually served the sentence.

People and movements gathered on Tuesday at 5pm to remember this atrocity and chant all together, “never again.” Banners exhibiting names and pictures of murdered victims of the Military Police, and false dead bodies were displayed in front of the Candelária church. Gizele Martins, a Maré resident and activist from the Movimento das Favelas do Rio, presented Black July and explained the purpose of the gathering. Jose Luiz Faria, father of Little Maicon, a two-year old boy killed in 1996 by a stray bullet during a Military Police raid in his community, told his traumatic story, questioning the utility of these raids, describing the different systems put in place to “clean” various favelas (such as the Pacifying Police Units) and denouncing violence and injustice. He also criticized the Public Ministry, the “primary responsible organ for these events” according to him. Then Mônica Cunha, a member of the Network of Communities and Movements Against Violence and co-founder of Movimento Moleque, one of the movements in the Network, vividly denounced racism and said all these murders and violence are essentially a product of racism, nothing else, and have to stop. 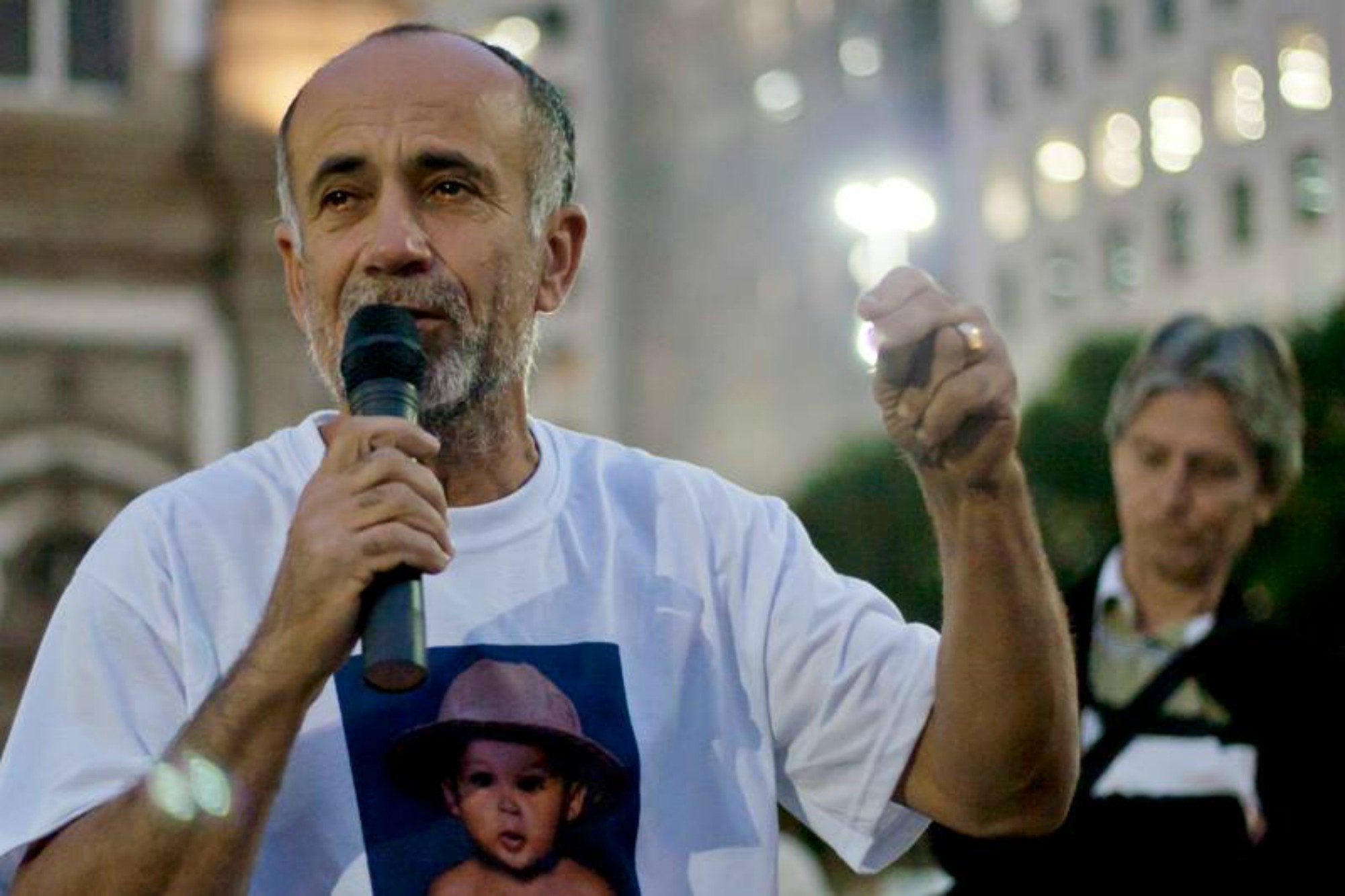 Then, the different movements came together and marched from Candelária Church to Central Station, carrying banners and false died bodies, singing and speaking through the megaphone. City government workers supervised the march. Slogans and songs included “It has to stop! I want the end of the Military Police,” “The next victim could be you,” “Candelária no more,” and “Stop racism and the genocide of black people.”

Fransérgio Goulart, historian and member of the Manguinhos Social Forum, read messages of support from Black Lives Matter activists in the United States, who participated in the the first edition of Black July in Rio de Janeiro last year. Once they arrived at the Central Station, there were more talks and the names, dates of death of murdered persons in Candelária and a range of favelas were listed with the assembled shouting “Present!” at each name. This was a highly emotional event: most people present had lost at least one family member due to police interventions in favelas.