This is the third article in a three-part series on the history of the Projeto Rio urban renewal program in Maré, from 1979 to 1981.

Aside from the protests, government weaknesses also contributed to Project Rio’s failure. From the beginning, the plan represented an enormously ambitious undertaking that the various levels of the Brazilian government were not entirely equipped to accomplish. The roundtable in June 1979 demonstrated that authorities were unfamiliar with the complex legal realities of the favela that they proposed to demolish. When Manoelino, Codefam’s president, asked the presidents of Fundrem (the Foundation for the Development of the Metropolitan Region) and Cehab (the state housing authority) about the fate of Nova Holanda, originally a government project now slated to fall under the auspices of the Project, the two men bumbled their answers, with one asking, “Well, is the situation good there? Living in wooden wagons?” Manoelino’s response that, as in other areas of Maré, residents there had long ago converted public housing units into favela architecture, showed the authorities that their information was hopelessly out of date. At the same meeting, government representatives obliquely admitted to being in over their heads in Maré when they requested Codefam’s help in stopping the construction of new palafitas in the complex. Over the following months, authorities came to recognize that residents’ associations had by far the most knowledge about the makeup and urban character of the favela. In December 1980, a press release revealed that city planning authorities had asked residents’ associations to turn in reports on the complex that would be used in planning the next stages of the project.

As residents were becoming increasingly prominent in carrying out what remained of Project Rio, the government was simultaneously disengaging from the work. A confident article announced in July 1979 that work on the project would begin in December, and that Project Rio would be unaffected by any government budget cuts. In November, though, the start date for the project was pushed back to “within 180 days” due to a lack of funds for the houses to be built on the aterro (land reclamation project). This first change in schedule was only the start in a long series of delays. In January 1980, the machine that DNOS was using to dredge the bottom of Guanabara Bay was out of order; in March 1981, DNOS was still engaged in the “first stage” of the project after fourteen months of work. Plodding progress forced the government agencies in charge of the project to downsize it dramatically in the midst of its completion. 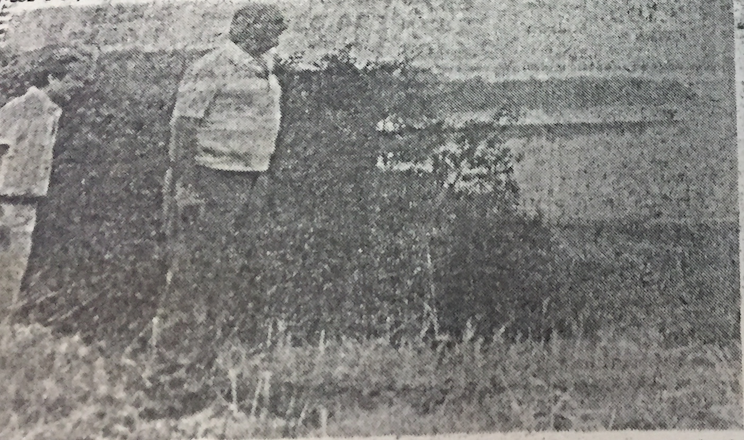 A lack of coordination between the different levels of the Brazilian government also effectively stalled momentum. In a visit to the site of the project—by then far behind schedule—in January 1980, Interior Minister Andreazza pointed out that “it is difficult to predict dates, because the work involves the federal, state, and municipal administrations, even though Project Rio is formally part of the Metropolitan Development Program of Rio.” General confusion over responsibility for the project—as well as a desire to hand off that responsibility when the work became a burden—pervaded the project’s rollout. In November 1979, the head of the municipal Fundrem declined to speak in specific terms about the project’s objectives and progress, directing questions to the federal DNOS. He did mention that while DNOS was responsible for completing the aterro, the state agency Cehab would take over building houses for Maré’s residents there. Just over a year later, however, in February 1981, the embattled DNOS concurred that its involvement in Project Rio was finished after the completion of the aterro, but that either the National Housing Bank (BNH) or Fundrem itself would be responsible for developing housing on the land.

Different agencies’ constant passing the buck sapped political will for the project. The economic crash of 1981-1982 also prevented funds from being allotted to the project at a moment when the authorities’ commitment to it was already dwindling. The city of Rio received a US$500,000 grant from the Inter-American Development Bank (IDB) for the project in March 1980, and Andreazza freed up more federal money for the project in February 1981, but by then even the architect of Project Rio recognized that the time had come to cut the government’s losses and grant property title to residents. Ultimately, Project Rio’s incorporation into the federal Promorar may have doomed it, saddling it with federal interference and bureaucracy that additional resources from Brasília could not counterbalance. Still, the project did succeed in Promorar’s stated goal of eliminating the palafitas, though that goal never matched up with Project Rio’s ambition of the total eradication of Maré. In the face of massive inefficiency and confusion, this small, technical federal victory came at the cost of a years-long headache for all three levels of government.

Another dimension of the breakdown of the government’s efforts was personal rather than bureaucratic. Some officials publicly questioned the project, the most prominent being Rio Mayor Israel Klabin, a progressive politician of Jewish heritage appointed to office by Governor Chagas Freitas in 1979. During his fifteen-month tenure, Klabin supported favela upgrading over removal, overseeing a UNICEF upgrading project in Rocinha. This project, carried out through the residents’ own efforts, struck a contrast with the top-down government-run work in Maré. Klabin was familiar with Maré: in April 1979 he visited the complex in order to implement a resident-maintained sanitation program that would serve as a model for the upgrading in Rocinha. While there, the mayor expressed shock and disappointment at the “filth and abandon” he saw, asking “How can it be that, after so many years and governments, treatment here has been given purely in bureaucratic form, sporadic, barely objective, and without compassion?”

Klabin carried a more humane approach for his time to Maré when debating Project Rio. At a meeting with Andreazza and Chagas Freitas in early June 1979, the mayor stated that “the upgrading and eradication of favelas” needed to be accompanied by “social planning, keeping in mind the consciousness of the favelado, so that he can come to aspire to better living conditions.” In another article published the same day, when asked to comment on the plan, Klabin responded, “as a citizen… I think the landfill project is incomplete, because I consider the social aspect of the project to be fundamental.” Klabin stepped down as Rio’s mayor in 1980 for reasons unrelated to Project Rio, but his lukewarm support for the project in the press even at its very beginning suggests a deep discomfort with favela removals as a policy. Klabin’s unwillingness to embrace the project also helped to explain why Andreazza, though a national government minister, was the official most frequently seen visiting the project site. Even before the fundamental flaws in the government’s plans became fully visible, one side of the project’s tripartite base of support was already wavering. 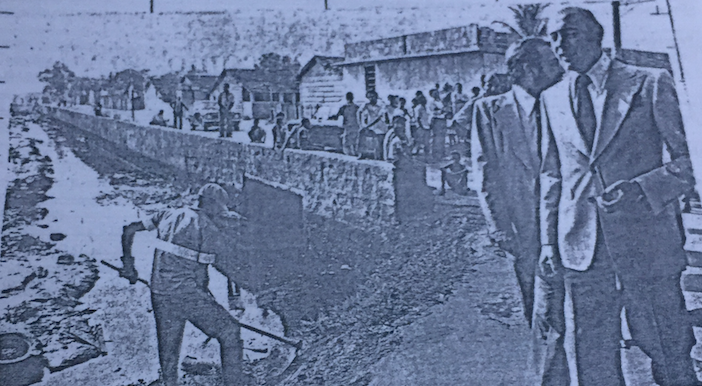 The support of figures from outside the favela, along with the government’s inefficiency and bad luck, assisted residents’ strong resistance efforts in slowing, stalling, and permanently modifying Project Rio. Opposition to the project—whether sincere like Niemeyer’s, self-serving like UFRJ’s, or internal like Klabin’s—had implications both within and without the favela. For Maré, the project represented a welcome break from the past. In 1979, the federal government attempted to assert its will on the favela in a way that had worked so many times at the height of the dictatorship, only to have residents vociferously oppose and eventually succeed in thwarting their plans. While it did succeed in forever altering the landscape of the complex, Project Rio also served as a showcase piece of favela resistance. In the city around the complex, meanwhile, the project became a rallying point around which non-residents could try out anti-government rhetoric as abertura was beginning in earnest.

These two processes fortuitously overlapped in 1979; in a moment of transition for Brazil, change at multiple levels of society awakened and converged, halting the completion of the project. The erstwhile alliance between residents and outsiders that prevented the eradication of Maré did not lead to the favela’s full integration into the formal city or end the marginalization of its residents: police brutality, poor infrastructure, and eviction threats still affect the community today, much as they did in 1979. Still, Project Rio demonstrates an instance when the complex warded off an enormous threat to its existence, cutting through swirling rhetoric and divergent agendas to make a powerful statement about the effectiveness of favela resistance in an increasingly democratic Brazil.

This is the third article in a three-part series on the history of the Projeto Rio urban renewal program in Maré, from 1979 to 1981.