Last Saturday, as a light rain fell over the city of Rio de Janeiro, the families living on Maracajás Road, Galeão on Ilha do Governador met to tell their stories and organize a resistance march. Their heartbreaking story is one of perseverance in spite of immense outside pressure; one that has become far too familiar in communities across Rio. On September 18, they were told by the Aeronáutica (a branch of the Air Force which has a base nearby) that they had 30 days to destroy the houses they built over decades and leave the land completely bare. With around two weeks left, they are organizing, united in an attempt to save all they have worked for. This article attempts to portray a fraction of their story and document the lives and physical spaces that are hanging in the balance.

The area in and around the military base contains a lot of fencing and concrete walls. When the base was constructed in 1945, neighborhoods were arbitrarily divided and houses destroyed. One community in the area, Rádio Sonda, is unsearchable on Google Maps because it was in fact cut off from the neighborhood it was once part of. Various land claims by the military have confused the legal statuses of different areas and are now the basis for highly questionable legal proceedings. In Rádio Sonda the remains of houses destroyed in 2015—one destroyed by the very person who built it—still sit in shambles with no further development or action on the part of the government that demanded their destruction. They serve as an eerie reminder of what can happen. 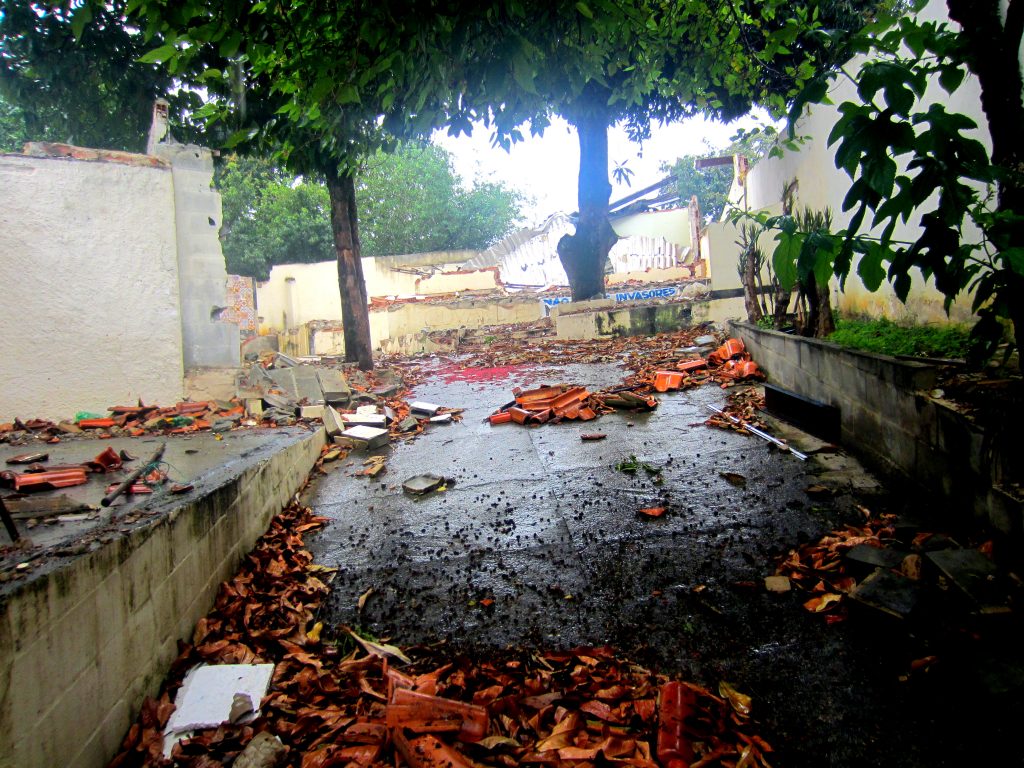 In fact, in 2015, the nearly 20 families of Maracajás Road were also told to leave. Thankfully, one resident noticed the military personnel messengers were presenting a fake document, so the soldiers left. The families were safe until right before Christmas in 2016, when this time there were more soldiers, more weapons. Intimidation is a common thread in their stories. Once again faulty documents delayed the case, but the military’s repossession claim was eventually approved by a judge in March of 2017. Now, after a short suspension, the eviction order is back on the table. Days are counting down. Families that have lived in the area for decades, long before the military base existed, are now faced with the decision to personally disassemble the lives they have created or stick together and resist. In the face of government pressure and military intimidation, they have chosen the latter.

“Families end because of this. It is really unjust that the government says that it’s their land when it is the people’s land. The government thinks it has a legitimacy that is not very legitimate. The people built, gave their lives, for these homes. You can even see that they are not completely finished because these families are really humble. They don’t have anywhere else to go, no way to rent another place,” said a leader of the resistance, Anderson dos Santos Pereira, whose parents live in the area in question.

The houses are beautiful and the progress residents have made slowly over time is visible in the construction. Many of the families have been in the area for three or four generations. There are sons, daughters, mothers, fathers, and grandparents, 18 to 93 years old. “My husband is 53 years old, he was born here. My daughters were born here. It’s already the third generation; we have made our lives here. The father of my mother-in-law even helped build the first bridge to the island. It’s been many years of struggle, of living, all of us here,” reflected Dea Maria Silva. 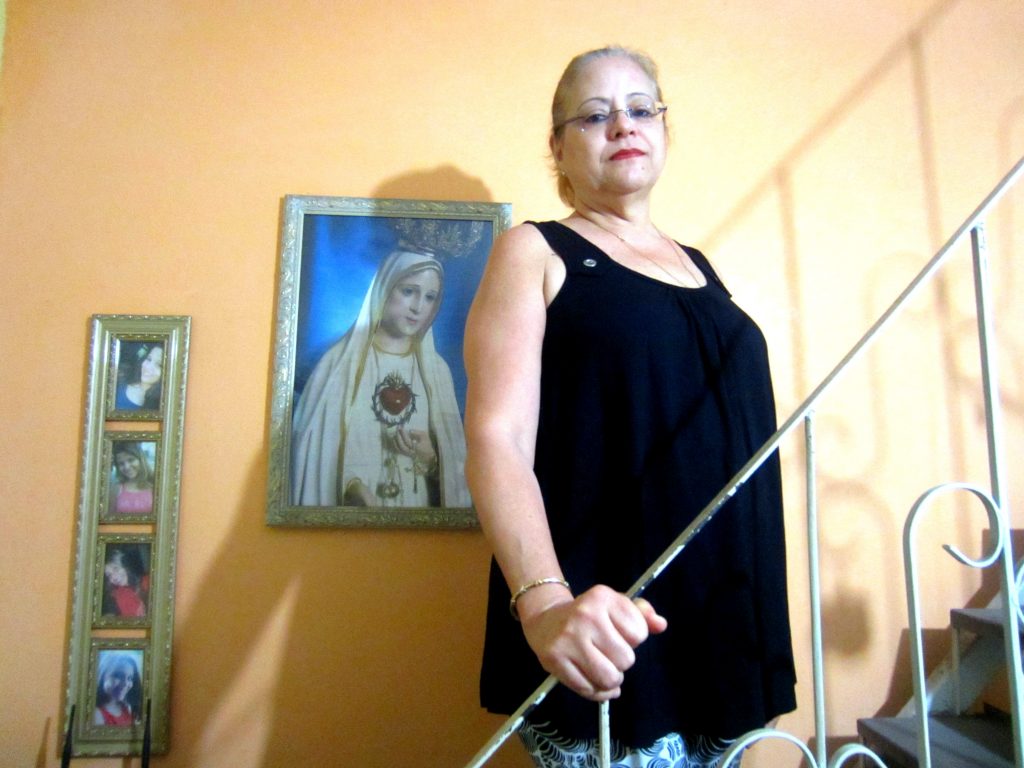 Legally, the eviction process is on shaky ground. In 2015, right around the time the military began their quest to evict the residents, the government finally gave addresses to the neighborhood. Before that, only the airport had an official address. In doing so, however, the government lumped the entire area together into lots with addresses linked to the military, ignoring the fact that there are non-military lands scattered throughout.

Without land titles, the resistance has been tough. However, it is clear that there are laws that support the residents’ case to remain. Clauses 22-25 of Article 5 of the Constitution state that the benefits and disadvantages of urbanization should be distributed in a fair way and that urban policy must promote public interest. Laws allow for the government to take land for “public necessity” or social interest but only if a fair amount of money is given in return. Residents noted that they have not been offered any compensation for their land, and that in reality, plans for the land may not be for public use at all. They have heard rumors that private hospital Rede D’Or has expressed interest in the land, which would mean private interests are using public organs to intimidate and evict residents that have a right not only to their land but to fair and open due process.

“I don’t think it’s fair to kick out the people who are older than 70 or 80 years old here, just to give [the land] to a private company. It’s not for the government. It’s not for their use,” Dea stated.

Rio de Janeiro’s Organic Law, passed in 1990, offers more grounds to support the residents. Article 12 states that children and the elderly should be provided with the right to housing, food, dignity, family, and a community life. Most notably, however, is Article 429, which states that favela residents cannot be legally removed unless there is a direct physical risk. Even in the case of direct physical risk, the residents are guaranteed technical help in negotiations and full participation from interested parties. There is no proof that the residents of Maracajás live in or create an area of risk, and any help or open communication has quite simply been denied to them.

“We have already lived here for many years. My mother lived here. We are sad to lose things after such sacrifice. There are a lot of elderly here. It just doesn’t work. Where will we go? Tell me that. Live under the bridge? It’s not fair,” lamented Ana Maria Albano Abraão.

Residents also expressed that throughout the decades, their families were given verbal and written permission to live in their houses, including signed affidavits allowing for electricity to be put in the houses. “My father worked for the military. He talked with the government and got a house here in Galeão. We were raised here. We didn’t invade, it was permitted. They have never called us to talk. Why do we have to leave? Almost everyone was born here,” Teresinha Parecida Nascimento added. 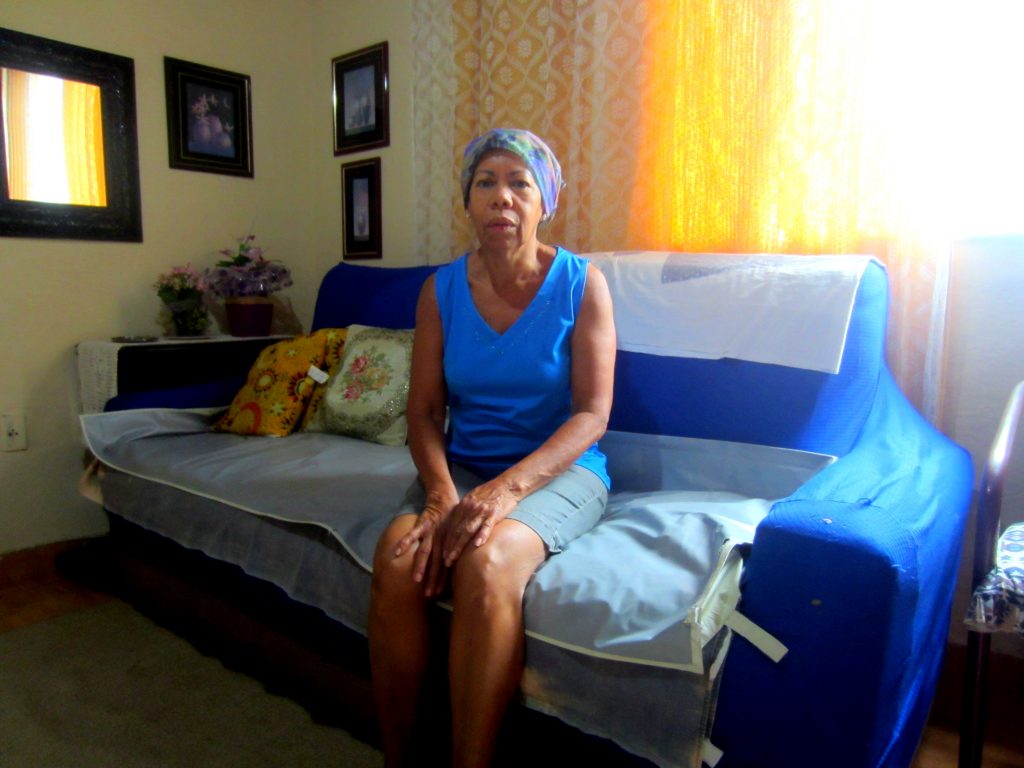 Putting the puzzle pieces together, this story serves as a dangerous example of what the city government and military are willing to do for private interests. Residents have not been properly informed of the process. Their complaints through the correct government channels have all been met with apathy, which is not only frustrating but likely illegal. As the city government unveils and publicizes its new Strategic Plan, the reality of the government’s attitude towards citizens’ rights is being seen in communities throughout the region. “The government has housing plans and strategies, rights to housing for people. The people have housing here and they want to kick them out of their houses. No one invaded. No one invaded anything,” reflected Edivalma Souza.

Constant government pressure and military intimidation have been stressful for the residents of Maracajás, many of whom are elderly, some sick. The behavior of government employees and organizations is not only unlawful but inhumane. The public officials responsible for this case must move in line with national, state, and city law; residents noted their hopes that the judge may drop the repossession order after Constitutional consideration. Until then, the residents of Maracajás and the surrounding area will continue persevering in the face of hardship; it is what they have always done.

Residents will protest their eviction orders tomorrow, Wednesday, October 4 at 2pm starting from Maracajás Road. Supporters and media are welcome.

Show your support for the community by liking their new Facebook page here.

See a slideshow of the Maracajás Road community below or on Flickr: 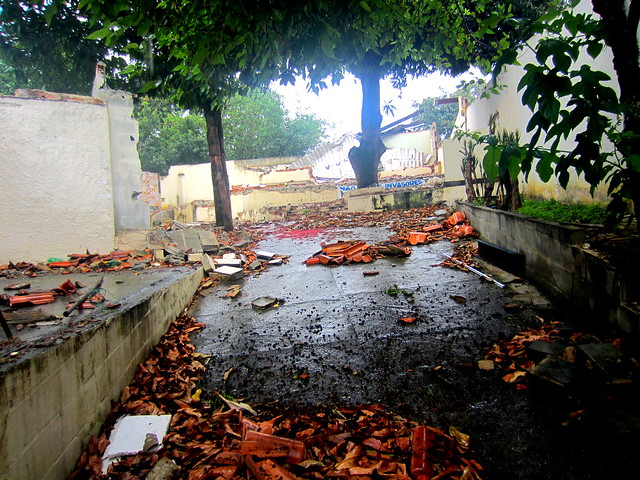 This article was written by Tyler Strobl, and published on October 3, 2017.
in #EvictionsWatch, *Highlight, by International Observers, Violations