Andrew Zimbalist’s edited collection titled Rio 2016: Olympic Myths, Hard Realities is a masterful review of Rio de Janeiro’s Olympic Games and their impact across the city. As regular readers of this site will no doubt be aware, the Rio 2016 Games were an omnishambles, characterized by police violence, favela evictions, environmental degradation, and a litany of other human rights abuses, beyond the corruption and economic consequences that have been written about in the global press.

Setting Rio 2016 in the context of previous Olympic Games, political scientist Jules Boykoff’s first chapter reminds us that this story isn’t just about Rio: “Though it may be easy to wag the finger at the Cidade Maravilhosa—to blame it on Rio—the reality is much more complex. What may seem like Rio problems are actually Olympic problems.” This can be seen in the way Olympic host cities routinely suffer gentrification, militarization, and the social cleansing of marginalized populations.

Journalist Juliana Barbassa’s first chapter documents the broad political and economic context of Brazil in the lead up to the Olympic Games, noting the global economic conditions which were at the heart of the economic recession. She focuses particularly on the construction-industrial complex and the power of construction companies in Brazil, which sit at the heart of the ongoing Lava Jato political corruption scandal. For those (including this author) who sometimes struggle to keep up with the dizzying complexity of this scandal, Barbassa’s chapter is an excellent primer filled with a vast array of detail while still being easy to read.

Vila Autódromo’s struggle against eviction is the focus of urban planner and Catalytic Communities* Executive Director Theresa Williamson’s chapter. Bursting with detailed description, it is a moving and up-close telling of the David and Goliath story of the little favela that took on the Olympics and won. She notes the range of creative protest used by residents of the favela, from participatory urban planning initiatives to an Evictions Museum as well as frequent cultural festivals.

Vila Autódromo, for Williamson, provides a range of lessons for how favela residents can resist evictions, from the legal struggle supported by Public Defenders through the range of events held in the favela to help build unity. The variety of resistance tactics allowed residents to gain the attention of the international media, which publicized their story around the world, putting pressure on the city government to halt the evictions. The strong and diverse leadership in the community continues to support struggles for housing rights in a variety of ways, from the Evictions Museum to sharing experiences at international events, and to participation in protests against the current wave of eviction threats.

Renata Latuf de Oliveira Sanchez and Stephen Essex analyze Rio 2016’s legacy through the lens of architecture and urban planning. They note that extravagant spending on ‘starchitecture,’ common at recent Olympic Games, was mercifully limited to the Museum of Tomorrow in Rio. While initial plans for the Olympic park and other urban areas included mixed-use areas with a great deal of public space, plans were often changed, reflecting developers’ desires to profit. The authors conclude that Rio 2016’s urban planning projects are best “characterized by the distance between them and the city’s inhabitants.”

Journalist Jamil Chade gives a refreshing insight into the task of journalism at the Olympic Games and the systematic manipulation of the media that the Rio Olympic Organizing Committee engaged in. While the barrage of negative stories about pollution in Guanabara Bay might have seemed like bad press, Rio 2016 media gurus were encouraging reporting on the issue to distract journalists from widespread corruption in the organization of the Games. Fortunately, it seems the police weren’t so easily fooled, with organizing committee boss Carlos Nuzman arrested in October 2017, former Rio state governor Sergio Cabral in prison, and former Mayor Eduardo Paes under intense legal scrutiny for his role.

Barbassa’s second chapter focuses in on the public security policy of ‘pacification.’ She describes the beginnings of the policy as a well-thought out, intelligent idea to transform the role of the State in Rio’s favelas. This new mode of policing was to be drastically different from the entrenched approach of racism, brutality, and suspicion towards favela residents. Indeed, she notes that in its early years, the policy was widely regarded as successful—for good reason, Pacifying Police Units (UPPs) resulted in a 75% drop in the rate of deaths at the hands of the police, and 92% of residents in UPP favelas approved of the program. 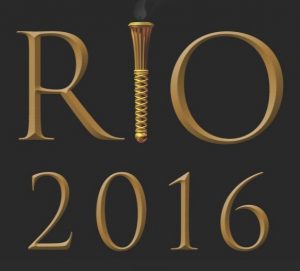 So what went wrong? According to Barbassa: quite simply, the Olympics. Pacification became part of Rio’s Olympic project (whether it was always intended as such, Barbassa leaves ambiguous), helping the city win the right to host the Games just one year after Santa Marta received the city’s first UPP. The Olympic deadline meant that instead of consolidating gains made in the early years before expanding, the program became overextended, scaling too fast, most notably into Complexo do Alemão. Without fully trained pacification officers, the army occupied the large North Zone favela complex and animosity between residents and their occupiers built up. As the economic crisis hit, scarce resources became scarcer and the specter of crisis grew, with despondent favela residents more likely to trust traffickers than police. While drafting in the army secured the city for the duration of the Games, the current security crisis, Barbassa argues, is the legacy of pacification being hitched to the timetable of mega-events, of a security policy ‘for the English to see.’

Boykoff’s second chapter focuses in on the environmental legacy of the Games, or rather, the lack of it. Since the International Olympic Committee (IOC) embraced the language of sustainability in the 1990s, potential host cities have been required to promise environmental legacies in order to win the right to host the Games. Rio promised to clean-up Guanabara Bay, plant trees to offset the Games’ carbon footprint, and install new water treatment stations. As the Games approached, every environmental project was abandoned. Yet despite this utter failure, Rio 2016 had the gall to make the environment the centerpiece of their opening ceremony, promising an athletes’ forest of just 11,000 trees (a drop in the ocean compared to the 34 million promised). Even this paltry forest has not been started due to funding shortages.

In the final chapter, economist Andrew Zimbalist takes us through the cost of hosting the Games. With many figures thrown around by organizers, the wealth of information can be more confusing than clarifying. Zimbalist takes us through how the Rio Olympics cost at least US$20 billion, with just 9.2% of that coming from the private sector. Revenues were limited to US$3 billion, and tourist numbers showed no discernible increase during the Games. As the rest of the book shows, there is little hope for any long-term benefit from hosting. Rio 2016, as a majority of Brazilians predicted before they even began, did more harm than good to Rio.

Rio 2016 is an excellent review of the dreadful consequences of hosting the Olympic Games in Rio de Janeiro. This author’s only criticism of the book is that it’s too short: a range of issues upon which Brazil’s mega-events had an impact have been left out or under-discussed. This includes the healthcare emergency and education strike brought on by budget cuts, the deep structural issues of racism and sexism in Rio, violations of the right to protest, widespread favela evictions (which are only discussed in detail in Vila Autódromo’s unique case), the closure of community sport facilities, and misplaced priorities regarding urban mobility (which despite massive investment actually got worse).

The Olympics isn’t going to stop rolling roughshod over host populations either, whether it’s the destruction of a sacred forest in South Korea, the evictions of elderly residents in Tokyo, and who knows what human rights abuses await residents of Beijing (again) as the city prepares to host the 2022 Winter Games. Cariocas, the local term for Rio residents, freed from the shackles of hosting mega-events, can again begin to think about creative and imaginative ways to improve their city. After they clean up the mess left by the IOC and its local cronies, that is.

*RioOnWatch is a project of the NGO Catalytic Communities.

Adam Talbot is a lecturer in the sociology of sport at the University of Abertay, Dundee. His research focuses on protest, human rights, and the Olympic Games.