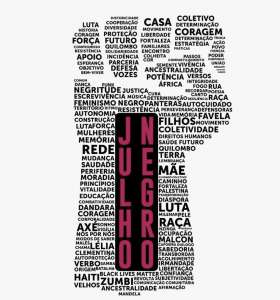 Julho Negro (“Black July”) is a joint international event against militarization and racism around the world. This year, it is being held from July 23–27 in Rio de Janeiro with participants from over fifteen countries, including Palestine, Chile, Colombia, South Africa, the United States, Argentina, and India, among others. The objective is to provide a forum for these movements to denounce the ways by which these States have treated the impoverished in each territory.

Julho Negro is organized by mothers who have lost their children to police violence, as well as broader favela movements in Rio de Janeiro. In previous years, Julho Negro connected with organizations such as Black Lives Matter in the United States and mothers and relatives of victims from Palestine, Mexico and the Association of Haitians in Brazil. All of the activities will be held in favelas in Rio de Janeiro.

July 24 from 9 a.m. to 4 p.m. – Visit to the Terra Prometida Settlement of the Landless Workers Movement (MST) in Nova Iguaçu – a day of experiences.

*5 p.m. – Healthy Snack and Tea with Ivanir Mendes, Network of Communities and Movements Against Violence.

Our Dead Have a Voice– Documentary, 28 minutes.
Synopsis: The narrative of the documentary stems from the testimony of family members and victims of state violence in the Baixada Fluminense. Taking violence as a starting point–but not limited to the crudeness of the violence practiced–the short film intends to focus on stories experienced through these losses. Based on testimonies of family members and archival images, the aim is to revive memories of these broken lives by bringing a critical view of police action in the Baixada Fluminense, especially with regard to violence against black youth.
Directed by: Fernando Souza and Gabriel Barbosa
Produced by: Quiprocó Films
Organized by: Fórum Grita Baixada and the Human Rights Center of Nova Iguaçu

Who Killed Gilberto? – Documentary, 4 minutes.
Synopsis: Another young man lies dead on the ground in the favela after an intense shootout between the Armed Forces and traffickers in Rio de Janeiro. The people protest!
Directed by: Josinaldo Medeiros
Produced by: Na Favela

Sweet Dreams – Documentary, 20 minutes.
Synopsis: This fictional documentary addresses mother-child relationships and the difficulties of subsistence for black, geographically and socially peripheral families. With accounts from black mothers from favelas who tell their stories of resistance, loss, and taking a stance, the film (re)constructs an anachronistic narrative–familiar to all peoples of the black diaspora.
Directed by: Macário Silva and Arthur Pereira
Produced by: Audiovisual Production Training Workshop
Organized by: AfrOri Collective

After the exhibition, there will be a debate with Mônica Cunha of Movimento Moleque; Alan Brum of Instituto Raízes em Movimento; Fernando Souza, director of the film Nossos Mortos Têm Voz; and Josinaldo Medeiros, director of the film Quem Matou Gilberto? and member of the Campaign for the Freedom of Rafael Braga.

*5 p.m. to 7 p.m. – Act Against Militarization and Racism in the World, gathering in front of the National School of Law at the Federal University of Rio de Janeiro.

Julho Negro is taking place from July 23-27, 2018, in locations throughout the city. Organizers are crowdfunding to cover travel and lodging costs of activists invited from around the world. Click here to donate. For more details and updates on the event, follow Julho Negro on Facebook.