This text was originally published by Thainã de Medeiros on his Facebook profile.

You guys are really cool and smart and all that… but I have good reason to suspect that most of you don’t read the news that you share. You share it based on just the headline and that’s it! You’ll add a few lines about how absurd such and such is and blah, blah, blah—even when the article is actually about something else. Or, as is often the case, the news is years old. This distorts facts and creates more fake news.

Yet more, you use your pedantry to delegitimize working-class people who shared fake news during these past elections.

I was disgusted with the elected candidate’s strategy too, but this segment of the population is not responsible. The blame belongs to the candidate himself! Most poor people have data packages that only include WhatsApp and Facebook. They’re from places where news is just read off the headlines. You know that sense of superiority in telling a poor “Bolsominion” (Bolsonaro supporter), “Look it up on Google?” That person doesn’t have access to Google. The candidate used a dirty tactic to exploit this gap and spread fake news. 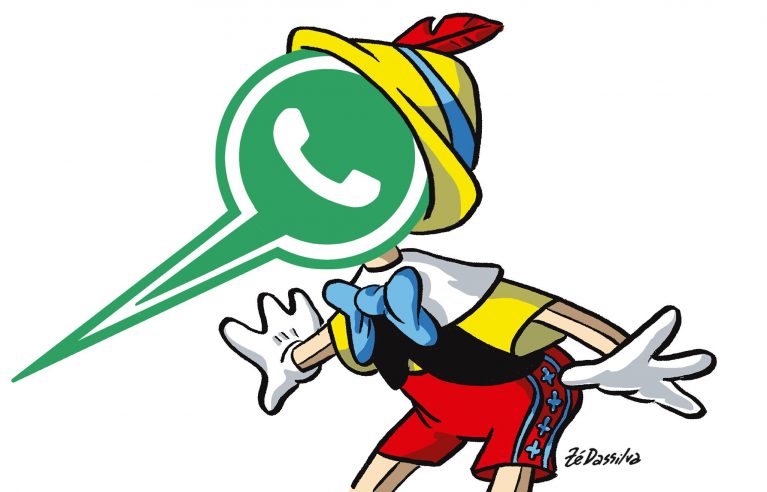 Before pointing your finger at the working class people who spread fake news, point it at the candidate. And don’t forget to point it at yourself! Your degrees do not exempt you from responsibility. Because if the reality is that the poorest part of the population can only access the news through Facebook, that means that you can also feed into this platform of real news, capable of reaching this segment of the population. But for this to happen… you need to have these people in your feed. You know the cleaning person who is constantly posting things about Jesus? I’m talking about her too. It’s no use establishing a professional relationship with your peers at the office while ignoring the receptionist who works there too. The “good morning” you throw her way is not enough anymore. We are in the digital age and if the “good morning” is not converted into social media communication, we will be missing out. And do you know who says “good morning” every day on these platforms? The cleaning person at your workplace—and you ignore all of them.

Having working-class people on your Facebook feed will bother you. We love to say “good morning” in group chats and share pictures of our weekend barbecues with photos from our favela, our family. We like to look good in photos and sometimes we go over the top with our Instagram filters, creating an aesthetic effect that you’re not used to—something that you would call “tacky.” It doesn’t bother us; we keep doing it because we feel good about ourselves. We share news all the time! Lots and lots of news! News you will not agree with. Your finger will itch to block us. But it’s not only our aesthetic style that has a different filter—the news that we share does too.

Want to do something to fight fake news? Allow new aesthetics and narratives onto your timeline. Interact with them. Help to modify this algorithm that made us lose the election. Also, read what you share before posting it. I know you don’t read it. I click on most of the headlines that grab my attention and… anyways, you definitely didn’t read what you shared.

Thainã de Medeiros is a museologist and journalist, born in Complexo da Penha. He has lived in Complexo do Alemão for four years. He’s part of Coletivo Papo Reto, a media collective that uses audiovisual material as a way of disputing narratives about favelas and defending the community against human rights abuses.