With Rio’s municipal elections approaching next month, a lot is at stake for the city’s crucial approaching years. These elections mean mayor and city council, but what if they meant more? Could a city like Rio benefit from participatory democracy?

With social issues, inequality, and a long history of marginalizing favela residents, it’s certainly not difficult to imagine the ways that Rio might benefit from participatory democracy and increasing transparency. However, a closer look at the system employed in my home state of California presents a range of outcomes from great successes to epic failures that should serve as both positive examples and cautionary tales for how direct democracy could function in Rio. Created and passed by governor Hiram Johnson in 1911, the initiative process system still holds firm stating that any California resident can write a proposed initiative to add, alter, or amend the state constitution. The proposed initiative is submitted to the California Attorney General and supporters then have 150 days to collect signatures. A minimum of 8% of the people who participated in California’s most recent election for governor is required to qualify for the ballot. A simple majority of those voting in the next election can make the initiative become law.

There are many cases where this system has improved the lives of Californians. Proposition 10, approved by voters in November 1998, is one encouraging example. Known as the “Children and Families First Act,” prop 10 is a 50 cent tax on cigarettes and proportional tax on tobacco products which funds early childhood development programs. After it was passed, revenues for the Children and Families First Program went from $US 400 million to $US 750 million in the first full year it was in effect and led to the creation of the First 5 program.

Not all propositions truly benefit the people of California but fortunately voters often fight back and reject propositions that will have negative effects. In 2010, proposition 23 was put on the ballot, with the intention of suspending the state’s “Global Warming Solutions Act of 2006.” With considerable financial backing from oil companies, the proposition was to abolish the law that fights against the causes of climate change and establishes a program to reduce green house gas emissions from all businesses, and therefore cease to hold businesses in California to an environmentally responsible standard. Fortunately, California voters saw the negative effects this would have on the environment and rejected it, with 61% of the electorate voting No.

This system, however, certainly doesn’t produce all positive outcomes. Participatory democracy has grown wildly complicated and subject to corruption and manipulation. Advertising, and the money necessary to provide it, taints participatory democracy’s true intentions that average citizens should be able to fight for their rights through the democratic process. Today, tens of millions of dollars go into both supporting and opposing ballot measure campaigns and therefore, not only is it now impossible for an average citizen to pass a proposition, but also, voters are wildly manipulated and swayed by advertising and equivocal rhetoric.

With June 2012 elections imminent and support for a $1 tax on cigarettes to fund cancer research growing strong, Big Tobacco increased funds for the opposition four-fold, pumping in over $US 40 million in three months. This increase in financial support directly correlated with the public’s opinion on the proposition, as support dropped from 67% to 53% from March to May. Voters are therefore subject to exploitation from multi-million dollar ad campaigns and are often unaware of their votes’ purpose, consequences, and fiscal impact. Average citizens can easily transform into pawns.

This same problem might easily be the main issue for Rio in implementing participatory democracy. In a city infamous for inequality and marginalization of the poor, it is easy to imagine powerful groups using strategies similar to those that have been used to sway voters in California via advertising, false promises, and misleading language, all of which is reminiscent of the populist politics that has famously plagued Brazil and Latin America since the early 20th century. 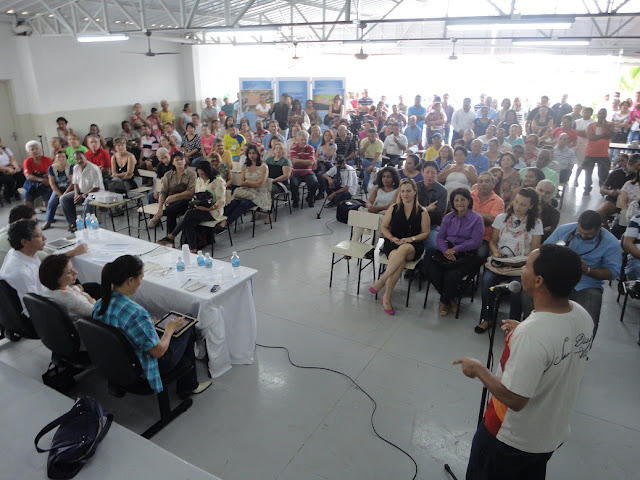 However participatory democracy is by no means foreign to Brazil as a participatory budgeting, now in dozens of Brazilian cities and hundreds of cities worldwide, took hold in Porto Alegre in 1989. An innovative program to end hunger in Belo Horizonte has also caught international attention. Yet no such programs have ever been introduced in Rio. and  With Rio today developing at such a rapid rate, it is imperative to protect the rights of all its citizens, which is where participatory democracy could see vast success in ensuring justice and welfare. If a system of participatory democracy were to exist that did not succumb to manipulative advertising, holding true to a democratic system run by the people and for the people, all of Rio’s citizens could potentially gain much more of a voice in municipal government.