This article is the second in a two-part series in which representatives and residents of the Baixada Fluminense region of Greater Rio de Janeiro analyze the security policy tendencies of Governor Wilson Witzel, who took office on January 1, 2019. For part one click here.

Following up on how representatives of the Baixada Fluminense and from the city of Rio de Janeiro analyze Governor Wilson Witzel’s public security plans, according to the perspective of Cameroonian philosopher Achille Mbembe’s concept of necropolitcs, we begin the second piece in the series.

In his Necropolitcs essay, Mbembe talks about “neocolonization.” The comparison with the colonial period occurs because current politics involve relationships of subalternization similar to those imposed upon colonies in the past by their colonizers. Said in other words and adapting the idea to public security: authorities demarcate territories they consider hostile, according to political decisions that warrant that fighting violence always demands a growing use of force. After all, Mbembe’s necropolitics is not only about the mechanisms of death in itself, but also the exposure to the risk of death, sociopolitical marginalization and about social-political contexts where killing becomes a plausible choice considering State domain over black, poor and marginalized bodies.

As a result, neocolonial occupation of space demands the affirmation of physical and geographical control over the bodies of that territory, demarcation of areas of danger, forming a new set of “social and spacial relations.” This new set of relations produces borders and hierarchies, zones and enclaves; the classification of people according to different categories, according to Mbembe. The belligerent public security policy of Witzel’s government has the potential to impact favelas and peripheries directly, by the control of these bodies, the demarcation of their territory as hostile and the classification of their residents as dangerous.

Public Security and Right to Life in Witzel’s Program

This apprehension is clear in the five points of dissent with Witzel’s government program presented by Casa Fluminense, a civil society organization that protagonizes public policies for all of metropolitan Rio. In the text, the Casa compares proposals in Witzel’s government program with those of Agenda Rio 2030—an agenda built in collaboration with a wide network of people and organizations from the regional civil society, among them the Fórum Grita Baixada and agreed upon with many candidates, with the intention of following, diagnosing, proposing, mobilizing and influencing public policies in the metropolitan region including the Baixada Fluminense. Concerning the proposals for “Public Security and Right to Life,” Casa Fluminense is worried about the new governor’s proposal to authorize the execution of criminals, based on the so-called exclusion of unlawfulness of Article 23 in the Criminal Code, also known as the “slaughter law,” already mentioned in the first part of this series. 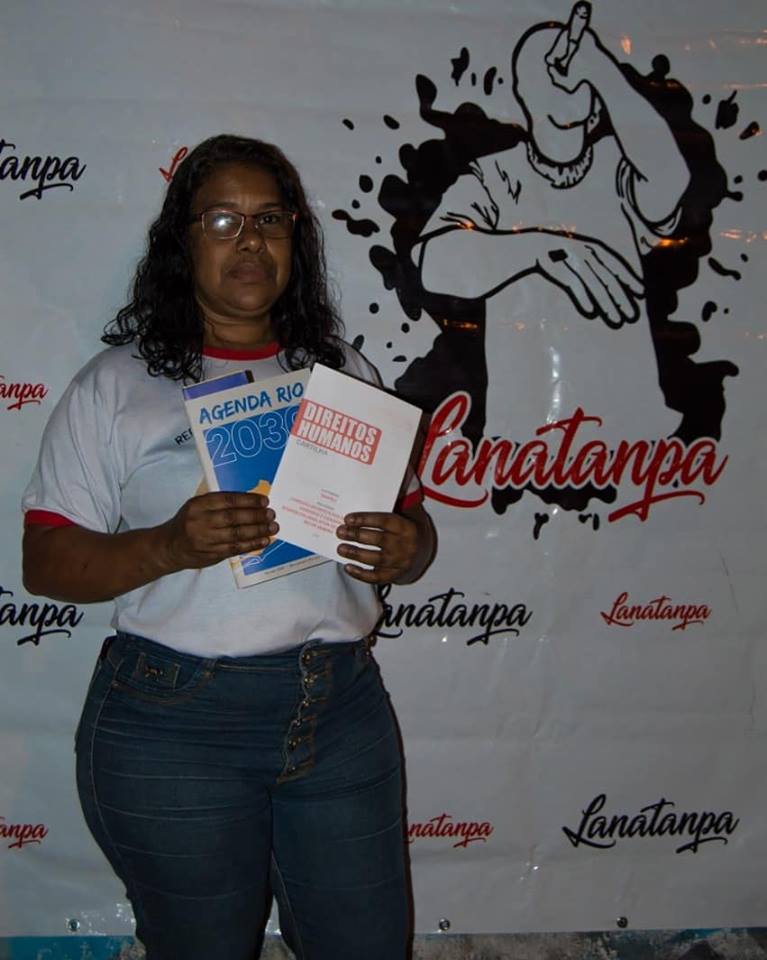 According to Casa Fluminense, beyond the intense debate on the legality of this type of measure, it is believed that “the logic of confrontation in the fight against crime will cause even more violence and deaths, that will affect not only the residents of favelas and peripheries, but also police officers. If we look up the definition of ‘slaughter’ in the dictionary, we find “The killing of animals for food; ‘thousands of calves were exported to the continent for slaughter.'” We cannot naturalize this type of approach in public security, using a word used to kill cows and chicken as a solution for urban violence. This dehumanizes us and takes us to a dangerous place, in which the preferential victims are black, poor and young residents of the favelas.”

How are the Militias a Part of this Scenario?

Beyond that, even if he shows a will to fight criminality in the favelas, Witzel barely speaks about how his government will face one of the main criminal factions active in the State of Rio: the militias. With economic power that counts with the support or connivance of secretaries and other public administrators of many cities in the Baixada, the militias employ another kind of territorial control in poor communities: small plunder in the form of security fees or through irregular businesses.

It is known by many residents of the region that the power harnessed by the paramilitary groups that form them was built on the basis of a large number of murders, a territorialization built with blood. However, they are far from being a novelty. A generation of parliamentarians that originated in the armed forces and from the public security network, that has been in power for years in the Legislative Assembly of the State of Rio de Janeiro (ALERJ) and in many city councils, was unable to prevent the expansion of militias or decrease the number of massacres and forced disappearances in the region.

The Perspective of Baixada Fluminense’s Residents

Marta Batista, who lives in Belford Roxo, reports a daily routine of deaths. According to her, as soon as she gets to her neighborhood there is news that another young resident has been murdered. “In the Baixada the massacres are frequent, places dominated by death squads, where the militias have been gaining total power. This “cleaning the neighborhood” logic unfortunately is well known by anyone who lives here, and Witzel’s discourse makes the ‘owners’ of the neighborhood feel empowered,” says Marta.

In her opinion, the new public security policy determined by the new governor shows no concern with the possibility of more lethality being registered in peripheral areas due to armed conflict. “This shows that we’re going to continue with a public security that uses lots of bullets but not intelligence, that generates death and trauma and does not solve the issue of violence. Witzel won because he was Bolsonaro’s candidate, and Bolsonaro had and still has many followers in the Baixada. The easy and shallow reasoning to solve problems has won many fans that still haven’t understood that the guns are pointed at the peripheries and favelas,” Marta says.

Who also shows lots of distrust about this bullet policy is historian and activist Nivea Raposo, a member of the Network of Mothers and Family Members Victims of State Violence in the Baixada Fluminense. Her son was murdered by militia members. The story of her mourning turned into struggle reached the movie screens thanks to the documentary Nossos Mortos Têm Voz (Our Dead Have a Voice), produced by Quiprocó Filmes and presented by the Fórum Grita Baixada and the Nova Iguaçu Diocese’s Center for Human Rights.

Beyond exposing that Witzel’s public security is anchored in institutional racism camouflaged as a fight against drugs, she says that it is necessary to realize that this phenomenon occurs in places that are already criminalized by a part of society. “This way, this part of society demands the government for a more repressive policy. I believe that if there were an investment in the political education of the people, we could start dreaming about a democracy in every meaning of the word,” says Nívea.

Marilza Barbosa, representative of the Frente Estadual pelo Desencarceramento (State Front for De-incarceration), believes that Witzel will legitimize a practice that has always happened, especially in the Baixada Fluminense: the extermination of young, black and poor favela residents. “Witzel and Bolsonaro’s election is the result of how this society is, how it sees the black, poor and peripheral population. This extermination will also reflect in the prisons, because the over-incarceration will carry on in a place that is a human grinder, since it produces a large number of deaths, both in the prison system as well as in the probation units. Not to mention the justice system, that is also negligent,” she concludes.

This article was written by Fabio Leon and produced in partnership between RioOnWatch and Fórum Grita Baixada. Leon is a journalist and human rights activist who works as communications officer for Fórum Grita Baixada. Grita Baixada is a forum of people and organizations working in and around the Baixada Fluminense, focusing on developing strategies and initiatives in the area of public security, which is considered a necessary requirement for citizenship and realizing the right to the city. Follow the Fórum Grita Baixada on Facebook here.