The autonomy that women achieved through Bolsa Família is under threat, according to one researcher: “It is a true genocide.”

The combined forces of the current economic crisis and the lack of effective social welfare policies have hit women the hardest, as they tend to be the ones assuming caretaking roles in their families. When social programs are cut or suspended in the name of fiscal austerity, the crisis becomes even crueler for poor women who rely on this government support. They must fight tooth and nail to keep hunger out of their homes.

“Women tend to assume a leading role in our traditional family structure. Often, in poor or extremely poor families, the woman—that is, the mother—is the companionless head of household. Sometimes, a grandmother may fill this role. And, in cases of extreme poverty, that family may be plagued by frequent hunger,” notes Francisco Menezes, a researcher at the Brazilian Institute of Social and Economic Analysis (IBASE) and a specialist in poverty and inequality. 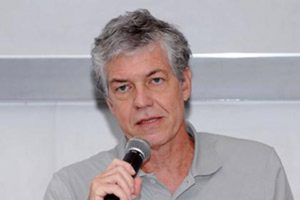 Since 2017, as the country has delved into deeper economic crisis, Menezes has warned that Brazil is at risk of returning to the United Nations’ World Hunger Map, which it left in 2014. A country is placed on this map when 5% or more of its population experiences food insecurity. In 2014, Brazil dropped to 3.5%.

“Unemployment and the recession have worsened the living conditions of the most impoverished sectors of the population. With that in mind, social programs should have grown. But that is not what has happened—quite the opposite. Austerity has prevailed and, despite that, Brazil has blown through its public-spending roof,” adds Lena Lavinas, who holds a Ph.D. in Economics from the University of Paris and is a professor at the Federal University of Rio de Janeiro (UFRJ).

In the state of Rio, at least one in six households faces severe food insecurity. That is to say, they lack access to baseline provisions, according to data from the Brazilian Food Insecurity Scale (EBIA) published in 2014. In times of scarcity, women tend to take charge of finding food for their families.

“Women have much more initiative than men. They search for alternatives. They turn to neighbors when they need to; they rely on a network of social solidarity,” Menezes explains. “And that support may come from many sources—not just from charity, but also from relatives and from the church.”

“The Brazilian state has failed to recognize women’s role in sustaining their households more efficiently. The gender pay gap is large and the government has tried but failed to compensate for it. Bolsa Família and other social programs do constitute a social safety net, but they are not enough to turn around the situation of inequality,” affirms Marcelo Neri, director of the Center for Social Policies at the Getúlio Vargas Foundation (FGV), the largest political science think tank in Latin America.

Since 2016, Walquíria Leão Rêgo—a sociologist and political science professor at the Institute of Philosophy and Human Sciences at São Paulo‘s State University of Campinas (UNICAMP)—has dedicated herself to researching the lives of women in the countryside of Alagoas and Ceará states in Brazil’s Northeast. In her interviews, she has documented the reality of women who have used Bolsa Família to assume prominent roles in their households, and who are now seeing their means of survival threatened. Over the years, Rêgo has studied how women have achieved autonomy through the program. Now, she says, these gains are at risk: “The deepening of cuts to Bolsa Família will not only reduce these women’s autonomy but also compromise their lives and the lives of their children. It’s a true genocide—principally for women in the countryside who have nowhere else to turn.”

“Cuts to the program are being made under the pretext of combatting fraud, even though they are often arbitrary. In some cases, cuts have been quite cruel, coming as people experience short-lived spikes in income due to seasonal employment. In recent years, I’ve found that the picture has changed significantly. There is an environment of fear and anxiety—and, worse, a strong feeling of powerlessness,” Rêgo notes. She is the coauthor of the book Money, Autonomy and Citizenship: The Experience of the Brazilian Bolsa Família (program).

“I observed a strong church presence in many of my field sites. A small room and some plastic chairs are enough for a church to set up shop. In vulnerable situations, many women are easily seduced by religious fervor and begin to think that they are not poor because they have God in their hearts,” Rêgo elaborates.

She points to the ways in which extreme poverty has led many of these women to experience what she calls “permanent knowledge loss.” She explains that these are women whose grandmothers dedicated themselves to embroidery in the Northeast of Brazil and to sculpture in the Vale do Jequitinhonha, in the state of Minas Gerais. “This knowledge has been appropriated by the rich, who sponsor certain select communities to stock their fancy boutiques in São Paulo and Rio.” The result is less work, less autonomy, and more poverty.

For Natália Fontoura, a researcher at the Institute of Applied Economic Research (IPEA), violence exacerbates all of these conditions—especially for impoverished women.

While gender-based violence affects women across social classes, support networks for low-income women are more limited. They often lack housing alternatives and the means to hire a lawyer. In cases of domestic violence, it is common to hear women saying that they cannot leave their homes because they have nowhere else to go. Indeed, if the government has neglected to provide sufficient education and healthcare, it has been even slower to resolve conflicts and punish aggressors. 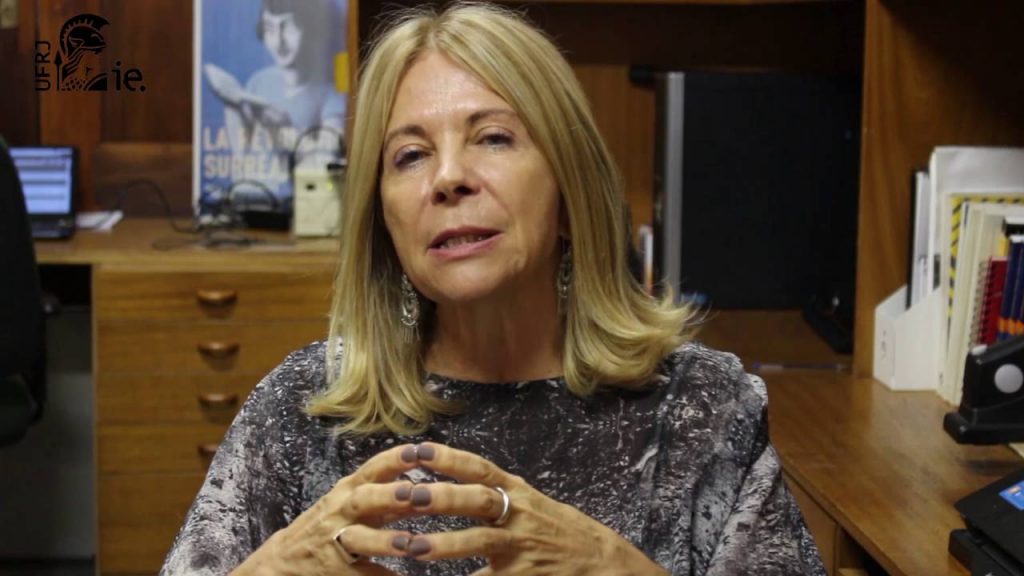 Both Fontoura and Lavinas agree that public policy has insufficiently addressed the needs of the hardest-hit sectors of the population and that this has magnified issues of hunger, malnutrition, and infant mortality. As such, they believe it is necessary for the government to allocate funds for public daycares, full-time schools that offer two or more meals, and re-opening senior care centers, all of which would make it easier for women to seek out better-paying jobs.

“Care is considered a female duty, and because of that, the lack of public services in this area weighs heavily on women,” Fontoura elaborates. “How can they work if they don’t have anywhere to leave their young kids? Or no one to look after the older people in the family?”

As Lavinas highlights, while the struggle for gender equality cannot be limited to specific issues, it must push for changes in macroeconomic policy: “If the government retreats and lets the market act freely, without supervision or regulation, then women will continue to be harmed the most.”

An Increase in Infant Mortality

According to Lavinas, a lack of adequate public policy has led to increases in childhood malnutrition, particularly in the one-to-five age range, and in infant mortality. The latter can be attributed to worsening healthcare. 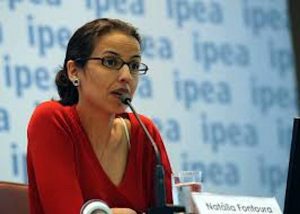 Data from the Brazilian Ministry of Health shows the infant mortality rate growing for the first time since 1990. In 2016, there were 14 deaths for every 1,000 births—an increase of 4.8% from the prior year. Data from the Food and Nutritional Monitoring System (SISVAN) gathered by the ABRINQ Foundation reveal that between 2016 and 2017, the percentage of malnourished children five years old and younger increased from 12.6% to 13.1%.

Natália Fontoura also points to the importance of discussing race. Among poor women, black women are the most affected by cuts to social programs, as they tend to earn less and have fewer job prospects. Furthermore, looking at the rural-urban divide, Fontoura finds additional social differences: “In cities, poverty is often crueler. If you can’t pay, you won’t have access to food. Even more glaring is the stigma that comes with poverty.”

For Fontoura, the burden of care that falls on women across all social classes is amplified in the poorest sectors of the population: “When it comes to hunger, the burden is exacerbated by a feeling of guilt for not being able to feed their kids, which only adds to the suffering.”

This is the final article in a four-part series produced through Agência Pública’s journalism grants contest focusing on hunger in Brazil in partnership with Oxfam Brasil.