On October 3 at 2pm, families protested at the doors of the Rio de Janeiro municipal government offices, demanding the social rent payments promised them following their eviction from urban occupations in April 2018. Removed from the now-demolished IBGE (Brazilian Institute for Geography and Statistics) building—located near the North Zone favela of Mangueira—as part of a repossession order, approximately 200 families now depend on a monthly social rent of R$400 (around US$100). Another 60 families from a nearby occupation in the former Ministry of Finance “Amarelinho” building, demolished in August 2018, depend on the same payment.

The day was hot, and the 20 protesters—mostly women, some accompanied by their children—huddled under the shade of a tree in front of the city offices. They came to demand the immediate payment of their social rent, now more than a month late, from Mayor Marcelo Crivella. One protester held a cardboard sign with the writing, “We want social rent from IBGE. And housing too, Crivella.”

On removing the residents of the IBGE building, the City had promised they would be relocated to a public housing condominium built under the Minha Casa Minha Vida program on the same land. Fifteen months later, works on the promised condominium, to be named Dona Zica (after the late Mangueira samba legend), still have not begun. The families of the Amarelinho building had also looked forward to being relocated in the same area under the Minha Casa Minha Vida program. As in the case of the IBGE families, work has yet to begin. 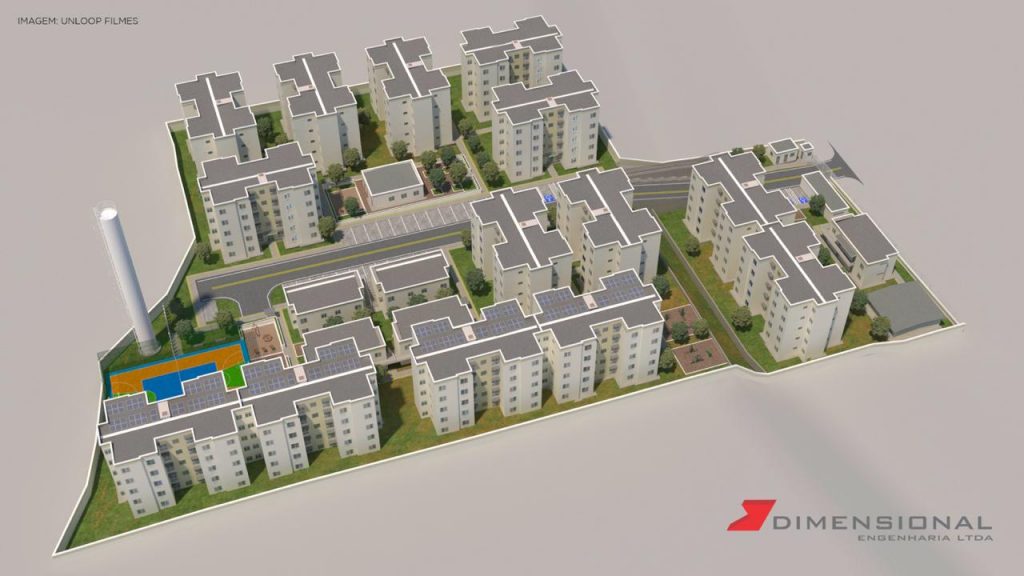 The value of the social rent payment may seem low, but it is fundamental for the hundreds of families that depend on it for housing. In 2001, the City set social rent payments at R$200 per month (around US$100 at the time), higher than the national minimum wage monthly salary, then R$180. But from 2001 to 2018, Brazilian inflation averaged 239%, meaning that a correction in line with inflation would have raised social rent values to R$677 (US$169.25). The current R$400 social rent is less than 50% of the 2019 minimum salary level (R$998, or US$250). The majority of evicted families continue to live in the Mangueira area, where the housing they’re able to find for this amount is cramped and in poor condition. Owing to the delay in their social rent payments, some have been evicted from their homes. The majority of others now face the threat of eviction if they are unable to come up with the two months of rent they owe.

Following the outside protest, participants entered government offices, yelling “Crivella, where are you, I came here to receive [my rent]” and “Hey, hey, hey, I want my rent.” A member of the municipal guard attempted to close the building’s gates to keep protesters out, hitting one of the protesters in the face. Recuperating, the protesters concentrated in front of another government building, continuing there for another half hour before eight municipal guards arrived to keep protesters from entering. Protesters attempted to block the building’s entrance, but were unable. Some sat down outside the front doors before sending a commission upstairs to speak to the Municipal Secretary for Infrastructure and Housing about the delayed payments and promised constructions.

Two protesters, Marta and Ana, made up that commission, heading upstairs. As they entered the building, the others continued their chants, striking pots and pans below. One protester breastfed her seven-month-old baby. At that moment, two boys arrived, saying they too had come to demand their social rent payments. The boys—violently removed from an occupation in the Oi-Telerj building in April 2014 as shock troops tore families from their homes—also reported delayed payments.

According to reports, the delay was not exclusive to residents of the IBGE building, but applied to all those expecting social rent payments from the City. Soon, a tactical group from the municipal guard arrived and parked at the building’s gates, leaving their sirens on. The guards, dressed in bulletproof vests and carrying nightsticks, were part of a group deployed to repress protests, and had likely arrived in case the families chose to grow more daring. Some protesters spoke out, saying that if the guards turned aggressive, they would respond with sticks and rocks.

After a 30 minute wait, the protesters’ commission returned from their conversation with the Municipal Secretary for Infrastructure and Housing. According to the pair, the City had said they would pay out September benefits by October 9, even though social rent payments for October were already due to be paid that week. The City had also said that the promised construction had not yet begun because they are waiting for the Caixa Econômica Federal, Brazil’s housing bank, to deposit the money needed to begin.

Minutes later a team of reporters from Band News arrived. Protesters made their way back to the entrance of the City government headquarters, where a camera crew awaited. As soon as they left the front of the previous building, an officer with the Municipal Guard rushed to wrap a chain around its gates to keep them from entering again.

Outside, protesters gathered in front of TV cameras, giving interviews and denouncing the City’s neglect, relating the economic problems they have suffered because of the delays. At around 5:20pm, after three hours of activity, protesters ended their act and returned to Mangueira.

The Long Fight for Housing

On May 13, 2018, the first of three IBGE buildings was demolished, all of which had been occupied by families. Amid the spectacle put together by the City at the time, the mayor had compared the occupants to slaves: “May 13 is not just Mother’s Day; it’s also the day when the slaves were liberated. And today another senzala (slave quarters) has fallen, perhaps one of the last ones to fall in Rio. It’s gone. The Mangueira senzala has gone. For 25 years many slaves lived here. There’s no other way to describe it. These people were living in the shadows, without water and without electricity, just like in a senzala.”

Despite the mayor’s characterization, the reality is that though the occupation saw residents living in precarious conditions, it still provided housing. As one of the residents said on the day of the protests, “We were happy there but we didn’t know it.” She also said that, though the occupation had its problems, the residents still did not want to leave and end up in this unsafe situation, in which they have no idea when their social rent will be paid.

Many black Brazilians no longer celebrate May 13, as the abolition of slavery on that day in 1888 was inconclusive. Blacks were left without homes, land, education, or any indemnity paid for living years in captivity under slavery. In the same way, the ex-residents of the IBGE and Amarelinho buildings, contrary to the mayor’s words in 2018, are not finished with their fight for housing. They will continue to fight for their dream of having their own, decent homes.