On January 16, the Baphos Periféricos event (Peripheral Gossip) took place at the Parque das Ruínas Cultural Center in Santa Teresa. The event was part of commemorations for Brazil’s Trans Visibility Day (January 29) and was organized by the Baphos Periféricos collective in partnership with the Special Coordinator for Sexual Diversity (CEDS Rio) and the Municipal Secretariat of Culture (SMC). 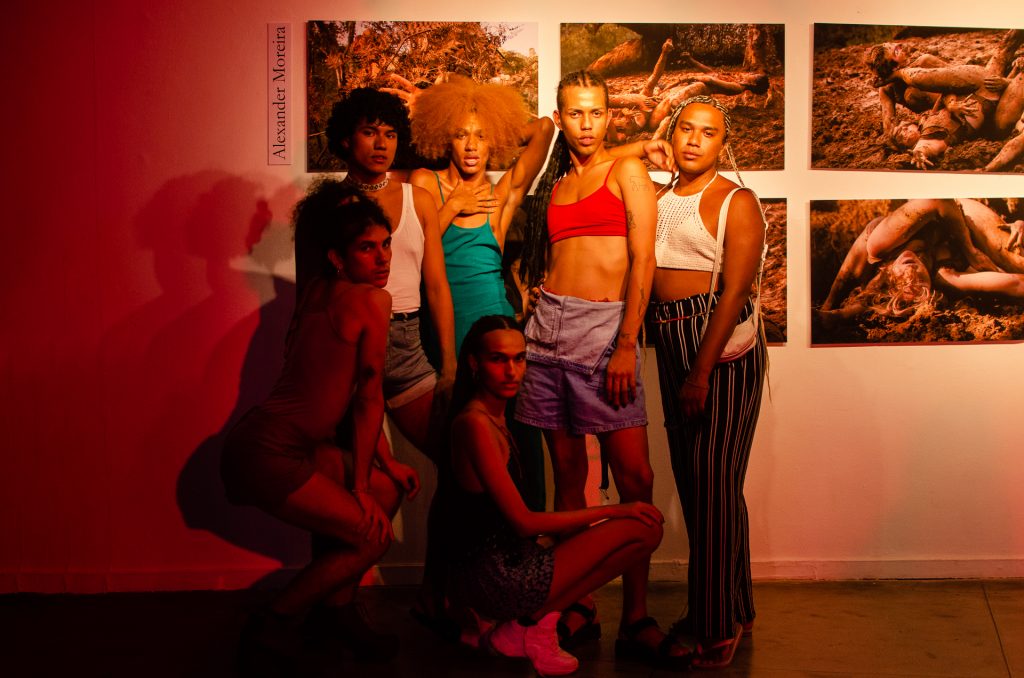 The event, which took place under the motto “Transbordar” (a play on the Portuguese word for “overflow”), featured artistic, musical, and audiovisual expressions focused on the affirmative and identity-based construction of what it is to be trans and transvestite, especially for residents of the peripheries.

The evening opened with the words of Quitta Pinheiro, transvestite from Nova Iguaçu—a city in Rio’s outer Baixada Fluminense region—communicator at the Galpão Bela Maré arts center, and founder of the Baphos Periféricos collective.

Pinheiro spoke of the importance of reaffirming trans identities in peripheral territories and of the importance of bringing these peripheries to other territories. “We are born of the Baixada Fluminense. We grew out of the need for a project that truly promotes LGBTI+ artists in the territory itself. It was really important to put together, for the Parque das Ruínas, a program made up entirely of trans artists from the Baixada. We are building our own possibilities for existence, whatever that may be,” she said.

“Seeing trans artists as references in the Brazilian music scene today demonstrates the creation of our own paths and choices, without the imposition of what we do with our own bodies. Making trans people visible is an obligation for the population as a matter of respect and humanization,” Pinheiro added.

“To highlight trans people from the periphery is to repair a social construction that inhibits our freedom of being,” she finished.

Erick Witzel, the transgender son of Governor Wilson Witzel, also spoke at the event. Witzel, who also works at CEDS Rio, spoke of the importance of trans visibility as well as cultural and artistic production undertaken by trans people.

Filmmaker Bruna Andrade pointed out that trans audiovisual production is important because it produces a transgender and transvestite memory.

During the event, DJs Yu, Aya Ibeji, Ãojo, and Karina Gama played pop and funk, keeping the public pumped up through the night.

In one of the party’s most applauded moments, Marie Marquês held an artistic performance, drawing yells and praise from the crowd.

Following her show, Marquês thanked the audience and brought up the question of the importance of not only celebrating trans culture, but also remembering that Brazil is a country with the highest rate of homicide committed against transvestites and transgender people in the world.

As the event came to an end, the band Ayê played songs elevating Afrobrazilian culture as an enchanted audience sung along.

The event closed with a final speech from Quitta on the importance of transvestite culture and artistic production.

Gabriel Loiola, born and raised in Complexo do Alemão, in the city’s North Zone is a photographer and advertiser. He collaborated in the Praça do Conhecimento (Plaza of Knowledge) project in Alemão’s Nova Brasilia favela.